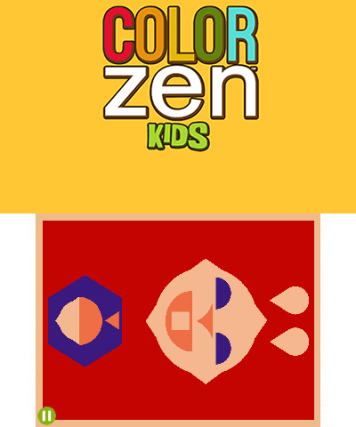 Color Zen Kids is a follow on from the game Color Zen, a puzzle game based around shapes and colours. The games are very similar, so a lot of what I said in my Color Zen review applies here.

Before playing this game I expected it to be a lot worse than the original Color Zen due to the worrying addition of the word “Kids” to the title, but it seems that I was wrong. The combination of yet another great soundtrack and an identical play style to Color Zen meant that this game was a pleasure to play. It did not disappoint in terms of being too simple just for the kids version. In fact, there were only a few changes made to increase the appeal for children, such as the electronic music being slightly more upbeat than in the original game and the inclusion of cute animal patterns. 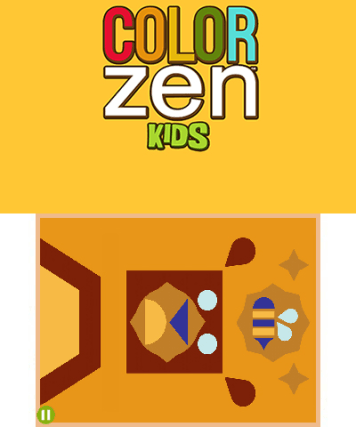 Much like Color Zen the game’s soundtrack was fun to listen to while solving each puzzle. The chilled electronic tones were perfect for completing the low-pressure levels. The difference, as I mentioned earlier, to the other Color Zen game is that it creates a happier atmosphere – one that is aimed at children but doesn’t alienate adults at all. Another aspect I liked is how the patterns in this game seem to be a lot more creative and imaginative compared to the more abstract patterns of the original, by including all kinds of animals as different levels.

The only weak thing about the game is that there are only 6 chapters in total whereas Color Zen had 23, which meant the game was over a lot quicker than I had hoped. After being spoilt by the masses of content in the original I completed this game still expecting more – it felt like I’d been given a delicious, colourful starter but no main course. 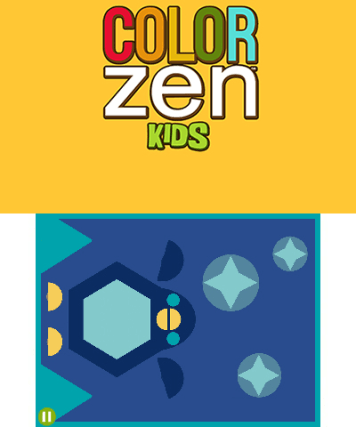 One thing I couldn’t get my head around is why both games cost the same price when Color Zen has more than four times the content than Color Zen Kids. It seems almost unnecessary to have them both as separate when the levels from the Kids version could have been easily integrated into Color Zen as just one big game, or perhaps the Kids levels could have been provided as some kind of cheap DLC for the original. So although I enjoyed Color Zen Kids (and for me at least the tone of this game was more enjoyable than the original), I was let down by the sparse content and low difficulty which allow the game to be easily completed in an hour.

Overall I would consider Color Zen Kids inferior to the original game. It was entertaining to play due to the more pleasant atmosphere and the aesthetically pleasing puzzles, but it was sad to see how few levels there were compared to Color Zen.