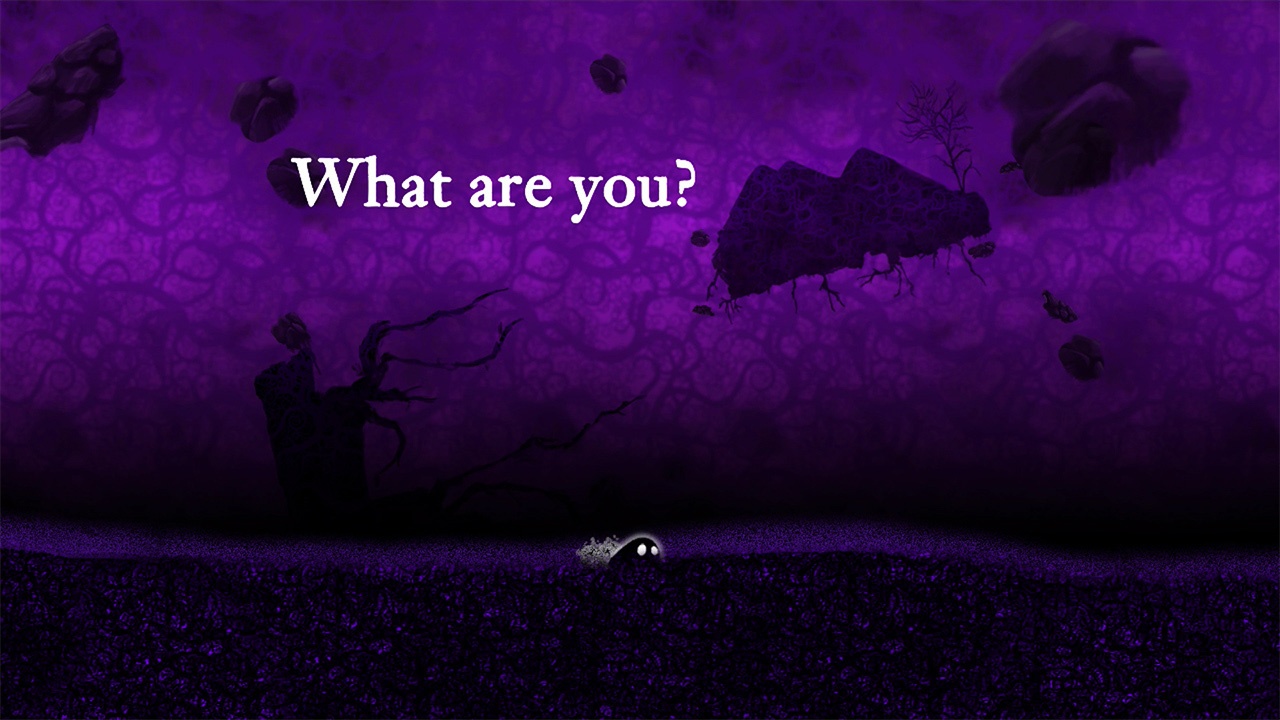 Good platformers in the last couple of years have been running a bit dry, with a new one popping up on Steam every day! Nihilumbra breaks the mould for mobile ports. From the beginning, it draws you in with commentary giving one or two sentences at a time. It gives a very dark and lonely feeling, but fits the overall tone of the game very well. I hadn’t heard of this game until I saw it appear on Steam “recommended for you” tab. Admittedly I didn’t buy the game then, but I wish I did. From the outside, this game looks like most other 2D platformers. I can assure you, it is not. Its gameplay makes you think about each section of the game and the unique level design is truly beautiful. The presentation takes it from another indie title, to something that can rival games such as the crowd favourite Limbo. It is truly something special.

From a gameplay standpoint, Nihilumbra takes some clear from the Portal series with the way you can place different materials on the floor, walls and ceilings to complete stages. But the game gives it its own feeling. With indie titles, inspiration is a key ingredient in trying to break into the big leagues, and with this mechanic being very well-known in the gaming scene, it is nothing short of impressive that they made it their own to great success. 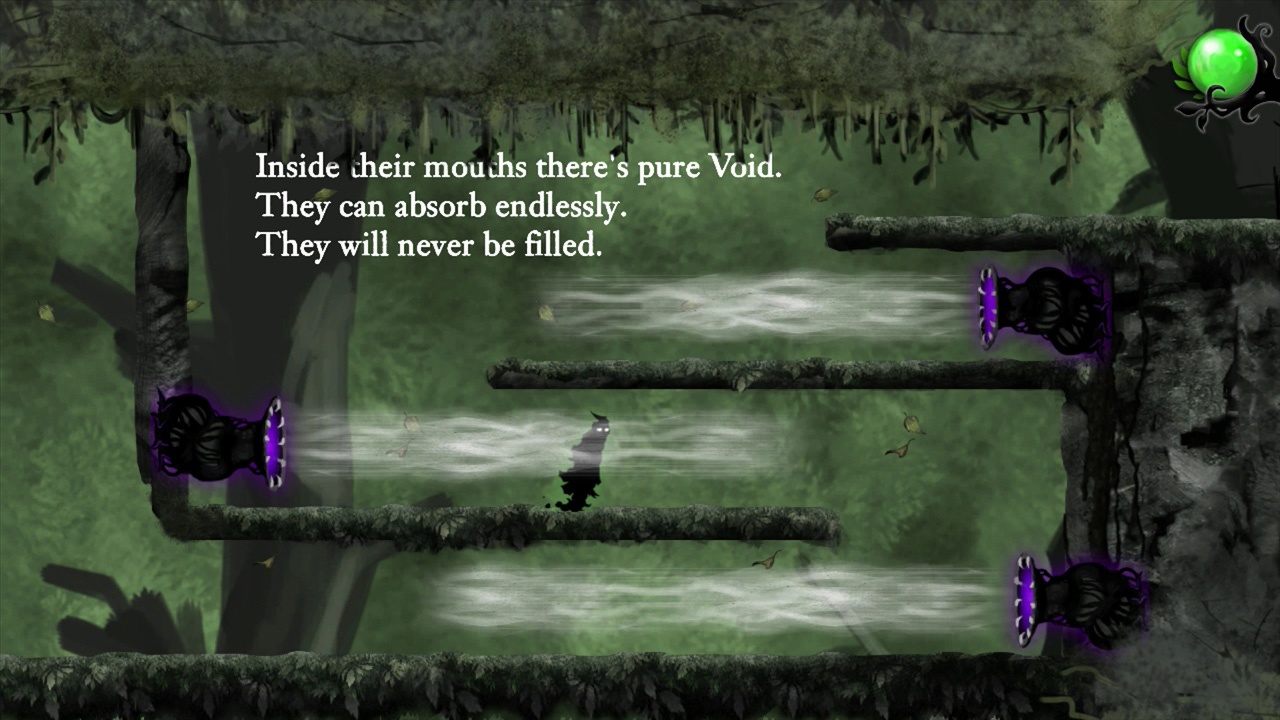 Controls are tight and responsive, and with it being a mobile port, they utilize the switches touch screen flawlessly. Games seem to stray away from using the touch screen on the Switch, and having this be a feature, it is very welcome. The game has you traversing stages that could have been ripped out of a Tim Burton film, while escaping monsters from the void, and the void itself in some cases! You start out as a little black blob with eyes, but shortly into the game you come across a scarecrow. In efforts to blend in, you take the shape of the scarecrow, with the narrator saying “you will never fit in”, it really makes you feel for this character that you know nothing about.

A little while into the game, you obtain your first ability, the ability to spread ice on the ground. This adds quite a few gameplay features such as; running faster (away from enemies or just for a running jump) and making things slide around on the map. This could be anything from boxes on the ground to move onto a button or even enemies sliding off the stages. You also get the ability to put bouncy material onto the stage. This obviously makes you bounce higher but only if you start higher, you can’t gain height whilst on the material which makes you think about how to get that little bit higher before jumping. So with its clear inspiration from Portal with these physics, they make it their own. 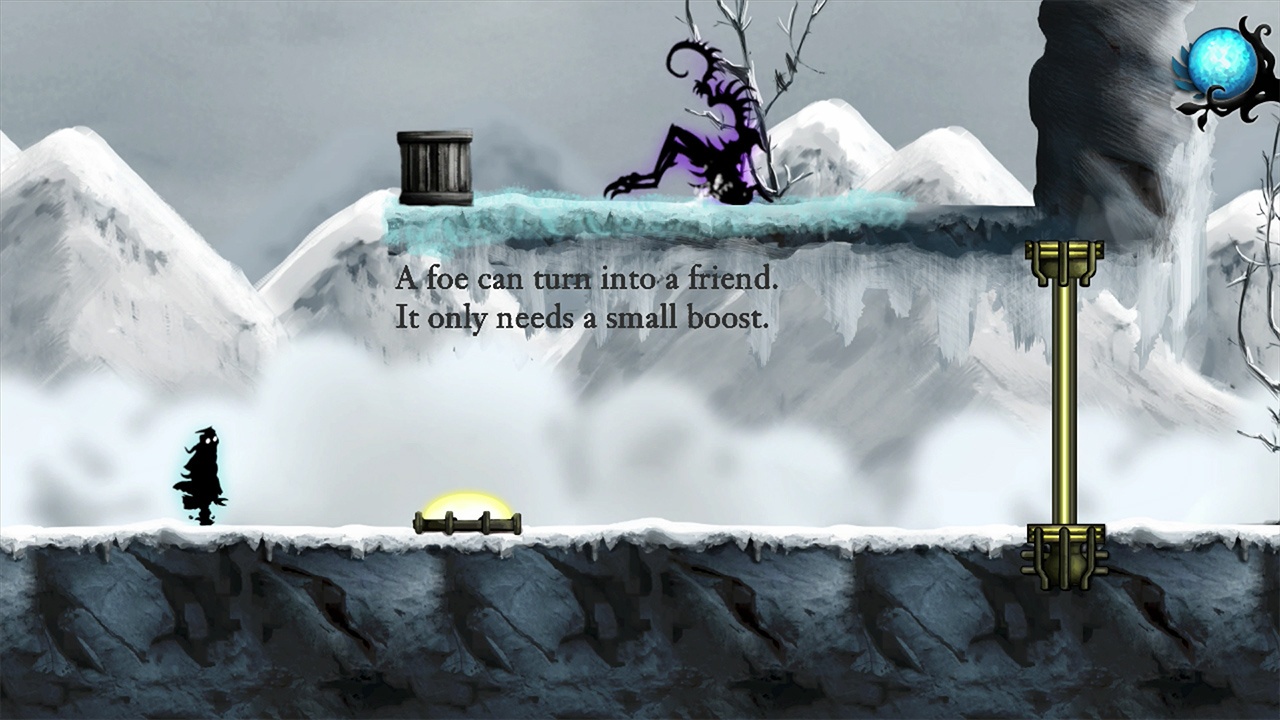 The style of this game is by far my favourite part. I am a sucker for hand drawn, dark platformers. Limbo has always been on top of my list, but this game is threatening that top spot. Limbo has aged well, I feel like that style will never get dated, but Nihilumbra takes the 2D styling and throws Tim Burton styling onto it. The end effect is truly amazing. I get this style isn’t for everybody, but it is definitely worth a look. Also the sound design is a joy to listen to. The narrator is brilliant, offering critical information in the form of witty, dry criticism that could be coming from the mind of your character. More often than not, I find myself going back to stages a ran through just to hear what the narrator has to say. The overall look and styling of the game is extremely consistent throughout the game, and nothing seems out of place. Each area is a joy to look at but doesn’t distract from the stage design.

Nihilumbra is a very good game. From the styling to the tight gameplay, it is an extremely well-polished indie title and a welcomed addition to the Switchs’ library. If you liked Limbo, you will love this. And with its abilities that have you drawing on the stage, it gives you more of an engaged feeling in the game. I would recommend this game to all my friends, and would urge everyone to give this game a look.