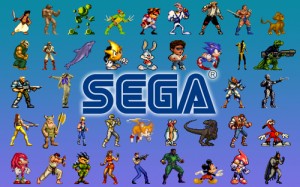 I love Sega. I was a Sega boy growing up and to this day, both my Japanese Sega Saturn and beloved Sega Dreamcast remain plugged in and ready for use. The Dreamcast is my favourite console of all time, Shenmue II is my favourite game, OutRun 2 my favourite racer…the list goes on. Sadly, as great as Sega were (and they really were fantastic), the current state of the company paints a disappointingly depressing picture for fans of that once great Sega blue sky.

Sega still has its moments, and its back catalogue and wealth of intellectual properties ensures that there is still the potential for redemption, but you only need to look at the recently released Sonic Boom (either one, they’re both crap) to realise just how far the company has fallen from grace. Sure, bad Sonic games aren’t anything new, but even by Sonic’s standards, Sonic Boom represents a new low in terms of effort, quality and imagination. There have been bad games in the past, but none have left such an unpleasant taste in the mouth.

You also have to consider that, while Sonic hasn’t been great for a while (with the exception of the decent Sonic Colours and the fantastic Sonic Generations), in the past, Sega would at least have other titles to fall back on….that’s simply not the case anymore. Aliens: Isolation, Total War and Football Manager are the obvious exceptions, but even these are third party games – as great as Football Manager is, it’s not really a ‘Sega’ game is it. Where is Jet Set Radio? Where is Daytona? Where is Phantasy Star?

With the exception of a handful of mobile games that long standing Sega fans (myself included) couldn’t give a toss about, Sega’s output at the moment is both extremely limited, and for the most part, extremely poor.

I thought they had turned the corner a few years back with the release of Sonic Generations, OutRun 2: Arcade, After Burner Climax, Sega Rally Online and Jet Set Radio HD but it appears, for the time being at least, that these releases represented something of a false dawn. I’m not sure what the sales figures were for the above, but they were all conceptually successful in their own right and appeared to show a company embracing their heritage in the correct way.

I appreciate that putting a modern spin on older titles isn’t easy and that some companies struggle to update older IPs for modern day tastes, but Sega don’t have that excuse. Why? Because they created the God damn template. OutRun 2 is one of the greatest racers of all time (it really is) and the absolute perfect example of how to update a classic gaming franchise. It captured the magic and essence of the original and cranked up the technology and content to create one of the decades very best racers. It was essentially like playing OutRun again for the first time…only 15 years later. After Burner Climax too, while arguably a little slight, is a fantastic arcade game, and for the price it was available for, was an absolute steal – I still don’t know why that game didn’t get more attention. 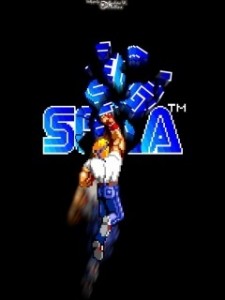 Whatever the case, Sega did show promise, but as they have so often in the past, failed to follow it up with any kind of prolonged success. With the exception of the aforementioned Aliens: Isolation, Total War and Football Manager, Sega are a company that really couldn’t be further from the one that I have loved for so long – the company that delivered some of my favourite consoles and games of all time.

Sonic has been hung out to dry yet again and there appears to be no sign of that classic arcade heritage in anything that they are currently developing. Where are the Sega blue skies? Where are the crazy, unique ideas? Where is Jet Set Radio Future? I appreciate that money and a changing market inevitably has a lot to do with Sega’s current position, but by diluting the brand to such a degree, they are damaging the company’s potential long term success and turning the Sega brand in to a bland corporate logo that will be ignored by the current youth and only spoken of in a revered past tense by 30-somethings like myself.

I’m not expecting a Dreamcast 2, I’ve given up on Shenmue 3 and I begrudgingly accept that we are unlikely to play a new Daytona any time soon, but come on Sega, you can do better than this. Horrible TV tie-ins for your long suffering mascot and money grabbing mobile games? Where is the invention? Where is the sense of adventure? Where is my Sega?