Home
/
Blog
/
Is Ubisoft Going Off The Rails?‏
Share Review 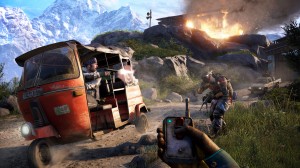 Looking at the numbers, it seems almost absurd to question the on-going success of Ubisoft, but take a look at the critical response to some of their most recent releases, and suddenly, things don’t looks quite so rosy for the French gaming behemoth.

Sure, Assassin’s Creed Unity sold millions of copies, it’s last-gen brethren, Rogue did very decent numbers and the Crew has charted quite reasonably too. Commercially, Watchdogs has been one of the year’s biggest hits, and critically, both South Park and Far Cry 4 have been very well received…..great news, right?

Well, as impressive as the numbers might be, they certainly don’t tell the whole story. Assassin’s Creed Unity, despite being a  commercial hit, has been lamented for its technical shortcomings, while (faces or no faces), the game itself has received a decidedly lukewarm reception from critics and gamers alike. Even Rogue, which did receiver a warmer welcome, above all else, served to highlight a lack of new ideas in an annualised series that is starting to wear a little thin.

Then there is The Crew, Ubisoft’s big attempt at muscling in on the racing genre. It might have received solid (if decidedly unspectacular) initial sales, but a combination of poor to middling reviews and yet another collection of technical issues are likely to see equally middling sales across the holiday season. Yes, it will ultimately do fine, but based upon the initial reaction, can anyone see, The Crew becoming a genuine contender in the genre or a commercially justifiably annual release for the company? Personally, I can’t see it happening.

Admittedly, Watchdogs was a massive commercial hit for the company, but have you played it? Sales were largely driven due to the title being seen as one of the first major ‘next-gen’ releases, and while it was technically sound, there are very few who weren’t bitterly disappointed with the final product. I have no doubt that the inevitable Watchdogs 2 will be a superior game (it certainly can’t be any more bland than the original), but much improved or not, Watchdogs 2 will not carry the same buzz and, if it is to hit the same commercial heights as its predecessors, will have to do so off its own back rather than via a reliance upon on the hype train and a few morally questionable ‘gameplay’ videos. 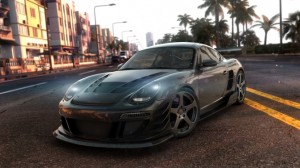 On a positive note, South Park: The Stick of Truth was one of the best games of year, Child of Light was a brilliantly charming RPG and once again, Far Cry delivered the goods with yet another fantastic open world adventure. But even here, are the cracks starting to show? While you won’t find a single complaint from me on either South Park or the equally fantastic, Child of Light, Far Cry 4, while unquestionably a great game in its own right, is basically the same game as its predecessor, only with prettier graphics and a less interesting setting. It’s still brilliant, but how long can the series keep rocking the same template? It’s probably got a year or two left, but the lack of noteable new ideas for Far Cry 4 is slightly concerning.

Of course, Ubisoft will be fine in the short term and, despite the critical response, next year’s already revealed, Assiassin’s Creed Victory will almost certainly will go on to sell an inordinate number of copies, but man, Ubisoft need to be careful if they are to successfully assure their long term success. Ubisoft have not had a great end to 2014 and if they are going to retain the faith of consumers and gaming community alike, are going to have to deliver a superior slate of titles in the coming year – one’s without an array of technical issues if at all possible.