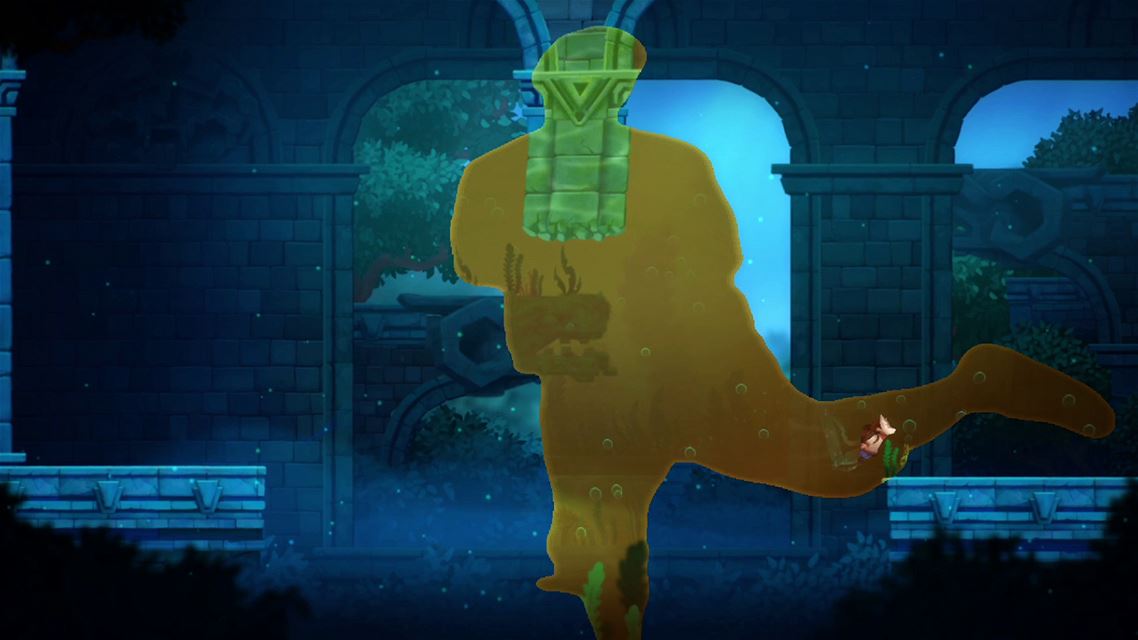 Oh, those poor bastards. Dutch developer, Through Games have created what is undoubtedly the best Kinect game ever. Problem is, they’ve created it two years too bleedin’ late. What should have been proof of concept for the Kinect hardware will instead act as a bittersweet swansong and a hint of what could have been achieved via the much maligned but still technically impressive Kinect hardware.

Starting out as an experimental Game Jam prototype by seven students shown off during the Microsoft press conference at E3 2014, this young development team took that strong early concept and worked on it for two years, subsequently creating what is arguably the first genuinely excellent Kinect-only game for what is now a largely Kinect-free world.

Yes, there are still Kinect’s hanging about (I still have mine plugged in – albeit primarily for voice commands), but the world has moved on – more worryingly, Microsoft has moved on. With the Xbox One S requiring an unwieldy adaptor and Scorpio unlikely to have anything to do with it, the Kinect already feels like an anachronism; a reminder of the Xbox One’s early trials and tribulations. FRU might make excellent use of the Kinect, but there simply isn’t a game in the world that could change the fortunes of Microsoft’s once popular motion controller (people seem to forget that Kinect was initially a huge hit).

It’s a shame too, as the fact of the matter is, not nearly enough people are going to play FRU. Whether they have Kinect or not, for the majority of gamers, the Kinect brand has been irreparably damaged by a combination of subpar games and Microsoft’s own abandonment of the product. It’s easy for me to sit here and tell you that it’s a worthwhile experience, but honestly, if I hadn’t been reviewing the game, I wouldn’t have gone anywhere near it. All I can do is implore you to give it a go. I’m not suggesting that the game is good enough to warrant purchasing a Kinect, but if you already have one, you could do a lot worse than give this utterly charming and brilliantly unique platformer a go. 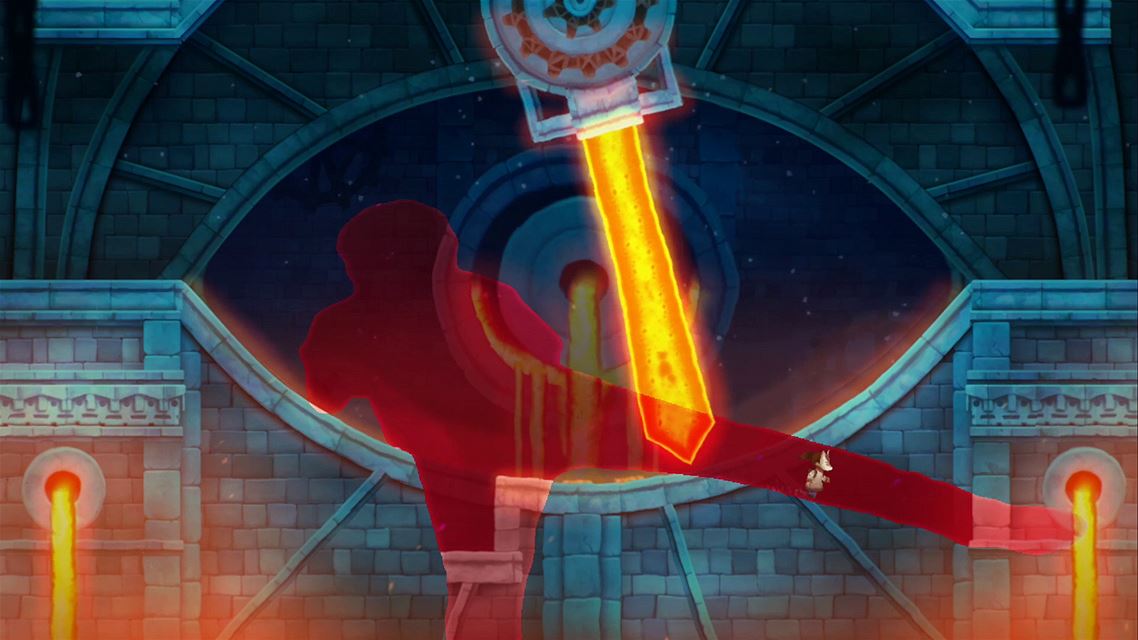 At its heart, FRU is a very basic single screen platformer in which you are required to do little more than get your little dude to the door and subsequently complete the stage. Yes, it’s all simple enough, but as you’ve probably guessed, there is quite a unique twist here. Essentially, every stage has two plains of existence with numerous platforms on each. You’ll need to jump between these two worlds to complete each stage with the portal in this instance being….well, you.

Rather than flipping a switch, your silhouette creates a doorway and subsequently requires you to go all Twister as you contort your body to create a safe path for your little hero to travel upon. Yes, you’ll need to use the control pad too, but with movement very simplistic and jumping the only action (an action conveniently mapped to a number of buttons), half the fun comes from mastering the controls while your body is forced into some rather odd positions.

I’m not sure how fun that sounds on paper, but in practice, it’s an absolute riot. This is in part thanks to the consistency of the technology. One of Kinect’s biggest problems has always been its inconsistency (especially in comparison to the ever-reliable control pad), but here, it works like an absolute charm. No matter where you are on screen, no matter how fine a bridge between the words you are creating, the technology never gets in the way of the experience. If you can physically make the body shape on screen, the games’ mechanics will subsequently follow through without issue.

This becomes especially important as you progress deeper into FRU’s collection of 110 stages. Split over 4 worlds, FRU soon adds additional twists to the core gameplay that will have you avoiding lava, pressing buttons with your silhouette and even controlling bubbles of air with your body for water-based stages. It never becomes overly complex, but there is enough variety to keep things fresh and enough challenge to make this a uniquely physical challenge without ever going overboard and becoming downright difficult. 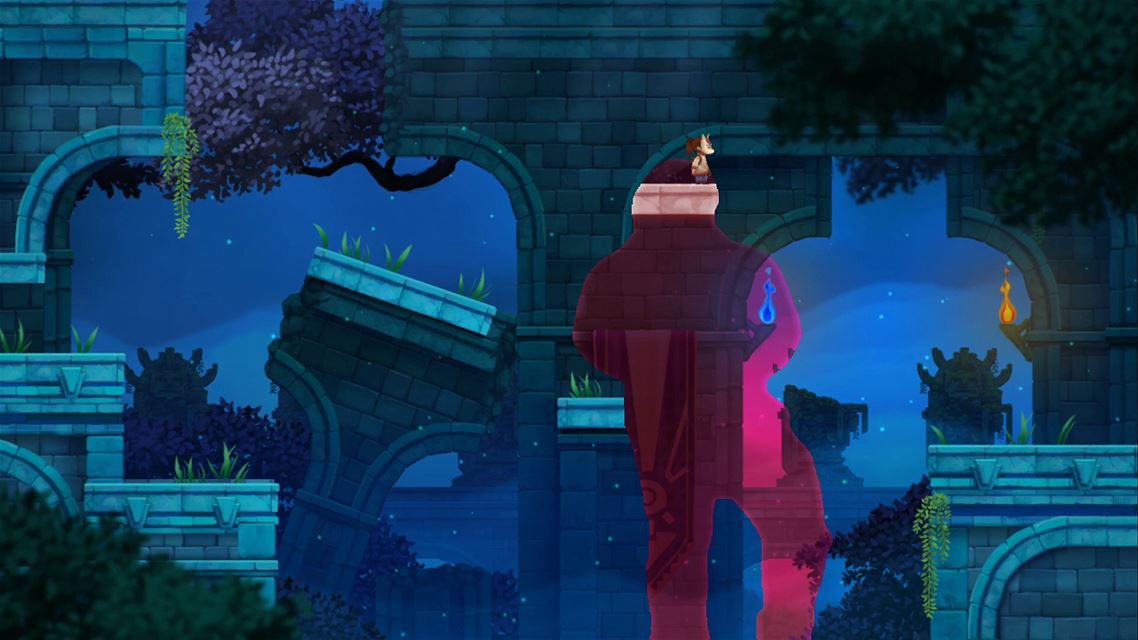 Where FRU really shines though is in its multiplayer. Whether it be the specific co-op mode or whether you choose to play the single player experience as a pair (one busting shapes while the other takes care of the controller), FRU is at its best when approached as a party game. With its easy to grasp controls and simplistic but extremely effective central premise, it’s the kind of game that you can pull out amongst your non-gaming friends and still be guaranteed to have fun.

As good as FRU might be though, it should be noted that, whether on your own or with a friend, completion of the game probably won’t take you all that long. Despite being home to a respectable 110 stages, in practice, it’s unlikely to take you longer than a few hours to finish. Still, while it is undoubtedly brief, for as long as it lasts, FRU is an absolute joy. In something of a hit-and-miss year for gaming, this has to go down as one of 2016’s most pleasant surprises.

If only. If only this had been released a few years ago. As good as Through Games’, FRU might be (and it is very good indeed), there is no getting around the fact that it has arrived at least two years too late to the party. If this had launched with the Xbox One, it might have encouraged other developers to follow suit, but as it stands, it instead represents a fine farewell for a piece of hardware that never came close to matching its full potential. FRU won’t convince anyone to go out and buy a Kinect at this point, but I do hope that those with a Kinect already plugged in (or locked away in a cupboard as I suspect many are), give this exceptional indie game a fair crack of the whip.