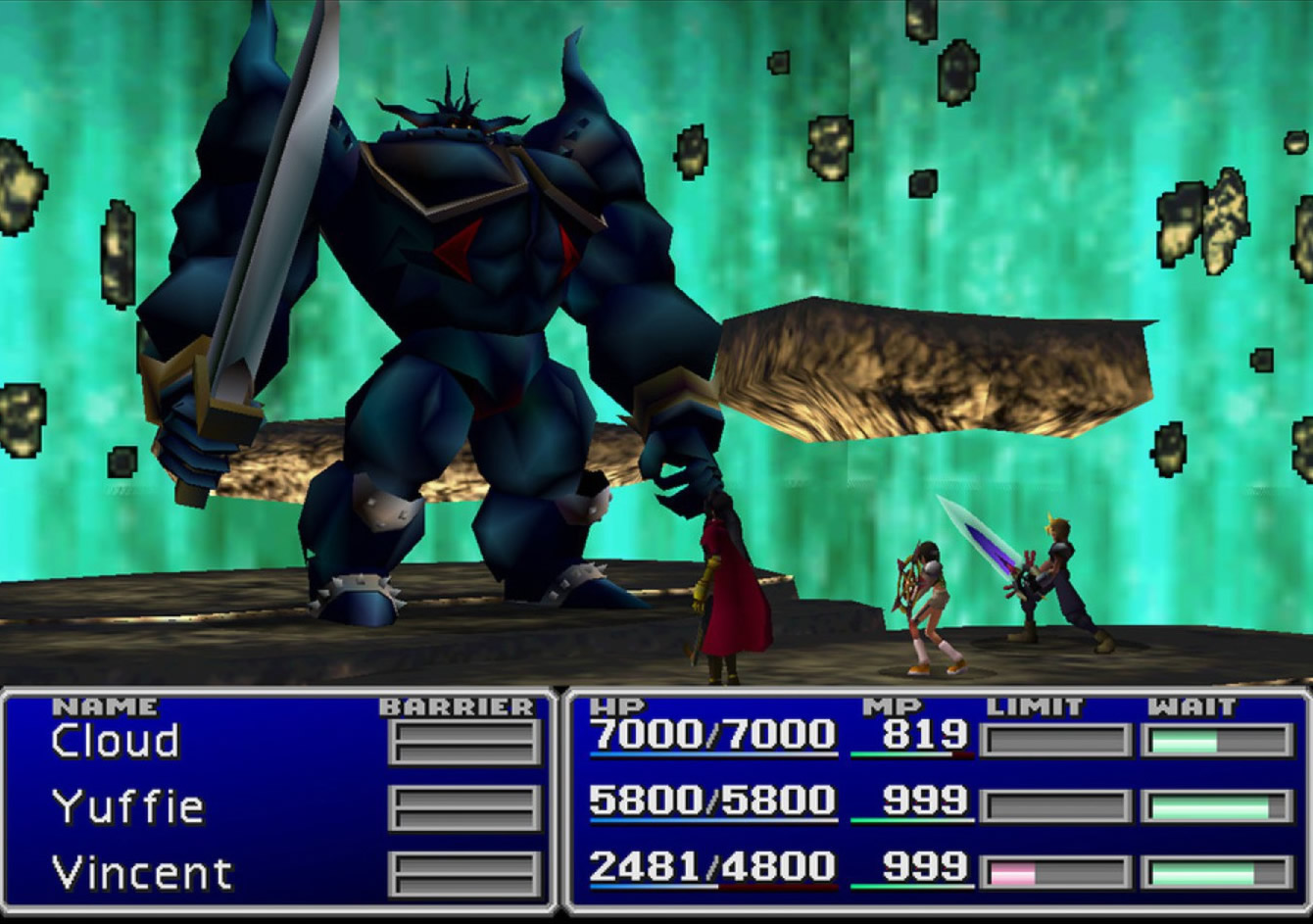 The 17 year old cult classic was recently announced for the PS4. The Attending audience at PlayStation Experience were cheering, Cameras were going off everywhere as finally, Final Fantasy VII is coming to PS4.  but as a port of the PC version.

I own FFVII on PS1, PS3, and PC and now Square Enix wants me to folk out money once again to play it on my PS4. This is a review of the PC and PS1 version that is to be ported to the PlayStation 4 next spring. This review will be spoiler free.

So Final Fantasy VII has always been hard to find on PC. It had a number of problems way back in 1997 when it released, such as computers not been able to handle it (crazy I know!)This wasn’t the biggest problem though. FMVs played upside down, the game randomly crashed and the music was in Midi format which was awful. Why would people want to play it on PC? There are tons of new mods to play with on PC.

Thankfully Square Enix has sorted pretty much all the problems that existed with the 1997 port. With the addition of Cloud saves achievements and Partial Gamepad Support. There are NO graphical enhancements, for a game that is 17 years old this really shows and for people to pick it up in this day and age is actually pretty difficult. it’s an eyesore to new players.

To the players (like me) who have played Final Fantasy VII countless times through the years it’s just the norm for us. It’s a game with the most memorable characters, story, music and locations everything about the game just felt amazing at the time. That feeling hasn’t gone away, despite the graphics been stuck in the 90’s the game is still a very enjoyable experience. It’s just a shame that getting people to play it and experience it, is much harder now than it should be. 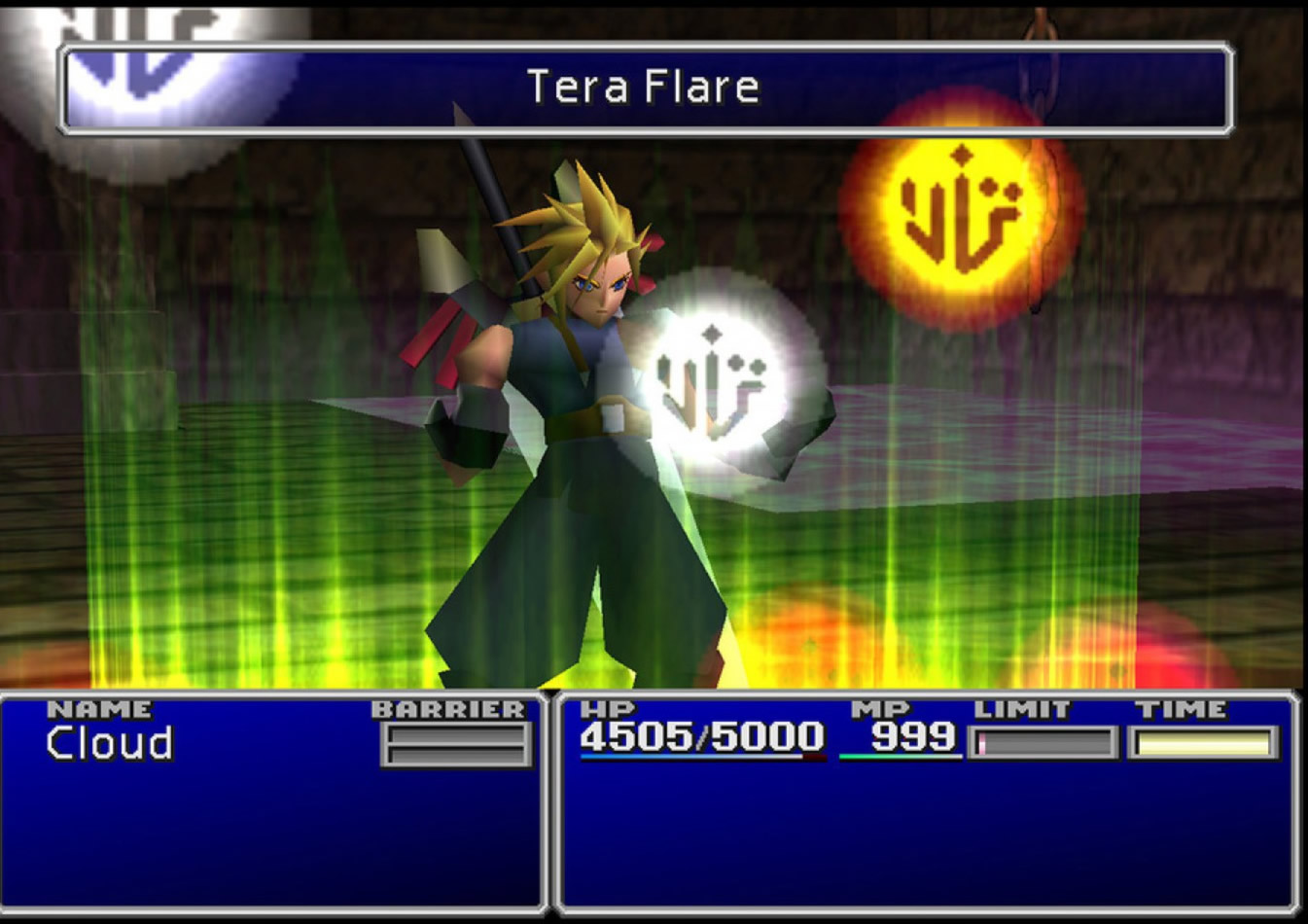 Final Fantasy VII puts you in control of Cloud. A mercenary who does whatever is necessary to get the job done. Clouds latest job is with a group called Avalanche who is an anti-terrorist organization, led by Barret. As the game progresses, you learn more and more about Clouds past and after a series of events you set out to stop Sephiroth and save the Promised Land.

As I’m sure you already know. Final Fantasy VII uses a turn based battle system. Back then, Final Fantasy was known for using this system and VII was a huge leap from Final Fantasy VI in terms of not only graphics but hardware that was used to power it. PlayStation One was favoured over the N64, in the end to host Final Fantasy VII as Squaresoft felt that space used would be a massive issue, hence why FFVII ended up on three discs for the PlayStation One. This mostly comes down to the FMV’s that took up the majority of the space.

Final Fantasy VII uses something called a Materia system. This makes your characters both stronger and weaker as certain stats changes would be applied, such as health decreasing and magic points increasing. It was this, which made Final Fantasy VII a strategic RPG. If you knew what you were doing you could render certain enemies powerless by making it so you absorb certain elements. As you equip better weapons, more slots become available meaning you have to balance each character out and you can make them play whatever way you want.

Characters also have unique limit breaks which can help you in the worst of times. Just as a battle looks like it could be all over, Aerith gets a Limit break (healing wind) and all of a sudden your back from the brink of death.

Once you get to the end game content, there is still so much to do. You can challenge the new Bosses that travel the world (no spoilers) or you can go ahead and proceed to the final dungeon of the game. You can even go train your Chocobo in the races or try your luck in the battle arena it’s up to you. 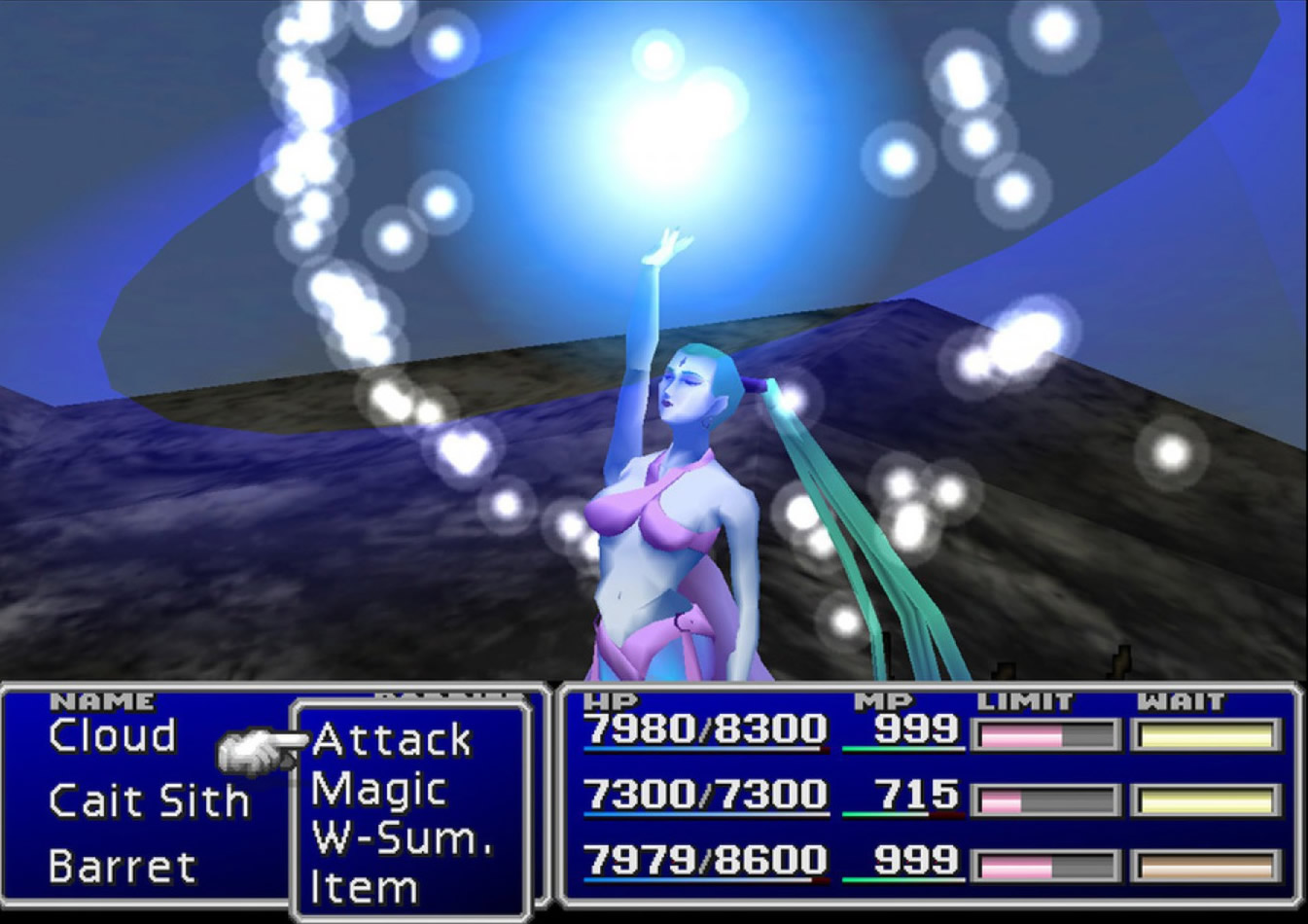 So 17 years after FFVII has released and it is still one of my favourite games of all time. The graphics are aging by the day but it doesn’t take anything away from its charm and for anyone that hasn’t played this masterpiece yet I highly recommend you do so! Hopefully Square Enix add some incentive for me to pick this up on PS4 but if you haven’t ever played FFVII, this is the perfect excuse to give it ago.