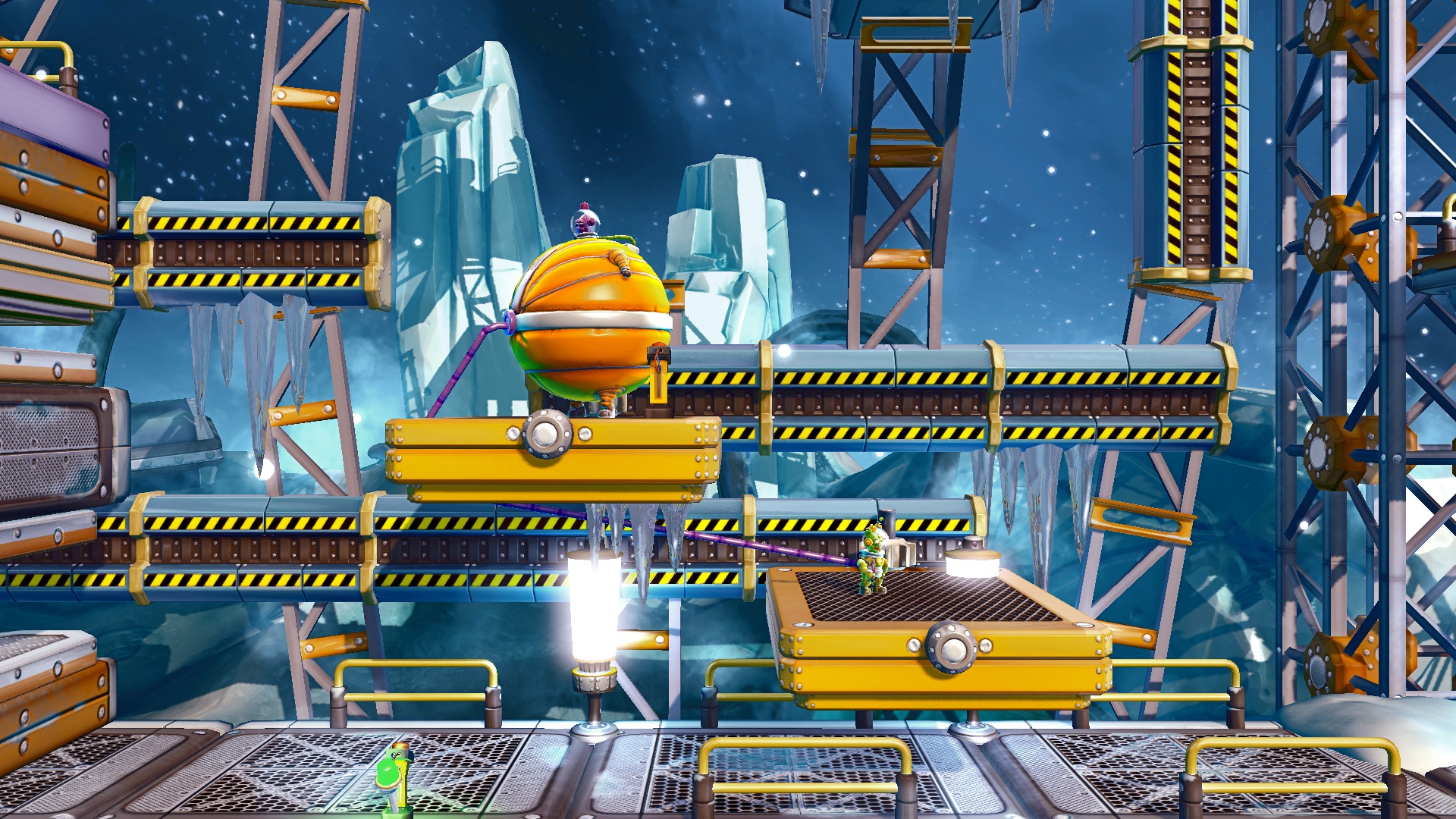 Straight from the beginning you realise Shiftlings is not going to be your normal run of the mill platform title where you simply jump and attempt to complete puzzles. Why you may ask? After the almost Buzz like feel of the intro, you realise that after one of the characters drinks a fizzy space drink, the only way you will be able to be successful is to embrace the idea that you will need to regularly have to force your characters to fart into each others spacesuits to help you proceed to the next level!

Shiftlings can be described as a platform puzzle game which can be played solo or with as co-op. Shiftlings is about alien twins/clones who are attached to each other via a cable. In single player the player can switch between controlling one of the two and also the size of each Alien. 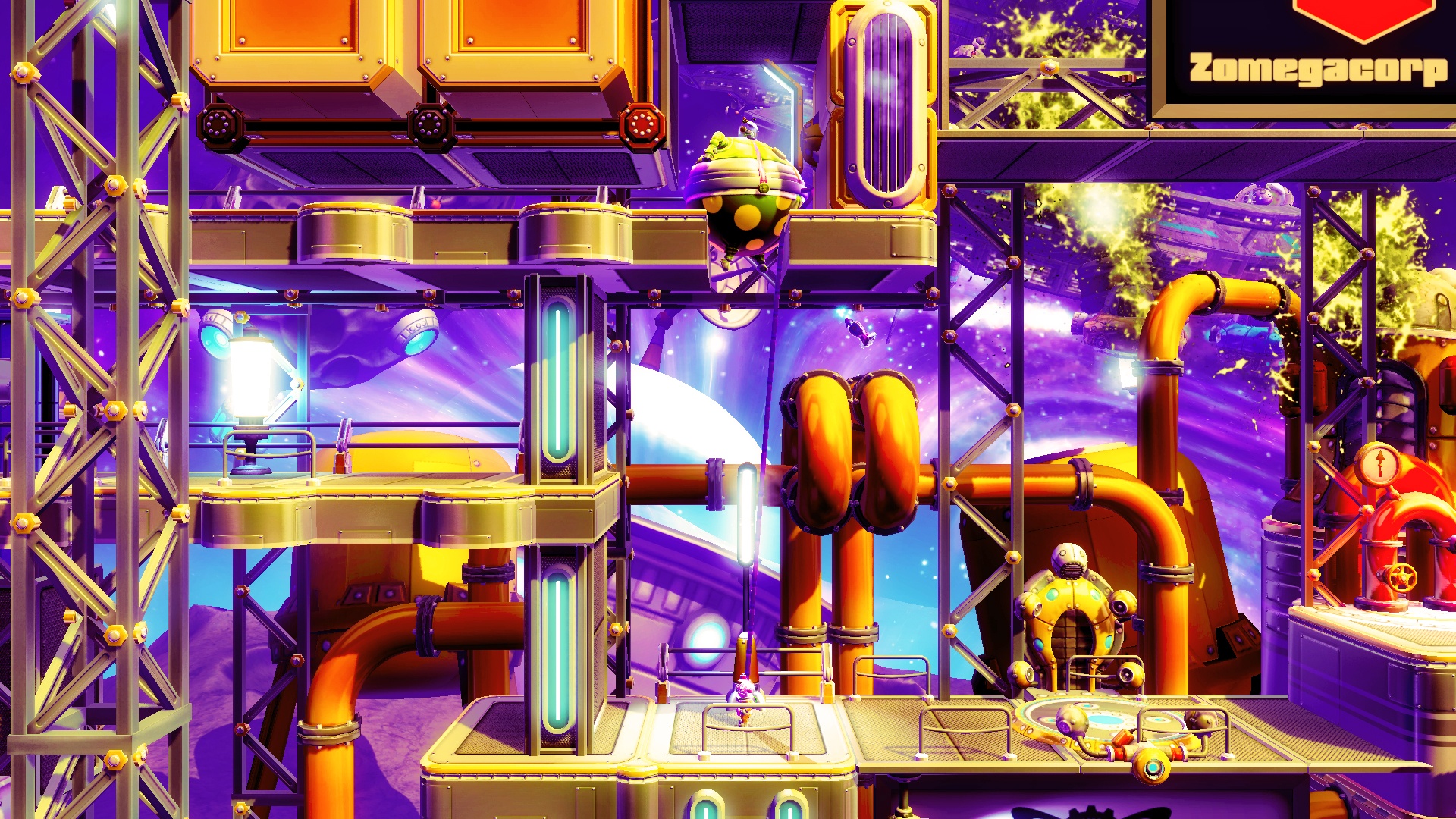 In the co-op mode each player controls on of the twins. The uniqueness of Shiftlings is found in the ability to change each of the characters sizes, the idea being you change size accordingly to complete one of the many tricky puzzles on offer. When a character is small they are able to jump high, when they are big they are able to move boxes, be used as a trampoline and they can also drag the smaller character out of sticky situations.

With 50 or so levels to get through, each level gets more taxing as you go along. After the initial few levels you find that your aliens can die in a variety of ways, very frustrating time related ways. A lot of what happens in Shiftlings is about timing, which is why the single player campaign can become very difficult to navigate as you try to bounce on the other character whilst missing getting electrocuted or having the connecting pipe being cut.

Shiftlings requires you to plan ahead, which is easier when you’re playing solo but less so playing as a duo as you’re having to rely on the timing of your friend online or not to follow your instructions. If they don’t you will find yourself falling back onto a part of a level you had already bypassed. Control wise there were no issues, everything worked smoothly throughout, there’s no slowdown and getting big/small works without any noticeable problems. Thankfully moving around the levels is easy to do, you’ll just get frustrated by the amounts of times you think you’re close and your intertwined cable stops you from reaching a platform. 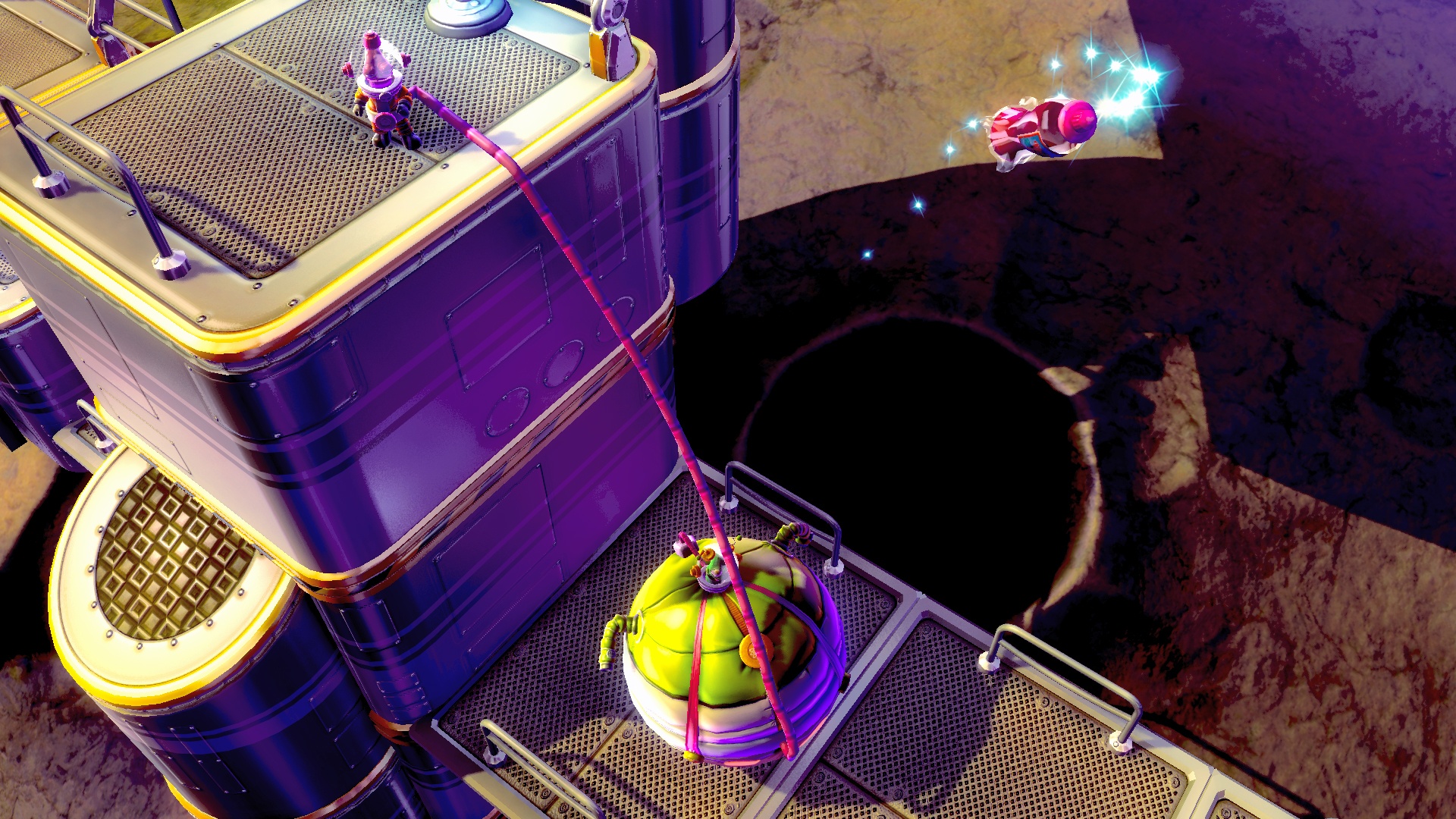 Graphically Shiftlings is a well designed colourful experience. Each level/world has a very vibrant feel to it, helped by the inclusion of bold colours and a quite detailed structure. As you progress you may become a tad overwhelmed by what you’re seeing, sometimes the graphics can get in the way of completing the puzzles. You’re able to zoom in and out so that you can plan ahead. The insane characters you play with suit the world you’re playing within. Musically everything is very loud and matches the in your face graphics. The random comments help engage you more into Shiftlings , though after a while especially as you try to overcome a particular heinous puzzle the comments will grate but maybe that’s the point. Obviously the farting noises are fun to hear but there are only so many you can bear before that becomes mundane.

Shiftlings is a decent platformer, if you haven’t played one for a while then it’s worth a few hours of your time. Whilst Shiftlings doesn’t appear to contain any innovative ideas (besides the farting element) it works well and is fairly entertaining to play at points. The single player campaign is hampered as you need help as you progress towards the end whilst the co-op at the beginning hinders more than it helps which is a shame. Shiftlings is a beautifully vibrant game which lacks a few things that stop it from being a very playable title.