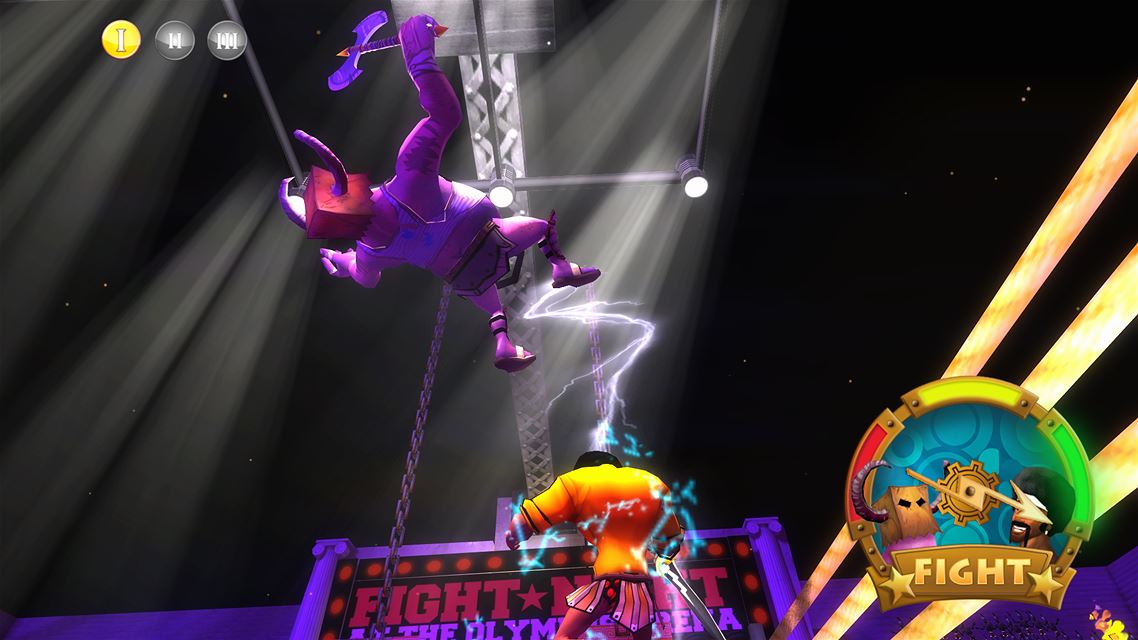 On paper Funk of Titans would seem an odd game for the Xbox One. An endless runner title that does little to push the Xbox One’s engine anywhere close to its limit. But, despite earlier misgivings, on playing the game we have to grudgingly admit that Funk of Titans just works and is (surprisingly) fun to play.

Set in the mythical world of Titans – hence the title – Zeus the all-powerful father of the funk has decreed that any other music than funk must driven from the world. Cast in the role of afro wearing Perseus, it’s your job to get this done. How? By running of course. Lots and lots of running.

Over the course of 5 – 7 hours you’ll find yourself perpetually running full steam ahead in a frantic, challenging and ultimately rewarding side scrolling adventure.   Indie developers A Crowd of Monsters has managed to pitch Funk of Titans difficulty level just right with levels getting gradually harder as you progress. 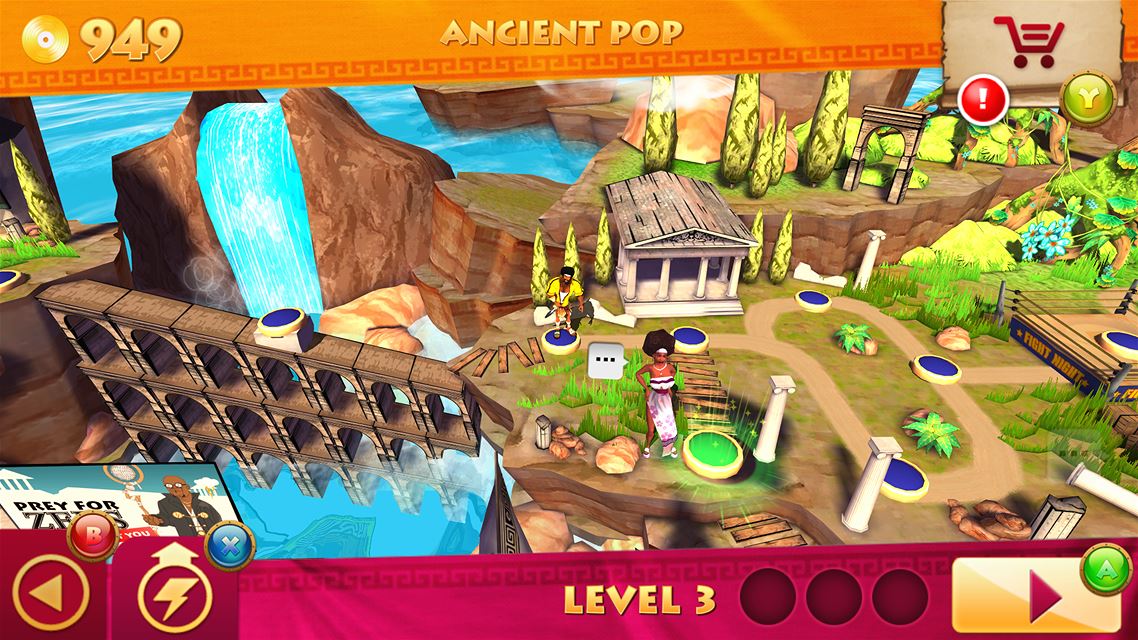 The mechanics of the game remain the same throughout the levels – you run forwards, jump across levels, kill guards and enemy soldiers by jumping on their heads or slashing them with your sword. And, on occasions, you avoid spikes and flames by timing a jump over them. There are fairly challenging wall running sections thrown in where you jump from one wall to another as you descend (presumably from Olympus to Hades), and parts where you can double jump to reveal previously hidden levels. This element of exploration guarantees some degree of re-playabilty as you can choose your path to help collect tokens and unlock new challenges. Excellent.

As we mentioned earlier, Funk of Titans does not make too many demands on the Xbox One. However its graphics are incredibly well drawn. Levels are bright and colourful , real-time lighting effects and shadows are realised exceptionally well and character animation, while a tad repetitive, are for the most part excellent, A Crowd of Monsters has also nailed the button mapping spot on. With A allowing you to jump and X for attack, playing Funk of Titans on the Xbox One is intuitive and effortless. 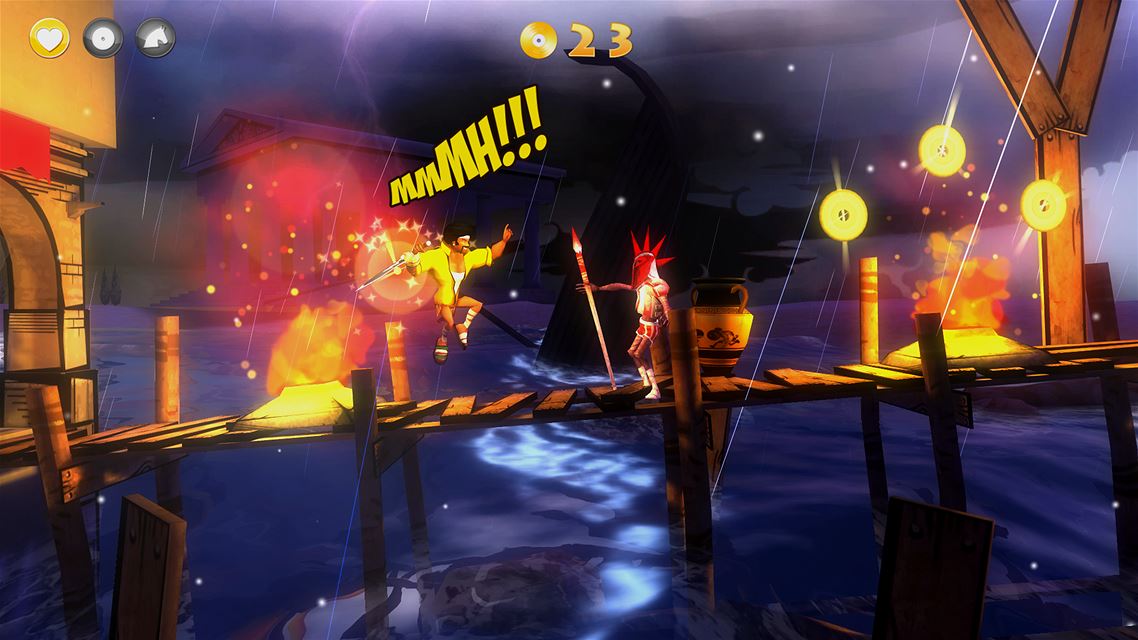 There are however a few negatives that prevent this game from getting a top rating. For a music based platformer we were disappointed to find that the actual funk in Funk of Titans was pretty bland and forgettable. Don’t get us wrong. The music was bearable, but not enough to make you want to fire up the game so you could listen to some great tunes.

Also, for an endless runner game Funk of Titans has committed the cardinal sin of not including checkpoints. With your character dying after taking just two hits and some of the levels proving quite tricky to master, not having checkpoints is an important omission. In practice it means you can get close to the end of a level, miss time a jump and die. Then you have to start the level all over again. In its defence, Funk of Titans levels are quite short but still this is a point that will frustrate many gamers.

Other than that, Funk of Titans does what it says on the tin. For anyone looking for a quick pick up and play game on the Xbox One, they can’t do much better than Funk of Titans. It’s not a great game but it comes pretty close.