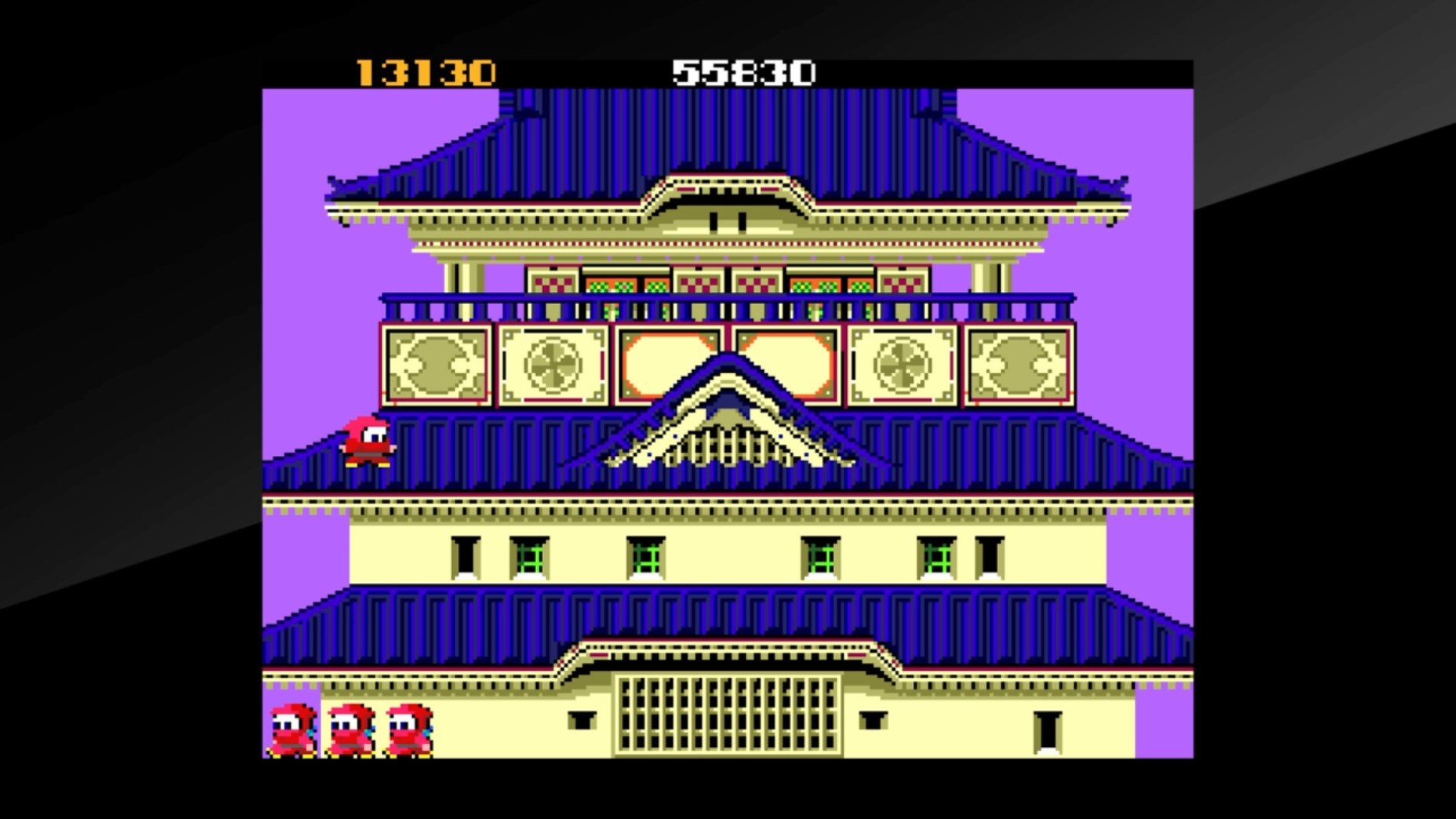 Hamster have released a slew or arcade perfect ports over the past few months as part of the Arcade Archives series. They have all been relatively basic in terms of the overall package (no extras or unlockables), but there is something to be said for being able to experience some of the 80’s most memorable arcade classics in their original form. The thing is, while my opinion of games such as Double Dragon and Gradius were as much driven by nostalgia as they were by actual gameplay, in the case of the decidedly lesser known, Ninja-Kid, my opinion was driven solely by how it played today.

I had never actually played UPL’s Ninja-Kid (released originally way back in 1984) until I received a review copy a few days ago and honestly, my first impressions of the game weren’t all that positive. It wasn’t the visuals – sure they’re simplistic, but my expectations were realistic for a game released over 30 years ago, and besides, I actually find them quite charming. No, my issue was with the controls. Jumping in Arcade Archives Ninja-Kid is very odd. It’s a huge part of the experience and initially it’s, well, it’s just weird. 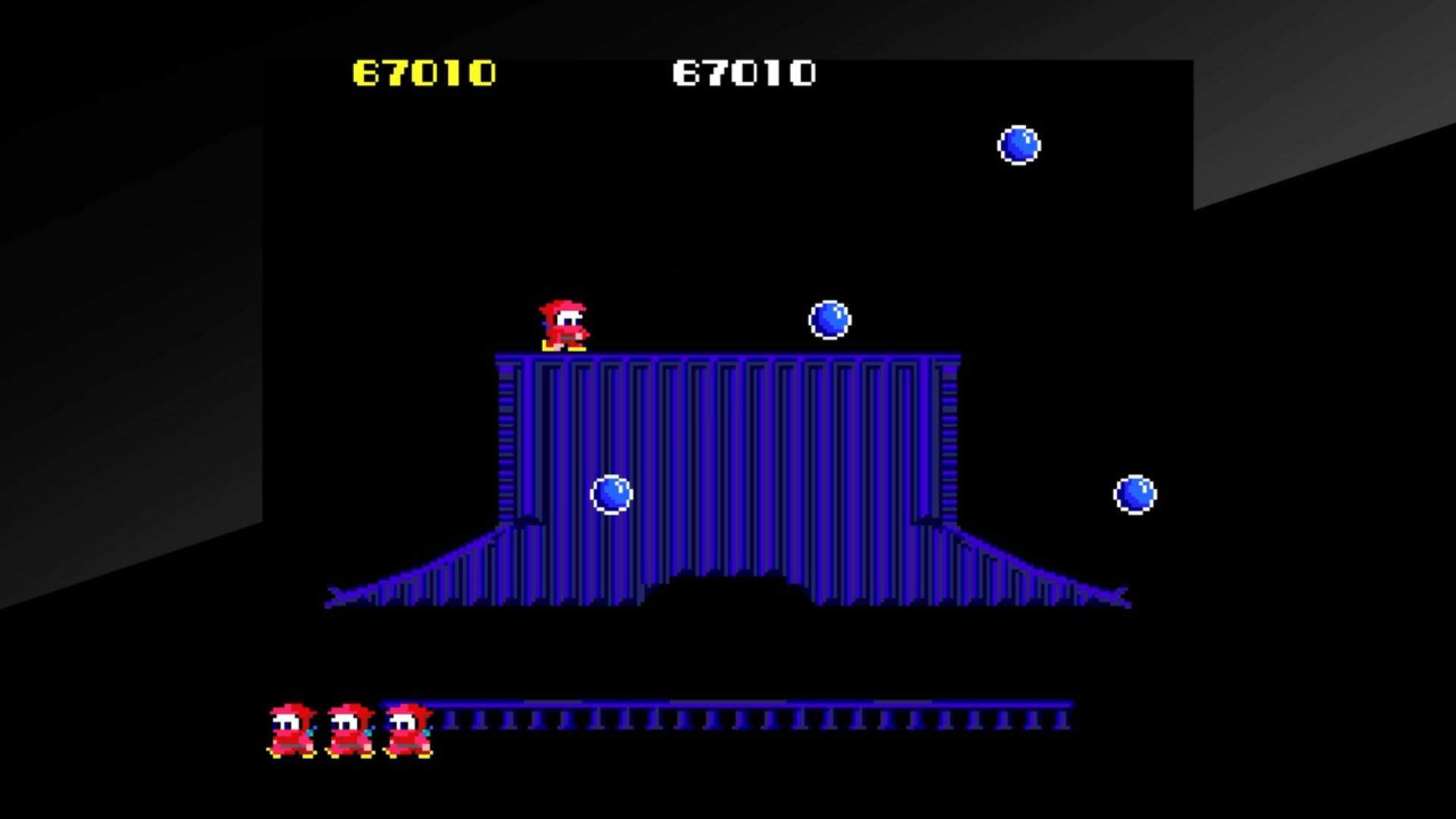 Each short stage is made up of a number platforms that have to be traversed as you take out the fixed number of enemy ninjas eager for your blood. Problem is, you can’t simply jump straight up. You have to jump at an angle or not at all. To make matters worse, if you just press the jump button, you actually drop down a platform. It’s all very strange at first and will initially lead to an array of rather ignominious defeats (it did for me anyway). The thing is, once you get used to it, the mechanic actually serves to make Ninja-Kid an ultimately unique action-platformer. Like the fixed jumps of Capcom’s, Ghouls ‘N Ghosts, Ninja-Kid’s unique mechanics make you think about each and every movement – it does take some getting used to, but once your mind and thumbs settle upon the distinct requirements, it soon begins to feel like second nature.

Stages are completed by firing your limited range shurikens at the collection of enemy ninjas that roam each stage. You can stun them by landing on their heads (they can do the same to you), which gives the game a slight tactical nuance, but beyond the unique jump mechanics, Ninja-Kid is a pretty basic video game in which you need to clear out the enemies and collect the bonus point scrolls before doing it all over again on the next very similar looking stage. That’s not a criticism though – this is a score-chasing arcade game in the purest sense, and once you do start chasing high scores, it soon becomes surprisingly difficult to put the game down. Yes, it would be nice if it had a bit more variety, but fundamentally, this is a unique and oddly compelling experience. 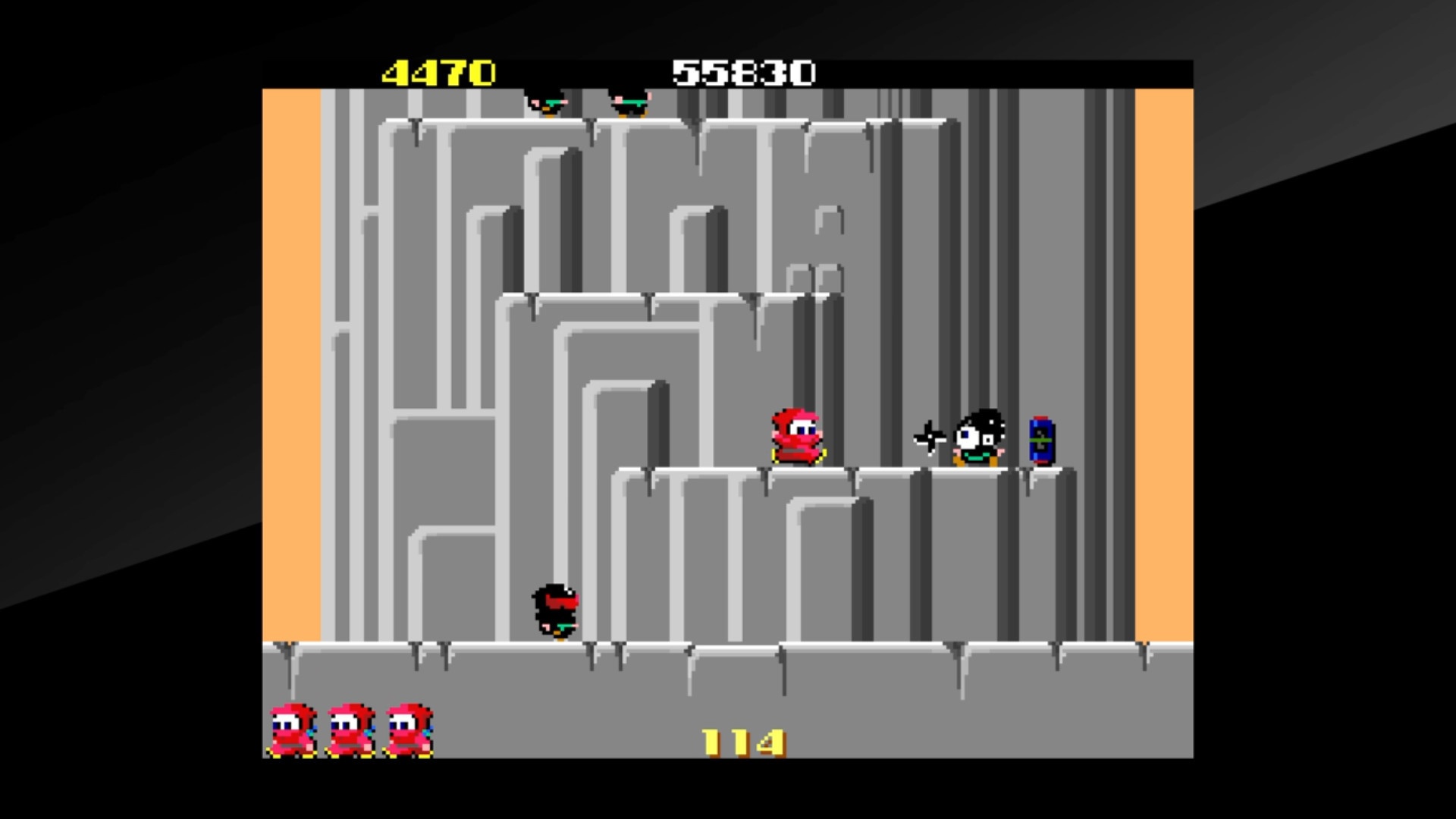 The lack of additional extras does feel like a missed opportunity and the £7.99 asking price is a little steep, but for fans or retro gaming, Arcade Archives Ninja-Kid offers the kind of pure score-chasing gameplay that is ultimately lacking from many of today’s modern video games. The jumping mechanic will take some getting used to and the stages are all but identical, but once you get into the unique rhythm of the game and learn to work around your little ninja’s limited move-set, Ninja-Kid quickly becomes an addictive arcade game that overcomes its dated visuals and limited options thanks to the underlying strength of its core design.