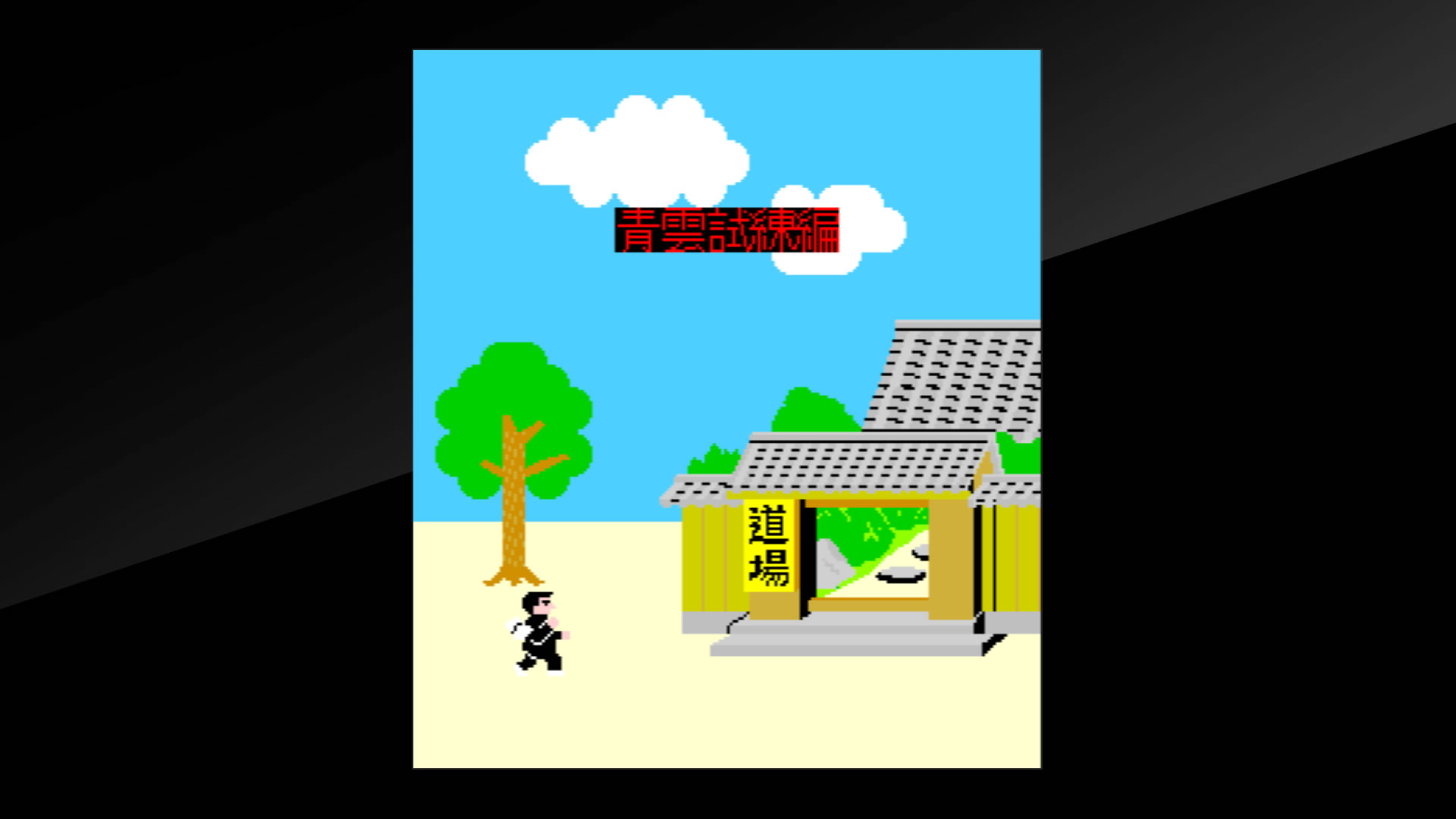 While it may not be as universally well known as other games in Hamster’s, Arcade Archives series for PS4, you could easily make the case for Data East and Technōs Japan’s, Karate Champ being the most influential of the bunch. A huge influence on Konami’s, Yie Ar Kung-Fu, Karate Champ was released a full year earlier in 1984 and was the real precursor to what would become one of the biggest genres in all of video games. It might look and feel a little antiquated now, but this is where the one-on-one beat-em-up genre began, and despite the huge technical strides that have occurred since its release over 30 years ago, Karate Champ’s unique combat and pacing ensures that if feels surprisingly fresh today.

Rather than the usual energy bar, Arcade Archives Karate Champ plays to actual Karate rules and will be immediately familiar to anyone with any knowledge of the sport, or more likely, to anyone who has seen the Karate Kid movie (which was actually released in the same year). A strike will get you either one or half a point with the winner the first to reach two. The scoring is based upon the type of strike made with a collection of judges providing what was extremely impressive synthesised voices for the time.

Bouts are inevitably rather short, but get two combatants of equal skill involved and matches can become tense, tactical affairs. It will feel a tad cumbersome to newcomers and the visuals are obviously extremely dated, but once you begin to work within the games’ technical limitations, the underlying depth really starts to shine through. 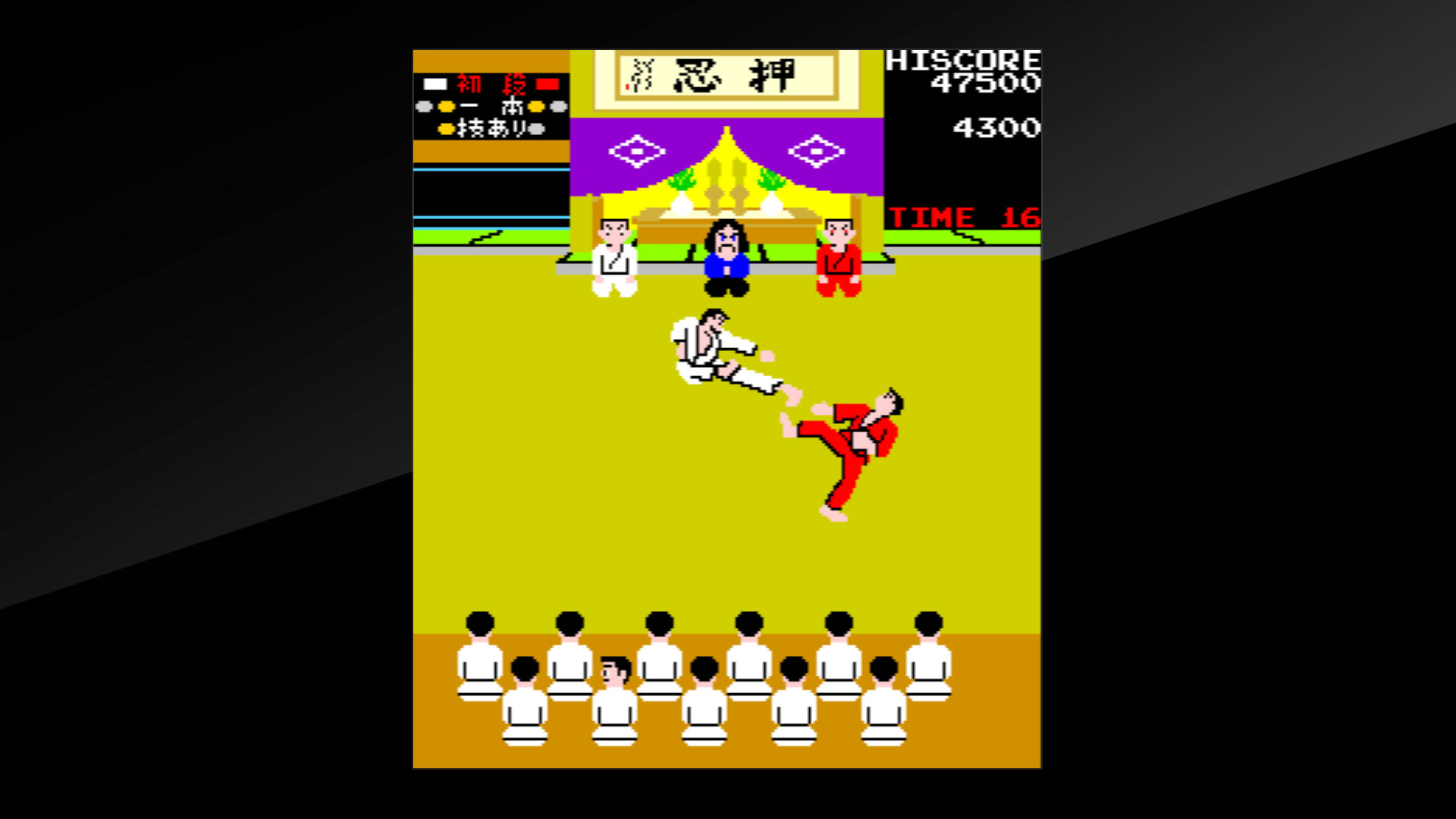 This depth comes largely from Karate Champ’s unique and surprisingly modern feeling control scheme. Rather than using buttons, like the original arcade machine, you use both thumbsticks together for movement and attacks. With basic moves achieved via a flick of the right stick and more advanced manoeuvres completed via a combination of both the left and right thumbsticks, the move-set is probably a lot more advanced than you would expect from a fighter released way back in 1984.

While each move requires little more than a simple combination of basic flicks, the learning curve for Karate Champ is actually pretty steep (well, it was for me anyway). I had only played Karate Champ once before, and that was years ago, and, well, let’s just say that it’s a good thing that I wasn’t paying for each individual credit this time around. Despite a warm-up before each bout in which you attempt to copy moves completed by your opponent, I found myself on the losing side over and over again until I became accustomed to the unique timing and patience required for success. This is no button (or stick) masher, that’s for sure. You go charging in to battle and chances are that you’ll be on the receiving end of a rather swift beat-down. 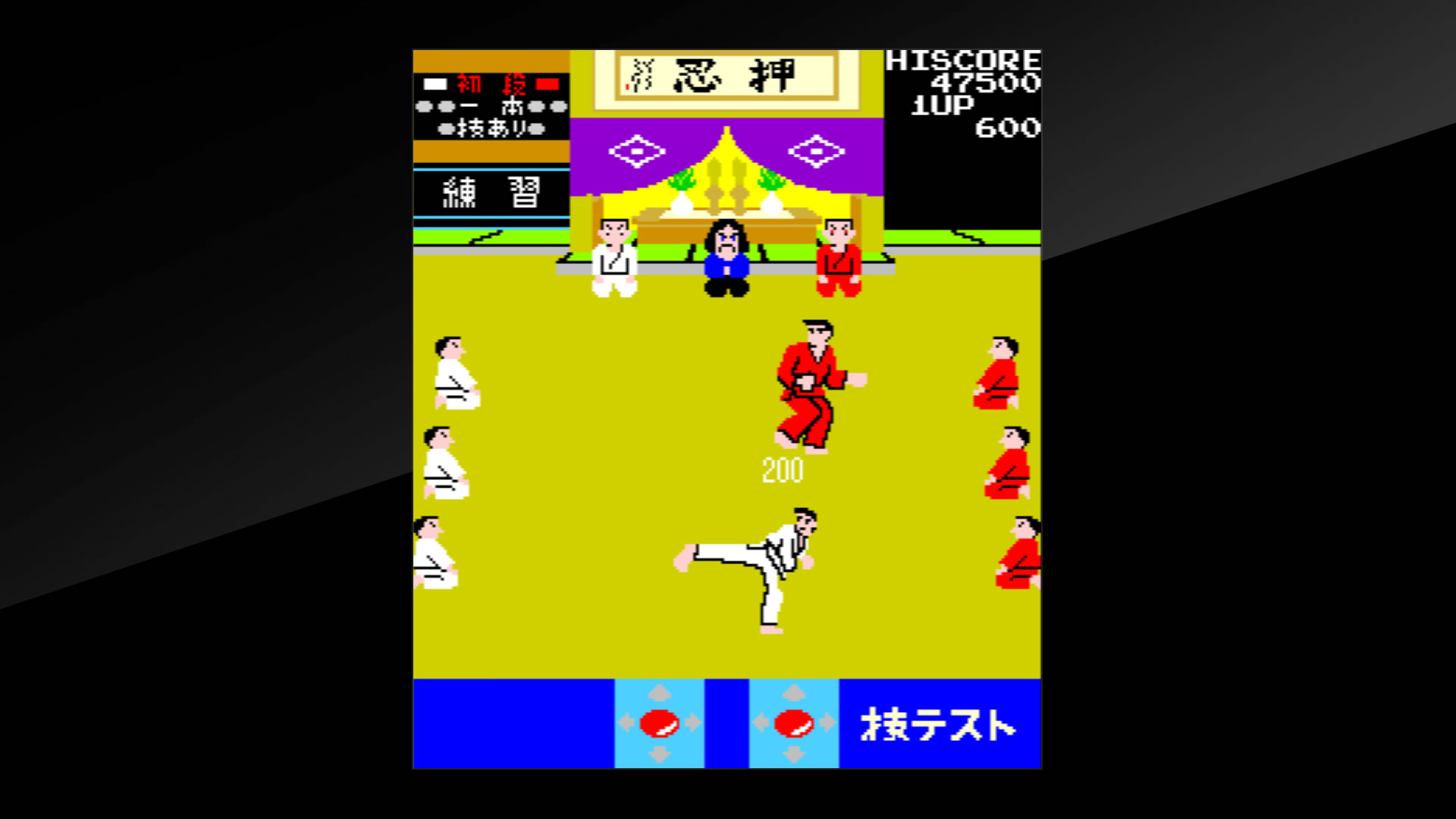 Like all of Hamster’s, Arcade Archive releases, Karate Champ is an almost embarrassingly basic package. Yes, as always, it’s great to get a perfect port of the arcade original, but a bit of history would have been nice, or heck, how about the Karate Champ: Player vs Player Edition or even the NES port? Any of these would have helped to make the £7.99 asking price easier to bear, but as always, the price inevitably stands in the way of me making anything like an unreserved recommendation.

Those with fond memories of the original will almost certainly love this brilliant port, but for newcomers to the series (or 1980s era arcade gaming for that matter), it’s going to be a much harder sell. It’s still a great game with a surprisingly nuanced control scheme and some fun, if somewhat awkward bonus stages, but make no mistake, Arcade Archives Karate Champ is a relatively basic video game with dated visuals and an initially awkward control scheme that many modern gamers will struggle to see beyond. High score chasers will inevitably get the most out of it, but fundamentally, this is still a strong and technically sound fighter that probably deserves more recognition than it is generally afforded.