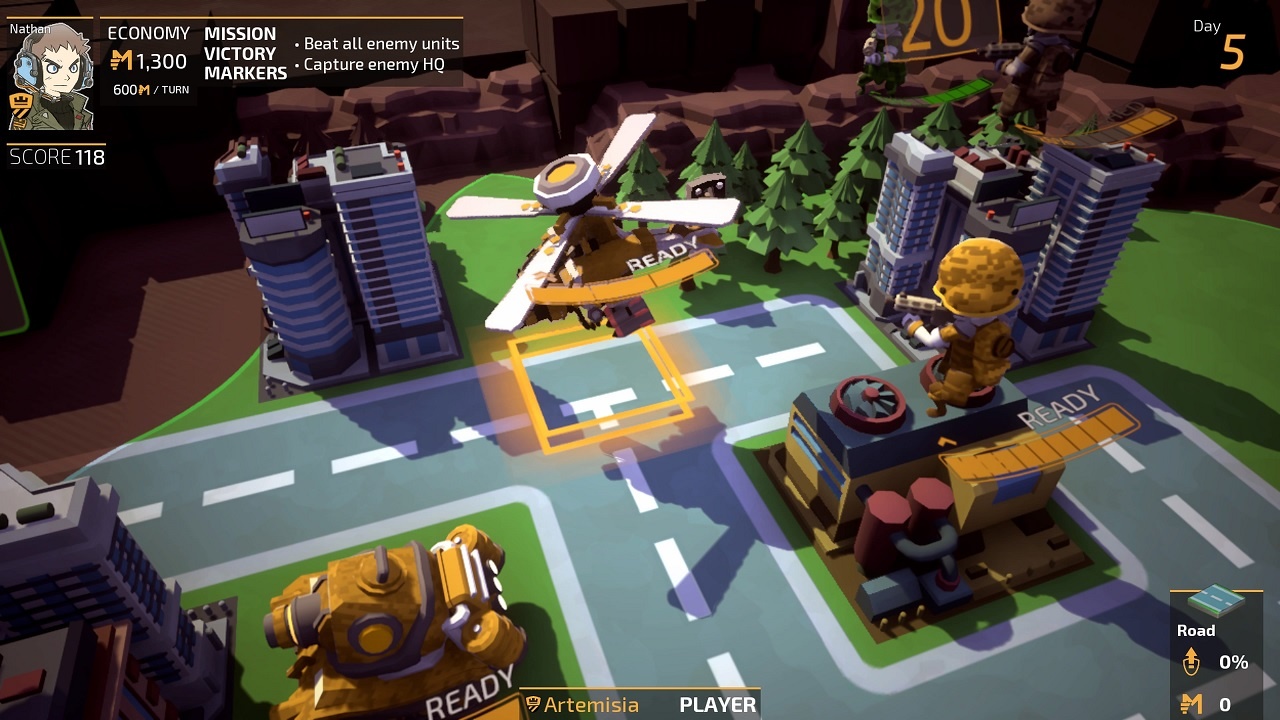 Fans of strategy games used to be hard-pressed for playing on the move. Then Advance Wars came along. Initially available for the Gameboy Advance, it was a ton of fun; offering unique mechanics, a variety of interesting units and factions, local multiplayer – it had it all and was well received by turn-based strategy fans and casual gamers alike. Four games were released over the years, then suddenly nothing. Until now. The visuals have been updated, some unit names have been changed, but make no mistake, Tiny Metal is Advance Wars in everything but name. And portability.

The campaign features about fourteen missions and tells an over the top war story full of anime clichés. Victory is achieved by either capturing the enemy HQ or destroying all their guys. New units and abilities   are drip fed to you as you progress, many of which follow a loose rock-paper-scissors mechanic. Infantry are cheap and mobile but get slaughtered by scout jeeps. Tanks annihilate scout jeeps, but get owned by attack choppers. Attack choppers are mobile and versatile, but are easy prey for fighter jets. Each unit is nicely balanced to have specific strengths and weaknesses, allowing for a large amount of strategies to be implemented, should you desire. 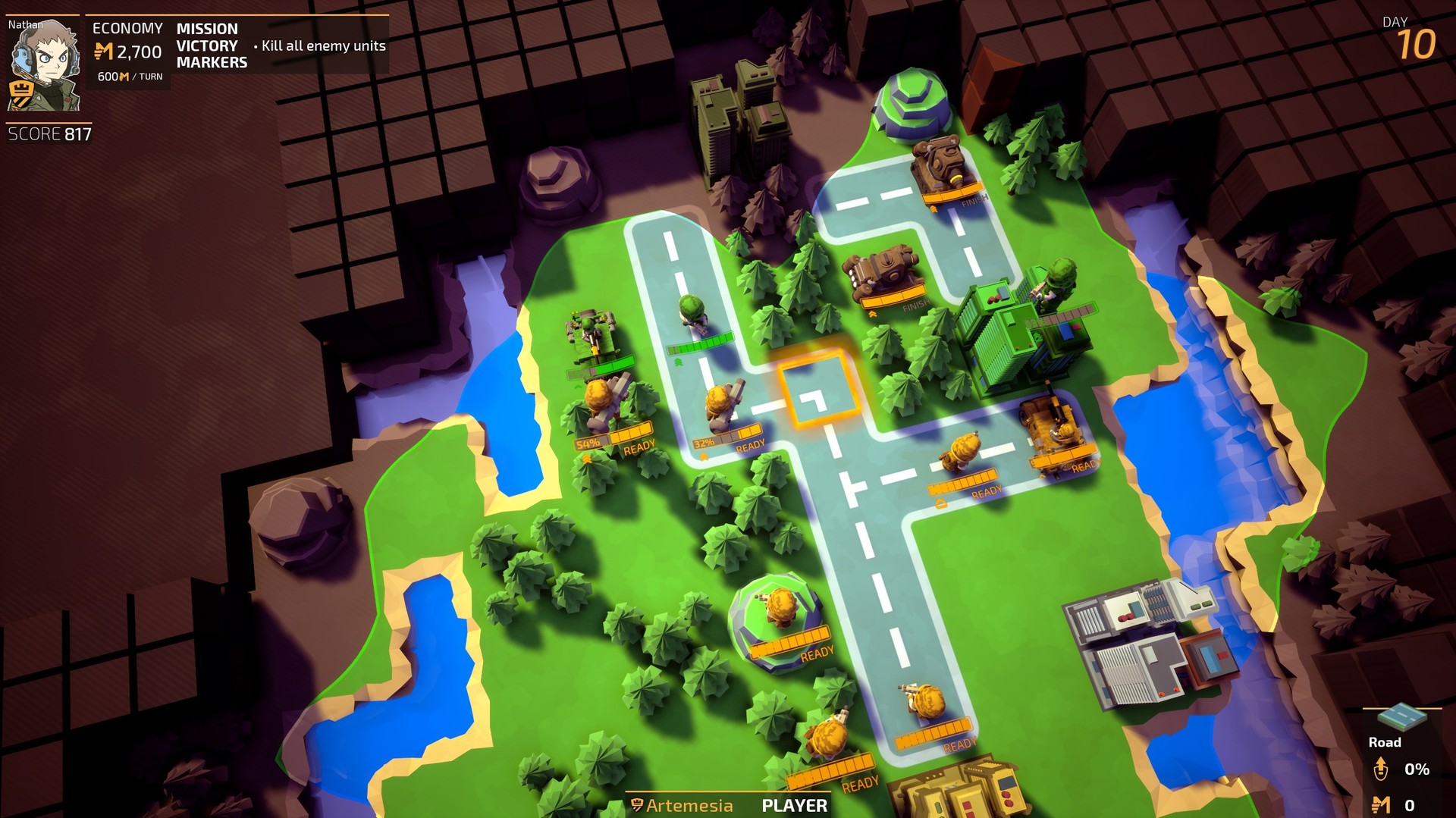 Each map also contains a number of buildings available to capture which provide a variety of benefits. Additional resources each turn, the ability to build more ground or air units, extra defence – there isn’t really any downside to capturing as much stuff as possible. Some maps feature hidden facilities, providing addition campaign missions or communication centres that can be used to request special hero units to turn the tide of battle. As in Advance Wars, infantry units are the only ones able to capture buildings, keeping them relevant throughout the game and preventing you from spamming tanks until you win.

It’s an enjoyable enough game. But it’s not without its flaws. The story tacked onto the campaign mode is long-winded and annoying. Each mission is followed by a good five-to-ten minutes of rambling nonsense. Tiny Metal’s attempts to draw you into the country-ravaging conflict are sadly misguided, achieving nothing more than interrupting the actual gameplay. Another sticking point is the suicidally dumb AI. Time after time I watched the computer order its troops to certain death, sending weakened infantry into battle against heavy tanks, allowing me to finish them easily and essentially saving me from doing it on my own turn. 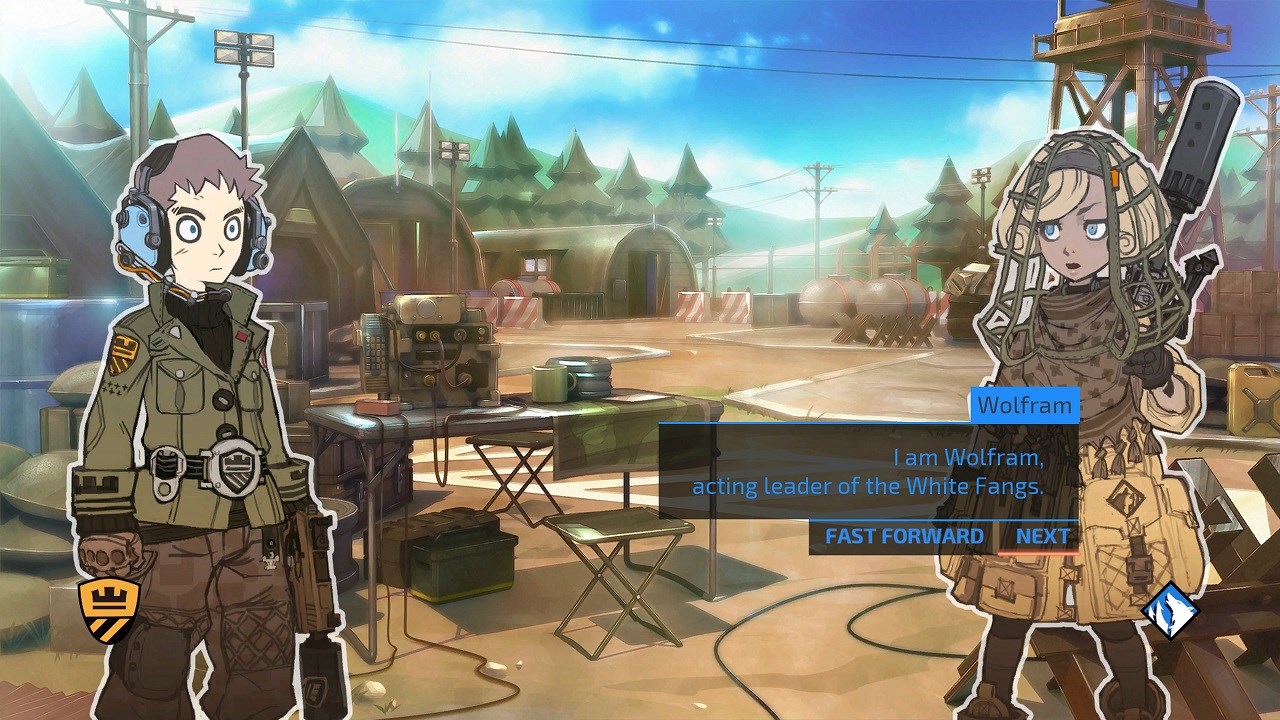 It’s not very challenging either. I blazed through the whole campaign without failing once, and very few tactical decisions were made on my part, I simply overwhelmed the enemy with units until I achieved victory. I enjoy winning as much as everyone else, but without the challenge it seems a little hollow. Aside from the campaign, Tiny Metal also offers fifty-six skirmish maps. These are a little more fun, and feature up to four teams and no unit limitations (or story-related-gibberish). Unfortunately, the customisation options in this mode are non-existent. Each map is free-for-all, so in-fighting amongst the AI is rampant, preventing any tweaking to make it a little more difficult. There IS an option for multiplayer mode, but trying to select it at the moment results in nothing more than a ‘coming soon’ message. Lame.

Overall, it’s not a bad game but it’s definitely not the triumphant return of Advance Wars either. The cutesy 3D visuals are certainly an upgrade to the 2D sprites, new actions such as ‘lock-on’ and ‘focus-fire’ allow you to gang up on enemy units and only receive one volley of return fire and certain units like the sniper are clever additions. Unfortunately a lack of intelligent AI or multiplayer, along with a pointlessly convoluted story bring what could have been a great game down to above average mediocrity. Get it on sale or wait for a multiplayer patch.