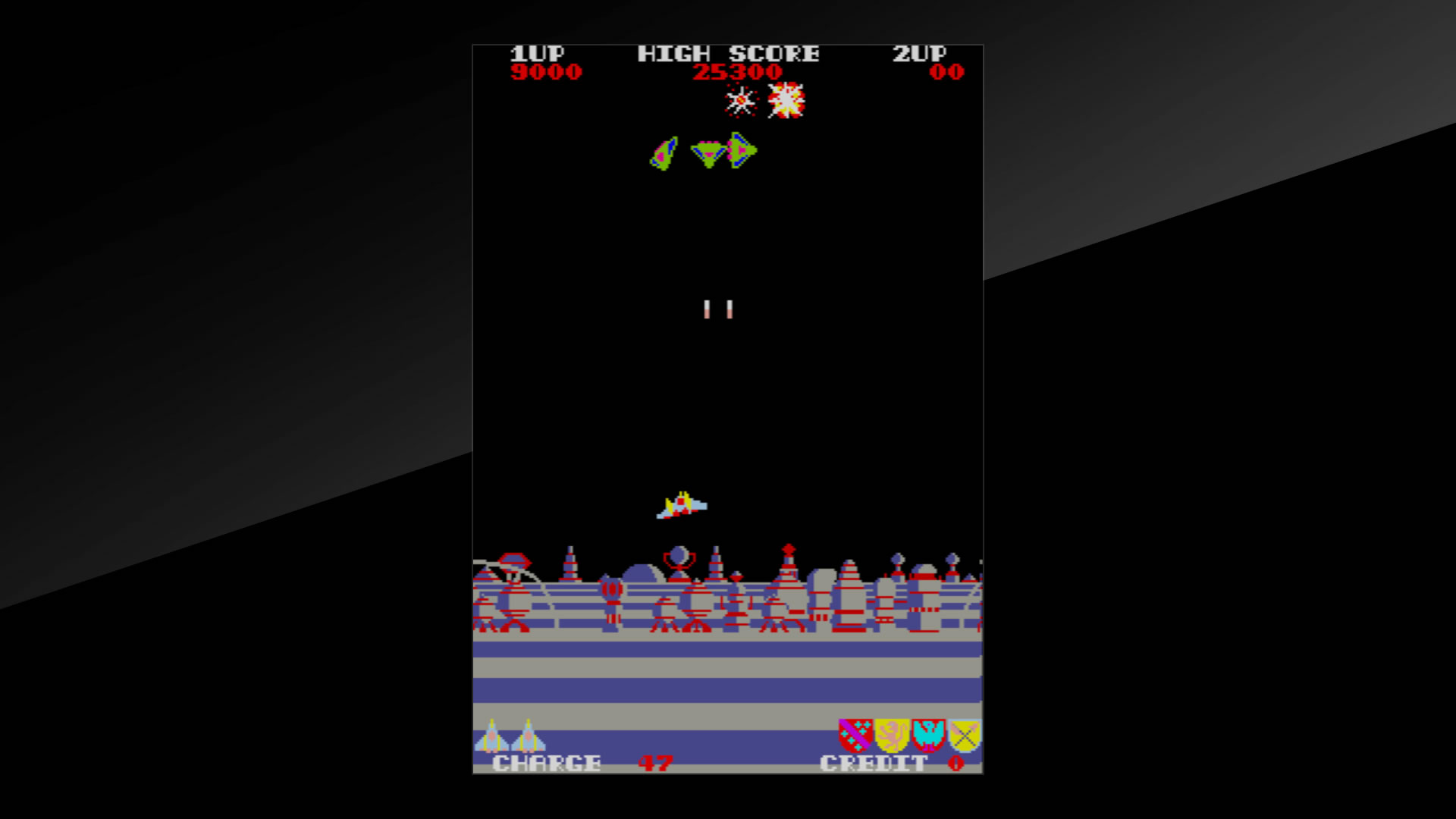 A bizarre cross between Space Harrier, Galaga and Space Invaders, Jaleco’s arcade classic, Arcade Archives Exerion takes the standard vertical shooter mechanics of a Galaga and combines them with kind of parallax effects made famous by Sega’s uniquely trippy Space Harrier. Released way back in 1983, this would have been something of a technical marvel upon its initial release, and while the name hasn’t stuck in the popular consciousness like many of the more celebrated examples of the genre, there is no doubting the fact that Exerion holds up better than most arcade releases from at era and, rather surprisingly for a video game more than 30 years old, still looks and plays incredibly well today.

It’s all very simplistic as one might imagine, but there is something about that unique combination of vertical movement and parallax effects that makes Exerion stand out from the crowd. At first, it’s actually rather odd as you initially feel like you’re moving both up the screen and into it at the same time, but despite the somewhat unique aesthetic and despite the background effects arguing to the contrary, it soon becomes clear that the core gameplay is very much of the classic vertical shooter persuasion. 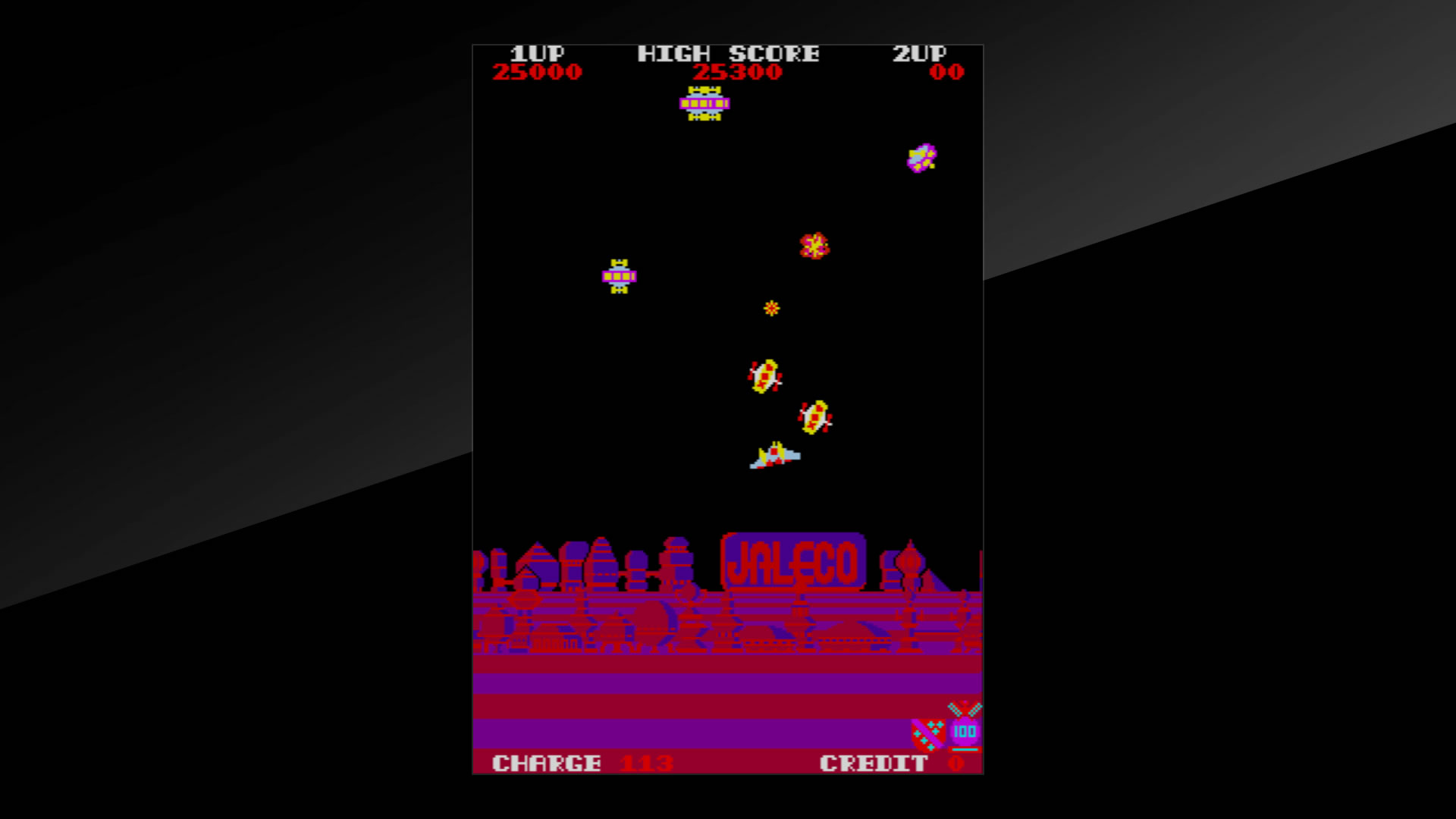 Rather than being stuck at the bottom of the screen ala Space Invaders or Galaga, Exerion allows you to move freely about the screen as per the tradition of more contemporary shooters. That, combined with the sense of movement provided by the background effects give Exerion a surprisingly modern visual style, one that certainly belies its status as one of the oldest games in Hamster’s, Arcade Archives collection. Perhaps it’s the clean lines and somewhat psychedelic colour scheme, but even without the powerful effects of nostalgia, I’d argue that Exerion remains a genuinely good looking video game.

It’s not just the visuals either; the gameplay, while understandably simplistic, is tight, well-constructed and, above all else, incredibly addictive. Yes, the gameplay is fundementally repetitive, the enemy design is limited, it lacks traditional boss encounters (although there are some larger enemies) and it is completely devoid of weapon unlocks, but the combination of chargeable machine gun rounds and the much slower but unlimited double missile attacks does add an underlying sense of tactical nous to the core gameplay that elevates it beyond the traditional dodge and shoot mechanics of the time. 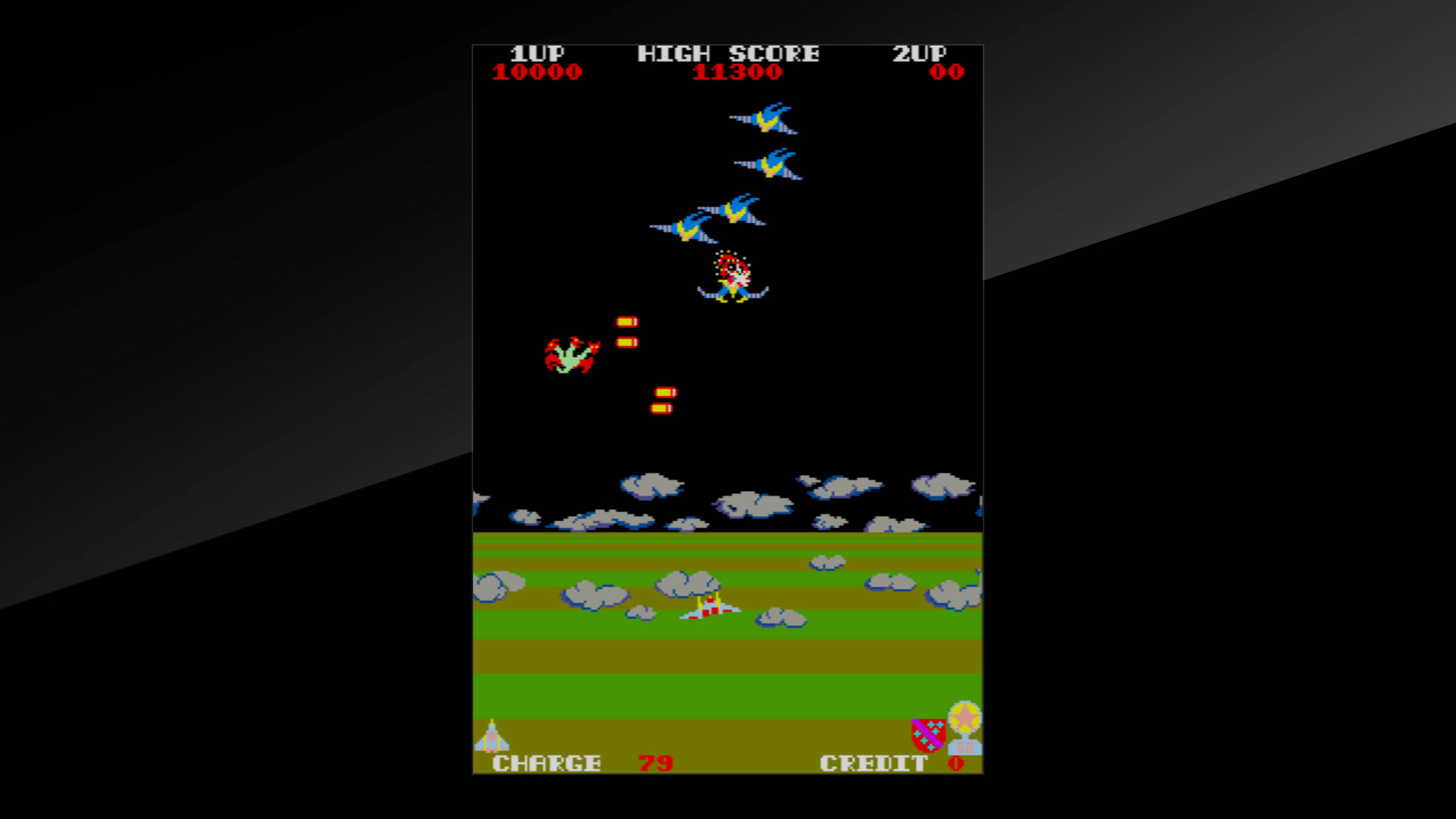 Despite Arcade Archives Exerion being a genuinely enjoyable arcade shooter and this being the first time the game has made it onto home consoles in all of its original arcade glory (the NES, MSX and Sega SG-1000 ports were all understandably compromised), as per all of Hamster’s, Arcade Archive releases, there is the caveat of cost. At £7.99, this is still far too expensive for what is a painfully basic package, one that contains absolutely zero in the way of extra content or additional modes.

Still, get past the lack of trimmings and the high price point and you’re left with a very enjoyable arcade shooter, one that deserves to be experienced by a new generation of gamers. As always, those with a sense of nostalgia attached to the game will be the primary market, but even if you’ve never played/heard of Exerion before, the classic arcade gameplay that drives this simplistic but effective shooter remains as addictive and enjoyable as ever.