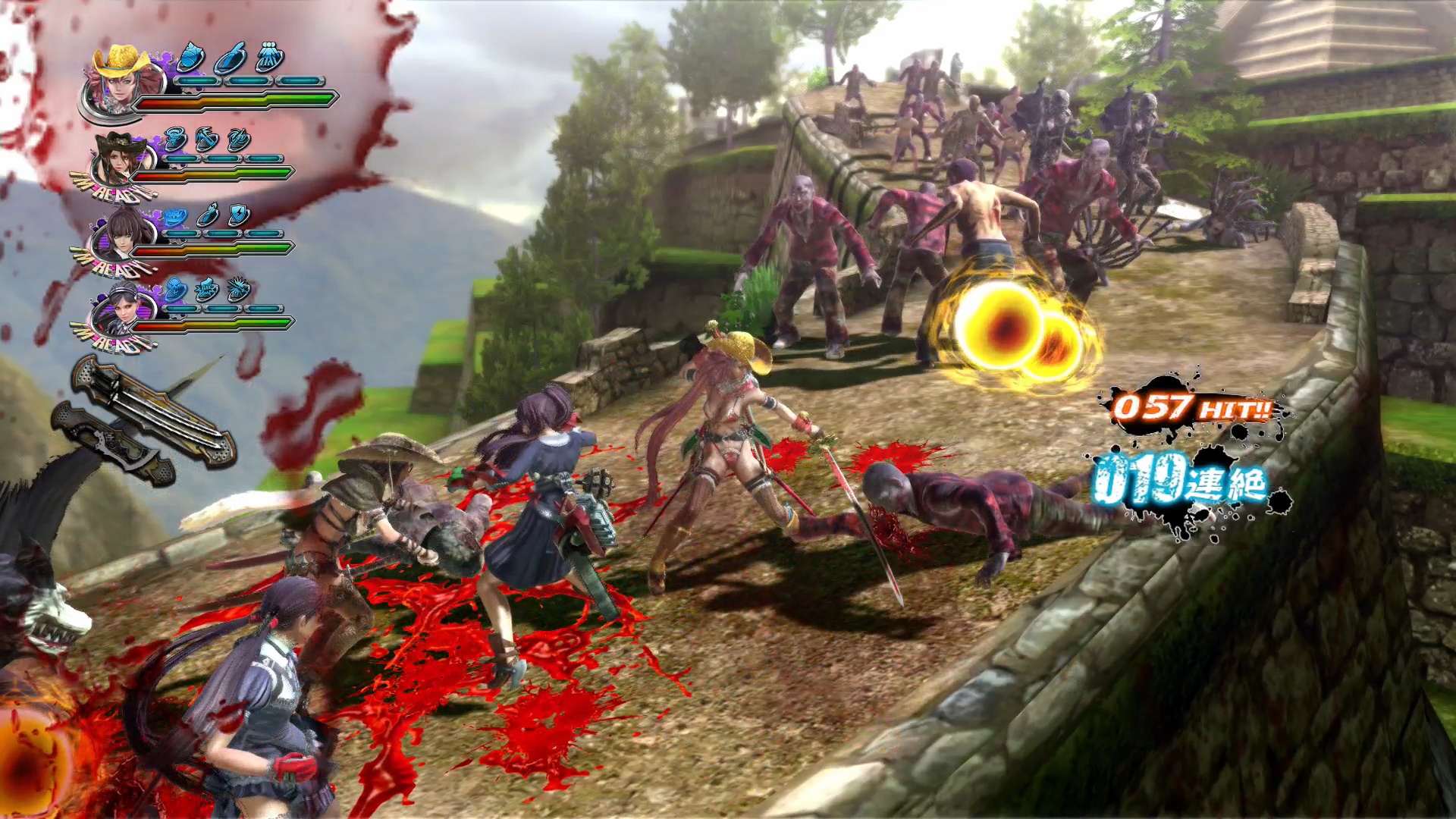 Let’s be honest, the Onechanbara series is pretty dire. Like most gamers from the West, I’ve only played Onechanbara: Bikini Samurai Squad on the 360 and Onechanbara: Bikini Zombie Slayers on the Wii, but honestly, I’ve seen enough of the Japan only PS2 releases to know that I really haven’t been missing much. These are relatively basic hack and slash action games that replace looks and finesse with sleazy outfits and decidedly average gameplay – they’re kind of like Bayonetta, only, y’know, without the knowing wink, high production values and underlying quality. At a glance, PS4 exclusive, Onechanbara Z2: Chaos looks to be more of the same, and while it is to an extent, there is no doubting the fact that this is the best game in the series to date.

A direct follow up to the Japan only (and brilliantly named), Onechanbara Z Kagura with NoNoNo!, this latest slice of scantily clad demon slaying is, well, it’s actually pretty good believe it or not. I’m not going to get carried away here – it’s still not great, but it’s certainly a step-up from what has come before and can now be considered a genuine guilty pleasure. Yes, it’s still got an array of issues, but there aren’t too many truly bonkers mid-tier video games like this anymore, and despite its faults, I’m just glad it made it to the West at all. The choice of clothing (or lack thereof) might be morally questionable and the dearth of content is certainly an issue, but the combat is largely enjoyable, and above all else, its actually rather fun. 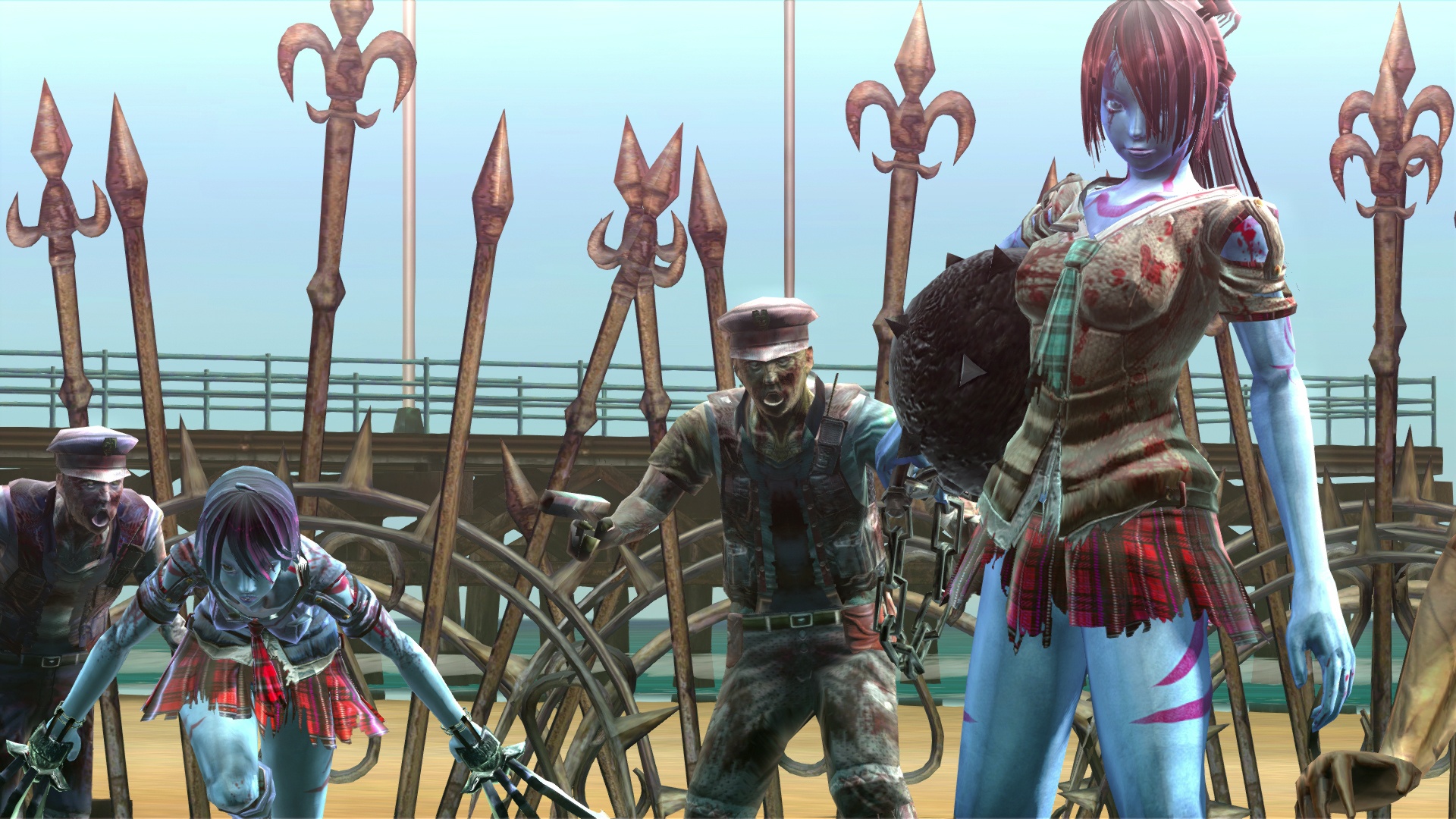 As always, the story, this time involving two pairs of sisters from warring clans (Aya and Saki from the Baneful clan and Kagura and Saaya from the……..vampire clan?), is unsurprisingly, utter tosh. There are monsters galore and the opposing clans need to team-up to fight off a new, all-encompassing undead threat. I’m sure something else happened along the way, but this is a nonsensical follow up to what I can only imagine was nonsensical original. Some of the dialogue and delivery is actually pretty fun (it’s certainly delivered with gusto), but I never cared about what anyone was saying. I didn’t hate any aspect of the story, I just found it very easy to zone out. Luckily, while the story is the usual gibberish, Tamsoft appear to be more than aware of the fact and have wisely placed Onechanbara Z2: Chaos’ focus on the action rather than the story.

Here, a new tag mechanic and a much more nuanced set of battle mechanics help to make, Onechanbara Z2: Chaos the best game is the series to date….and by some margin I might add. I had tried to play through previous games in the series, but the low production values and repetitive gameplay ensured that each entry was good for little more than a cursory glance. This latest release though, well, beyond the fact that I was somewhat obligated to stick with the game (this wouldn’t have been much of a review if I hadn’t), I actually found myself coming back for more long after the story was complete.

It’s still a way off from competing with the likes of Devil May Cry and Bayonetta, but this is a much slicker, far deeper brawler than its predecessors. The AI is still largely terrible and the boss battles aren’t all that memorable, but they’re largely well designed and for the most part, provide enjoyable cannon fodder for your well-armed group of monster slaying heroines. Some of the boss battles do provide a bit more challenge, but the game relies heavily on either size or sheer numbers to up the ante.

Still, despite the enemies failing to provide a meaningful challenge, the much improved combat ensures that battles are rarely anything less than entertaining. The tag system that allows you to change character at any point (and even follow straight into extended combos), the array of unlockable weaponry and the new enhanced attacks all make Onechanbara a much more rewarding experience on the PS4. The dodge mechanic feels a little clunky and the camera can have its moments, but this more casual take on the genre certainly has its place. Sure, the often erotic aesthetic won’t be for everyone, but this time, even if you’re not into scantily clad Japanese cowgirls killing zombies (God knows who wouldn’t be), there is enough enjoyment to be taken from the mechanics alone to make this a genuinely viable option for fans of the genre. 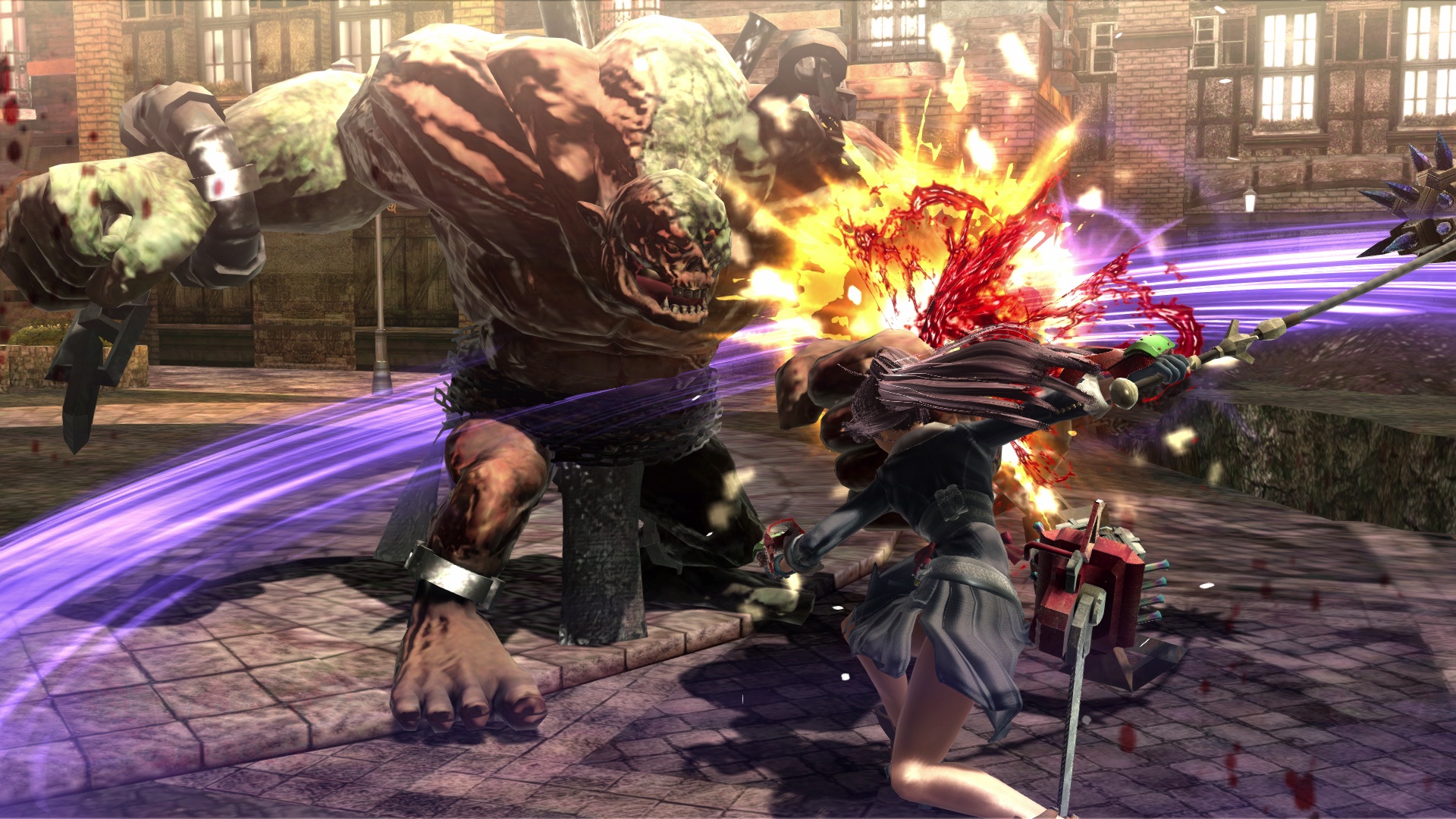 Most will finish the story mode in under 6 hours and with no multiplayer to speak of, Onechanbara Z2: Chaos is definitely short on content. The mission mode and its collection of score based challenges do keep things interesting and the array of unlockable outfits and gear do make extended play worthwhile, but there is no getting around the fact that Tamsoft’s latest could do with a little more meat on the bone. Also, while the girls look better than ever (and even more nude than usual), many of the enemies and environments still look decidedly last-gen. Again, it’s a big improvement over previous releases, but like many of Koei Tecmo’s Musou games, the environments and level design are painfully dull providing little more than poorly detailed arenas in which to destroy the swathes of enemies sent your way. In its defence, the game does run smoothly for the most part, but that’s the least one could expect from a game that puts so little effort into the quality of its environments.

It’s unlikely to win any awards come the end of the year and elements of its design still feel somewhat stuck in the past, but for the most part, Onechanbara Z2: Chaos delivers a highly entertaining hack and slash adventure that combines surprisingly nuanced combat with a schlocky but oddly charming aesthetic to create a kind of low-rent Bayonetta that is arguably much friendlier to more casual fans of the genre. The lack of content is an issue and some of the visuals and level design is downright poor, but this throwback to mid-tier Japanese video game development provides one of the year’s most pleasant surprises and a satisfying alternative to the collection of known quantities coming our way in the months to come.