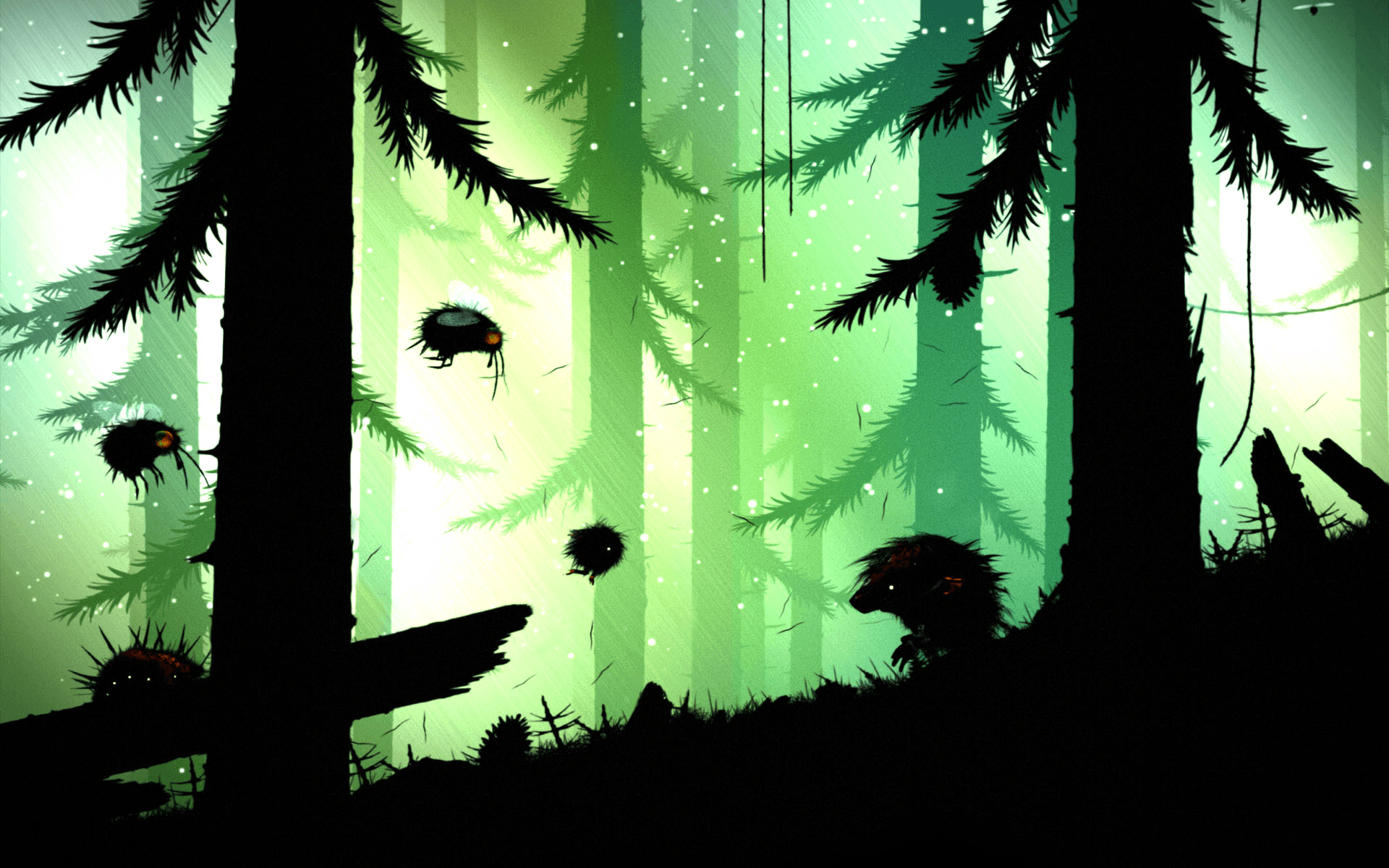 A 2D indie side-scroller set within haunting environments, featuring physics-based puzzles and with beautiful silhouetted graphic. It’s impossible not to draw similarities between FEIST and LIMBO (they both even have the same stylised titles in capital letters). Limbo was a runaway success both financially and critically, so the big question is whether FEIST is worthy of emulating those accomplishments.

Right from the start the similarities are obvious, as with a bare minimum of scene-setting or guidance you find yourself in a strange world and setting off on a rescue mission – although in this instance to save your mate rather than your sister in Limbo. The protagonist here is not human but a small, furry creature and the opening scene shows your mate being captured and taken away by larger (but still furry) hunters who end up featuring as boss encounters at certain intervals throughout your journey. 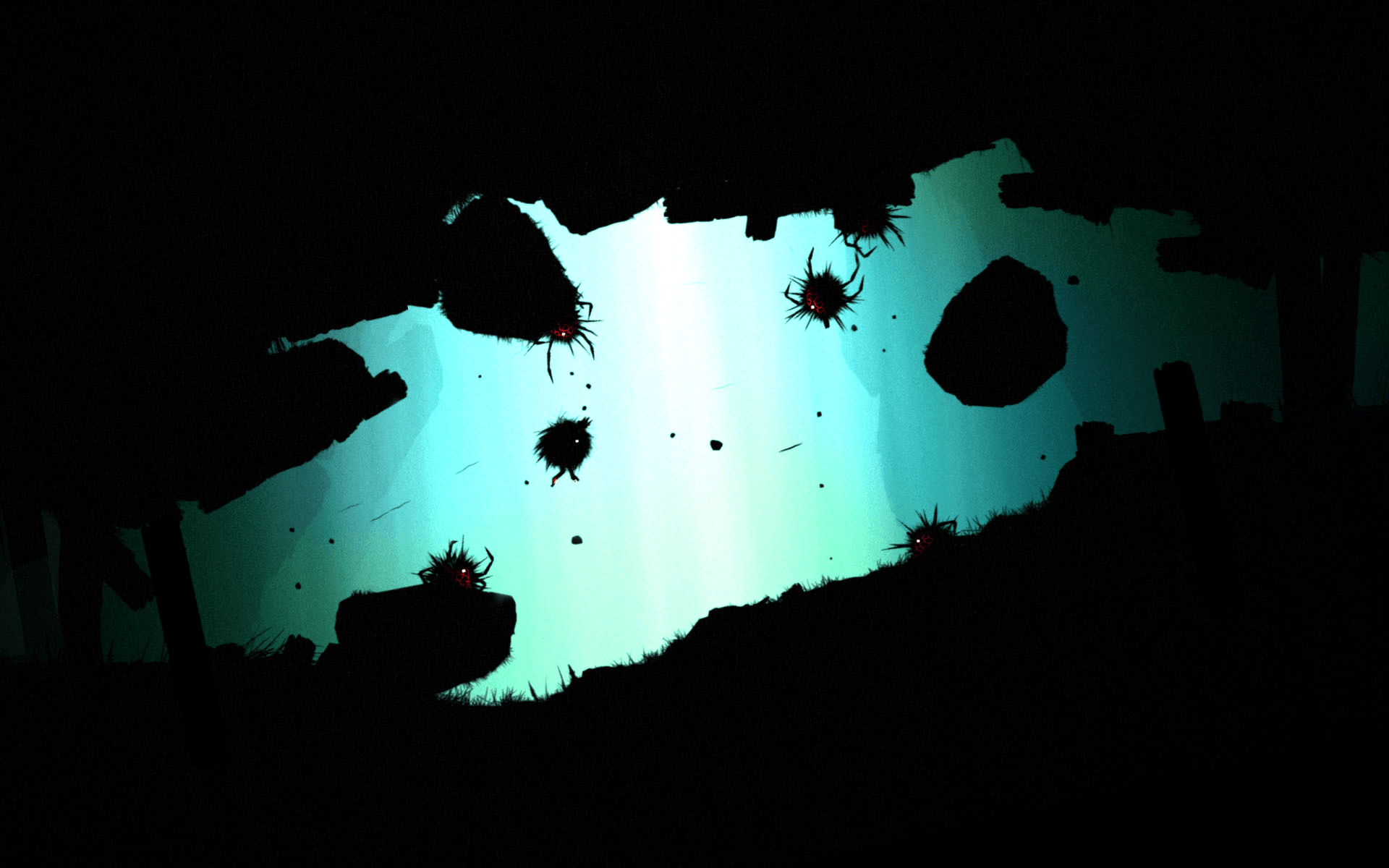 Gameplay will feel very familiar to anyone who’s experienced the joys of Limbo as you navigate the striking landscapes. The main source of divergence between the titles however is the greater emphasis on action in FEIST. Your nameless character is faster and can jump far higher – and crucially can fight back against enemies by picking up various objects. Sticks can be used to hit opponents while rocks and other objects can be used as projectile weapons – and are launched with a fair amount of velocity by the diminutive hero. Your offensive abilities are essential as the fauna of this world is equally aggressive and will attempt to hit, impale, bite and even burn you. Unlike in Limbo you can take a few hits before succumbing, but often you’ll find a single hit will stun you long enough for enemies to get further hits in and finish you off.

Of course visually FEIST is heavily influenced by Limbo and the graphics are one of its strongest features. It looks wonderful and while Limbo was a fairly monochrome affair, FEIST benefits from some uses of colour which complement the dark black outlines to the extent it actually looks better than Limbo. The screen is also clear of any clutter and doesn’t even have a hint of a health bar – it wasn’t until I’d almost finished the game that I noticed my character’s fur got slightly more disheveled to indicate your status (and around the same time I realised the flies that buzzed around actually served a purpose in replenishing health). My only minor gripe with the graphics is that it’s sometimes tricky to tell what’s part of the background and what’s a physical part of the environment (or part of a hidden trap or enemy). 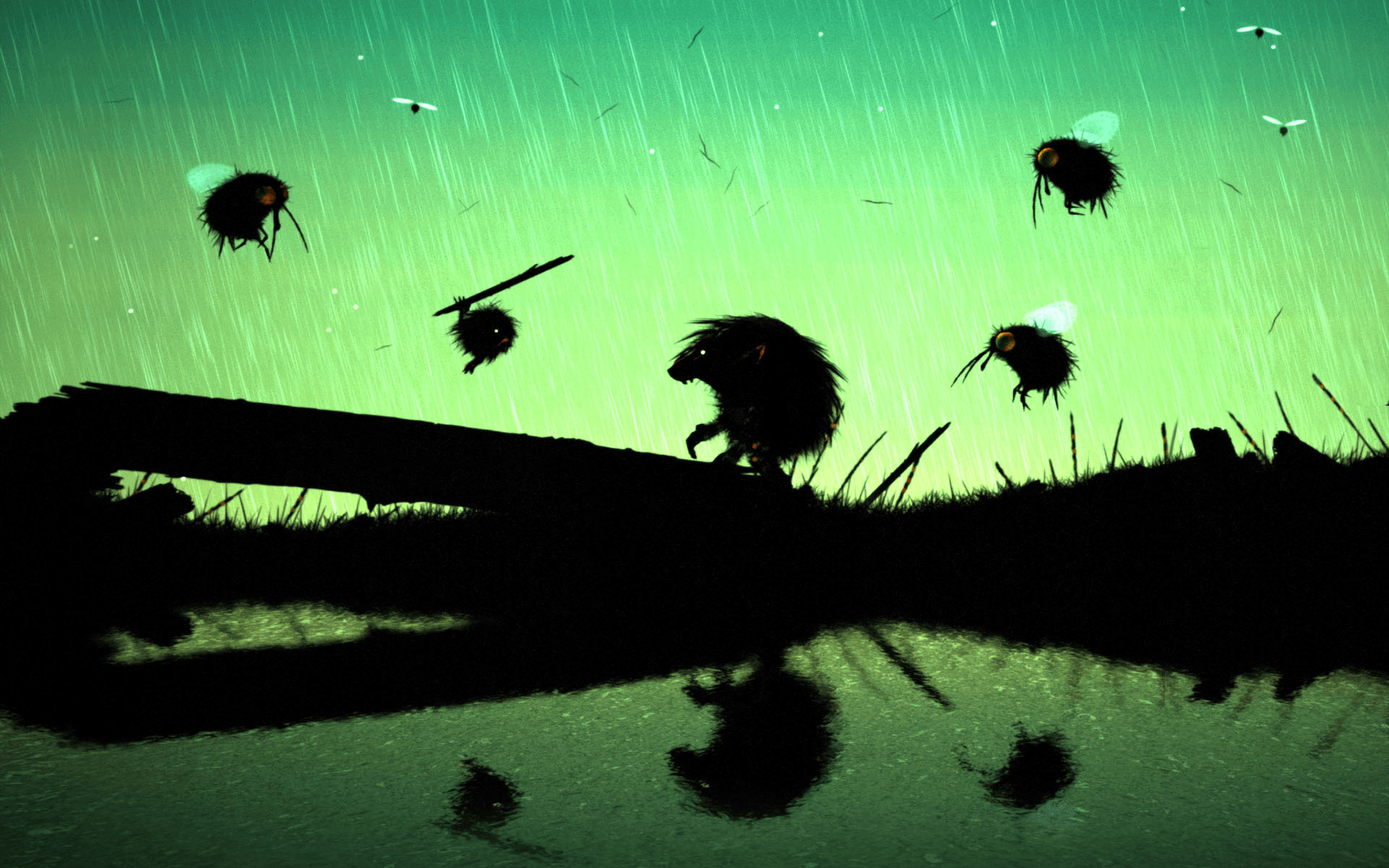 FEIST is the first release from indie Swiss developer Bits & Beasts and while it’s mostly a very impressive debut there are clear signs of inexperience. The challenging difficulty is very uneven with long periods of relative ease punctuated by parts that are particularly frustrating, especially when there are multiple enemies on-screen. The enemies also seem a bit too extreme with the projectile firing enemies in particular able to hit you with ease, even from several screen backs just when you thought you’d left them behind. This does contribute to making the gameplay tense and engaging, but could probably have benefited from further playtesting.

Similarly certain sections can get a bit repetitive, and it’s here that FEIST gets further left behind by Limbo which constantly innovated and was memorable throughout. FEIST never quite hits those heights, with only a few sections sticking in the memory. The short length (only a few hours) is also a negative point and while Limbo got away with this by providing a fantastic experience throughout the same can’t be said here. So with the inevitable comparisons FEIST does come off second best, which isn’t actually that bad. Limbo was a fantastic game after all – it just means FEIST is merely a ‘good’ game.