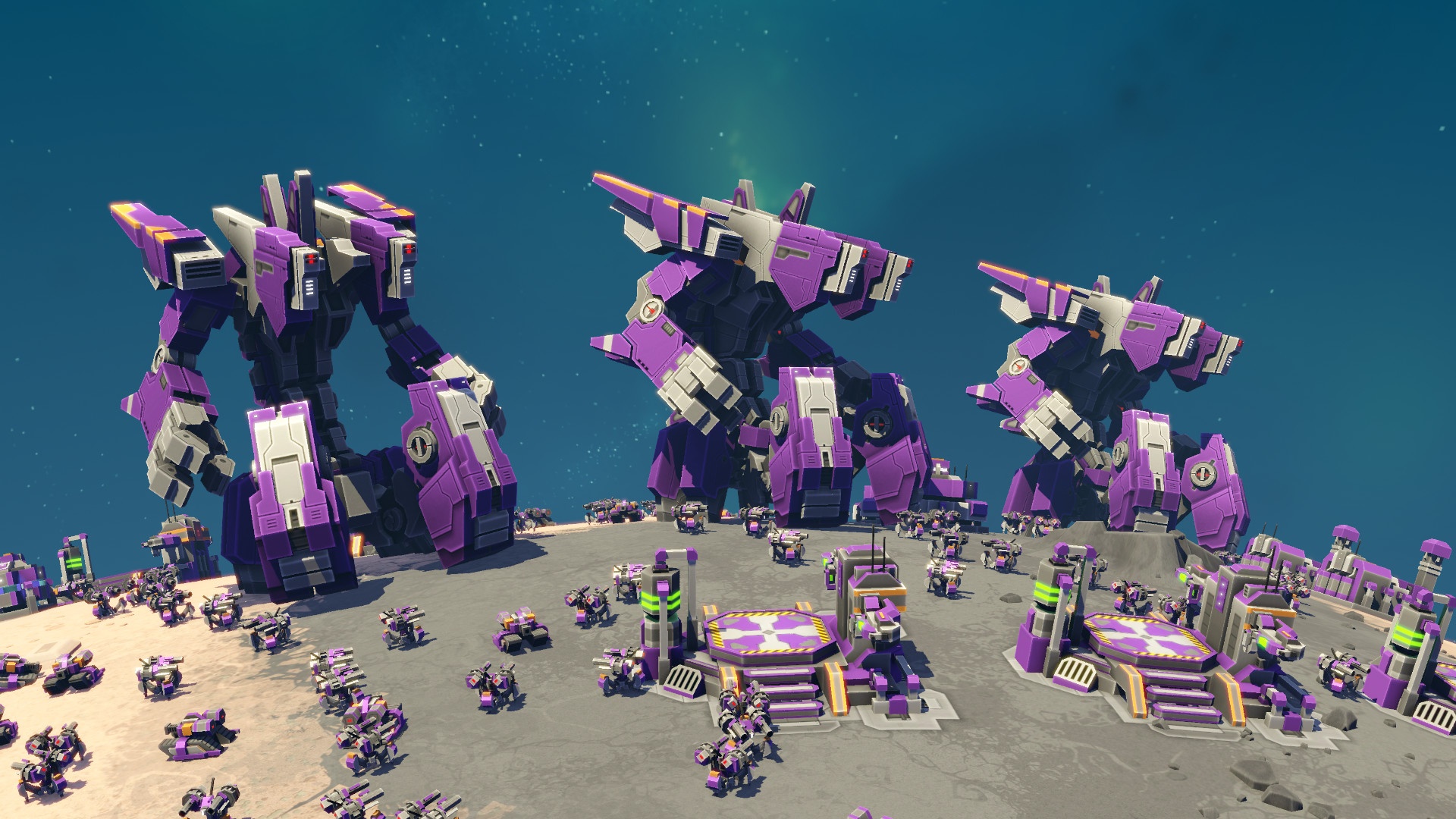 I never played Planetary Annihilation, although I remember being intrigued whenever I saw images or gameplay footage – the sprawling battles instantly appealing to my neglected RTS cravings. The large scale of the battles means warfare isn’t restricted to a defined map but to the entire surface area of a mini-planet, moon or asteroid, and even into space and across multiple planetoids simultaneously. With hundreds of units swarming around fully 3D spherical battlescapes it certainly looked bombastic, ably complemented by bright, chunky graphics and the ability to drastically zoom in and out.

However the reception when it was eventually released after several delays was fairly muted. Kickstarter backers and early adopters complained about glitches, missing features and unbalanced gameplay and a perceived lack of support from developer Uber Entertainment. Nearly a year later TITANS as a definitive version (or expansion for those that own the original) seemingly to address the concerns of existing players and encourage a new conscription of gamers to join the fight. 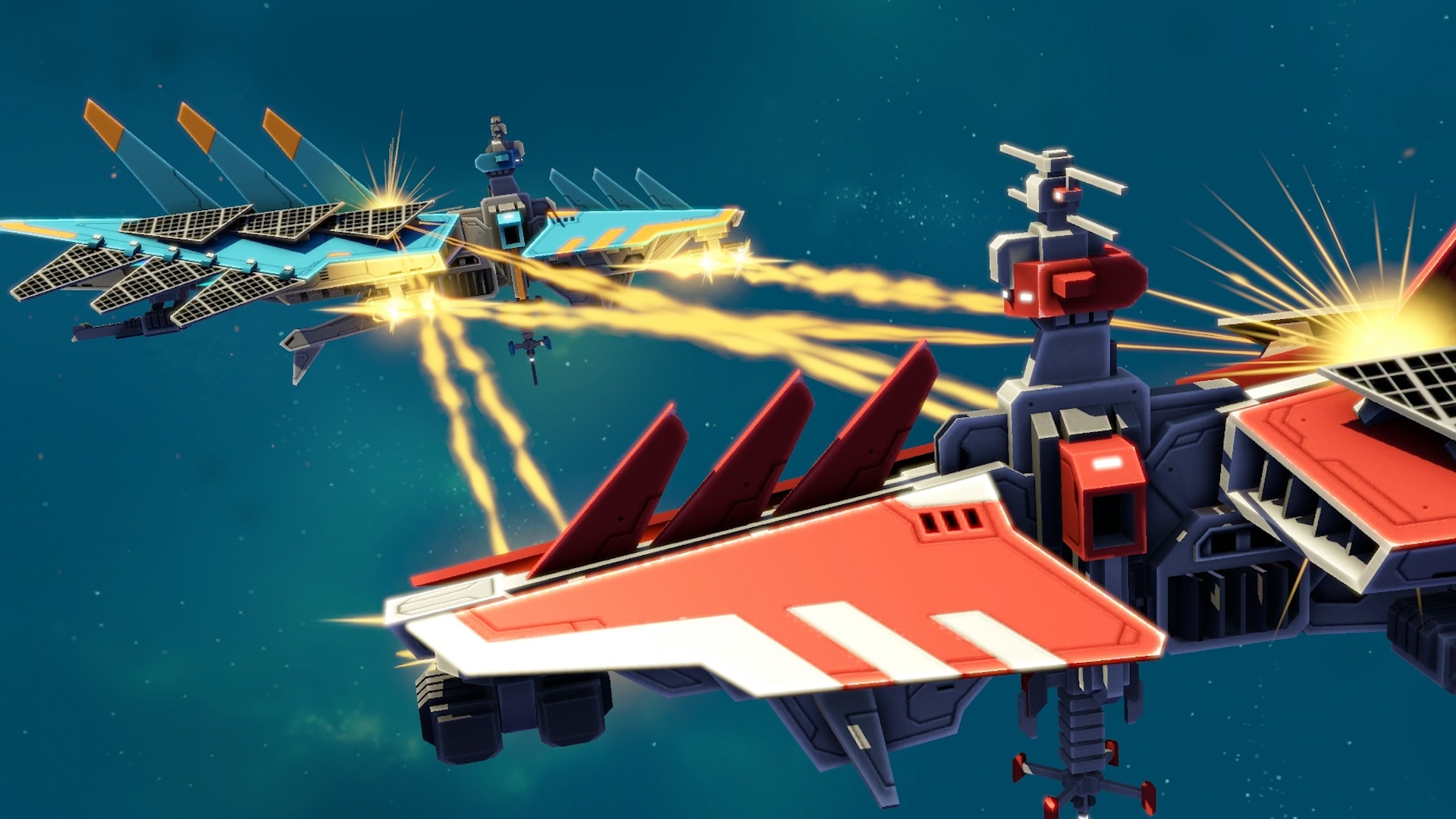 Having not played the original I can’t vouch for how much of an improvement it is, but given the original has now been removed from the marketplace it seems to be more of a straight replacement anyway. The landmark addition is the five new Titan class units which certainly look very impressive and can decimate whole enemies when introduced, although their domination does make them seem a bit unbalanced which is concerning considering that was already a criticism of some units in the first game. Speaking of units, a whopping 21 new units have been introduced meaning there’s a vast number to experiment with but it almost feels like too much as they aren’t all radically different and you’ll often find yourself just utilising a selection.

Elsewhere the introduction of a tutorial mode and new types of terrain, including multi-layered terrain, makes sense but should really have been included from the start. The same goes for the fixing of bugs and glitches, although seemingly a number of users are still reporting a variety of problems (for the record my gaming experience was fine apart from a couple of minor issues which seemed to be one-offs). Unit balancing and the AI have also both apparently been improved, but given how neither seem perfect yet makes me wonder what they were like before.

Existing owners of Planetary Annihilation might therefore have the right to feel short-changed although they do get a hefty discount off the standard price of TITANS, and Kickstarter backers get it for free. However as a newcomer I did find the game pretty enjoyable, at the start at least. On my mid-range PC the resolution had to be reduced somewhat in order to run smoothly but the cartoony nature of the graphics means they don’t really suffer, and the action escalates at such a rapid pace that there’s very little waiting around before you’re commanding huge armies. A special mention should also be made to the queuing and automated features that you can implement so you don’t have to micro-manage every aspect of your armies and can focus on the warfare. 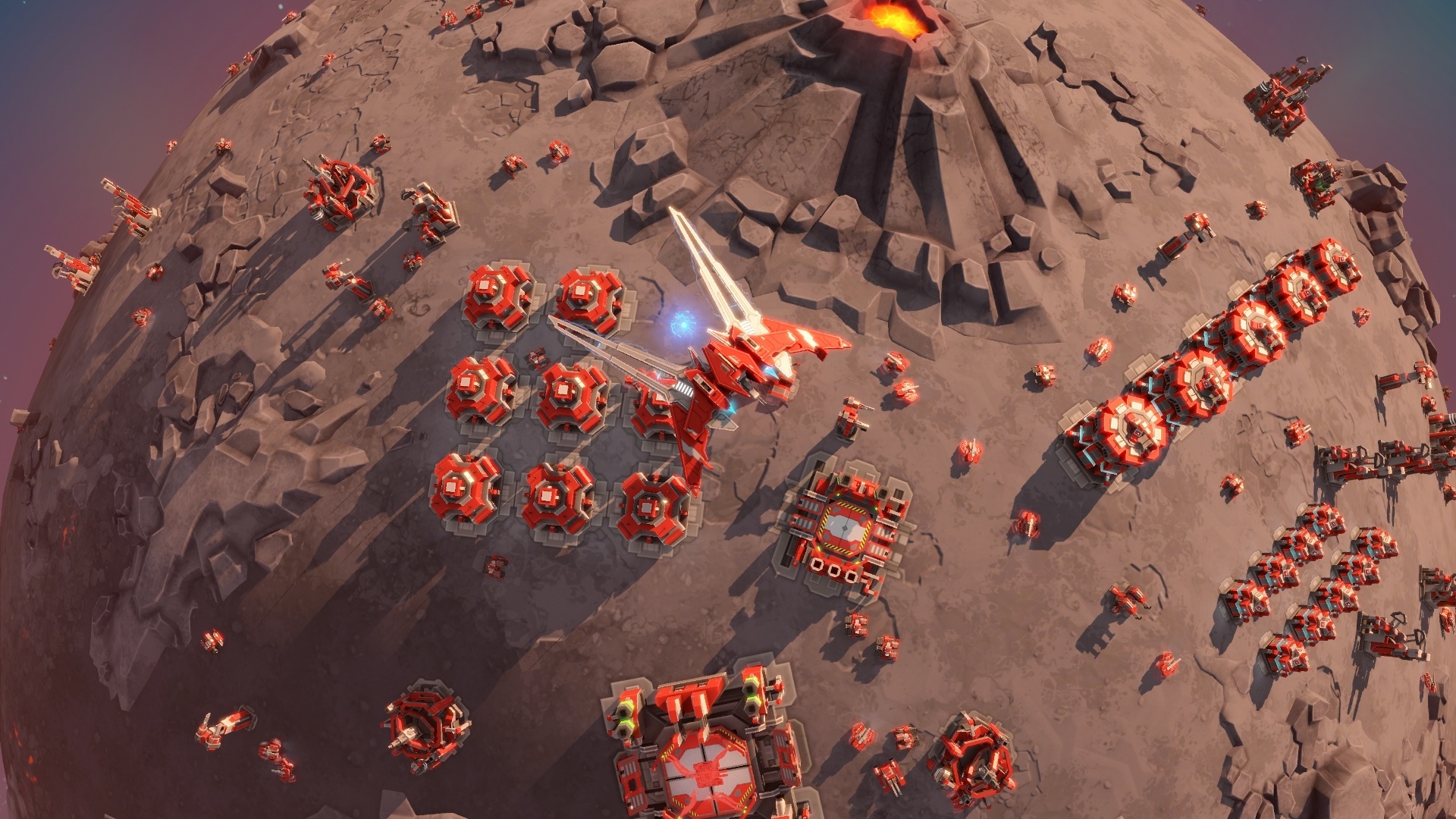 The spherical nature of the environments you fight upon are also fairly unique amongst RTS titles, and mean it’s hard for your enemies to bunker away in the corner of a map as you can simply circle round behind them. The use of Commander units is also an interesting innovation as their death can end the battle instantly, potentially bringing a more chess-like atmosphere to proceedings rather than the usual tactic of mass building units and swarming your enemies. However they actually end up being a bit too easy to kill, which as mentioned previously is a balancing issue as there are several units which feel overpowered.

The main problem however is that once the initial glee of enjoying gigantic battles and trying out all the impressive units wears off there isn’t too much to keep you interested. The campaign isn’t particularly interesting while the four factions actually all share the same units and research trees. The AI is fairly standard and becomes boring after a while, although there’s at least a decent amount of players online. However given the grumblings from all the early-adopters it remains to be seen how long there’s an active online community for.

TITANS is still easy enough to recommend for most gamers looking for a short-term RTS-fix and you’ll definitely get a decent amount of entertainment from it. However it’s far from the best RTS game on the market, and existing Planetary Annihilation players whose enthusiasm has waned are unlikely to find much here to reignite it.