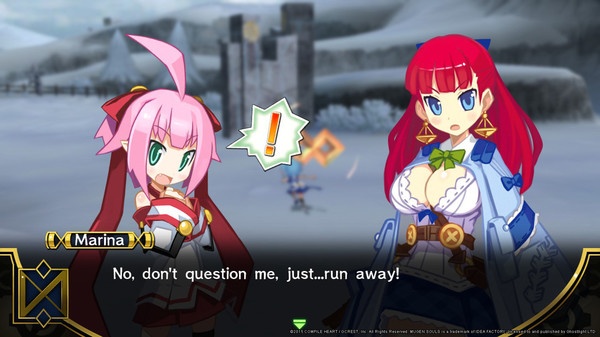 Mugen Souls is one the most unique and weird games I have ever played. Straight away I have to say it was way to tutorial heavy, it completely destroyed the pace of the game and I actually found myself desperate to skip the tutorial’s and try work it out for myself. It does however have a lot of charm although saying this I wouldn’t say this game is going to be for everyone.

When I started playing this game I thought it was simple enough, the HUD world was nicely laid out and I knew where everything was on my ship. You can buy items, upgrade equipment and even buy new clothing, which changes the way your characters look. Just like the hyper dimension series you can also create your own unique characters. These are called peons which work sort of the same way main characters do. You level them up, they learn new abilities and you outfit them with equipment and clothing too. They are optional and I found you can get by just using the characters gained from the story.

Mugen Souls is set up in the netherworld. You play as Chou Chou who plans to take over the universe one planet at a time. On your way to your conquest you encounter more characters who want to help your quest for domination it tells a good enough story but I found it a little on the slow side and players who are heavy on story will quickly lose interest. Saying that there is plenty to keep you busy if you stick at it. 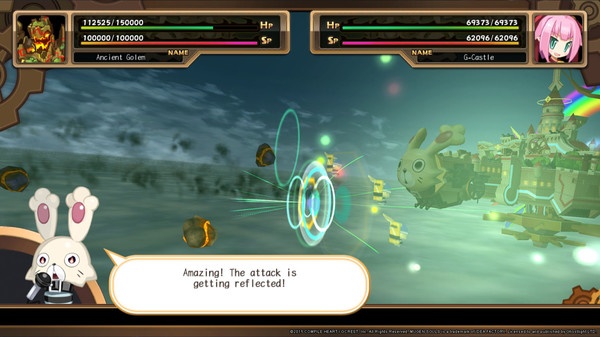 What did surprise me was how much depth there was to its combat system. Not only just with character battles but with Airship battles too. Airship battles kind of worked like Rock paper scissors you choose one and either win or lose. I did find this at times a little tiresome as I waited for the opportunity to strike the enemy just seemed to copy everything I did Like they were waiting for me to make the first move.

The characters are likeable enough and the English voice overs are really solid. There’s some big talent in that department with Johnny Yong Bosch as Ryuto for those who don’t know who that is he voices Yu and Adachi in Persona 4 the animation and the game. Kira Buckland also voices the main protagonist and she too is a very big name in the Anime world. They are the only ones I could recognise just by hearing them but I’m sure there are a lot more from very popular animes .The voice work is some of the best I’ve heard. The music is on point too, you won’t be disappointed if you’re a fan of traditional Japanese pop music it’s here.

Dungeons are pretty linear and straight forward too. You see an enemy on screen and have a chance to get a blow in before you start a battle. One thing the game does and I have already stated this once is overload you with annoying tutorials. This wouldn’t be so bad if I could skip them or if they didn’t make an annoying bleep sound every time it was pointing out a key part of the tutorial. Once they are out of the way though animations of big team attacks are fun enough to watch for the first few times then you will definitely find yourself skipping them.

The real aim of the game is to collect peons. Peons act as like your army. You can persuade most enemies to join your side as a peon by using the Moet system. This is a system where you try to use your emotions to charm the enemy into no longer fighting you. I found myself barely using it as I didn’t really need to until the later stages of the game. It’s also annoying you have so many different styles of Moet but don’t really get told which would be most effective at what time. It just sometimes feels like trial and error and using the wrong one can make the fight a lot harder too. You can also use these peons to power up your characters equipment or battleship. 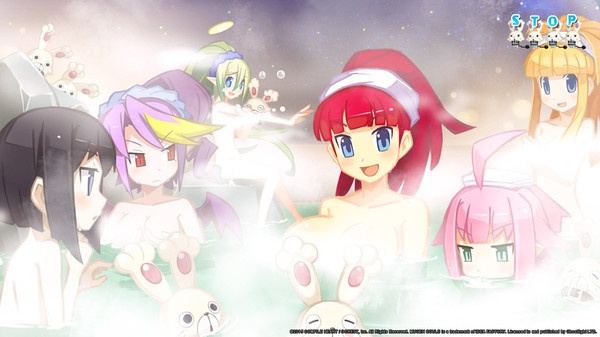 Battles let you move around and planning your next move is nice and easy thanks to the turn monitor at the top of the screen letting you know whose turn is when. One thing I found really enjoyable about this game was the blast off mechanic. You go up to an enemy and hit them and they fly around the battlefield hitting over enemies doing big damage almost like snooker or pool in a way. This is key to set up enemies to get as much out of the Moet system as possible because the closer they are together the more effective it is and it could save you a turn if more than one enemy is in range.

The way Mugen souls is presented is pretty much the same as any other JRPG. Your characters appear before you in dialogue and the emotions and events are animated extremely well. As expected dialogue is big in this game so it’s good that these are nice to look at because you will be looking at them a lot.