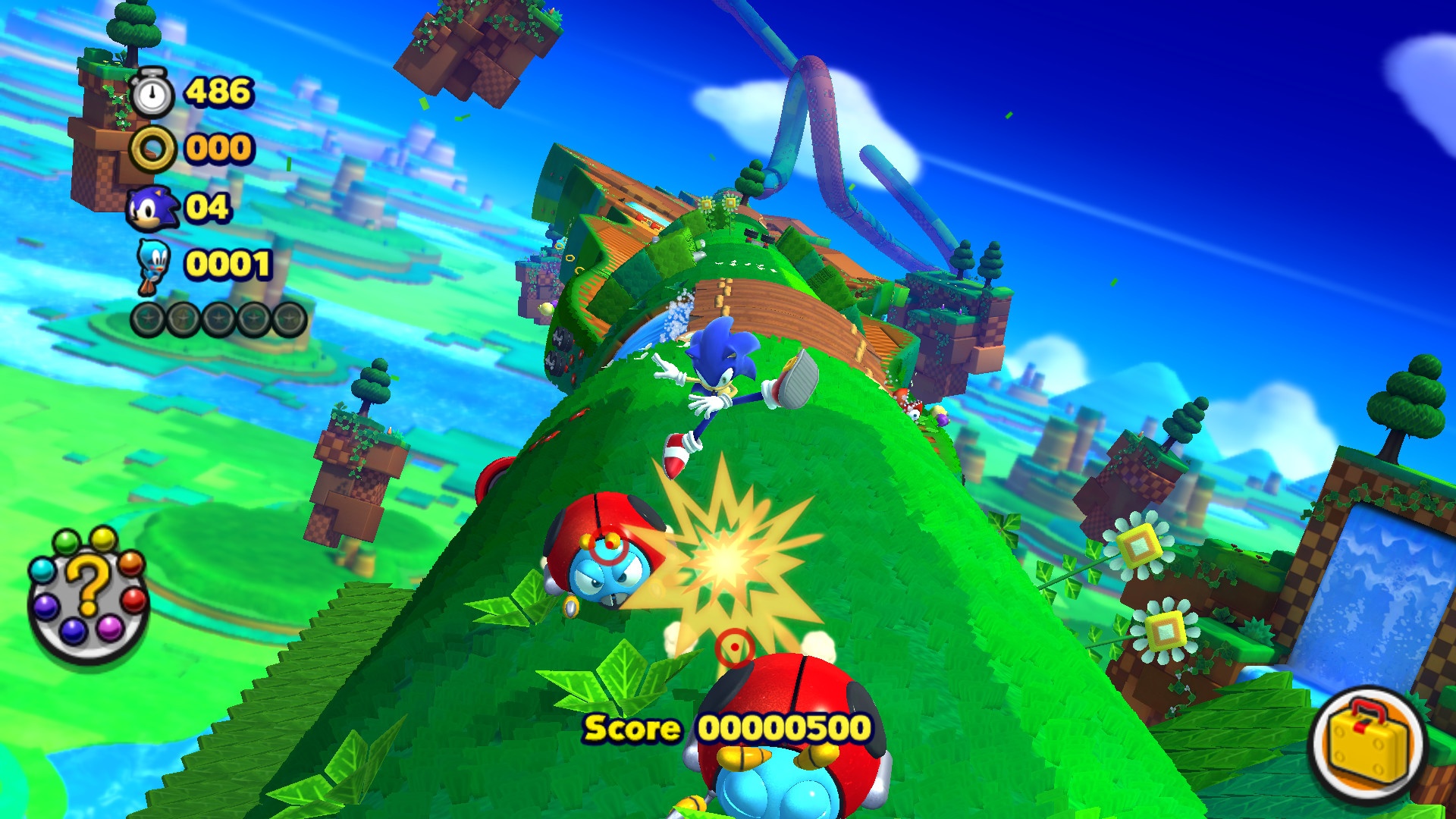 Sonic Lost world originally released for the Wii U back in 2013. In 2015 Sega decided it was time to port it over to PC. The result is one of the cleanest ports I’ve ever seen. I had zero issues with framerate or crashes in the time I played this game. It does recommend a gamepad and I would highly suggest the Xbox afterglow Gamepad as it is really well suited to this game the only issue I found was clicking in the left stick brought up an annoying menu but you soon you get the hang of it.

Don’t get me wrong I was sceptical about this game due to the fact it takes away the one thing that makes a sonic game well a sonic game, speed. This is due to the new direction this game takes and instead of making levels about how fast you can get through them there are multiple paths to explore and hidden goodies to be found. The game alters from a traditional 2D view to the new 3D view which worked so well in Sonic Generations. If you are after a game were you go at mega fast speeds and clear the level within minutes then you are going to be disappointed. Saying that, this game offers something no other sonic game has, true platforming. Optional routes are a plenty and that’s something we haven’t seen much at all in previous sonic games.

This game uses elements from another famous franchise Super Mario Galaxy. You find yourself traversing worlds been upside down and flying across the sonic world be it via from a cannon or some other unique way. I love the level design of this game I never felt like I was playing the same level and some levels often changed the mechanic’s entirely one level for example consisted of just grinding. The high-speed chases are still very much in there and the game does often make you go fast just not as fast as we have seen sonic go in the past. 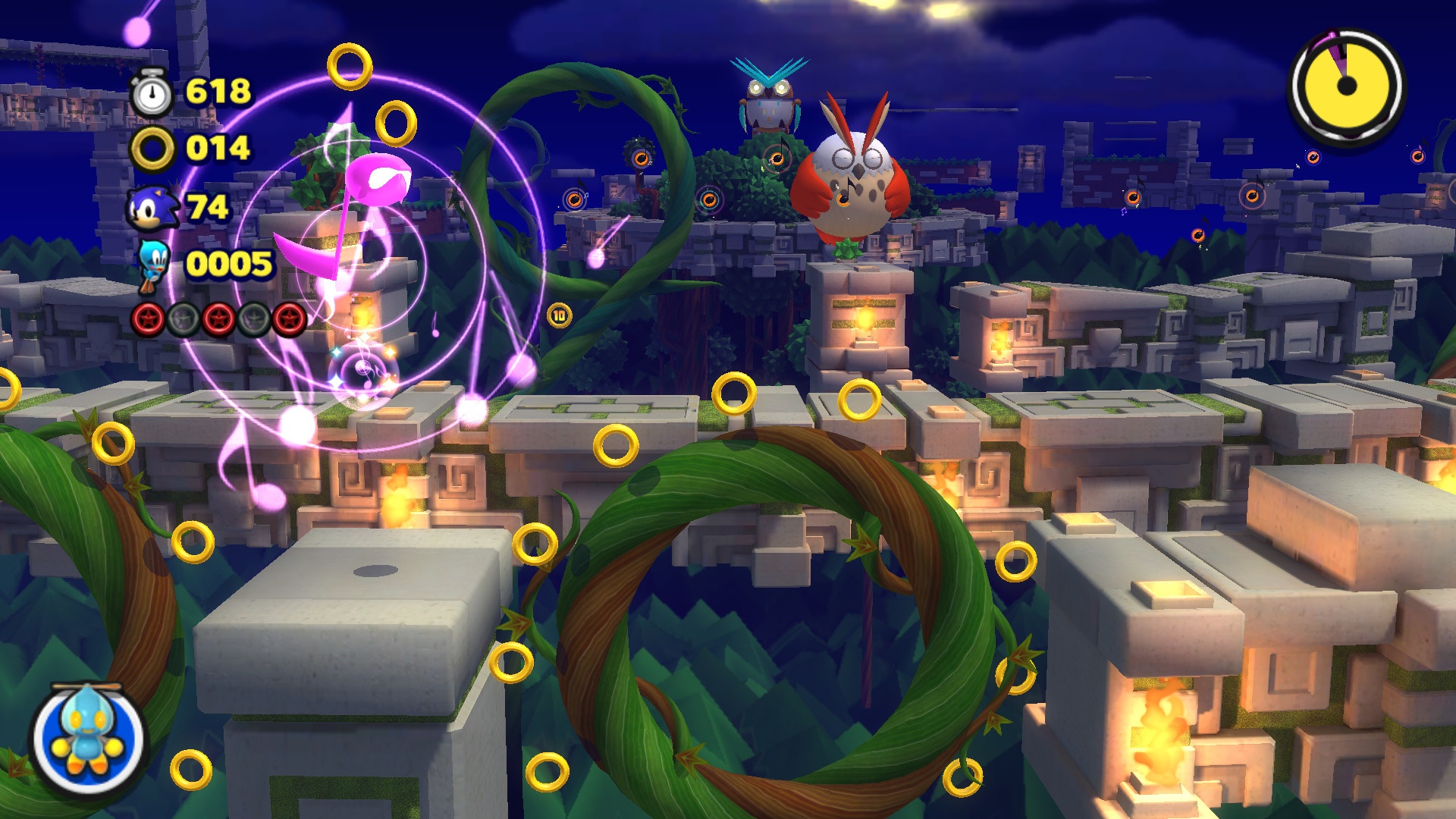 The wisps that made an appearance in sonic colours make a return too. Each gives you the option of using them to make your way through the level or you can go the traditional platformer’s route and navigate your way through dangerous jumps with oh so perfect timing. This makes the game almost feel like the old platformers we used to know such as Crash Bandicoot at one point while I was being chased by a giant fruit it reminded so much of the first time I played Crash and it’s great that SEGA have opted for giving the platform gamers what they want instead of just having you get past a level as fast of possible. It’s something I hope SEGA build on for its future games because although Sonic has lost some speed it felt like a fun and enjoyable experience. The whole game however feels like this and you soon start to realise that this is just the way it I, you warm to it.

I also loved the fact SEGA’s enemy design brought back some very familiar faces. For those who played the original Sonic enemies appear in this game that were in that one some of which haven’t been seen since then at all so it was pretty amazing to see them in all their 3D glory and the nostalgia well and truly hit me. That goes for some of the music too. Some of it sounded familiar to me from previous sonic games, music in sonic games have always been one of its strongest points and this game does nothing to change that.

The story is what we have come to expect in a sonic game. Dr. Eggman has yet another plan to set in motion to destroy Sonic the hedgehog. This time however, he has acquired some allies called the Deadly Six. After Sonic foils Eggman latest they are forced to team up to deal with the Deadly Six after Eggman loses control over them. The deadly Six to me were the bit of a joke each had there “thing” but the boss fights were pretty easy and hardly a challenge. Getting and unlocking supersonic did take me a fair bit of time though. I found the story was enough to grip me enough to finish it but ultimately the Deadly Six just didn’t seem all that Deadly to me. 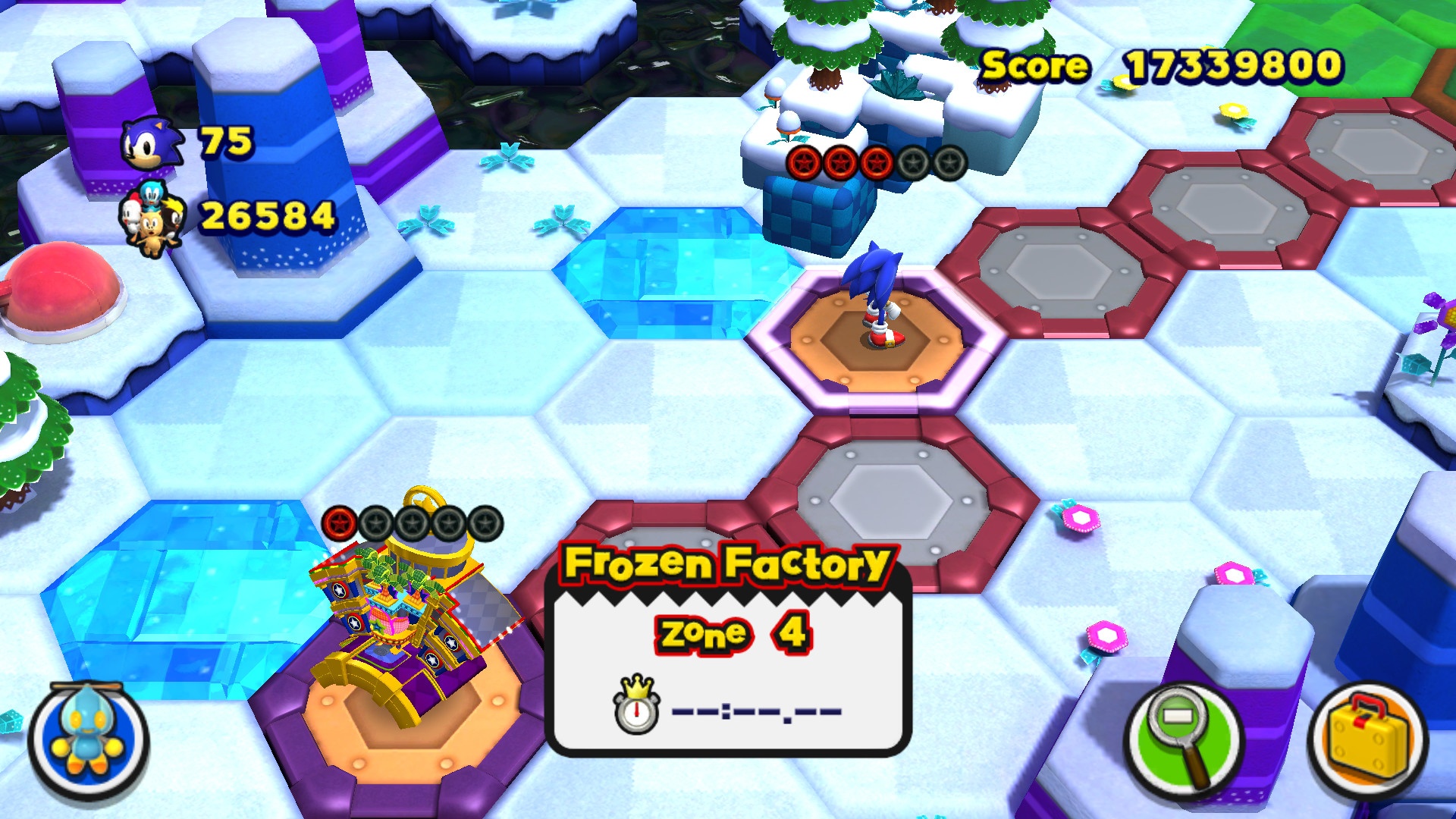 The main problem for the diehard fans will be this does not feel like a sonic game. The speed you crave is gone, often at times I found myself on a roll feeling like the speed demon I know sonic can be to just be ground to a halt by an annoying obstacle. Killing enemies earns you points but while you perform the dash everything just stops. At times it felt disruptive like it completely killed the flow of the game and that’s Sonic lost world’s biggest problem it tries to be a game it’s not. The game at times does have sonic running at speed but it feels more scripted than me making him go fast.

Sonic Lost World is a hard game to judge if you judge it as a sonic game it’s disappointing but if you judge it for a good platformer it’s not a bad game by any means but there’s better and worse sonic games out there. That said it rarely delivers the speed you crave and as a sonic fan I was disappointed about this. Still I would say if you’re a diehard fan give this ago. Just expect something more like Super Mario Galaxy than sonic Colours.