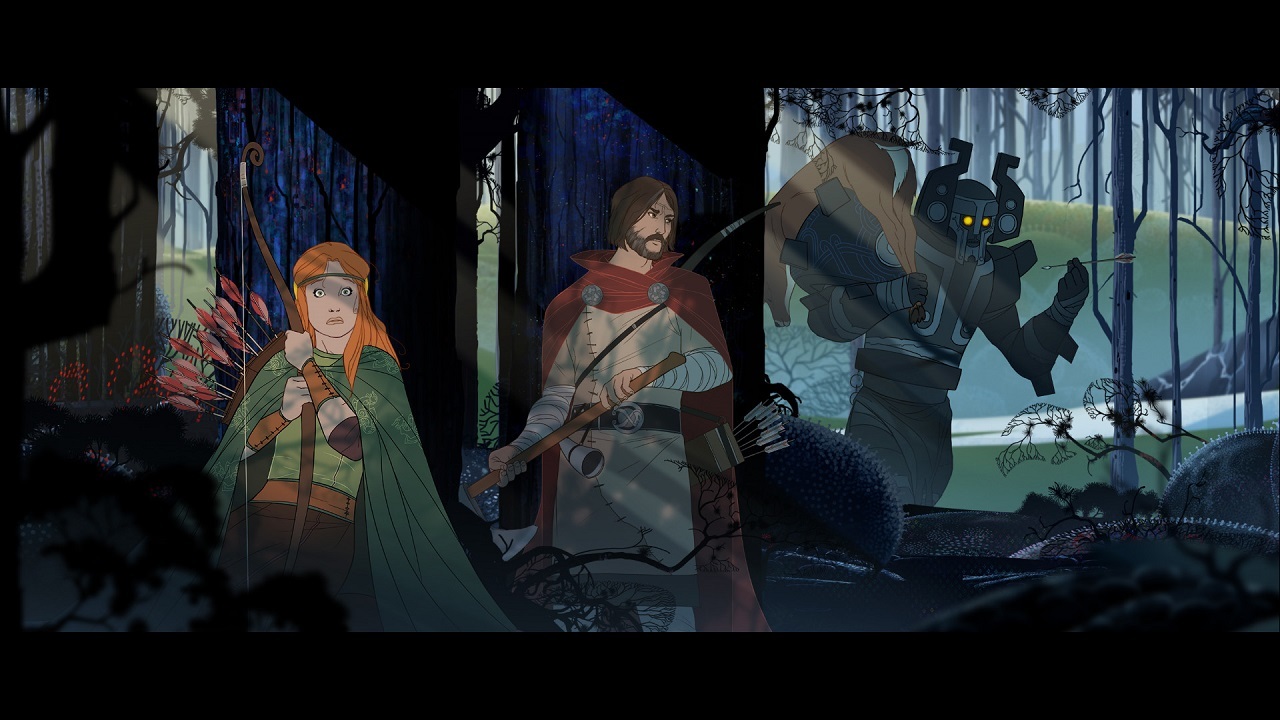 The first thing that will strike you upon starting Stoic’s, The Banner Saga is just how beautiful it is. Whether it be the hand drawn character interactions in which you are forced to make an array of difficult moral choices or the isometric, Final Fantasy Tactics-esque battle sequences, this sombre Scandinavian adventure immediately harkens back to classic Disney animation while developing a somewhat unique aesthetic built upon the criminally underused history of the Vikings.

While short of the traditional fantasy tropes that tend to underpin games of this ilk, developer Stoic, made up on a collection of ex-BioWare developers, has gone for a much more grounded but nonetheless undeniably fantastical tone. There are no orcs or goblins here, but there are giants and the problems that plague this world aren’t without their own sense of magic. Still, despite the war against the battle hardened, Dredge and the perpetual sense of twilight that has blotted out the sun, this is a far grittier and much more relatable tale of a small band of soldiers charged with fighting back against the war-like Dredge via their caravan of hearty troops.

The combination of Telltale style storytelling and Disgea like combat might not seem like an obvious one, but in practice, this bizarre coming together of somewhat disparate styles works incredibly well. The story elements, while occasionally ham fisted, are full of interesting characters married to a beautiful and beguiling world. The visuals throughout really are exceptional, and while the animations are limited and re-used (due largely to budget constraints), the art direction is never anything less than stellar with a design that both mirrors and compliments the very adult story being told. 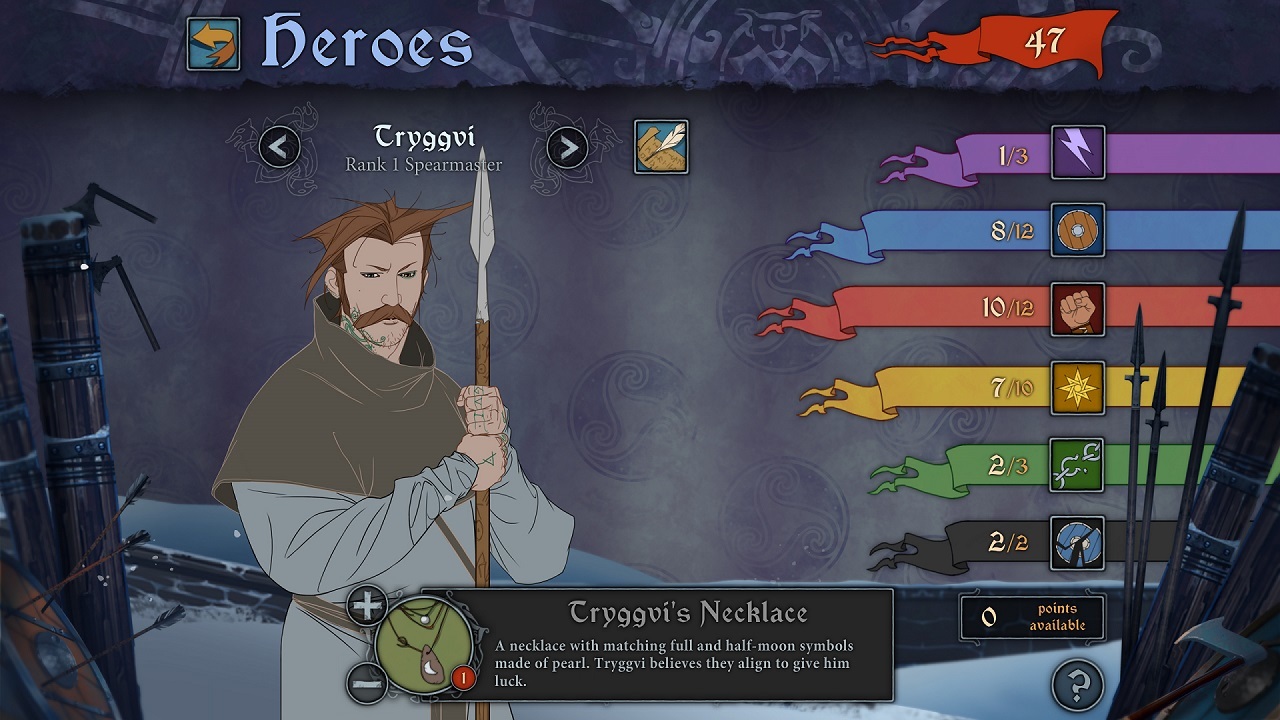 That story might not be overtly complex on the surface, but the characters and your subsequent decisions are nothing if not layered. Repercussions and consequences are not signposted here; decisions are complex and the results of them even more so. This is no simple Paragon vs Renegade system, whatever way you choose to take your band of rowdy, likeable, Nords, your best efforts can have undesirable and long term consequences.

There is no doubt that these story-based elements of the experience are the visual high point, but to its credit, the actual battles themselves, despite having to live within the very ‘gamey’ confines of a tactical RPG battle system, still look fantastic in their own right. Images might paint a rather traditional picture of competent but visually sterile battles (something that inevitably plagues the vast majority of tactical RPGS), but in action, the animations and character details really bring these battles to life. Yes, some of the assets are re-used a little too often and the lack of variety in the classes does ensure a limit to the artistic options available, but despite these minor gripes, the battle system looks great and plays even better. 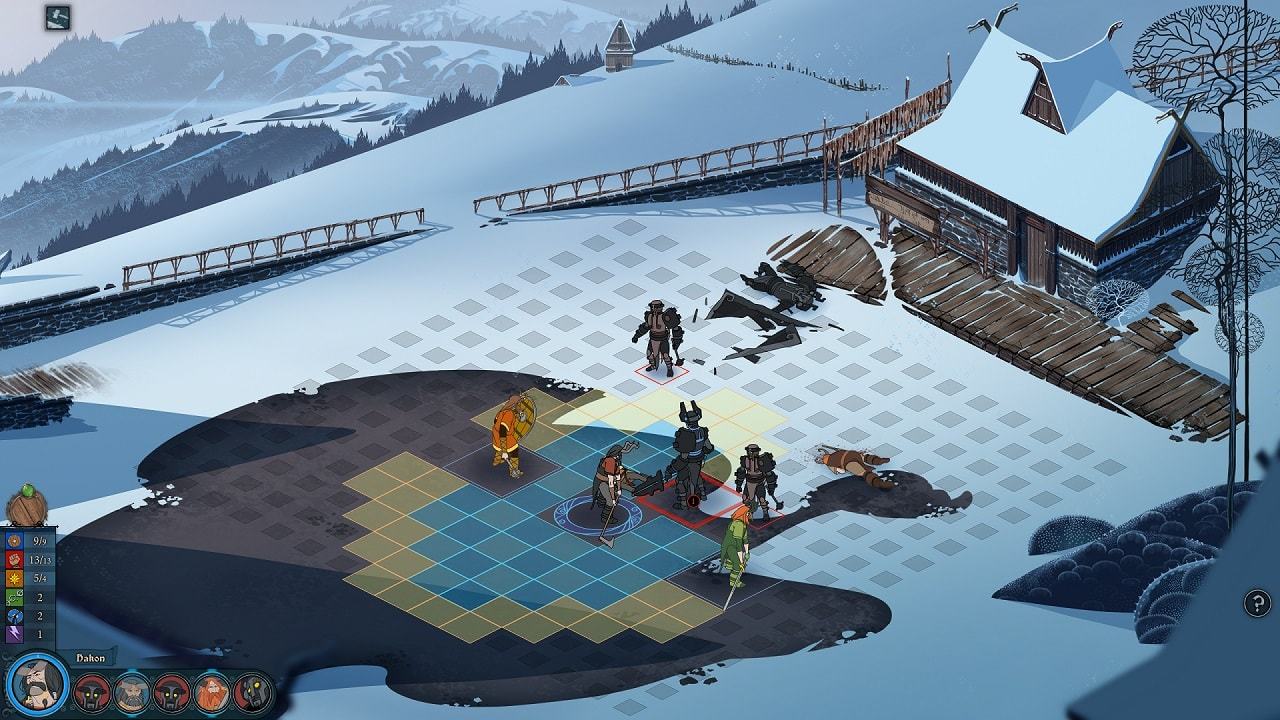 It might not be as deep or as varied as some of the genre’s stalwarts, but the fundamental combat is extremely solid with the game having enough in the way of its own unique ideas to help it stand out from the crowd. Beyond the usual upgrades and character management, a willpower mechanic linked to the morale of your traveling caravan can have an effect on each characters attack power and movement range while damage to a specific character subsequently has a detrimental effect on their offensive ability for the remainder of combat. Yes, the options available to you can’t match the likes of XCOM and Final Fantasy Tactics, but what is here works brilliantly, and as a combination of the two contrasting game styles, The Banner Saga stands as both an artistic and conceptual success.

The Banner Saga isn’t without its faults, and the somewhat limited budget can be seen in the games’ lack of diversity from time to time, but for the most part, Stoic’s story driven tactical RPG is a huge accomplishment. The art design throughout is exemplary, the characters interesting and the world itself, mature and unforgiving. The decisions asked of you are both complex and multifaceted while the combat is never anything less than highly enjoyable. It might lack the polish, budget and variety found in BioWare’s big budget work, but this group of highly motivated ex-BioWare developers have created something special all the same, something built out of passion and a will to do something new.