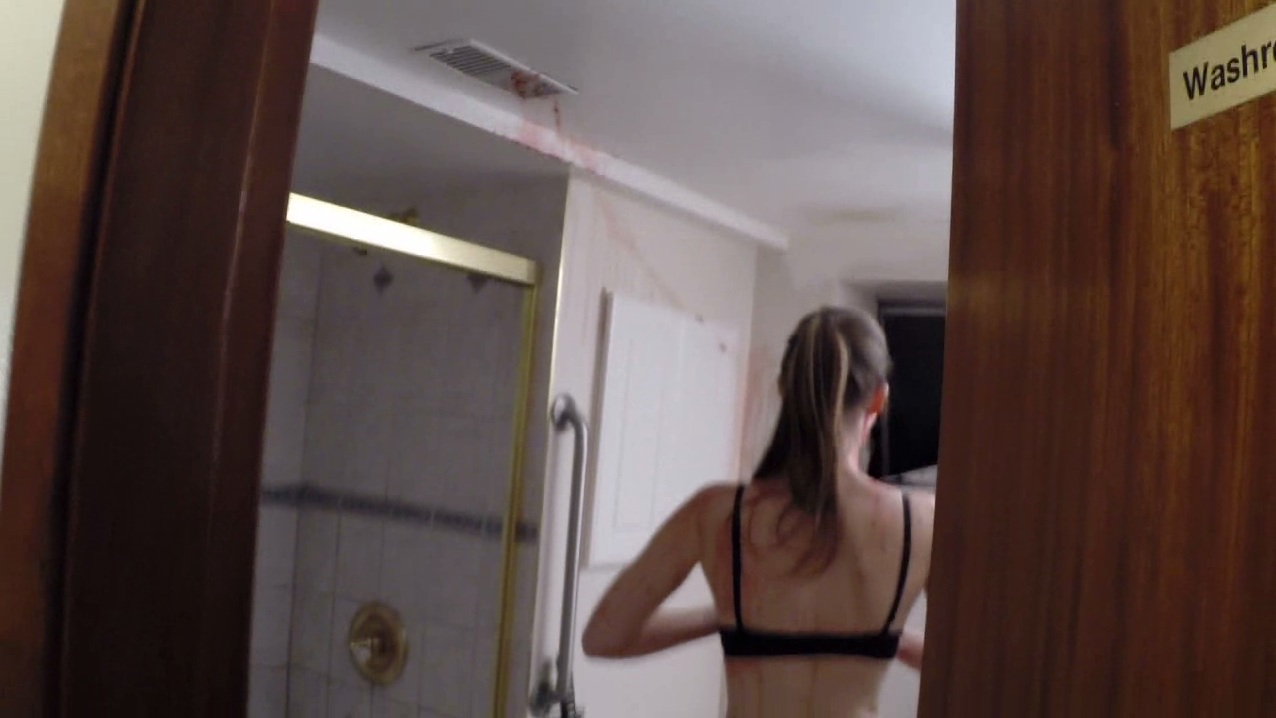 If you were one of the lucky few to pick up the Sega CD some twenty years ago, you might have fond memories of the many games that featured live action sequences. The upgrade in storage from cartridges to CD’s allowed developers to cross boundaries between movies and videogames, and for a lot of people, it was considered to be the next logical step in gaming. As it turned out, the majority of these games sucked, and the few that were remembered, such as the infamous Night Trap enjoy a cult status today.

Snap forward to today and the live action interactive movie genre is… well, not even a genre anymore. Canadian indie developers, All Seeing Eye Games, are here to change that though, with their hilarious, tongue-in-cheek take on the poorly acted B-Movie games of old – Press X to not Die. 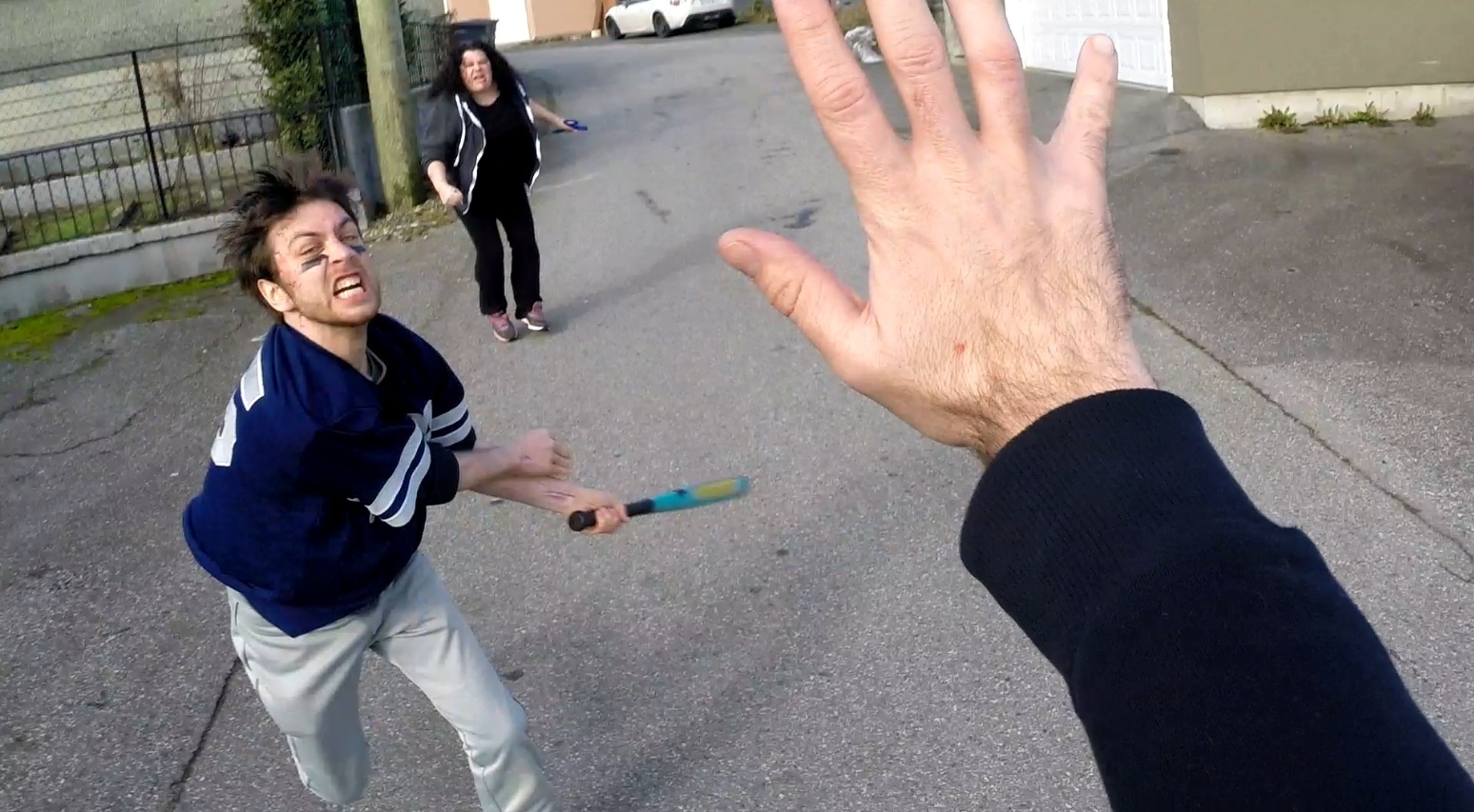 In particular, their aim is to capture the essence of horror B-Movies that, despite their low-budget and terrible acting performances, retain a certain charm through the “so bad it’s good” backdoor. That means we’ve got all the familiar tropes of cheesy horror; zombies, poor acting and plenty of gruesome deaths.

You wake up to the yells of your buddy, Matt, who hurriedly informs you that the neighbourhood has gone insane and everyone is attacking each other. From here, you can choose from a selection of responses when talking to Matt or indeed anyone in the adventure, and the next scene or line of dialogue changes depending on your choice. Action sequences on the other hand, play out like quick-time events with plenty of button mashing and prompts for interacting with items and obstacles. 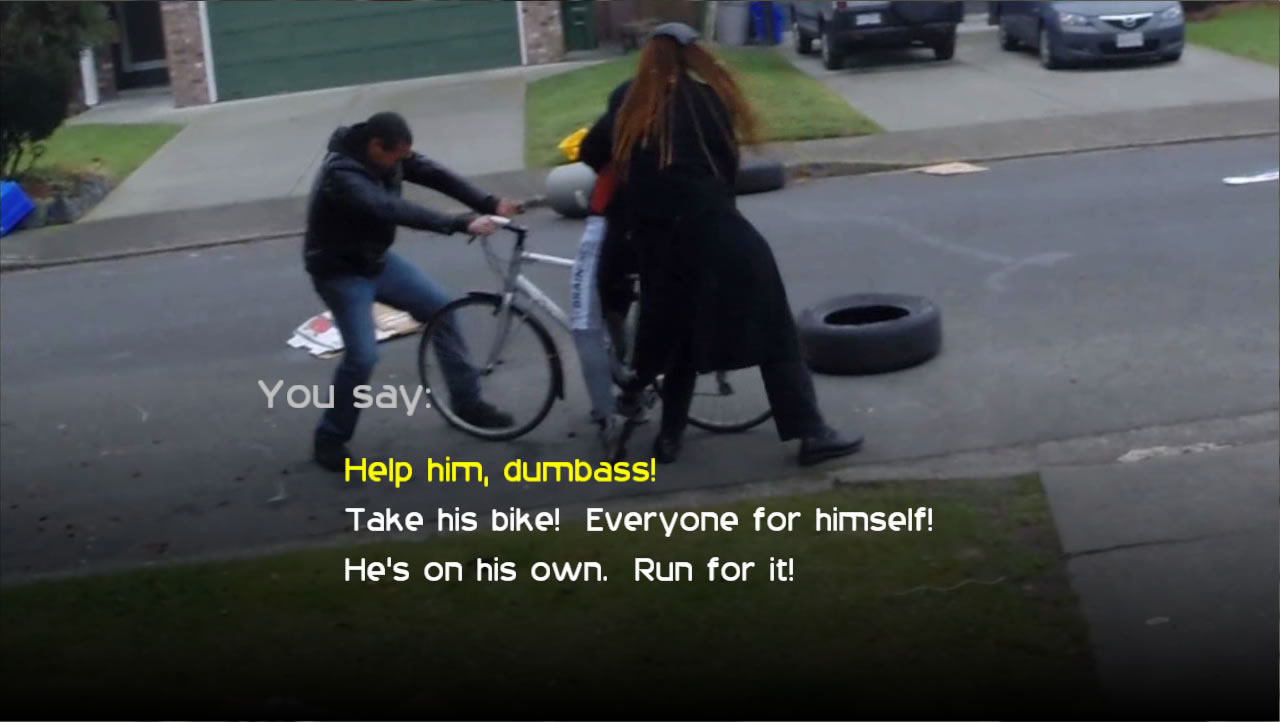 There’s not a lot of game here, so to tell you some of the most hilarious scenes would spoil substantial portions of the game, but to summarise the absurdity of Press X Not to Die, here’s a very brief rundown: you pet a kitty, miss the keyhole when locking your door, punch an old lady in the face, fight a murderous clown with a balloon sword, get staple-gunned in the nads and stabbed in the gut for peeping on your girlfriend.

There’s a lot of footage in the game and you’ll probably only see about half of it in one playthrough, so there’s great incentive to start over again, changing your actions and dialogue to unlock all there is to see. Ultimately, Press X to not Die is incredibly short but surprisingly more fun than it has any right to be. It’s a terrific throwback to interactive movies that captures the comedy for which we loved them for, and multiplies it tenfold. It’s exciting to think where else All Seeing Eye Games could go from here, but I’m hoping they’ll build on their camera work to get transition sequences even more seamless and hopefully just focus on the comedy that they’ve so far just nailed.