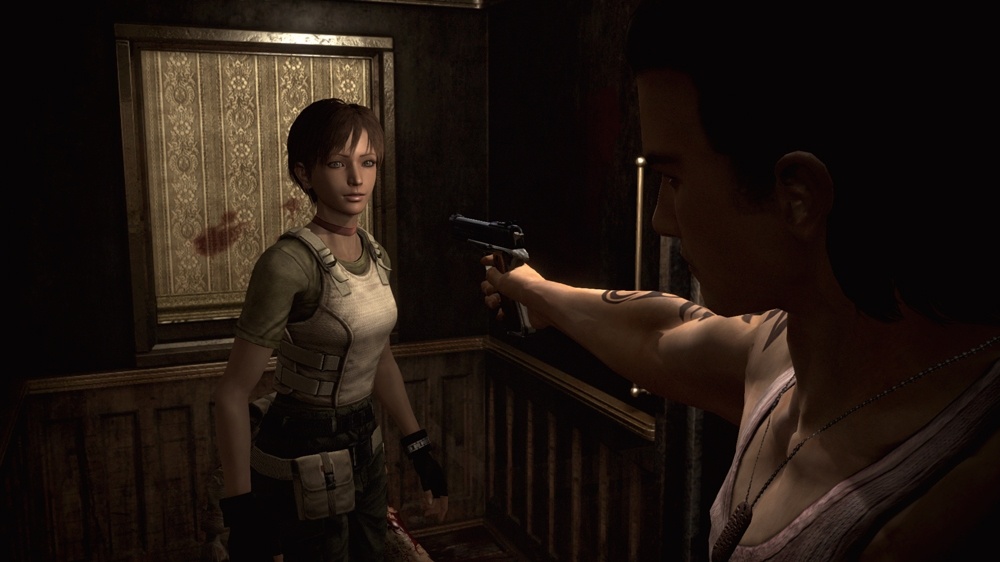 This really is an odd one. As one might expect from a pre Resident Evil 4 release, Resident Evil Zero is full of the idiosyncrasies that older entries in the series are now famous for. Fixed cameras, cumbersome controls, imprecise aiming, outrageously elaborate puzzles; it’s all here, and arguably at its most divisive in this remake of the largely overlooked GameCube original. Thing is, as odd, perplexing and often frustrating as this game might be, it’s also the kind of game that you can quite easily lose four or five hours too, the kind of game that slowly envelopes you as you gradually begin to click with its bizarre logic and decidedly old-fashioned mechanics. You might well curse its design in the early going, but somewhere along the line, it just clicks and you simply forget how ridiculous it all is.

The reason for this, beyond the simple fact that, beneath all of the antiquated design, lies a carefully crafted survival horror experience, is that, for all intents and purposes, Resident Evil Zero is just one big puzzle. Sure, you shoot the occasional zombie and even have to fight your way past the odd giant, ill-tempered crustacean, but honestly, that really is a very minor part of the overall experience.

Perhaps it’s because, despite its trappings, Resident Evil Zero isn’t actually very scary, but this prequel to the original Resident Evil (set the day before the now infamous events at the mansion on the outskirts of Racoon City), is the most puzzle heavy entry into the series. While part of that comes from the generous array of elaborately locked doors and hard to reach key cards, it is the games’ somewhat unique partner mechanic that really turns this into one of the slowest paced and unnecessarily obtuse entries in the series. 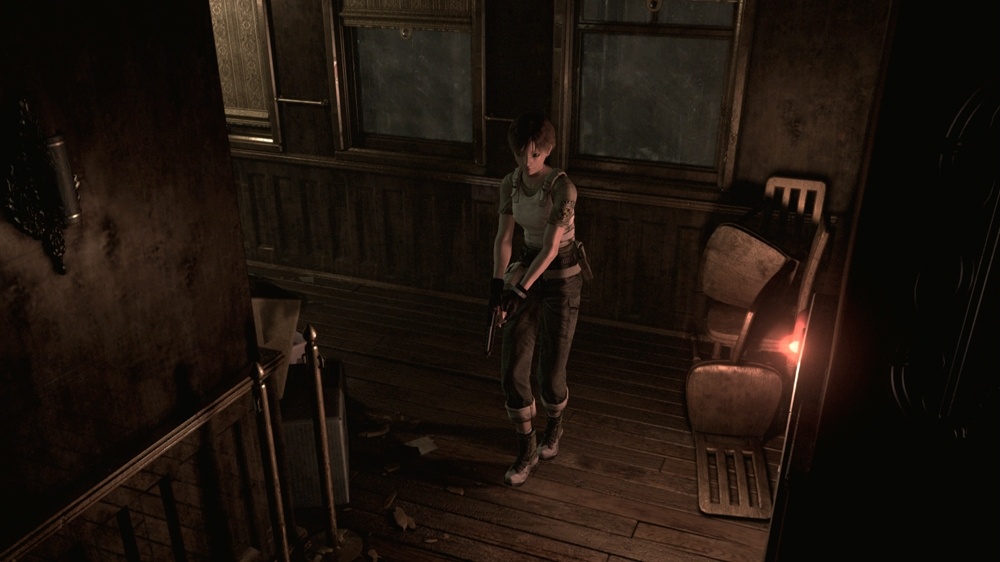 The ability to switch between fresh-faced, S.T.A.R.S. member, Rebecca Chambers and the tattooed and largely misunderstood convict, Billy Coen, does provide a somewhat unique approach to the rather long in the tooth core design while delivering an array of ingeniously designed co-op puzzles, but the subsequent inventory management required to progress invariably slows everything down to a crawl and really highlights many of the problems inherent within the design of the earlier games in the series. Of course, overly complicated inventories remain something of a staple of the Resident Evil series, but here, you spend what can only be described as an inordinate amount of time swapping items between the two characters, backtracking to pick up weapons left behind and awkwardly ducking down to pick up previously dropped herbs that now lay strewn about the floor.

It’s just so, well, pointless. I get that inventory management is part of the fun and, believe it or not, part of the horror, but here it is taken to a rather absurd extreme. Both characters can only carry a measly number of items, and while you can invariably share the load, the swapping mechanic proves both cumbersome and time-consuming. Not only do you have to be right next to each other to swap items, but you can’t simply swap items in when picking up off the floor. If you are already at max capacity, you have to drop your old item and then search around on the floor for the new one. It’s, well, it’s all a bit silly.

Still as poor as this design choice was in 2002 and as horrendous as it is now, like everything else in the game, you just learn to live with it. In reality, most puzzles here are just as absurd as the inventory management and the shooting is nothing more than a matter of vaguely aiming towards the enemy, but you know what, it’s still addictive and, for all its faults, still incredibly enjoyable. It never matches the majesty of the Resident Evil HD Remake (Shinji Mikami had nothing to do with Zero), but it is home to its own unique set of charms, and thanks to the stellar HD upgrade, is arguably the best looking Resident Evil game currently available. 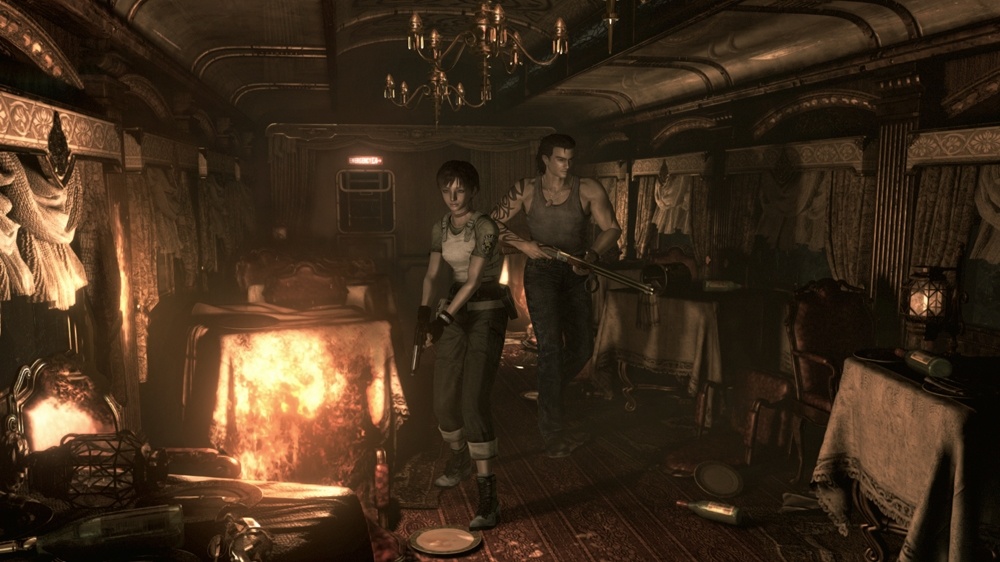 Sure, the pre-rendered backgrounds might seem a tad old-fashioned by today’s standards, but thanks to the improved dynamic lighting and all new widescreen presentation, Resident Evil Zero HD Remaster really does look the part. Never is that more true than in those initial moments aboard the Ecliptic Express and its early 20th century décor. It might be pre-rendered, but it looks amazing and remains a visual high point for the series. Latter stages are far more familiar and increasingly reminiscent of games gone by, but at its best, Resident Evil Zero looks absolutely phenomenal. So good in fact, that the cut scenes (cut scenes that have not been given the same treatment), actually look considerably worse than the actual game itself.

Beyond the improved control scheme and the up-scaled visuals ala Resident Evil HD Remake, this is the exact same game as you would have played back in 2002. You can play as Wesker (complete with his own unique move set) in place of the decidedly less interesting Billy, but to do so, you need to complete the entire game, and honestly, outside of the true hardcore, I can’t imagine many people wanting to play this undoubtedly fun but nonetheless flawed Resident Evil title more than once. Still, the control scheme really does make the game a much smoother experience (‘tank controls’ are an option for those committed to the classic experience) and, despite its array of poor design choices, overcomes them thanks to the intricacy of it design and its cumbersome but still highly enjoyable gameplay.

It’s not quite in the same league as the first two Resident Evil titles and is a far cry from replicating the quality of Resident Evil 4 (what does?), but judged upon its own merits, this is a solid entry into the survival horror genre, albeit, one with better puzzles than scares. The visual upgrade is fantastic and the improved controls are very welcome. Sure, the inventory management is a complete nightmare, but beyond that, the co-op system works incredibly well and successfully provides Resident Evil Zero with that unique mechanic that helps it stand out from other games in the series. Despite the new lick of paint though, this is an undoubtedly old school Resident Evil experience, and while newcomers might find the slower pace and cumbersome controls hard to deal with, those with fond memories of the original will still find much to enjoy in this flawed gem of a release.