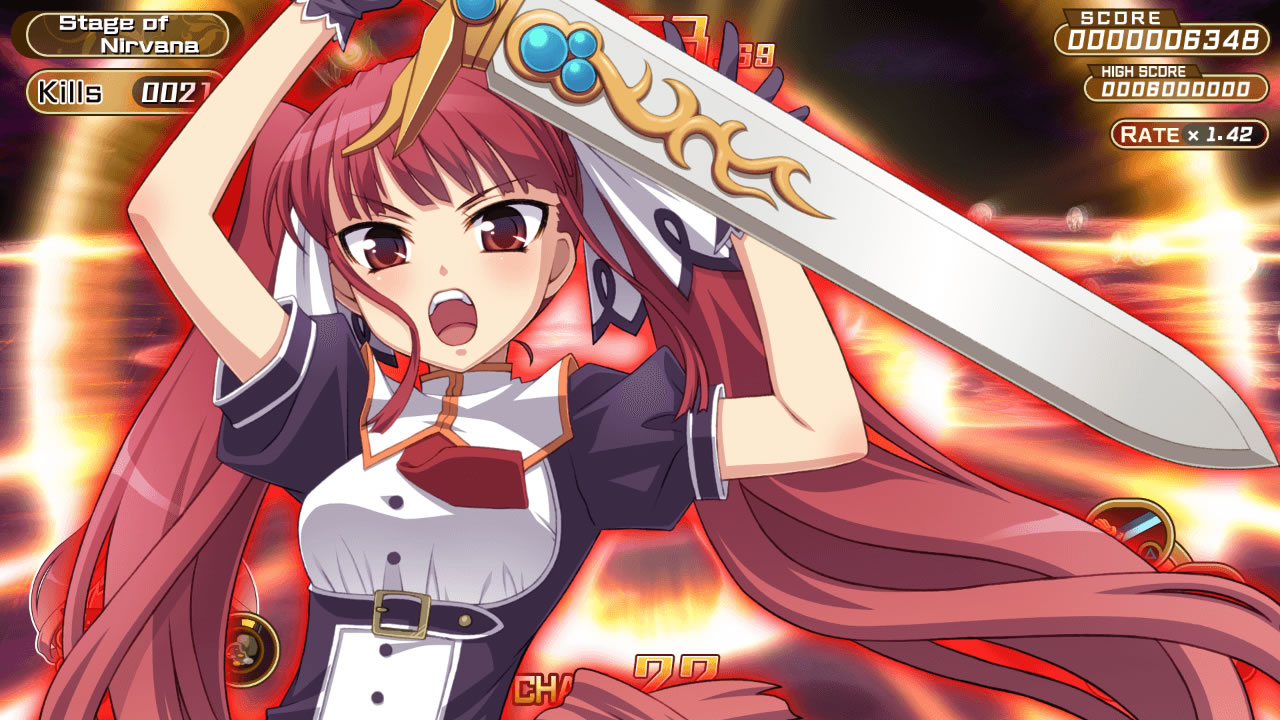 There’s snack food, so why can’t there be snack gaming? It makes sense. Not everyone has the time to put 20+ hours into a video game, so the idea of taking established genres and cutting them down to their essential parts kinda makes sense. Take Bayonetta or Devil May Cry for instance. You might love the slick, action-oriented core gameplay, but those are surprisingly long games with tons of additional content. Croixleur Sigma though, now that has the slick, action packed core gameplay, but by comparison, can be finished in a mere 15 minutes. Of course, there are reasons to return to the game once complete, but if you’re looking for a bite sized alternative to the time-consuming main meal, Souvenir Circ’s indie entrée could be just the ticket.

Ok, so Croixleur Sigma does fall short of reproducing the kind of depth and polish found in the likes of Bayonetta 2, but at its core, this is a solid and carefully crafted brawler that is fun for about as long as the game itself lasts. With the clock constantly ticking, you, as one of two Japanese schoolgirl clichés, are charged with making it to the top of a multi-floored tower by defeating the array of enemies within. It’s a simple premise that, despite providing the vague outline of a completely nonsensical story, basically gets straight down to business with its emphasis aimed clearly towards the slick, effective gameplay. 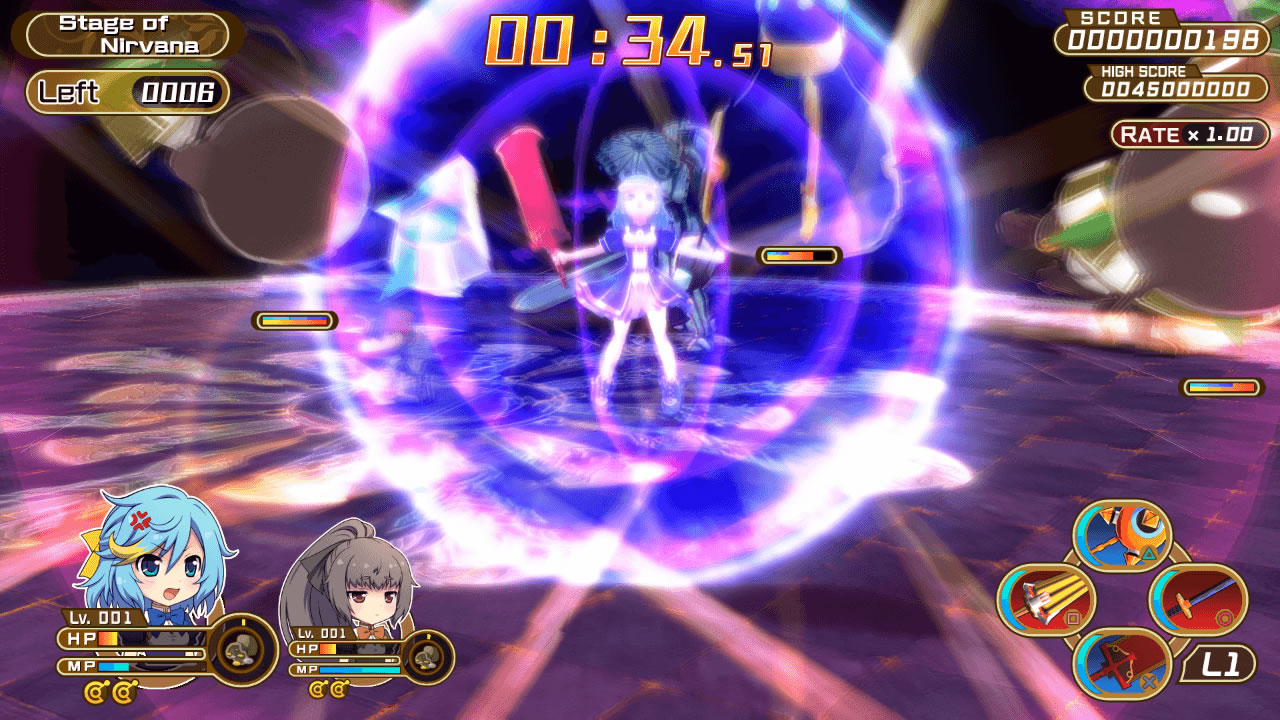 Those expecting the kind of visual flair that the Devil May Cry series is famous for will inevitably be disappointed, but the emphasis on gameplay here does serve the straightforward, challenge-based experience well (even if it is at the cost of any kind of distinguishing artistic flourishes). The character design is fine, if a little by the numbers, and while the enemies are repeated far too often, they are nothing if not inoffensive. The only real issue comes in the form of the stages themselves; the game is set entirely within the confines of the tower with each floor, other than offering a slightly different palette, looking all but identical to the one that came before. I wasn’t expecting anything mind-blowing, but a bit of artistic diversity certainly wouldn’t have gone amiss.

Still, despite the lack of artistic imagination, Croixleur Sigma nonetheless offers fans of the genre a fat-free beat-em-up experience that delivers on the concept of a simplified brawler while still providing the kind of combat mechanics that fans of the genre have come to expect. It doesn’t have the same depth as the big hitters and won’t inspire a million and one YouTube videos, but again, Croixleur Sigma isn’t a game that attempts to encourage that kind of dedication. This is unashamedly throwaway entertainment, and in that regard, it totally works.

With a core move-set consisting of jump, attack, special attack and dodge, picking up the basics is relatively straightforward, but like the best of its kind, Croixleur Sigma does repay those looking to master the abilities available to them. Yeah, you can probably plod your way through the game on the back of a few basic combos and a straightforward playing style, but the leaderboards await for those eager to combo and dash their way to a far more impressive victory. It might not have a ton of moves to master, but the gameplay itself does leave plenty of room for committed players to hone their skills. 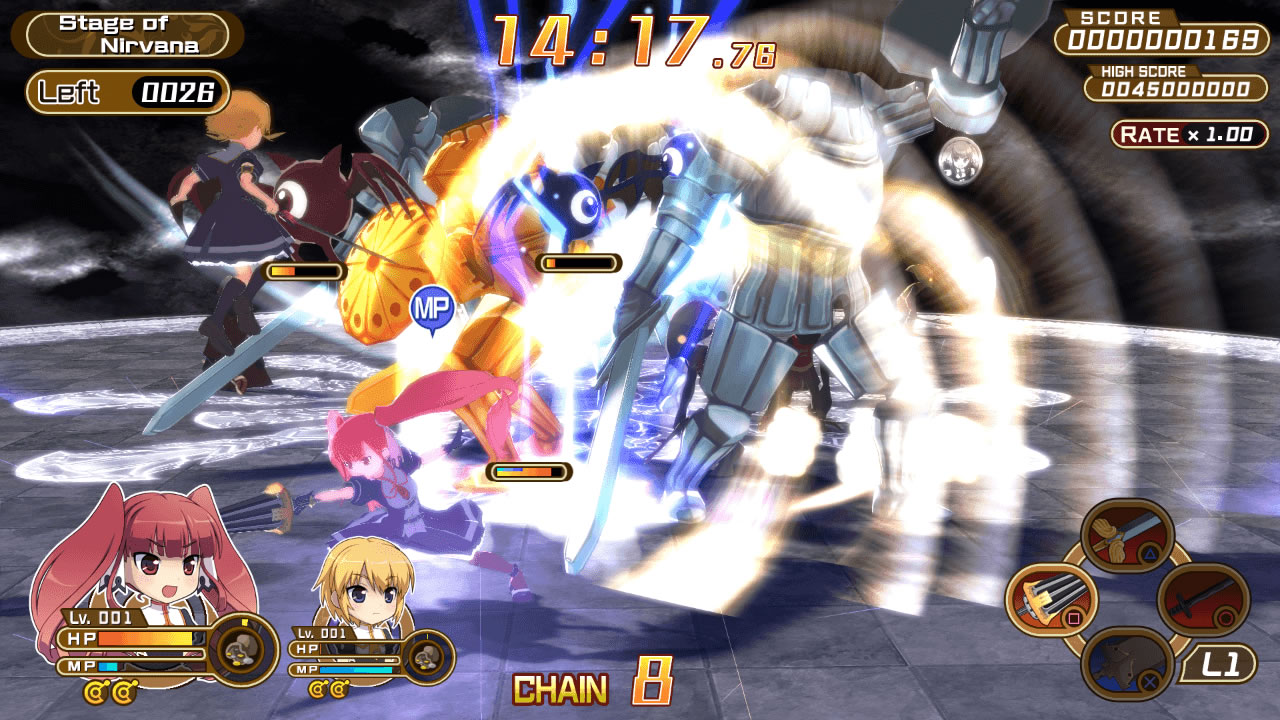 There are a bunch of additional weapons and abilities that are unlocked as you progress through story mode, but honesty, the majority of these are largely ineffective and will have little effect on your ultimate approach to battle. Some of the new techniques might make a bit of difference, but for the most part, you’ll be more interested in the timing of your dashes and combo juggles. Many of the new weapons certainly look the part, but other than providing a slight aesthetic change to your fighter, don’t add a great deal to the overall experience.

Despite the 15 minute time limit, Croixleur Sigma is the kind of game I am likely to come back to time and again. It might not have the depth of its genre stablemates, but then, that’s the point isn’t it. I can walk away from this game and then get straight back into it weeks or even months later without having to re-learn complex combos and move-sets. It might be severely lacking in artistic imagination, but it runs at a silky smooth 60 fps and delivers effortlessly on its promise of quick fire, carefully crafted fun. Score Attack, Survival, Challenge and a local two player co-op mode do add a bit of longevity, but these are very slight twists on that strong core gameplay and offer little more than a brief distraction from the short-lived but surprisingly addictive story mode. It’ll never replace the likes of DmC, but then, it’s not trying to. Croixleur Sigma can happily live side-by-side with its more illustrious brethren, always ready for when you want sandwich rather than a steak.