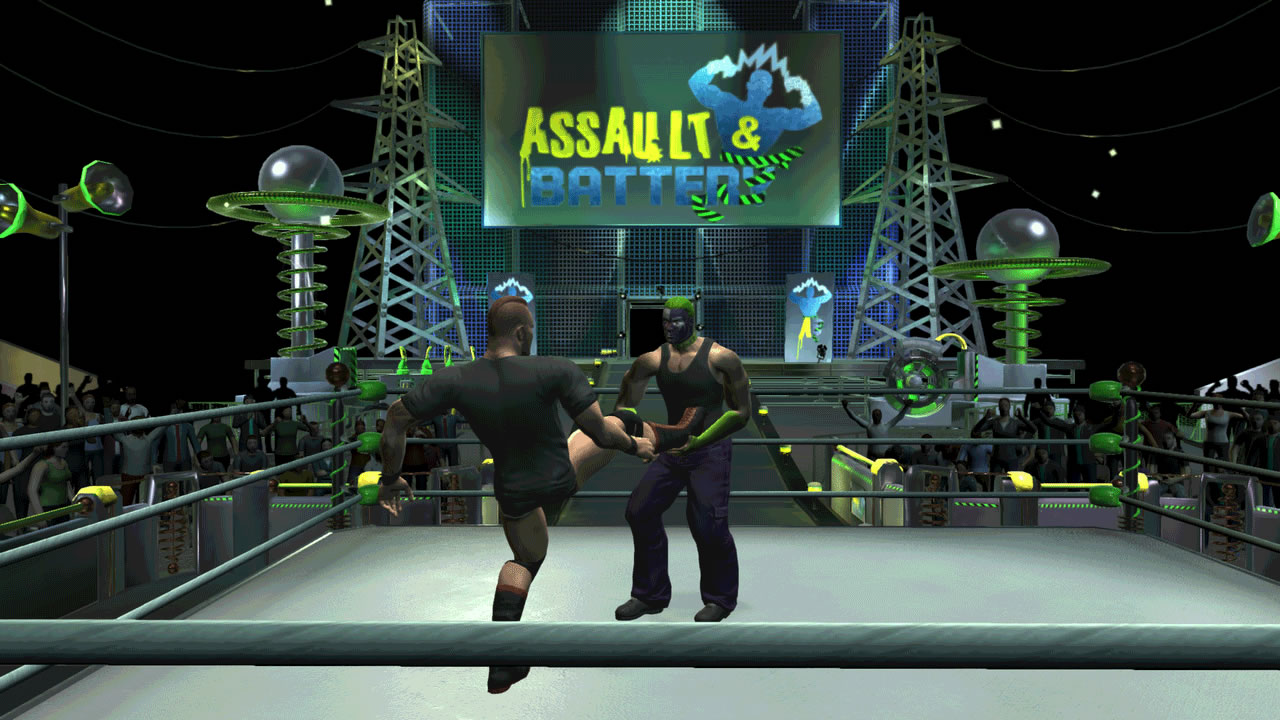 I reviewed, Serious Parody’s, 5 Star Wrestling on PS3 less than a year ago. It was an incredibly flawed but fundamentally sound indie wrestler, one that arguably did pure wrestling gameplay better than any game since WCW nWo Revenge back on the N64, but was ultimately let down by its array of technical deficiencies, lack of artistic imagination and miniscule number of game modes. Now on PS4, 5 Star Wrestling: ReGenesis, while delivering an improved experience over the PS3 original, still suffers from many of the same problems.

It’s a shame that Serious Parody weren’t able to smooth out more of the rough edges and add a more sizeable selection of game modes and wrestlers, but the fact remains; if you’re something of a wrestling purist, an argument could be made for 5 Star Wrestling: ReGenesis being the most realistic interpretation of the sport in over a decade. Yes, the visuals certainly can’t compete with the ultra-slick WWE 2K series, and in terms of game modes and rosters it, well, remains something of an embarrassment by comparison, but in the ring, where it really counts, Serious Parody’s little wrestler that could arguably has the beating of its more illustrious, high profile opponent. 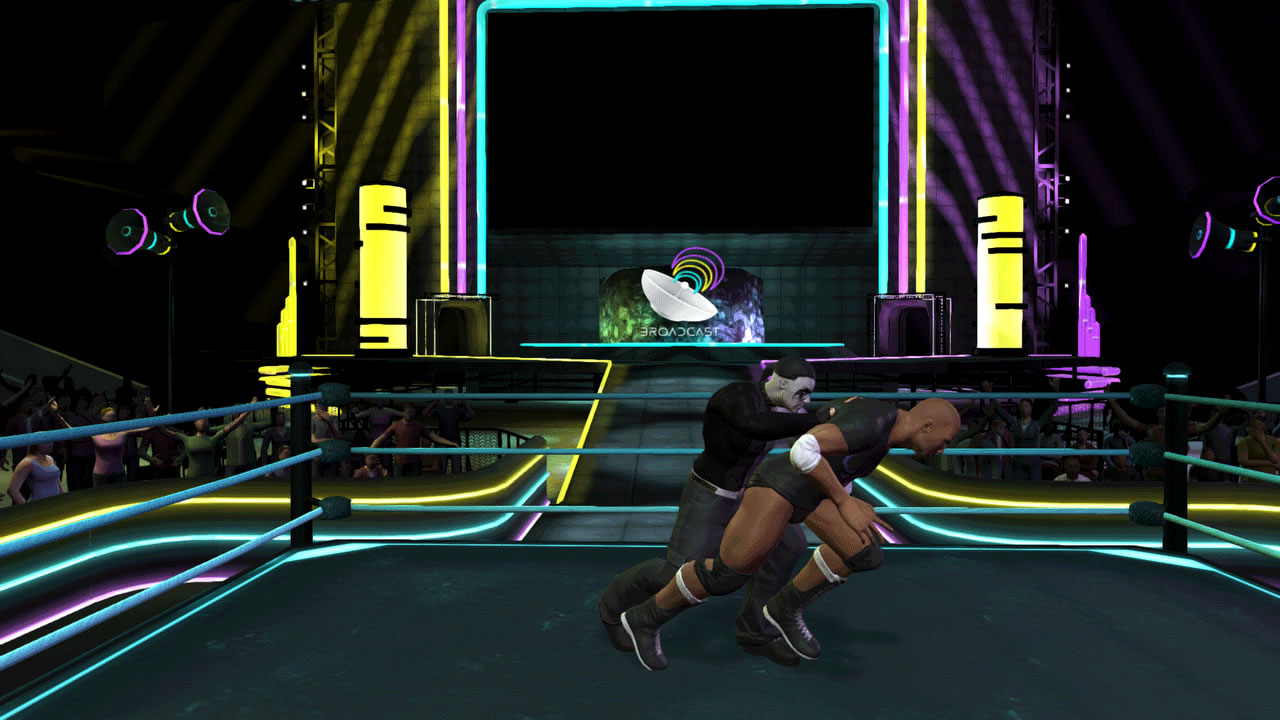 Despite the rather janky visuals and dodgy hit detection, 5 Star Wrestling: ReGenesis remains a somewhat cultured interpretation of the sport, one that doubles down on the more tactical side of game by forgoing flashiness in favour of depth and tactical nous. That choice was arguably forced upon them given the limited budget, but still, Serious Parody have done an undoubtedly impressive job of delivering what is a very real alternative to the glamour of the WWE. From the array of finishers available to each wrestler and the consistently impressive AI to the fantastic counter system (including the ability to counter specials into specials), the inspired star system and the fantastic effects of individual limb damage, 5 Star Wrestling: ReGenesis remains a game geared very clearly towards the hardcore.

The limb damage in particular adds a whole new array of tactical options while successfully diversifying the admittedly limited roster of parodied wrestlers. Rather than simply going for full on attack, a concerted effort to go for the back of the bigger guys can lead to them unable to pull of their signature power moves while continual damage to the lower half of the high flyers will see them unable to reach the top ropes. More than any other wrestling game out there, 5 Star Wrestling is about simultaneously playing to your wrestlers strengths while attacking the specific weaknesses of your opponent. That ability combined with a solid set of core mechanics and a star system that encourages showmanship and ring awareness combine to create a fantastic experience for those able to find like-minded local competition. 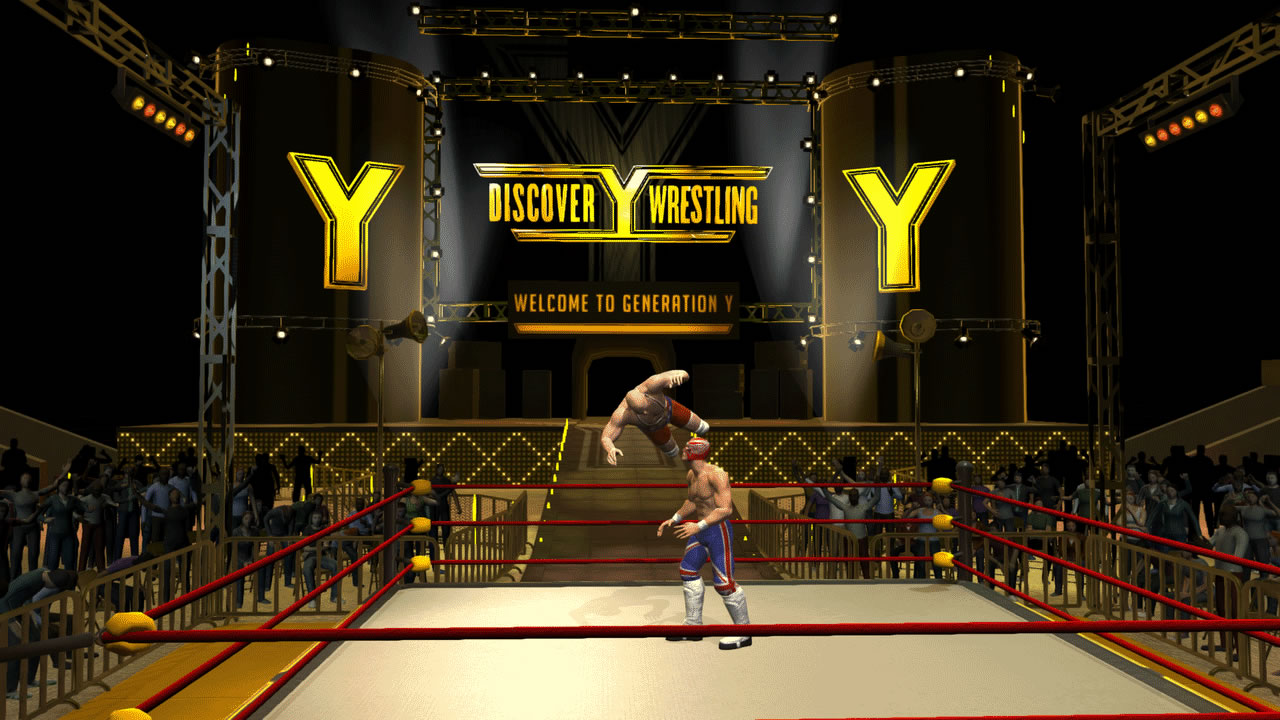 In fairness, the AI is actually rather impressive, but sadly, despite improvements to the visuals and engine, there simply hasn’t been enough added to the game modes available to make ReGenesis a genuine option for those looking to go the single player route. The individual challenges are fun enough and trying out each of the unique wrestlers sill certainly keep you entertained for a while, but sadly, like its predecessor, this is a scarcely populated video game that remains in dire need of more content to support its rock solid fundamental gameplay. The same is true of the roster. While the likes of likes of Kurt Angle, Jeff Hardy, Rob Van Dam and Goldberg have been very loosely parodied here (the parody not going especially far beyond the fact that their names are slightly different), there still aren’t enough of them to make this a long-term prospect. The promise of planned DLC does ease the blow somewhat, but the fact remains that 5 Star Wrestling: ReGenesis is in dire need of a larger roster, something that would make a huge difference to the games’ longevity given how unique each individual wrestler actually feels.

Despite some obvious visual improvements and an ironing out of many of its forbear’s more prominent bugs, 5 Star Wrestling: ReGenesis remains an inherently ugly video game. The locales have very little atmosphere while the animations are still awkward and stilted by today’s standards. Despite these issues and the aforementioned lack of content however, 5 Star Wrestling remains very difficult to dislike. Hardcore wrestling fans will obviously get the most from its deep and tactically nuanced gameplay, but for those perhaps a little jaded by the long running WWE 2K series, 5 Star Wrestling: ReGenesis delivers a very real and very enjoyable alternative. It still needs work and it most certainly needs a lot more content, but the framework is undoubtedly here for the 5 Star Wrestling series to become a very real contender down the line.