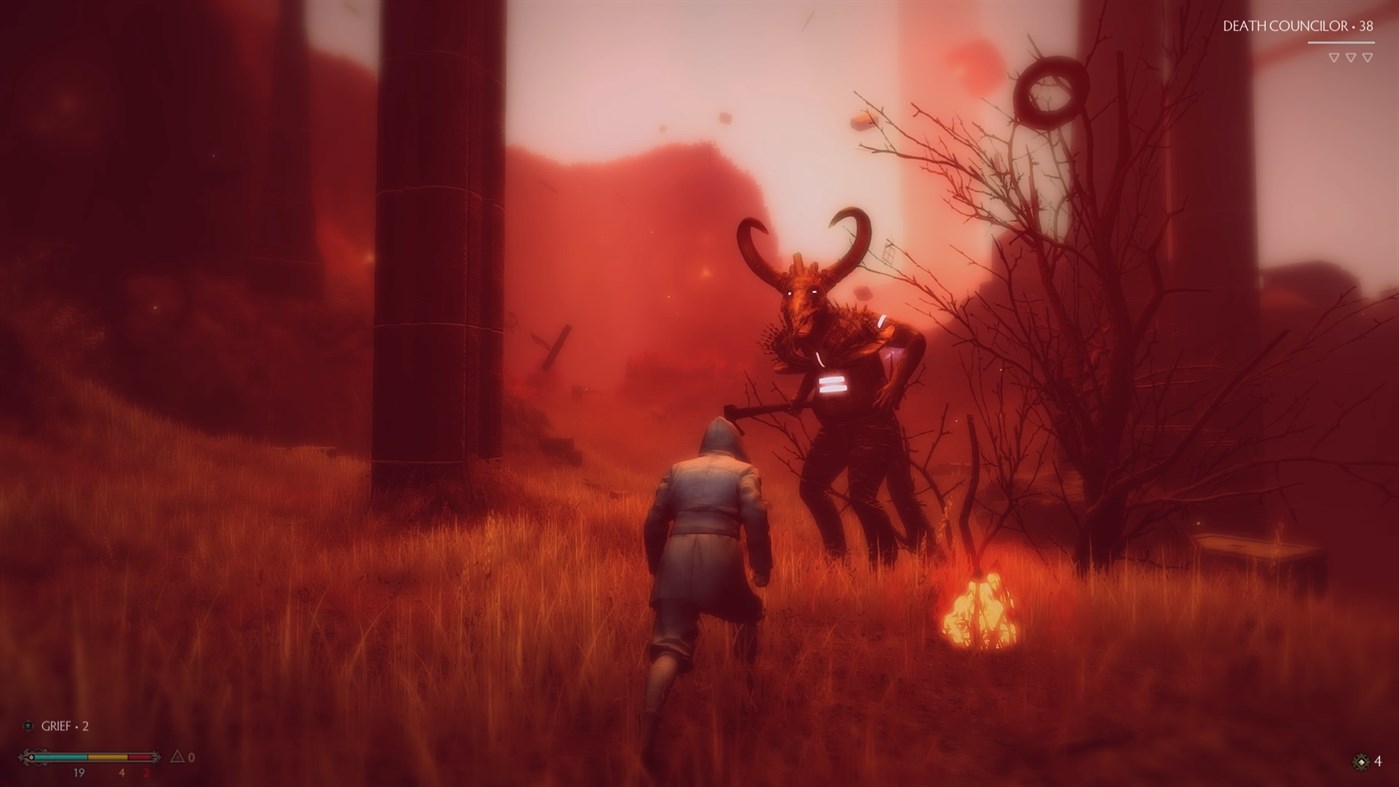 I have fallen in love with how more games are being created with the aim of reaching the player on a more real and emotional level. Meditative games have now become one of my favourite genres, which is why Waking caught my interest from the word go.

Created by video game developer, Jason Oda and a team of freelance artists and musicians over a period of five years, Waking is a brave attempt at merging action and guided meditation along with some RPG elements thrown in. Waking, as a sheer concept is a feat on its own, which is what makes this review a rather complicated one. Quite simply put, I loved Waking, and I also did not. I will explain as we go along.

The premise to Waking is that you are playing as yourself who happens to be in a coma. Your journey will be one played out through your subconscious in varying dreamlike worlds. Fighting your way through monsters living in your head, facing your nightmares as well harnessing the power of memories and loved ones, your journey in Waking will be yours to walk alone. In Waking, you will be answering deep and thought-provoking questions that you are meant to respond to as honestly as you can. Do you fight to live or accept what lies on the other side? 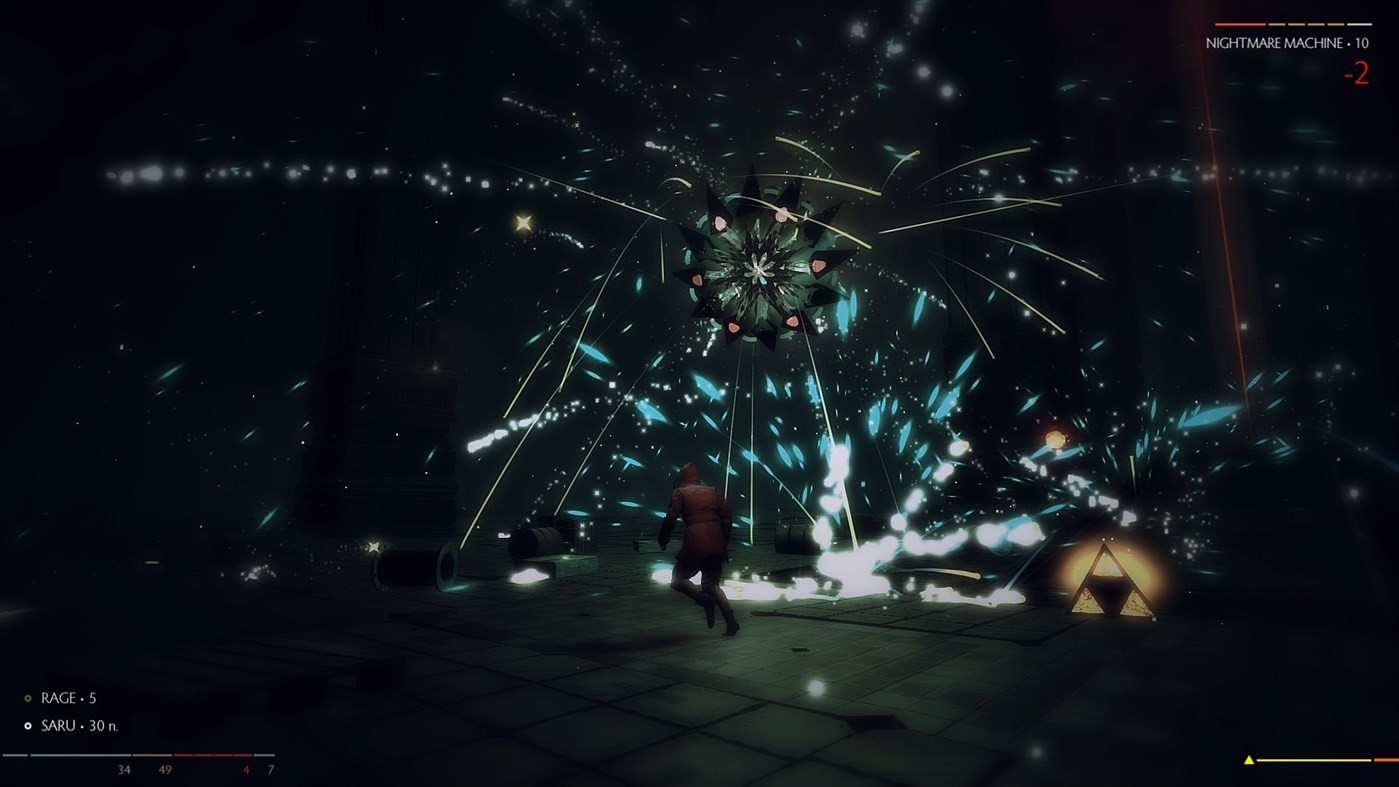 Now it is important that I note that Waking does come with a disclaimer – those who are prone to depressive episodes, suicidal thoughts and self-harm are advised against playing this game. I appreciated this disclaimer as mental health issues are not to be taken lightly in any regard. Waking deals with issues surrounding life, love, fear, loss and death – so decide for yourself if it’s something you would be able to playthrough.

Now onto the gameplay. Waking is played across three chapters: Origins, Loved Ones and Identity. Each chapter will see you answer some seemingly personal questions that are presented to you through means of an oracle. Your responses in Waking can be selected from a range of given options which then translate into skills or abilities that you gain. This is where the slight RPG element comes in; as you gain these skills, they in a way level you up which aid in combat attacks. The emotions that drive you in your responses (and perhaps in real life) will have its own varying abilities, skill sets, perks and even how the worlds unfold before you. Everything from rage, grief, fear and hope – what makes you, you, all matters. This will give combat with your personal demons a little more depth in Waking.

Speaking of combat, this is where I felt my biggest frustration with Waking. Combat in Waking is not a hack and slasher combat game, instead, you have telekinetic abilities which allow you to throw objects at your enemies. To make your attacking objects stronger, you can charge them – but be careful as overcharging seems to make them drop and you’ll have to retrieve it once more or obtain another. With offence there is a defence. Your defences in Waking are shields and evasion. The shields will come from the journey (your question responses and important themes in the chapters). Evasion is what you will be doing a lot of in Waking simply because there are some technical problems with the telekinetic ability and combat in general.

There are collectible items called Neurons scattered throughout the worlds. You need these to progress well and engage in decent combat. The necessity for these Neurons in Waking can become quickly tiresome and annoying at times, especially when you just want to see yourself move forward in the game. You will feel the pain of not having enough Neurons when faced with an enemy that requires power attacks to be defeated when you have run out of the number you are allowed. So now you find yourself unable to defeat an enemy, but also unable to escape. Death in this regard becomes a friend.

On the subject of death, you are constantly dying in Waking. With each death, you will see your health get affected. And with each death, brings a randomly generated level too. Should your level of difficulty prove too much for you, you can change this at any given time during gameplay. 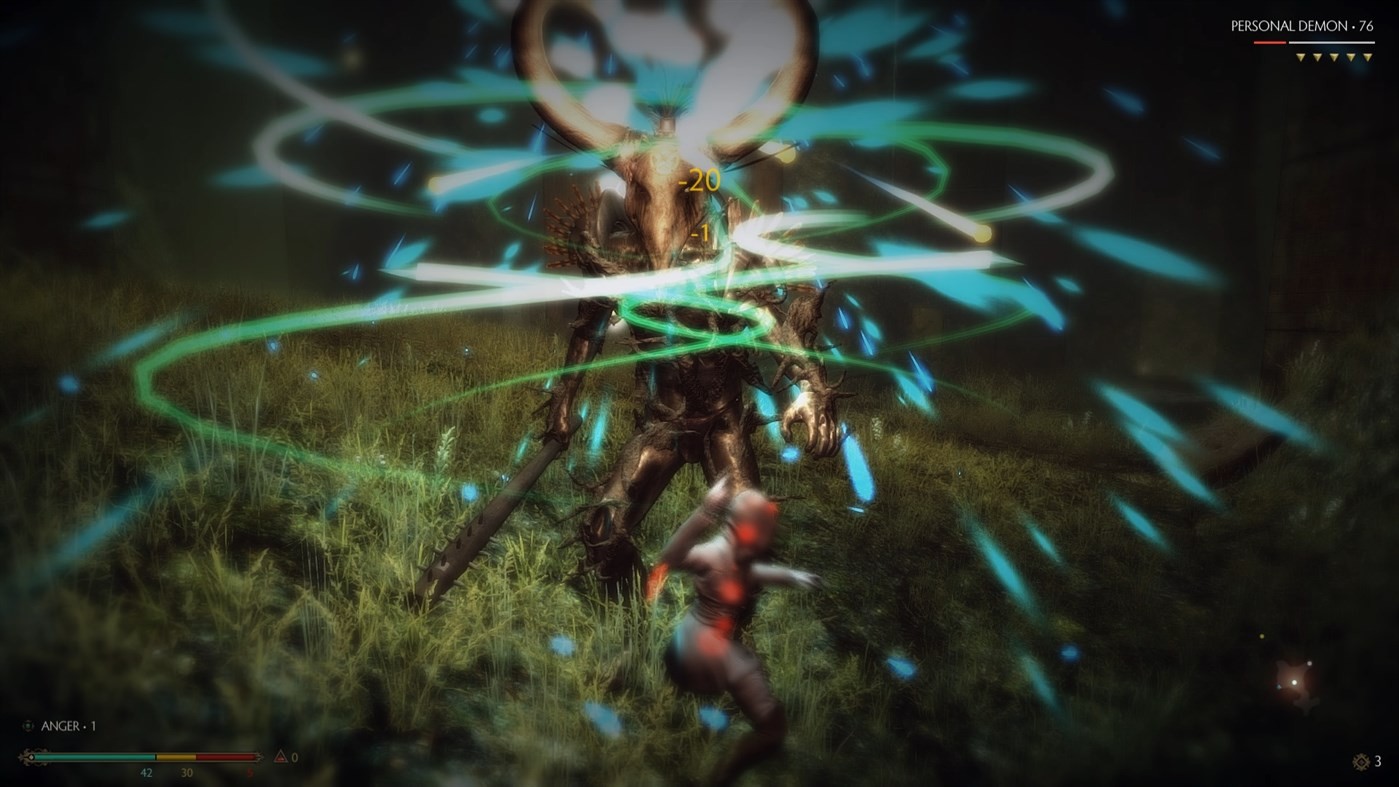 Your enemies are the underlings and minions of Somnus – a chief agent of the dark side who tries to convince you that letting go and accepting death is the best thing to do, rather than to endure all this suffering. Theses enemies in Waking can range from geometric mechanical contraptions called Sleep Machines which hurl damage your way, to straight up occult-looking beings that will require more timed and calculated melee attacks. But you will get to understand these enemies as you proceed.

The visuals of Waking are nothing short of beautiful. It is the game’s ability to keep your interest through the different worlds that is something to be admired. I really loved how the game looks overall in combination with the music. During the atmospheric sequences of guided meditations in Waking, you will be asked to close your eyes and visualize your journey at that point, and at times, your past memories. This may be awkward for some in the beginning, however, at the end of the day, each to his own.  My favourite part of Waking definitely has to be the introspective questions. I found them to be quite powerful and insightful with just the right amount of guidance – not forcing you into one specific path, but rather offering broad options that as you go on, can interpret on a deeper level for yourself.

So, here is my final verdict: as I mentioned, I loved Waking and also did not. I do strongly believe that this was nicely done attempt and I see immense potential in what this game can be. Whether it comes in the form of a sequel or a redo, I know one thing, Waking has the makings of being a powerful piece of playable art.

Waking is definitely one of the most personal games I’ve ever played – and I love that. Even if you don’t enjoy the combat, Waking will definitely leave a good lasting impression if you let it.