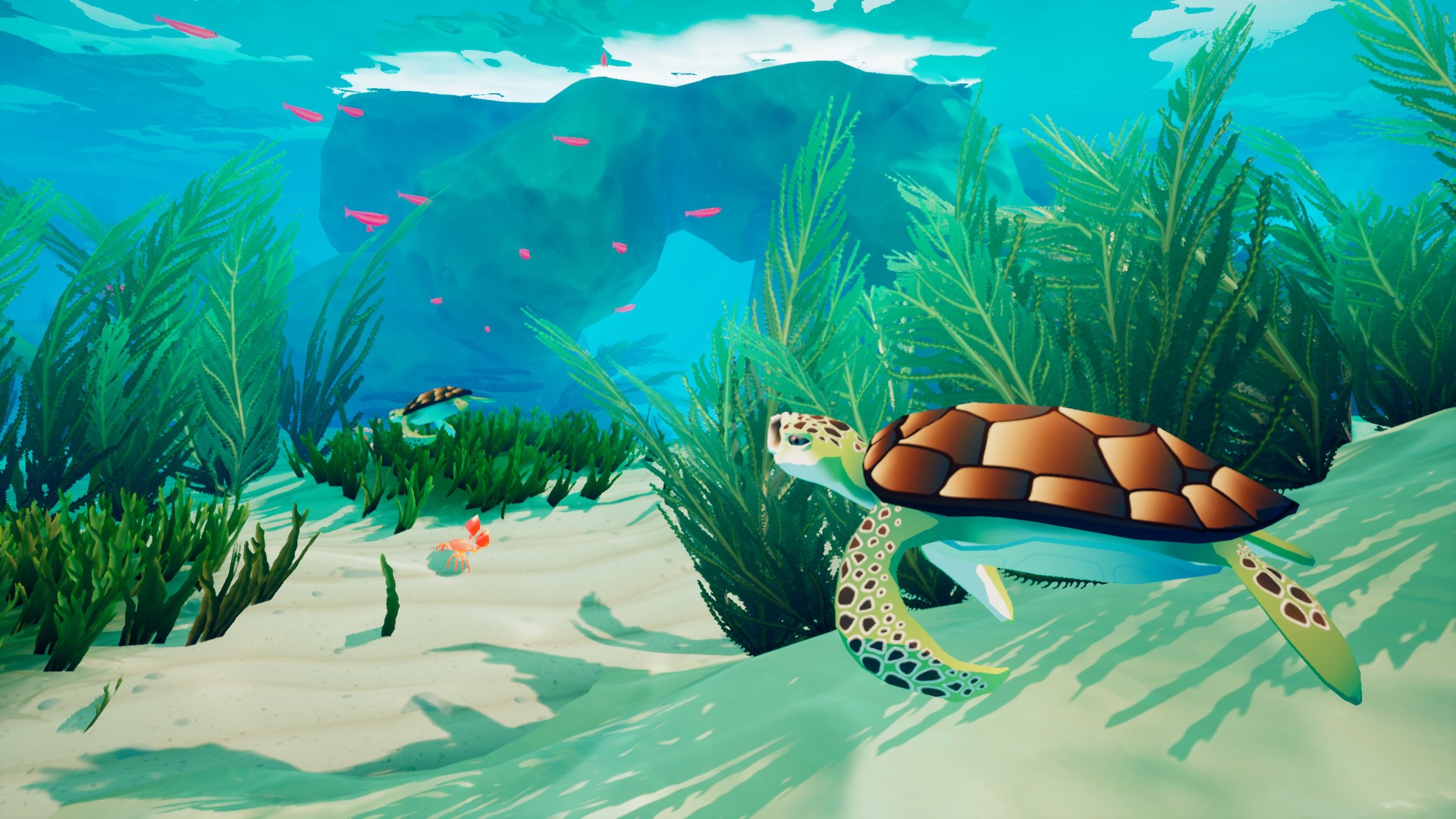 The concept of the cycles of destruction and rebirth can be found in many cultures and religions across the planet, and remains a topic of exploration for many thinkers and writers even today. Mythic Ocean, developed by Paralune LLC, is one such game, and gives the topic a surprising amount of depth.

Mythic Ocean takes place during an in-between phase of the cycle: the old world has died, and the god who will create the rebirth of the new world needs to be decided. You awake in an underwater cave, with no memories of who you are or your past. An eel named Elil joins you, and assures you that everything is fine, and that your amnesia is perfectly normal. He explains that it’s your job to speak to the gods and help them develop as people, so that the Creator of the new world can be chosen. How exactly this happens is hand-waved, but basically you have a great deal of influence over who the winning god would be.

There’s one more caveat: the gods don’t know they’re gods, and they don’t know their ocean home is just a temporary world inbetween others. 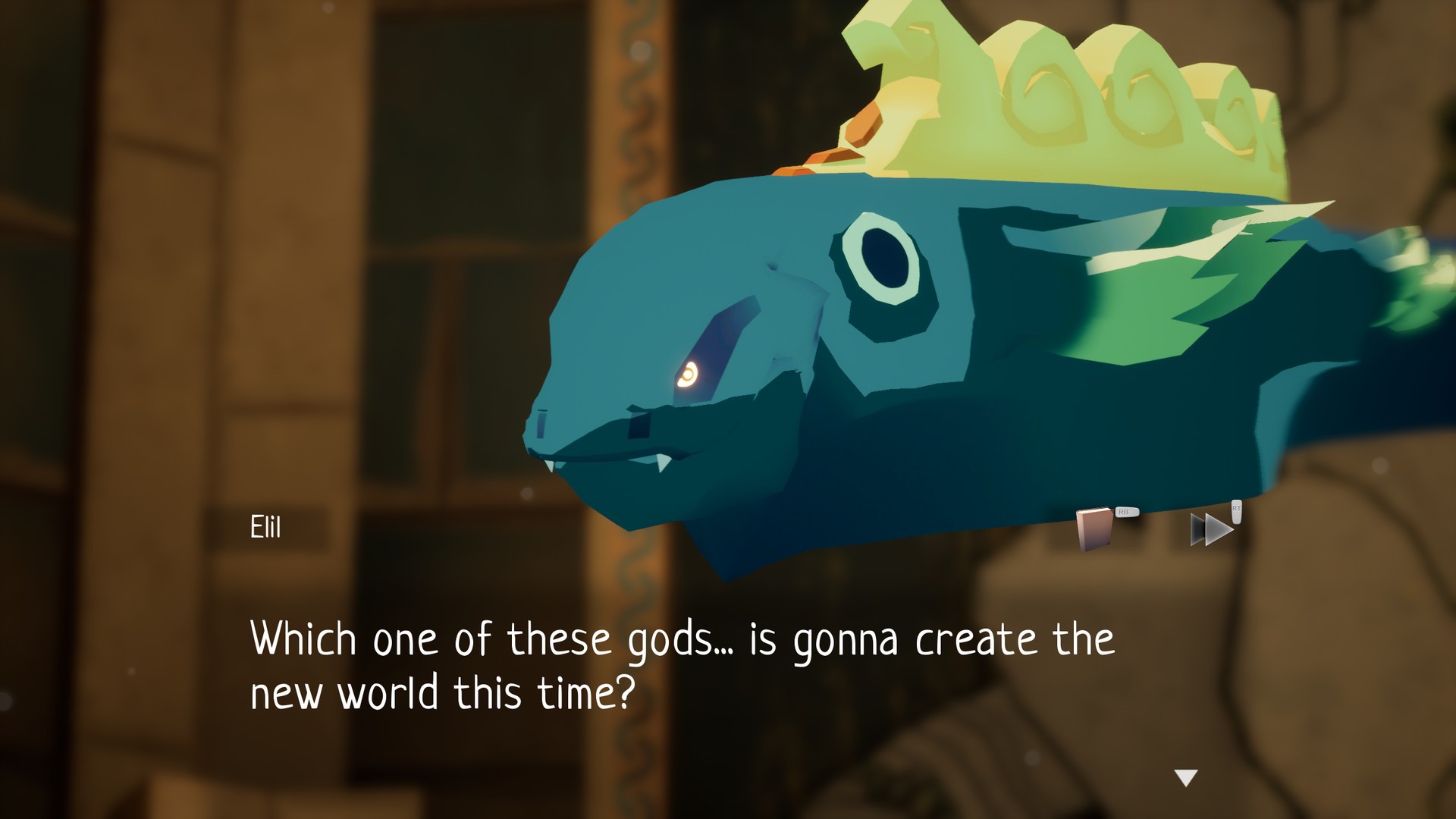 This creates an interesting dynamic with the gods as you get to know them. They form a colourful cast of characters, with unique designs and personalities. There’s a playful otter creature called Amar, twins Ketri and Esti who long for home and who struggle with their unique powers. Lutra is a bug with a BIG appetite, while Alethea is a scientist who’s determined to solve all the mysteries of the ocean. Finally, there’s Gnosis, a Cthulu-esque creature who has memories of the past and offers you a tempting deal.

Amongst it all, there’s you. Elil, your guide, refuses to reveal anything about you or your past, and uncovering who you are also forms one of the more interesting parts of the game. It’s clear you’re important, and have been present through the cycles of rebirth in the past.

The game setting is separated into parts of the ocean where the various gods reside. You travel back and forth between these areas, all of which are stunning depictions of different biomes of the ocean and filled with fish, vegetation and colour. To facilitate all of this travelling, you’re given a handy teleporter, which is a godsend as it takes you exactly where you need to go and stops the game from becoming overly repetitive.

You talk to the characters via text; all interactions and action are text based, and there’s no voice acting. Giving the player the ability to freely move in the world opens the storytelling, and makes the experience all the richer.

Moving through the ocean is simple and the controls are incredibly basic; this is not a difficult game to master. However, sometimes you have to be right in front of an object to select it, which requires a bit of manoeuvring, and could be refined. 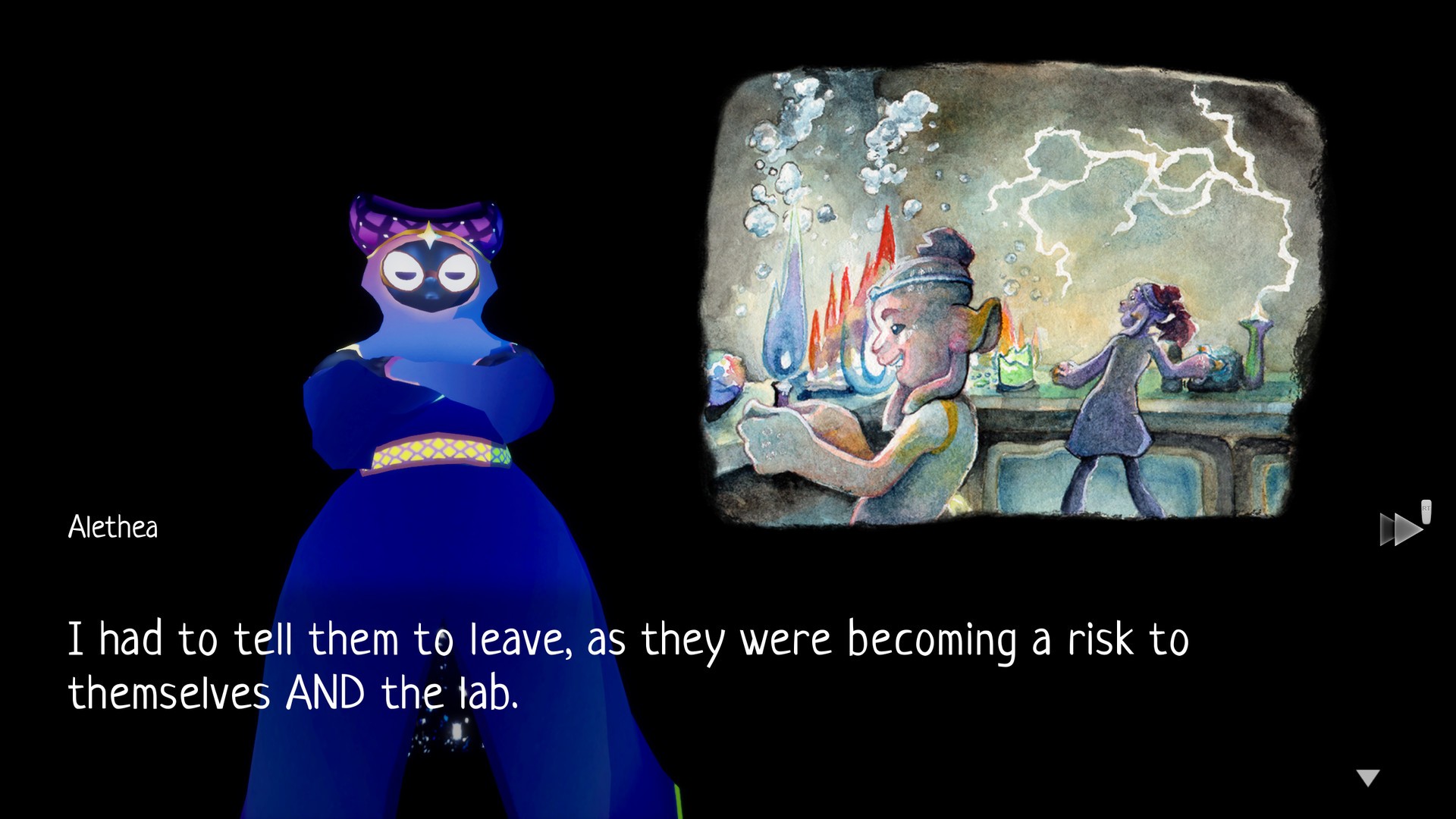 Beyond the main story, a side quest of sorts is collecting pages from a library, which opens to you in the form of portals found around the ocean. These pages chronicle past worlds and cycles, and it’s fascinating to see how they paint a picture of the various gods and how their philosophies translate into actually creating a world. It’s a part of the game that gives it rich lore, and I wish there had been more of it. The pages contain power of their own, and you can use them in one of two ways. Again, I wish there had been more options in regards to this, as it was one of the most interesting parts of the story for me.

The ending of Mythic Ocean is heavily determined by your actions and choices in the game, and they’re rewarding enough to justify replaying the game a few times to see exactly how your decisions affect the new world. My endings and decisions had a few unintended consequences, and it was rewarding seeing how even the small decisions carried weight in the end.

Mythic Ocean is definitely a game which gives you more than you expect going in, especially in regards to character, story and art. The music is beautiful in sections, and the characters are memorable. The concept of the game is especially interesting, and the amount of depth it gives to this line of thought of rebirth, change and consequences is incredibly refreshing. Alongside the beautiful visuals and charming characters, this is definitely a game worth experiencing.

Determining the destiny of a new world isn’t easy. Meet the gods and potential creators of the new world in Mythic Ocean, a beautiful game with charm.