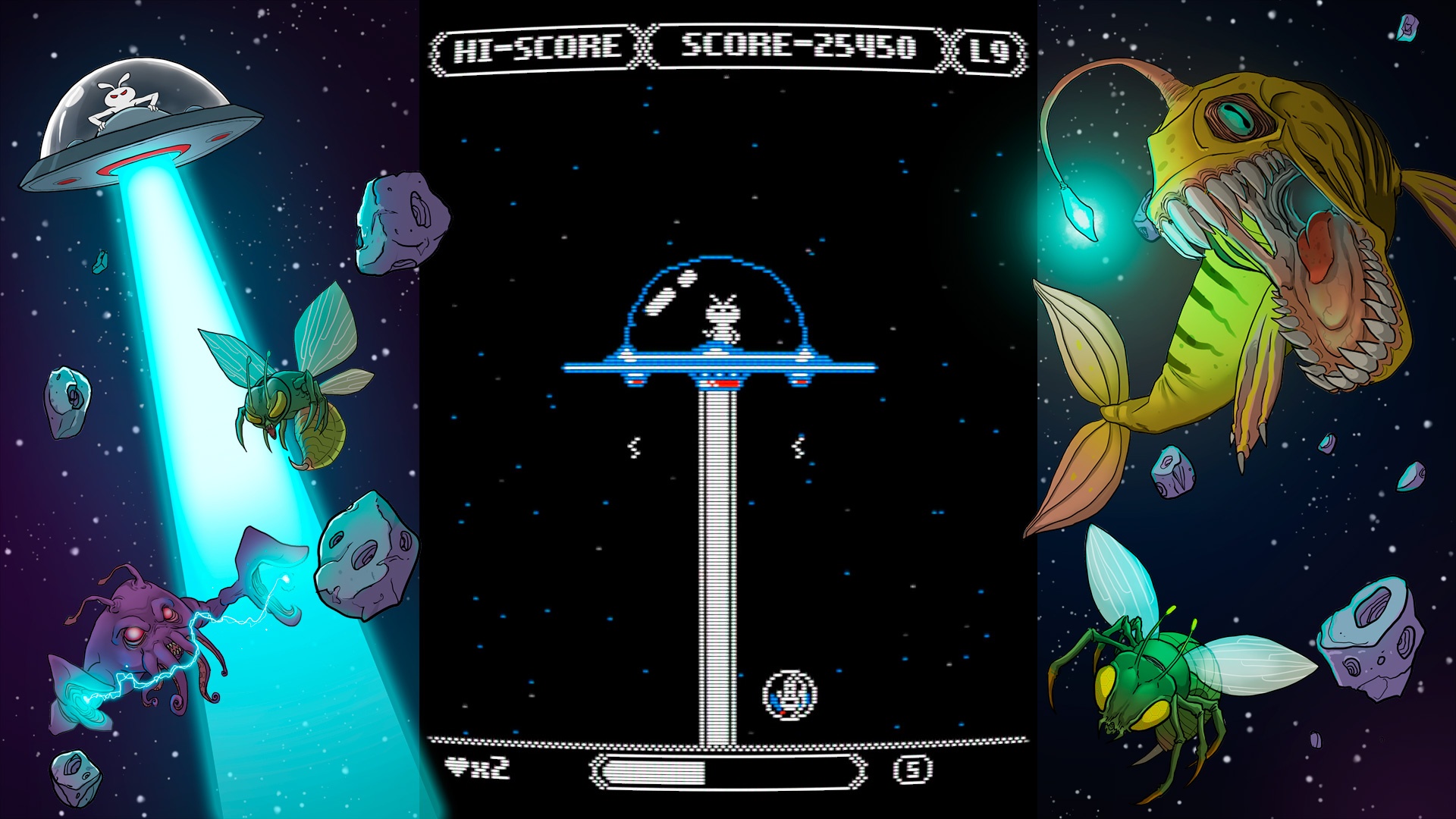 Ratalaika Games  returns with retro arcade inspired Zeroptian Invasion. For the platinum hunters out there you’ll be pleased to know it’s another easy list of trophies to gain and add to your collection. There appears to be a concentrated effort on getting these old school titles out there, so there must be a market for games that evoke memories of old. You could argue that why not dust off the old Amiga or Commodore 64 to play the originals, but I guess people do not have the time to wait for old tech to load.

Zeroptian Invasion is basically Space Invaders; the layout and presentation is almost identical. The pictures on the side are meant to give it an arcade cabinet look which adds a bit of nostalgia to the gaming experience. There’s a minor plot to Zeroptian Invasion, where it explains the Zeroptian’s have invaded your system and you need to repel their invasion, so effectively the title of the game also covers the story. You jump in straight away and begin shooting at the falling enemies. 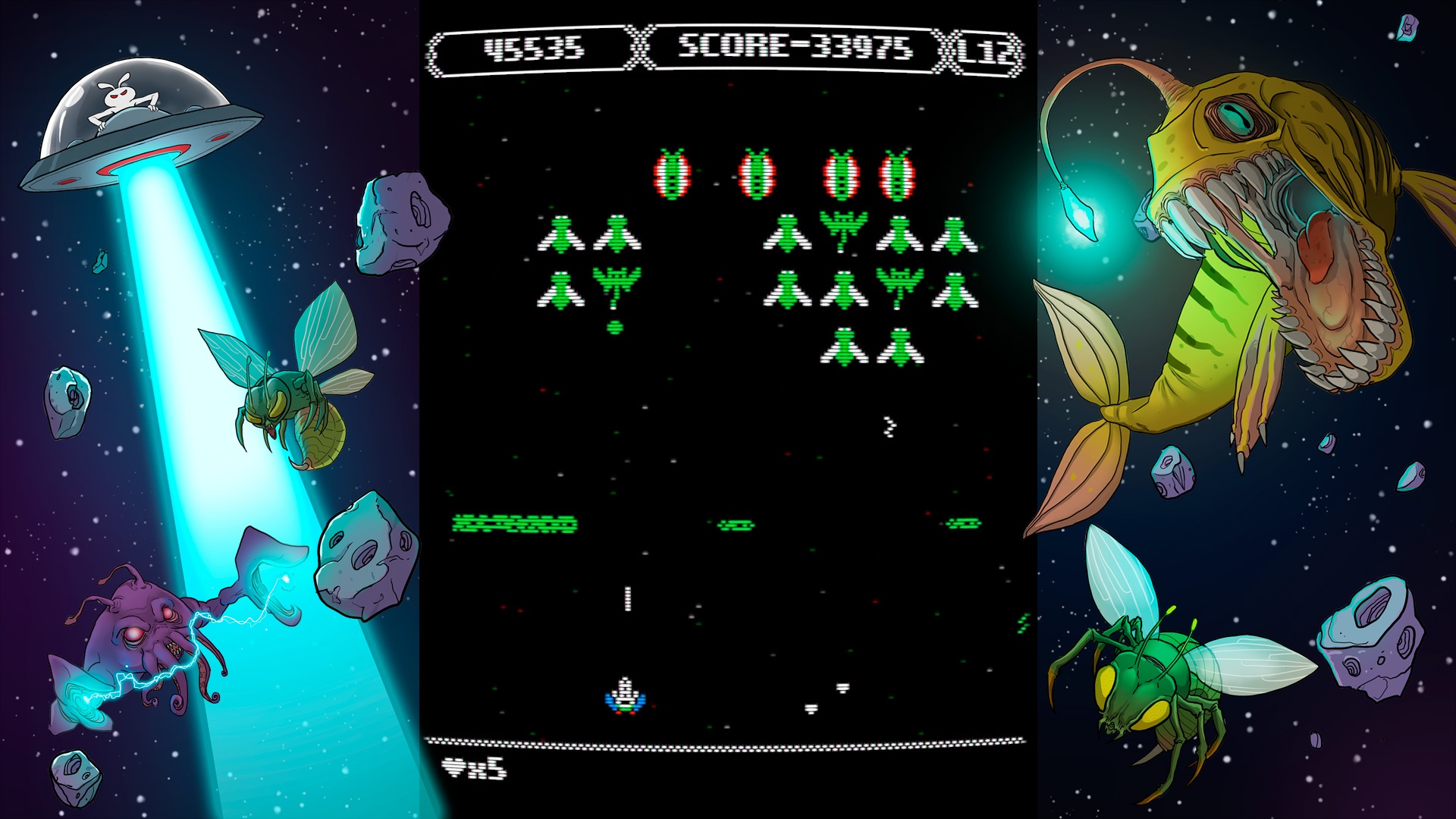 Just like Space Invaders, Zeroptian Invasion has you in control of a small spaceship at the bottom of the screen. Your spaceship moves only left or right and usually there are some minor defensive objects in front of you that break down as they receive enemy fire. The enemies fall from the top of the screen in a set formation, each enemy has a slightly different attack strategy. You just have to hit them to destroy them, once you destroy them all you move onto the next level. Just like Space Invaders there are boss levels interspersed within Zeroptian Invasion. They are slightly harder than the usual enemies, but to beat them it generally requires you to follow a repetitive action. There are power ups that give you a shield, make you faster or shoot extra bullets. When you die you can continue the game but you’ll restart it at the beginning of the group of levels you were playing in. Unfortunately, Zeroptian Invasion doesn’t let you carry on from where you left off if you decide to quit the game, so it’s essentially making you try to complete it within one session.

Visually Zeroptian Invasion is very simple to look at, there’s very little colour on offer, as you progress the colours change but it is very minimal. Audio wise it’s what is to be expected, the music beats along and fits in with the limited explosions on-screen. Bar the high scores being recorded there isn’t much to do in Zeroptian Invasion, so it’s relying on its limited mechanics to keep you interested, unfortunately they don’t keep you interested for long. One of Ratalaika’s earlier games Super Destronaut is simply more fun that Zeroptian Invasion in almost every aspect. 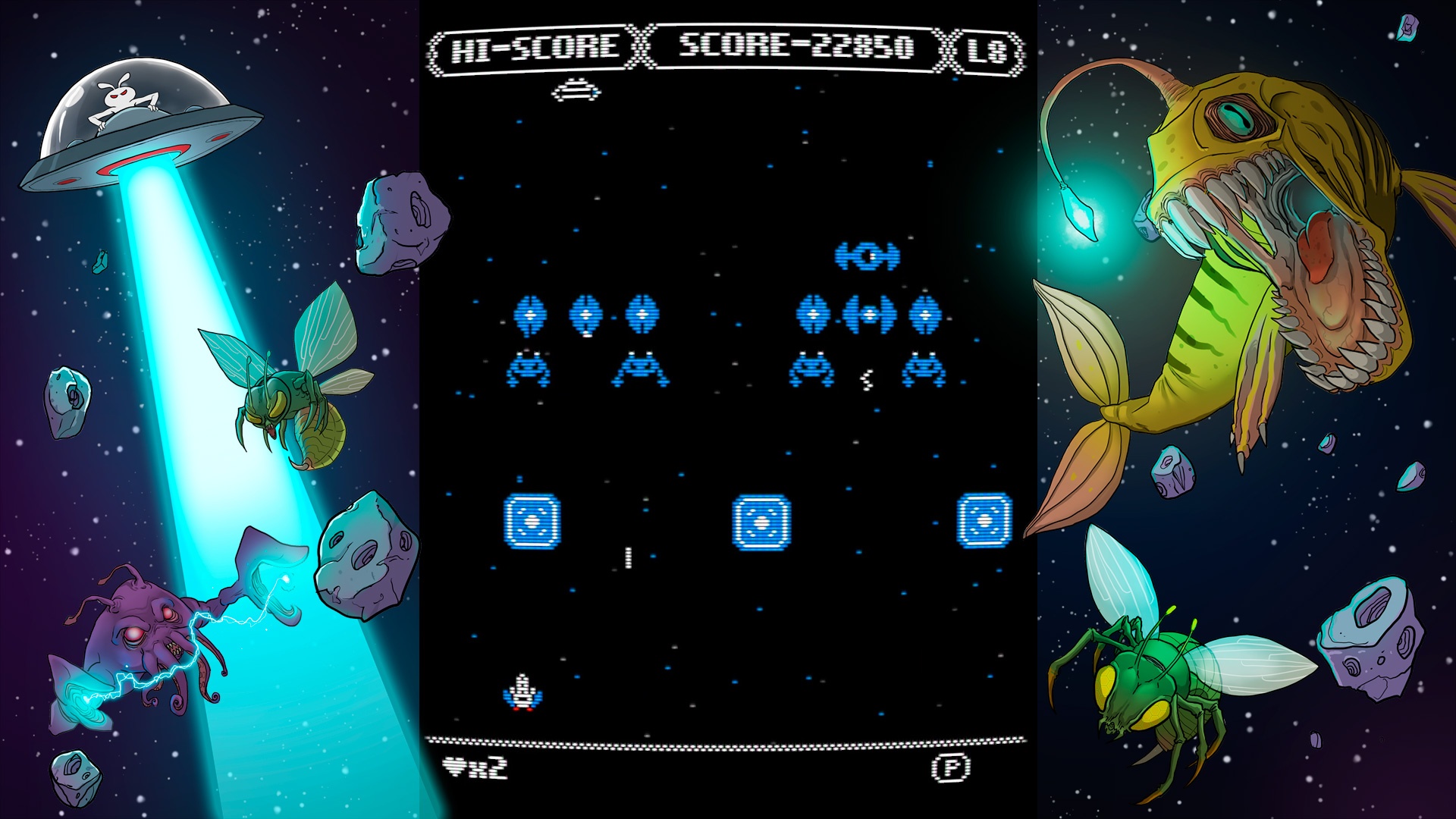 Zeroptian Invasion is almost a clone of Space Invaders, if that is something you want to play on your PS4 then that’s your prerogative, however, there is hardly much difference between Zeroptian Invasion and titles that are over twenty years old. As discussed before it is difficult to score a game like Zeroptian Invasion, it’s something that could easily be a mini game in a larger title.

On its own merits Zeroptian Invasion doesn’t add anything more to the genre. Zeroptian Invasion is a remake of a retro classic but unfortunately, doesn’t entice you enough to keep you playing it for more than a few minutes; unless of course, you grew up on its gameplay elements and want to re-visit the classic arcade styles of yesteryear.

Zeroptian Invasion is a remake of a retro classic but unfortunately doesn’t entice you enough to keep you playing it for more than a few minutes.