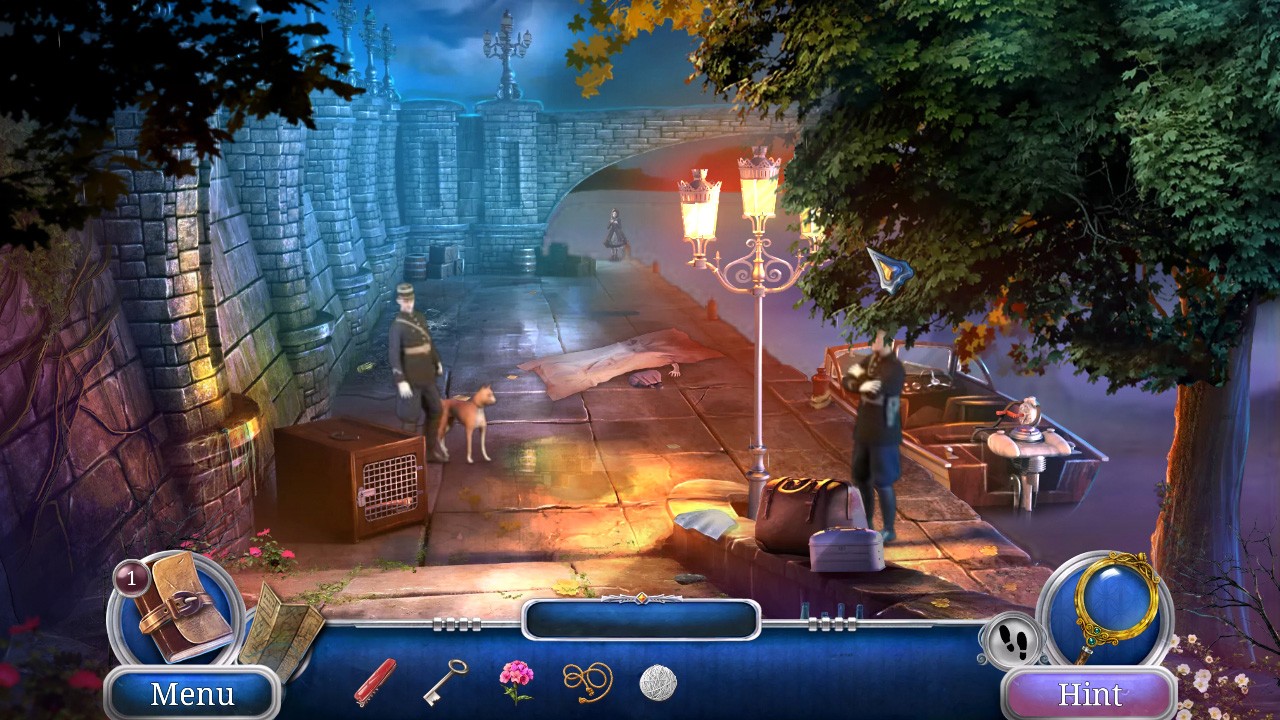 The Man with the Ivory Cane is one of the latest puzzle-adventure instalments from developer Cateia Games. Set in early 20th century Paris, you discover your girlfriend missing and must navigate the streets of the city as you search for the truth.

When you start The Man with the Ivory Cane, you’ll notice that you can navigate the game entirely via touchscreen, or via use of the right analog stick and ZR button. Both ways are pretty foolproof, and you can freely go from one to the other. There are also three difficulty levels – Novice, Adventure, and Challenge – so you can slightly tailor the game to your preference and skill level. The changes between the difficulty levels are quite minor, however.

There are several achievements and collectibles that you can get throughout the game, too. Many of the achievements are easy enough to get as you progress from solving puzzles without skipping, to completing the game on Challenge mode. The collectibles are hidden throughout various environments and are somewhat difficult to locate, but if you’re thorough enough, you shouldn’t have too much of an issue.

You don’t even need to be familiar with puzzle-adventure games to grasp the mechanics of The Man with the Ivory Cane with ease. Essentially, you point and click around the environments to find the items you need to progress to the next. Sometimes you must combine a few of the items you find, prompting new challenges. Many of the items are in obvious places like drawers, but again, being thorough is important, and there are some areas that’ll really have you stumped. Thankfully, there’s a handy Hint feature that’ll help you out if you really are stuck.

As well as the Hint feature, you have a Diary that records the Protagonist’s thoughts along with important memos and notes you might happen upon. This is especially helpful in keeping track of the winding trail that The Man with the Ivory Cane throws at you. Not long after you start you’ll get a map too, giving you a better idea of your bearings and the world within the game. 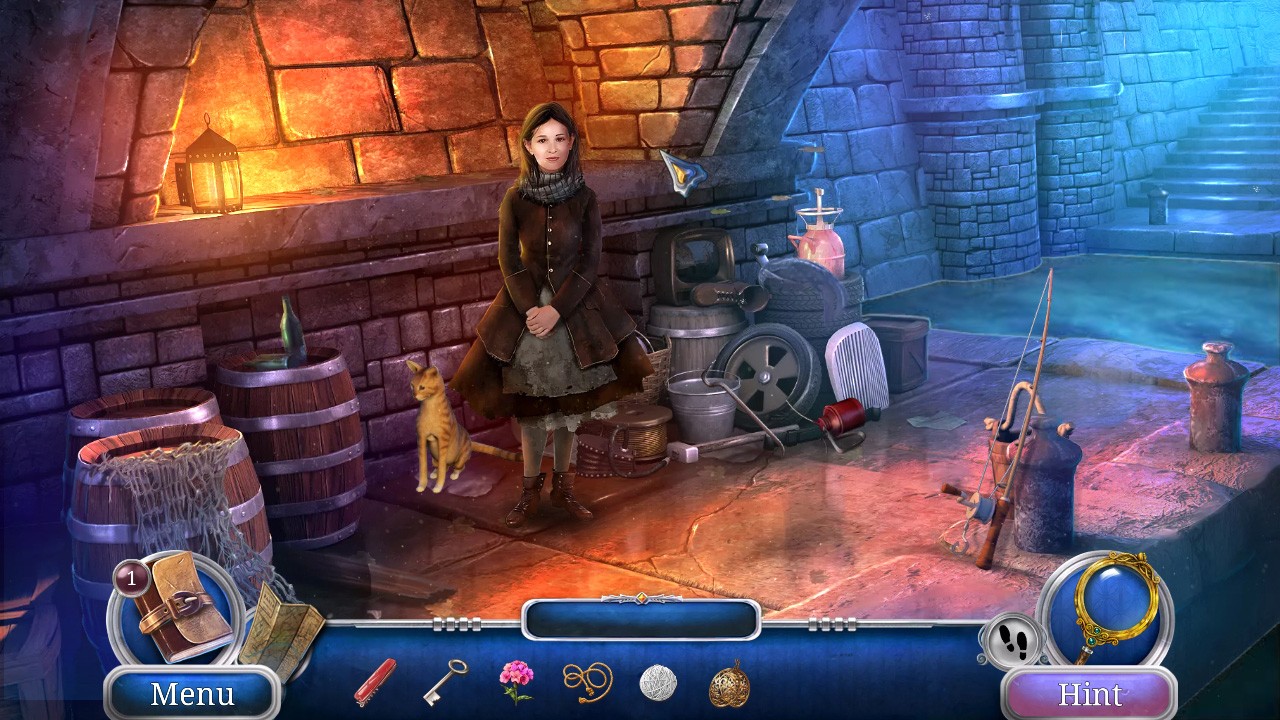 As far as plot goes, The Man with the Ivory Cane spins a relatively compelling story. With the protagonist’s girlfriend missing and a rich stranger who seems to know too much, there’s an intriguing trail to follow. While it may feel cliché at times, there’s enough of a mystery to keep you playing and looking for the last piece of the puzzle. The secrecy of the rich stranger himself is a great motivating factor in getting to the end.

The backdrop of The Man with the Ivory Cane being 20th century Paris is an interesting choice and means there are some gorgeous backgrounds throughout the game. However, there isn’t a lot of in-game detail that’s quintessentially Parisian. Many of the backgrounds, like the harbour and the mansion, seem generic enough to be anywhere. None of the characters have French accents or speak French, but random French words, like ‘monsieur’ and ‘adieu’ are dropped into conversation here and there. It’s an odd feature that’s more than a little jarring against the impeccable atmosphere.

To add to that, not all the voice acting is fluid or particularly convincing. The protagonist himself has perhaps the best voice acting in the entire game, but Sasha is one of the main offenders, along with the rich mystery man. This is a major shame, since he certainly has the most lines in the game.

While the in-game graphics are beautiful and as clear as a bell, the rendering of the cut-scene images are shaky at best, too. This may be a problem unique to the Switch version of the game and not apparent on the mobile or PC versions, but either way, it’s unfortunate considering how lovely the art is. Add to this the delays in loading objects and menus, and there’s a sense that The Man with the Ivory Cane could do with a little more polish. 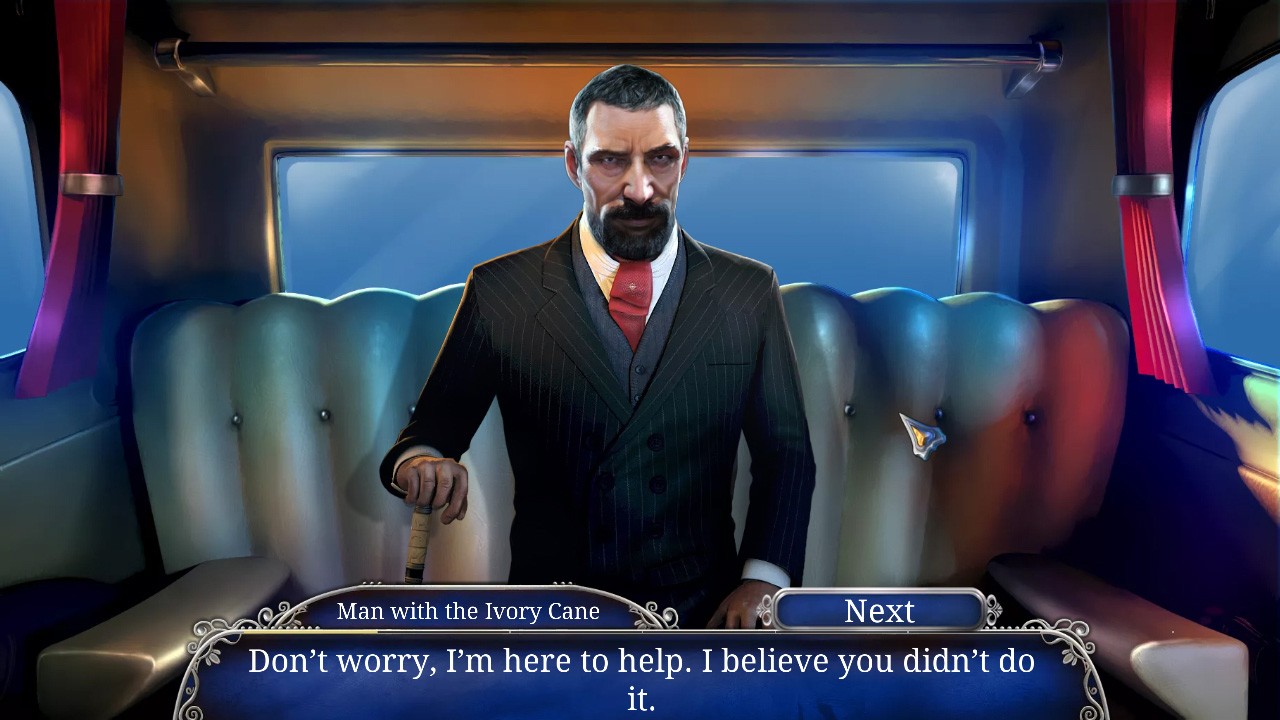 The puzzles in this game, however, are one of its best features. They aren’t complex enough to be impossible, but they’re not too simple either. The further you get, of course, the more complicated the puzzles become. There’s a Skip feature in case the puzzle you’re on is too frustrating, which may feel like something of an easy way out, but it means that no matter what your skill level is, you can rest assured knowing that you’ll still get to the end of the game.

The only drawback to the puzzles is that there aren’t many of them, but there are several mini-games which are just as fun. None of them are particularly hard, but they do break up the game and keep it from becoming too one-note.

In terms of music, The Man with the Ivory Cane has a great soundtrack, with an atmospheric, moody score that adapts to fit whatever environment you’re in at the time. It certainly works for a mystery story. The sound effects, like the protagonist’s footsteps and the rustle of picking up objects, are clear. Both the music and the sound effects can be customised from the menu if necessary.

The Man with the Ivory Cane is, overall, an intriguing gaming experience. It’s not a long game and can be finished in half a day if you’re keen, with relatively low replay value. The achievements and collectibles may have you going back for a second go, but the incentive isn’t great. While not without its faults, if you enjoy mysteries and puzzle-adventure stories, The Man with the Ivory Cane is one that you may want to check out.

The Man With The Ivory Cane Review

An intriguing, albeit short puzzle game. With some beautiful backdrops, and run of the mill puzzles, this doesn’t bring anything new to the genre.