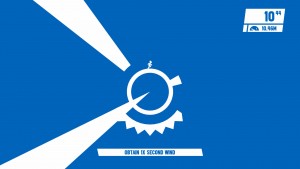 YoYo Games want you to love Maddening Overload as much as they do, or at the very least want you to realise that they have obviously loved putting the game together for your enjoyment.

Maddening Overload is a very simple endless runner where your goal is to keep your character running around a central circle that changes as it is created by a wall that constantly chases you. You will have pits to traverse or spikes to leap over, sometimes you’ll be given a break with a long stretch and other times you’ll need to resort to some precision jumping in order to succeed. At no point will you be shown mercy and at no point will the wall of fate stop.

It is what you could call ‘in the zone’ gaming, as Maddening Overload has the wonderful ability to make you defocus on everything apart from the constantly rotating circle in the centre of the screen. It also manages to push the ‘one more go’ button as well, as deaths are caused by poor reactions or over confidence and you rarely feel cheated due to button press reactions. Giving that, you do have to make sure that button presses are quick and firm, as holding down on X will cause you to repeatedly jump which can result in an untimely death. 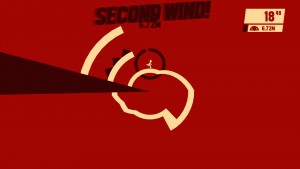 The main game wants you to run as long as you possibly can down to the point where you are beating your score by tens and hundreds of a second. For those who are looking for something a bit different, there is the chance to take on one of 101 challenges that YoYo has set out for you to beat. These can range from surviving for a set amount of time, to having to run at double speed or jump continuously in order to complete the challenge. In honesty, this was the part of the game that grab my interest the longest as having a set goal focuses your mind and your fingers more and increases the potential addicting qualities ten times over.

There are touches that really demonstrate the love and thought that has gone into Maddening Overload, something you can see in the theme settings within the game. On the surface, it looks like a simple option to change the colour scheme to your preference, however on further inspection, as well as changing the colour, it also changes the rhyme you are presented with when you fail. The Scottish theme presents you with a poem in pure Scots, while the zombie theme repeatedly mentions eating brains and considering the number of themes available, the creativity involved is to be applauded and it certainly raised a smile with me on several occasions.

Maddening Overload offers the rare local multiplayer, which is a simply who fails first game which is a brilliant way to waste half an hour. I wasn’t able to play online multiplayer as there simply didn’t seem to be any other players available for a match up. This was a real shame, as I’m sure there would have been a lot of fun to be had if I managed a match up. It highlights one of the few concerns I have about Maddening Overload in that if the game doesn’t get enough interest, then the whole multiplayer section will become redundant and the longevity of the game night be reduced in the long-term very quickly. 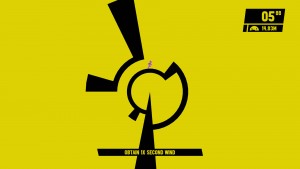 You might also question why a game of such simplicity has ended up gracing the PlayStation 4 in the first place, it simply isn’t a major graphical tour de force and would probably sit just as comfortably on a tablet or phone. Sometimes though, when you have half an hour to spare, getting into a game of Bloodborne or The Witcher simply isn’t going to happen while running like a madman around an ever-changing circle might be just what you need. You can tell that YoYo made it with a lot of love in their hearts, rather than the corporate glaze you see on so many games. Maddening Overload is gaming in its very distilled and condensed purest form, doesn’t pretend to be more than what it claims to be and should therefore be considered for you collection.