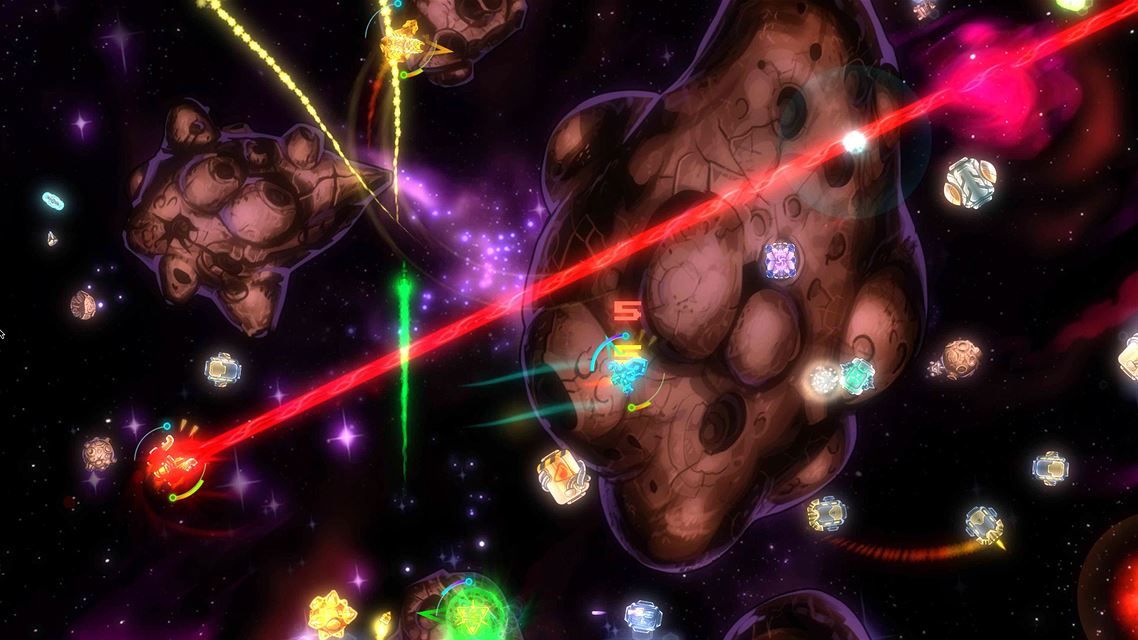 After playing Uncharted 3, The Last of Us, the latest FIFA or latest COD have you ever set the controller down and thought “I fancy playing something a lot more simpler, something that only uses some of the buttons on your controller and isn’t online? If the answer is yes then In Space We Brawl may well be the game for you. In Space we Brawl: Full Arsenal Edition is a throwback to old school co-op gaming comparable to something like Asteroids or Geometry Wars.

In Space we Brawl: Full Arsenal Edition is a simple game, you move around within one wraparound screen whilst taken shots at other things on the screen whilst also dodging enemy shots on your own craft. There are two modes to choose from; Multiplayer and Challenges. In Multiplayer you can choose Tournament which is where you dictate how many matches/kind of ship/kind of gun or Championship which is where the winner is the person who hits points target. The Challenges mode is a single player mode, as in the modes name it you play a series of challenges that help improve your ability and also unlock ships/weapons. 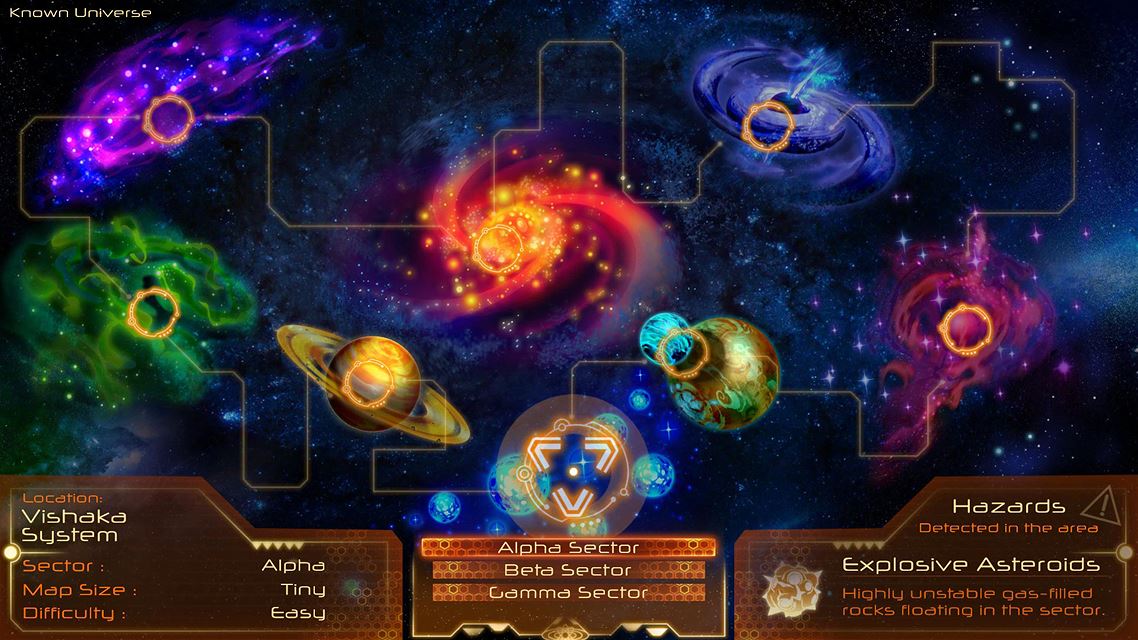 In total there are 11 different spaceships to unlock which all have varying skills in terms of speed and health amongst other things. There are also 11 different weapons which can be combined to generate several combinations depending how you want to approach each arena. Just like an old school game there are power-ups that appear on-screen to help you brawl. The various weapons include rapid fire and a laser. If you mix that with the hazards on-screen that includes black holes and asteroids you’d think In Space We Brawl would become a more entertaining game, unfortunately it doesn’t which is a shame because it should be.

Graphically there are lots of explosions and bright colours but they just vaguely cover up for the lack of innovation in the weapons and ship designs. The intense shooting and flying is quite chaotic at times but doesn’t really engage you to want to play more. The arena you play in is just a barren space, there’s very little going on in the background. You move and shoot using the sticks, it feels a tad sluggish at times and often you don’t really have too much control in what’s going on. Multiplayer works as it should but there is nothing that stands out, In Space We Brawl is a game to be played amongst friends, however it wont be long before they get bored. 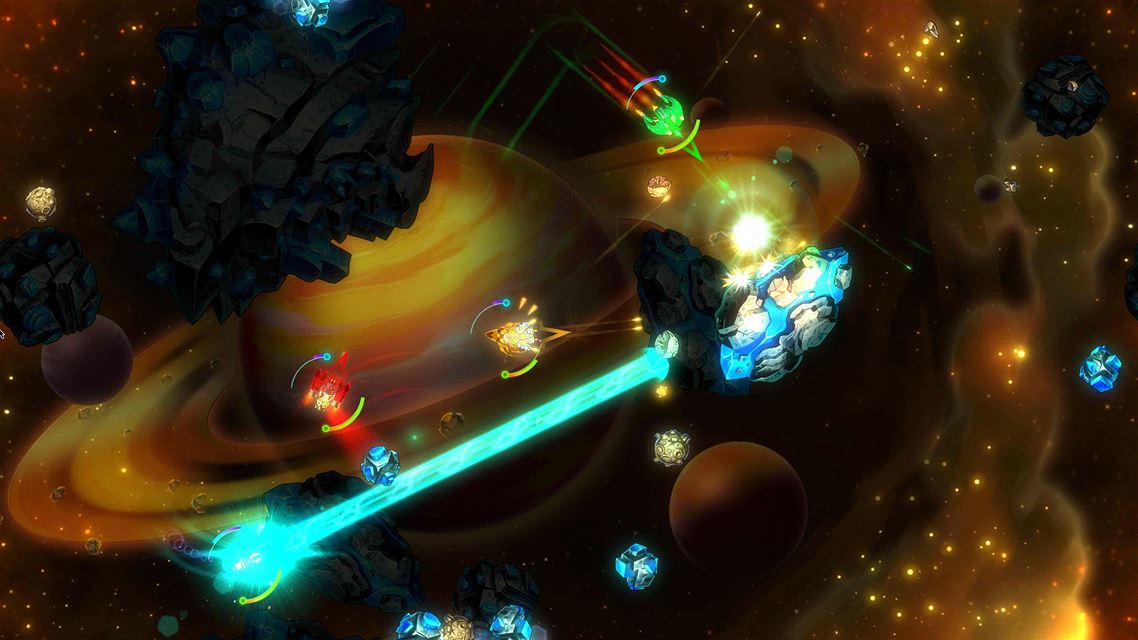 In Space we Brawl: Full Arsenal Edition is an easy game to play and like most co-op multiplayer it is a lot more fun with friends. However that doesn’t make is a game that you should play, considering the simple premise there is a lot more than could have made In Space We Brawl a much more interesting and involving multiplayer experience.