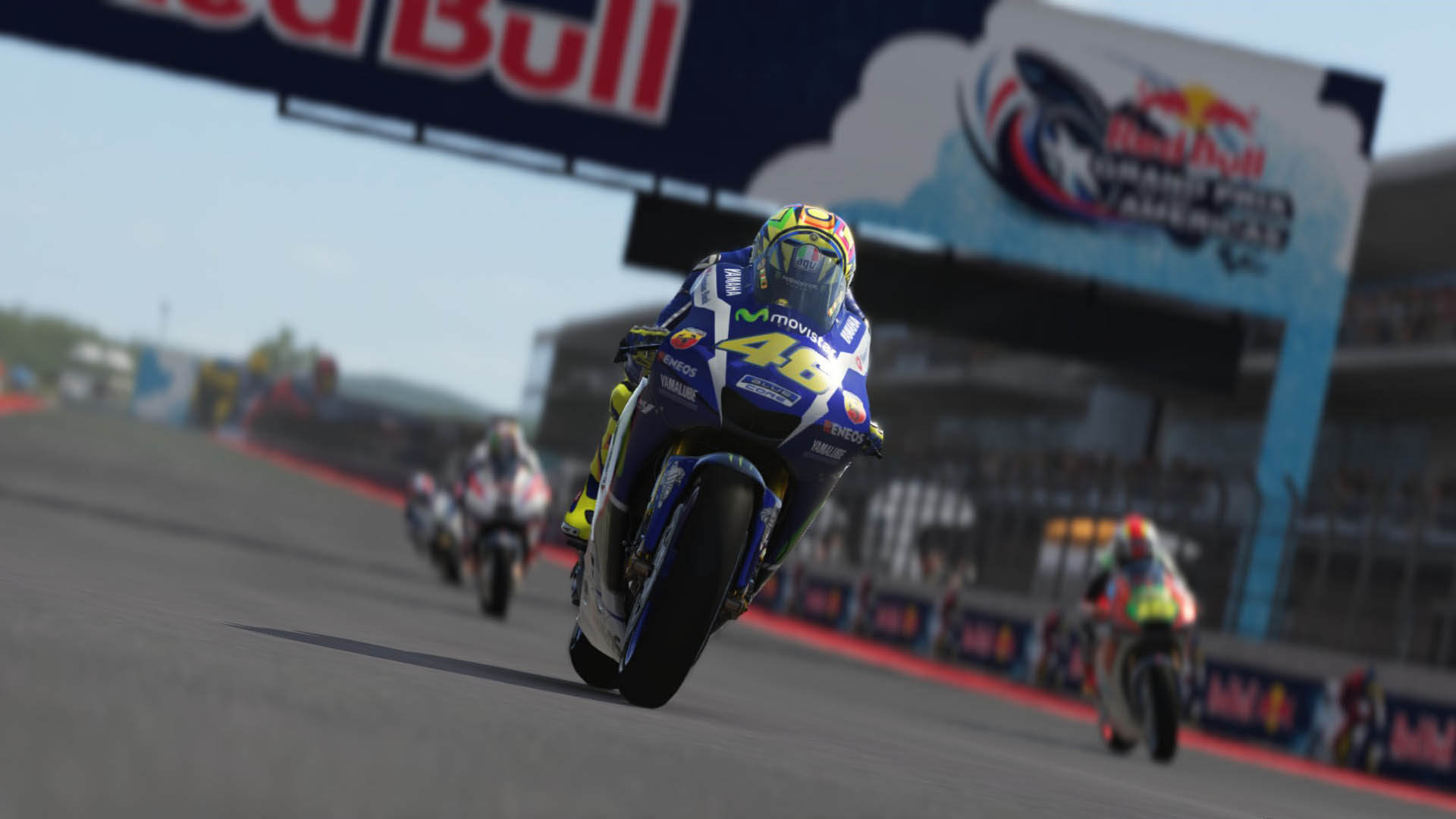 Two wheeled racers have always struggled to match the success of their four wheel brethren. Despite a substantial fan base, the world of MotoGP has never really connected with the mainstream with even the best bike-based racers falling well short of the kind of success enjoyed by the likes of Gran Turismo, Forza Motorsport and Need for Speed etc

While Milestone’s, Valentino Rossi: The Game is unlikely to break that trend, it does represent another step in the right direction for the MotoGP series and proof that, while it is unable to match the big four-wheel racers for budget and subsequent polish, it can match them in terms of quality, and by doing something somewhat unique for this year’s release, have successfully made their latest racer stand out from an increasingly high quality crowd.

Despite this being an unmistakable MotoGP game at heart, for this years’ release, Milestone have built the entire experience around the sports’ biggest star. He may not be a household name in the same way that Lewis Hamilton is (at least not in the UK anyway), but for much of Europe, and certainly for fans of two wheeled racing, there is no bigger name than Valentino Rossi. Winner of seven championships and the long standing face of the MotoGP brand, Rossi’s career is littered with a mountain of glorious victories, tough losses and memorable moments – many of which are captured in the games’ all new, Legacy Mode. 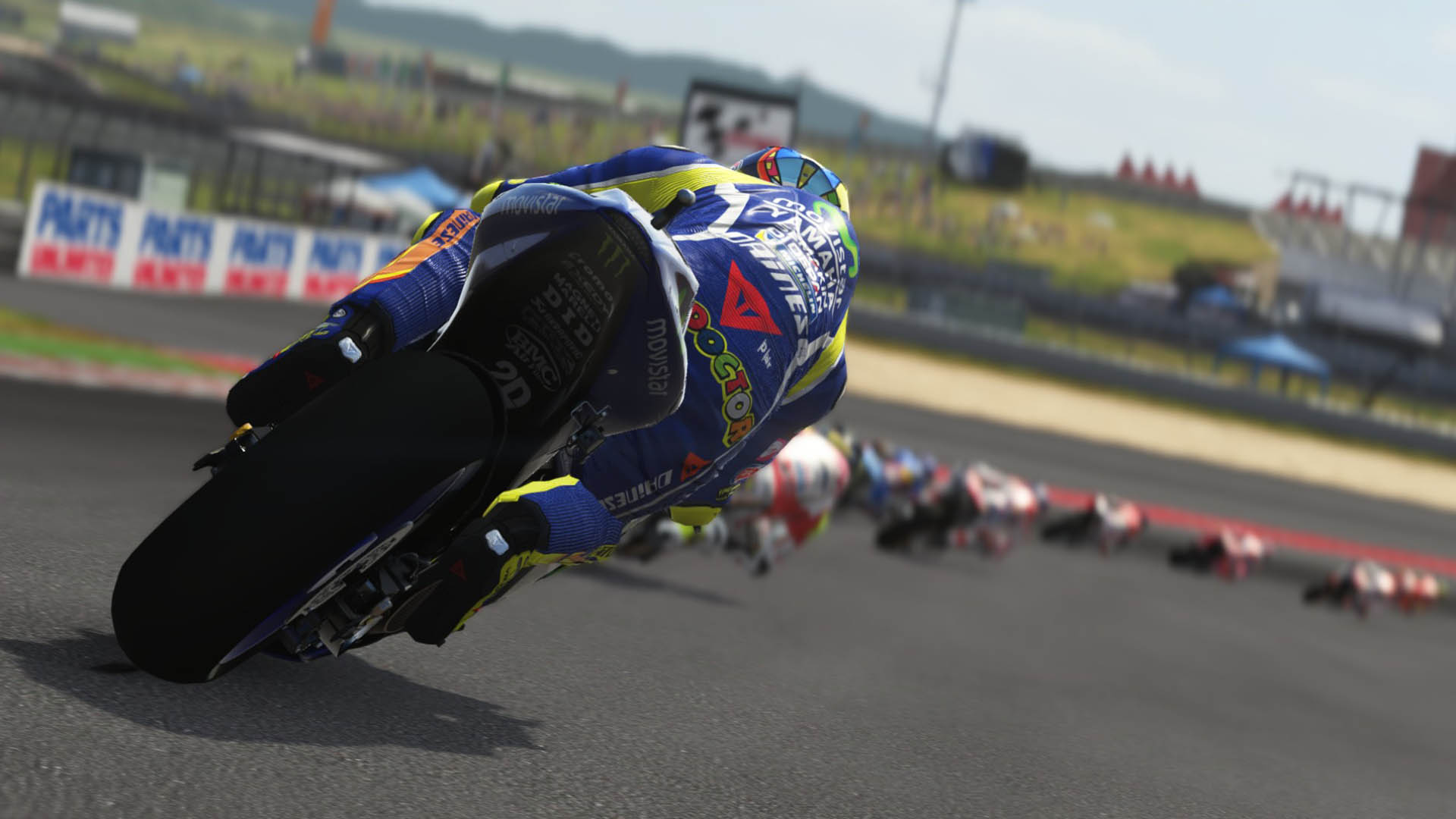 With 20 races taken from the entirety of his career, Legacy Mode has you reliving some of his most famous moments as the man himself talks you through each event and the best way to take on the challenge. With archival video and great presentation throughout, Legacy Mode, along with a comprehensive, ‘Rossipedia’, delivers an enjoyable twist on the standard MotoGP template while providing a genuinely interesting insight into Rossi’s long and illustrious career. Fans will obviously lap this up, but as someone with only a passing interest in the sport, I found this trip down memory lane a genuinely compelling experience and an insightful look into the mind of one of motorsports’ most successful racers.

Of course, while Legacy Mode inevitably steals the show, there is no shortage of other modes to keep traditionalists busy. A wide-ranging career mode offers plenty of content and includes both the 2015 and 2016 MotoGP seasons. While slightly hit-and-miss in its presentation, it does deliver plenty of content with  your rider making their way up from Moto3 to the heady heights of MotoGP, all the while taking in a surprising and eclectic array of different riding styles along the way. Starting with dirt bikes via Flat Track style events, the new VR46 mode also sees you taking on rally cars and even a handful of drift events. Bikes are still very much the focus, but by applying the skills that they have established in the world of rally car racing, Milestone have created one of the more diverse racers on the market.

With plenty of options for standard racers, time attack challenges and online events, Valentino Rossi: The Game is nothing if not content rich. Sadly, while the game doesn’t want for things to do, out on the track, things aren’t quite so slick 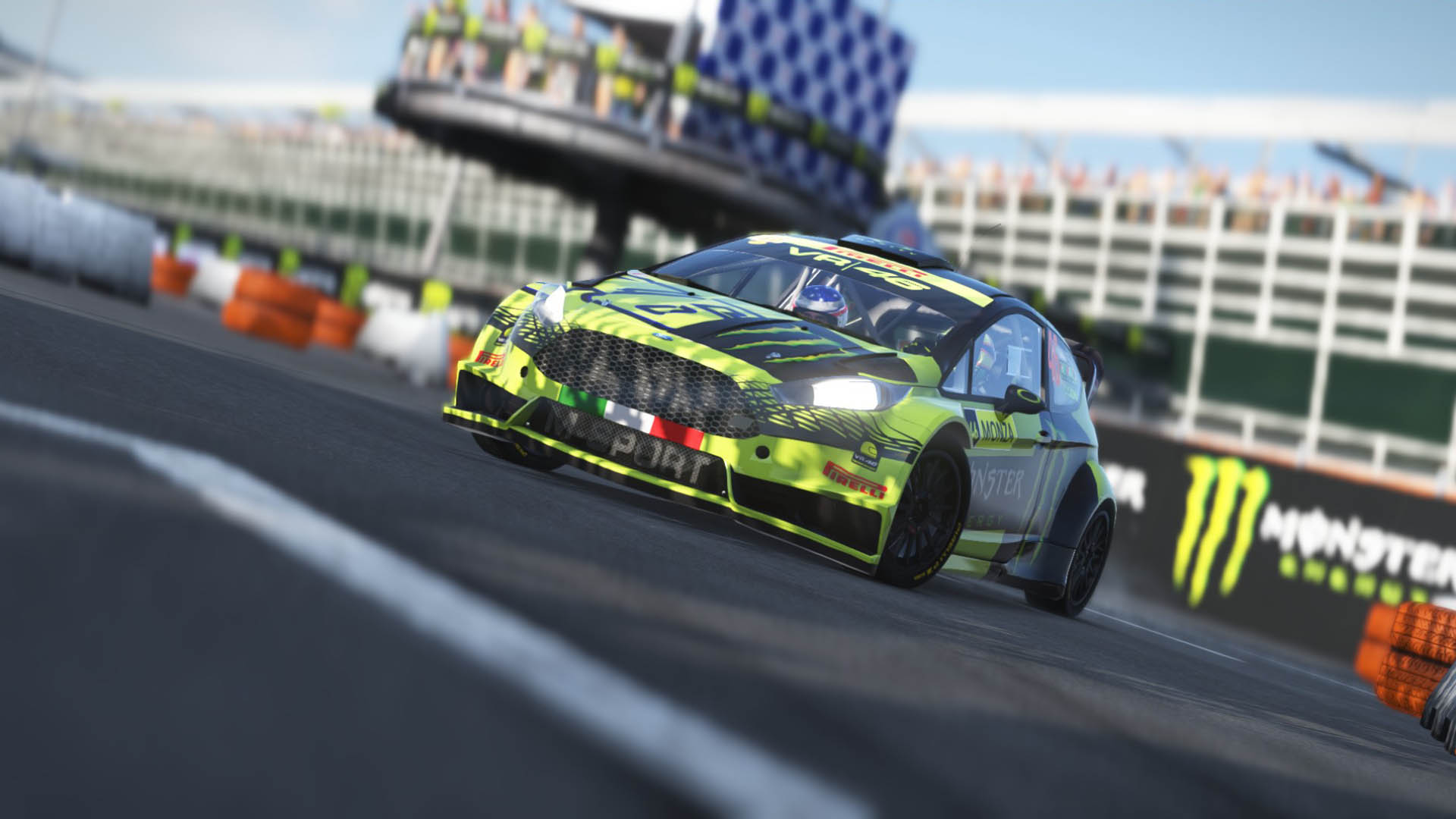 Don’t get me wrong, Valentino Rossi: The Game is a fine simulation of the sport with plenty of modifiers available for those looking for a more forgiving/realistic racing experience, but sadly, while it is fine from a technical standpoint, it is lacking that special something. There’s just no tangible sense of speed – yes, you’re aware that you’re going at a decent clip, but it never feels like you’re on a motorbike going at well over 100 mph. The same is true of the rally cars. Again, they handle fine from a technical standpoint, but aren’t actually all that exciting to drive. Of course, those looking for a truly hardcore experience will find plenty to like in Milestone’s commitment to realism, and even the more casual racers out there will likely find the solid racing model perfectly serviceable, but that’s the thing; outside of its realism, it all feels a tad, well, uninspiring.

The same could arguably be said for the games’ visuals. Again, they are completely solid with some excellent vehicle models and decent presentation throughout each of the games’ myriad of game modes, but let’s be honest, we’ve all become accustomed to a world in which racing games often push the graphical boundaries of what a console is capable of. It’s a bit harsh to compare Valentino Rossi: The Game with a racer blessed with a much bigger budget, but when playing, you can’t help but compare Milestone’s latest with the likes of Forza Motorsport 6 and Driveclub, and while handsome enough in its own right, it does suffer by comparison.

Valentino Rossi: The Game is a solid entry in the long running MotoGP series made all the better for the inclusion of the Valentino Rossi inspired, Legacy Mode. With a great narrative to go with its already comprehensive levels of content and solid collection of additional events and racing styles, this arguably represents, Milestone’s finest game to date. The racing model does lack that all important sense of speed and the visuals can’t match the finest examples of the genre, but despite these issues, Valentino Rossi: The Game delivers a broad racing experience that both hardcore and more casual MotoGP fans can enjoy in equal measure.