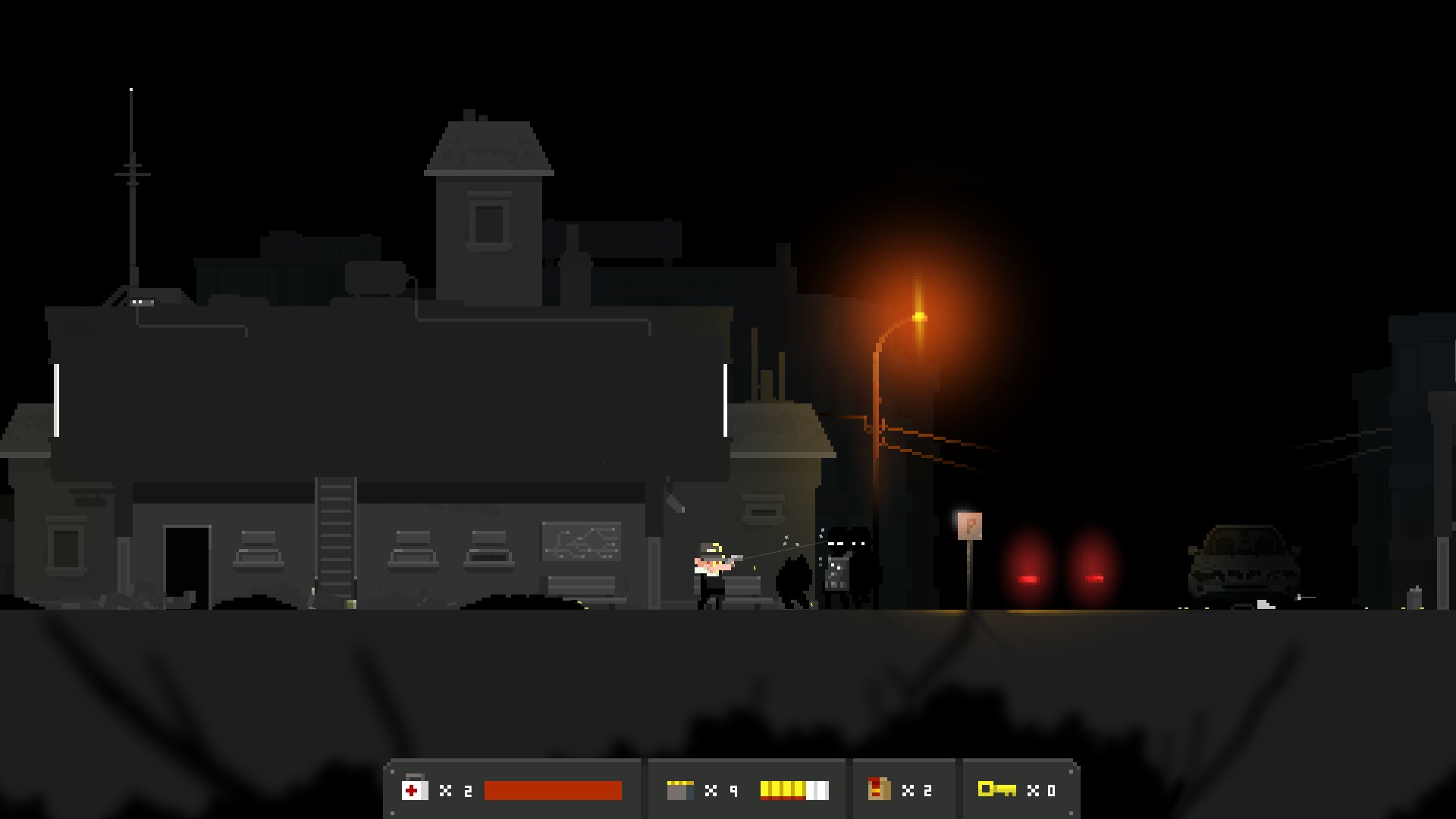 You’ve all heard of a RomComZom. Well, this is a RetZomSurSim. Yeah, it’s not quite as catchy as, ‘RomZomCom’, but tinyBuild’s, The Final Station does combine retro inspired visuals with zombie-based survival gameplay and a small dose of train driving simulation. So, like I said, a ‘RetZomSurSim’.

This somewhat bizarre amalgamation of disparate genres and styles might sound like a strange combination on paper, but in practice, the premise actually works surprisingly well. There are enough rough edges and poor design choices to keep it from greatness, but equally, there is more than enough in the way of good ideas and smart implementation here to make this a genuinely compelling indie curio.

The 8-bit / 16-bit retro visual style might have been done to death in recent years, but it still looks great when done well, and here, it has been implemented beautifully with the retro-style foreground playing well against the more detailed, artistically traditional backgrounds to create some genuinely impressive and often emotive vistas. It would be easy to overlook the visual style as derivative at this point, but while it arguably lacks originality, it certainly doesn’t want for charm. The somewhat cutesy design does undermine the potential for scares, but when combined with the relatively unique premise, makes for a surprisingly original take on the well-worn zombie genre. 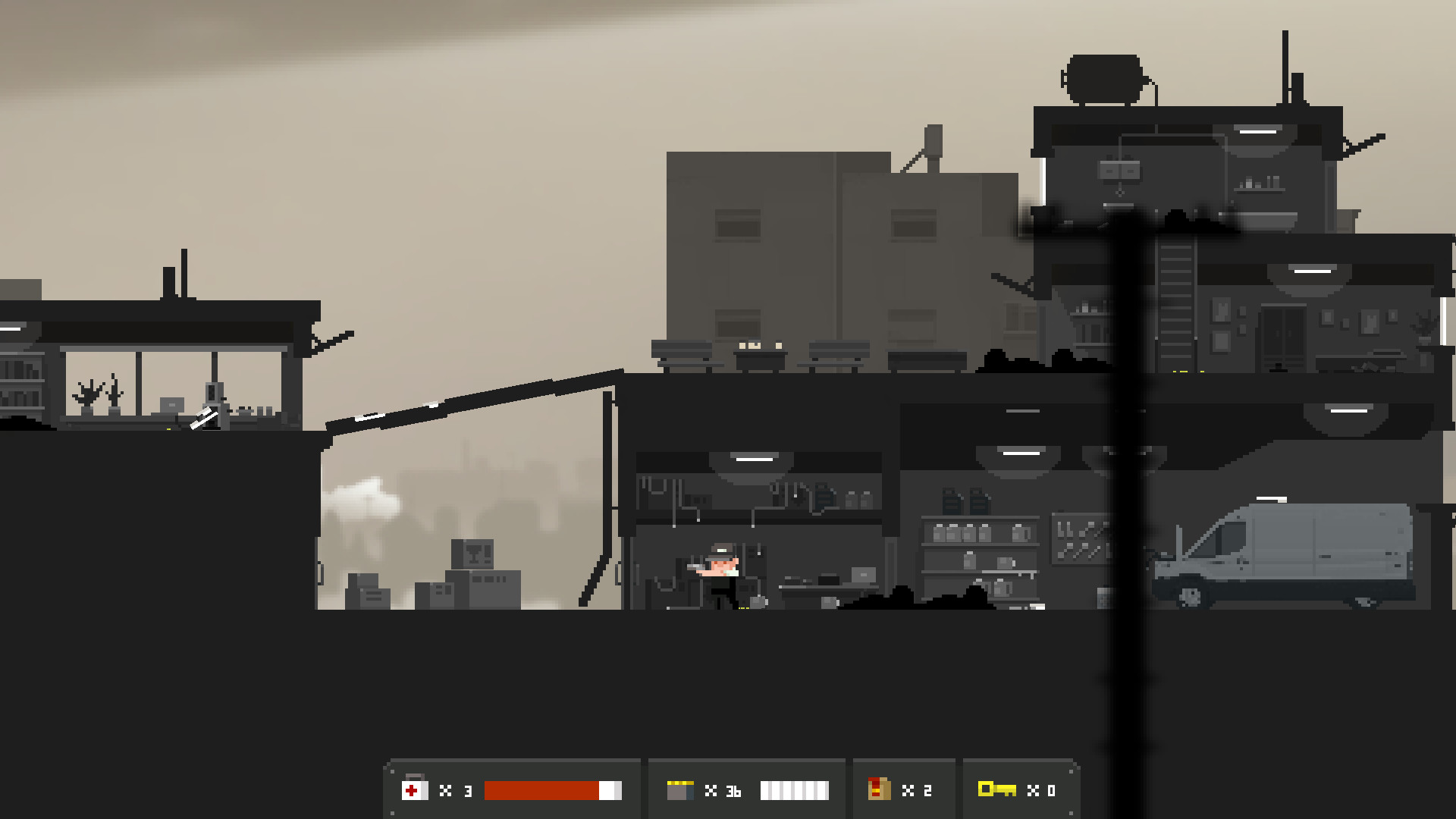 Well, I say zombie, but despite having all the tropes one would expect from the genre, this is never explicitly stated as a ‘zombie’ game. While acting much like your traditional brain munchers, The Final Station is home to shadowy figures that have arrived on the back of an event known as, ‘the visitation’. Referred to as an event that originally took place 106 years in the past, it’s no surprise to hear that they have decided to visit once again with news of their troublesome return trickling out as you visit stations on your initial route.

With these shadowy zombie types back and you left with a train to run and a host of passengers to look after, what ensues is that unique mix of exploration, simplistic combat, inventory management and survival / train simulation. No particular piece of the puzzle is exceptional in any way, but again, as a combination of styles and genres, The Final Station is more than the sum of its individual parts.

That might sound like a lot to keep track of, but in practice, The Final Station is a relatively straight forward and a pleasantly streamlined affair. Yes, you can converse with passengers and you do need to make decisions regarding rations etc, but for the most part, passenger management, like train management, is relatively straight forward. There are mini games linked to the running of the train, but as long as you keep track of things, keeping your train moving and your passengers alive is rarely all that taxing. Keeping yourself alive though? That’s another matter altogether. 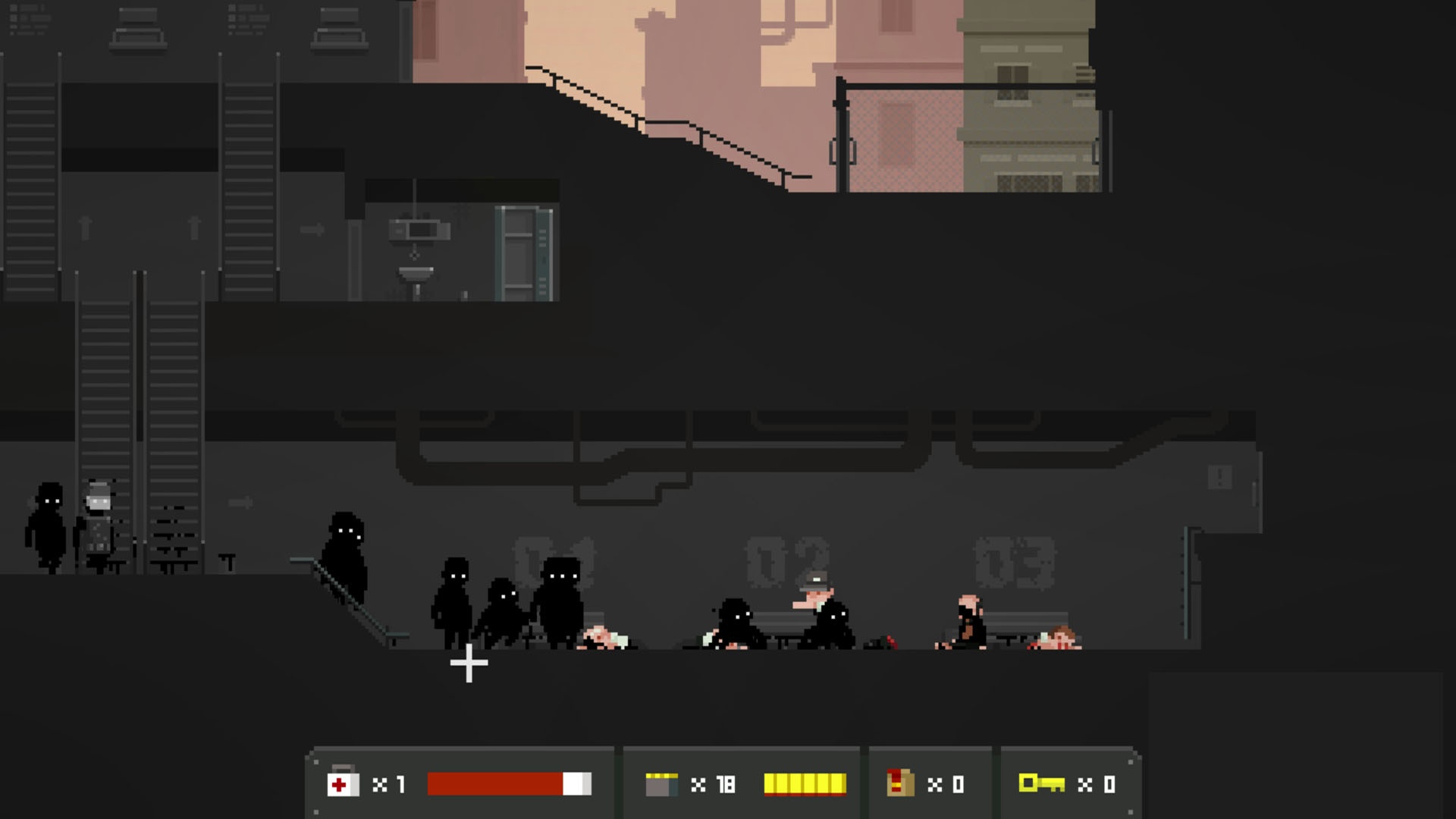 Stopping off in each town, you essentially need to collect a code for the blocker that will allow you to keep the train moving towards the next station. Naturally, with all of these shadowy zombie folk killing everything in their path, the traditional lines of communication and travel management are in a state of somewhat understandable disarray. This leads to much in the way of exploration and quite a bit in the way of shooting and punching. Ammo is relatively scarce, so while killing an individual enemy is rarely an issue, dealing with their extensive numbers becomes an ongoing process of ammunition management and attack strategy i.e. do I stay and fight or do one?

It’s hard to shake the overriding sense that you are playing a good game that could (and perhaps should) have been a great one, but despite it lacking the conviction of its initial premise, The Final Station remains a unique and largely enjoyable take on the zombie apocalypse. The distinct combination of styles, genres and aesthetics might not always work as well as one might have hoped, but The Final Station certainly hits more than it misses, and at its best, delivers one of the better genre mash-ups in recent memory.