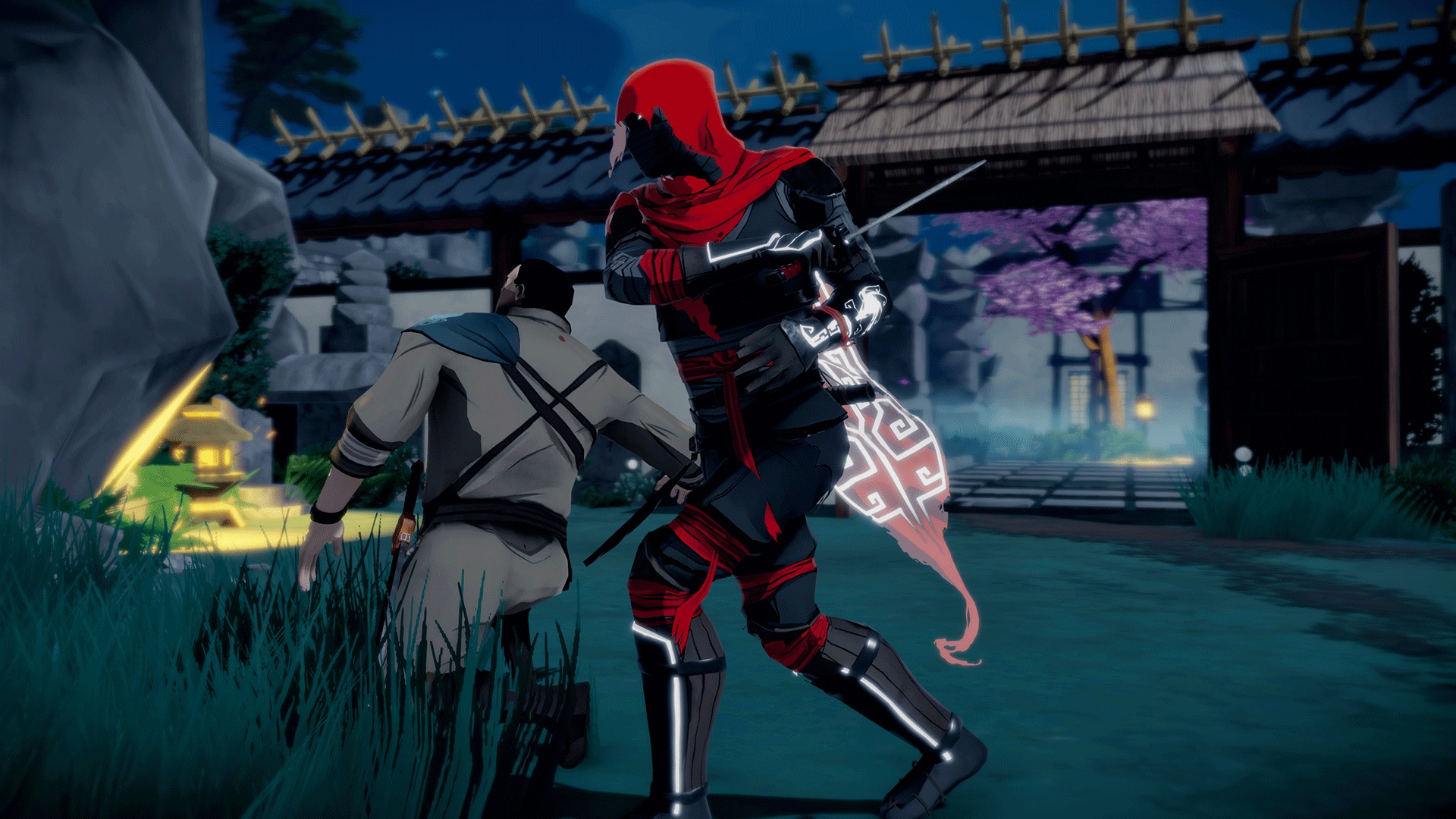 Lince Works based in Barcelona, Spain originally started working together at Pompeu Fabra University where Aragami was conceptualised as student project by a team of 5. They later went on to create a kickstarter for it when it was still called “Twin Souls: The Path of Shadows”, unfortunately it failed but they still continued to build the game and release it both digitally and physically.

In Aragami you take control of a shadow of vengeance invoked by a summoner who is trapped with the magically powerful Empress and needs the Shadow (later named Aragami) to collect all the talismans that are keeping them trapped. You set off on a stealthy journey across the empire to release her from her prison, with each level things begin to unravel for Aragami as with each talisman he touches he has flashbacks to events he doesn’t understand and must decipher them to see what they hold. 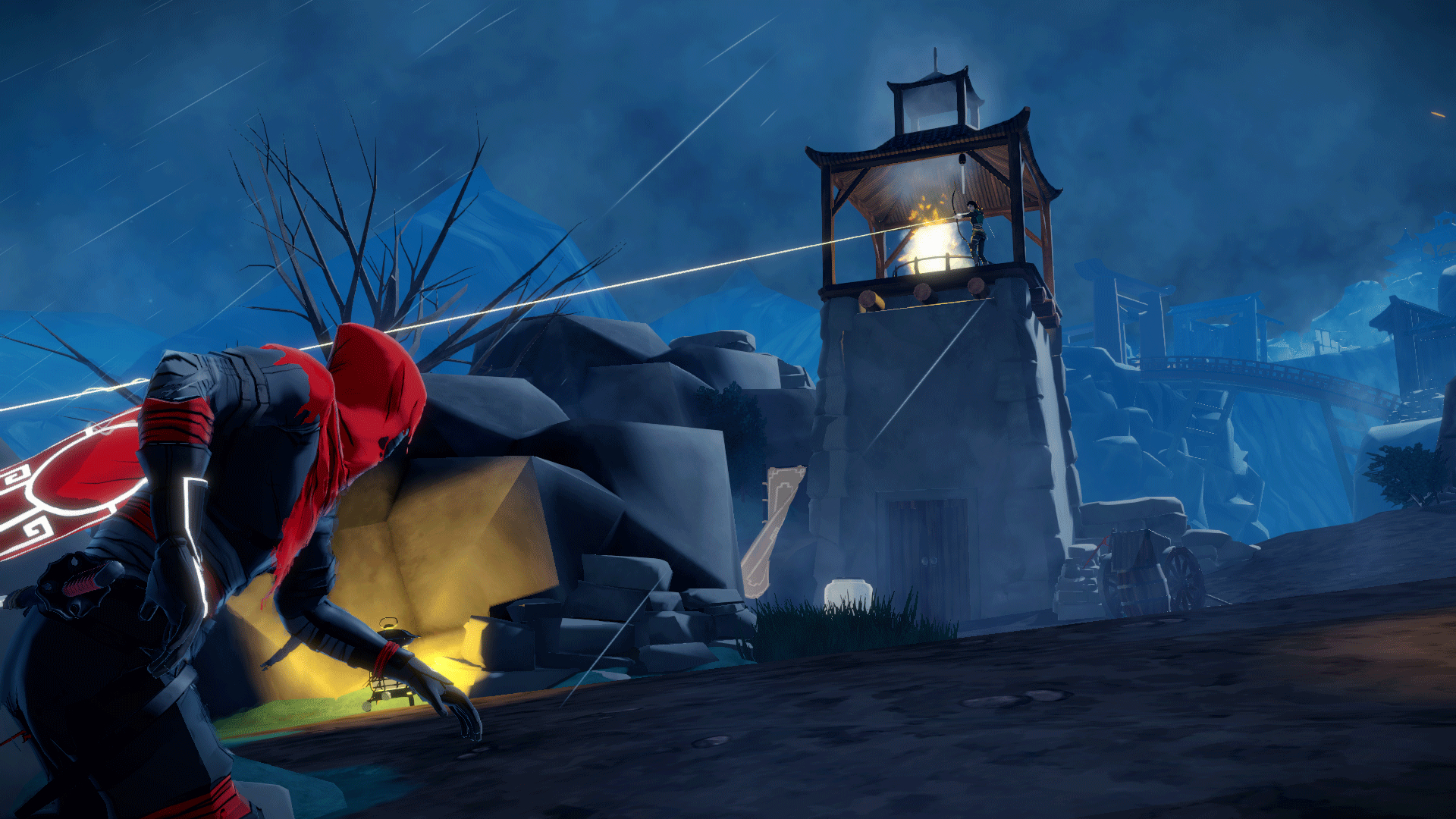 Gameplay wise Argami is a delicious blend of Metal Gear, Tenchu and Dishonoured. The player has the ability to blend into the shadows becoming a corporeal incarnation of darkness blending into the shadows and becoming harder to see. Guards can still see you at point-blank range but at that point you can dispatch them with a stealth kill, other enemies like the archer can still see you even in the shadows though. A huge staple of Aragami is the leaping ability; we’ve seen this ability in other games namely Dishonoured but in Aragami this ability can be used much more often without penalty. I would like to mention that the game does have co-op mode, I did not get a chance to try it but I’d imagine from what I’ve played this would make for great fun with a friend.

Visually Aragami is a treat to look at, with clean and colourful textures and high quality models. I found myself at times just looking around the locations because they were so nice to look at. Something that should definitely be commended is the lack of a heads up display, the game just has a dot on the screen for aiming but otherwise it is HUD free. This is due to how Lince Works have decided to show the players current energy and attack ammo by using the scarf and making it glow and show the remaining ammo which is a remarkable idea that harkens back to Journey with the same mechanic. 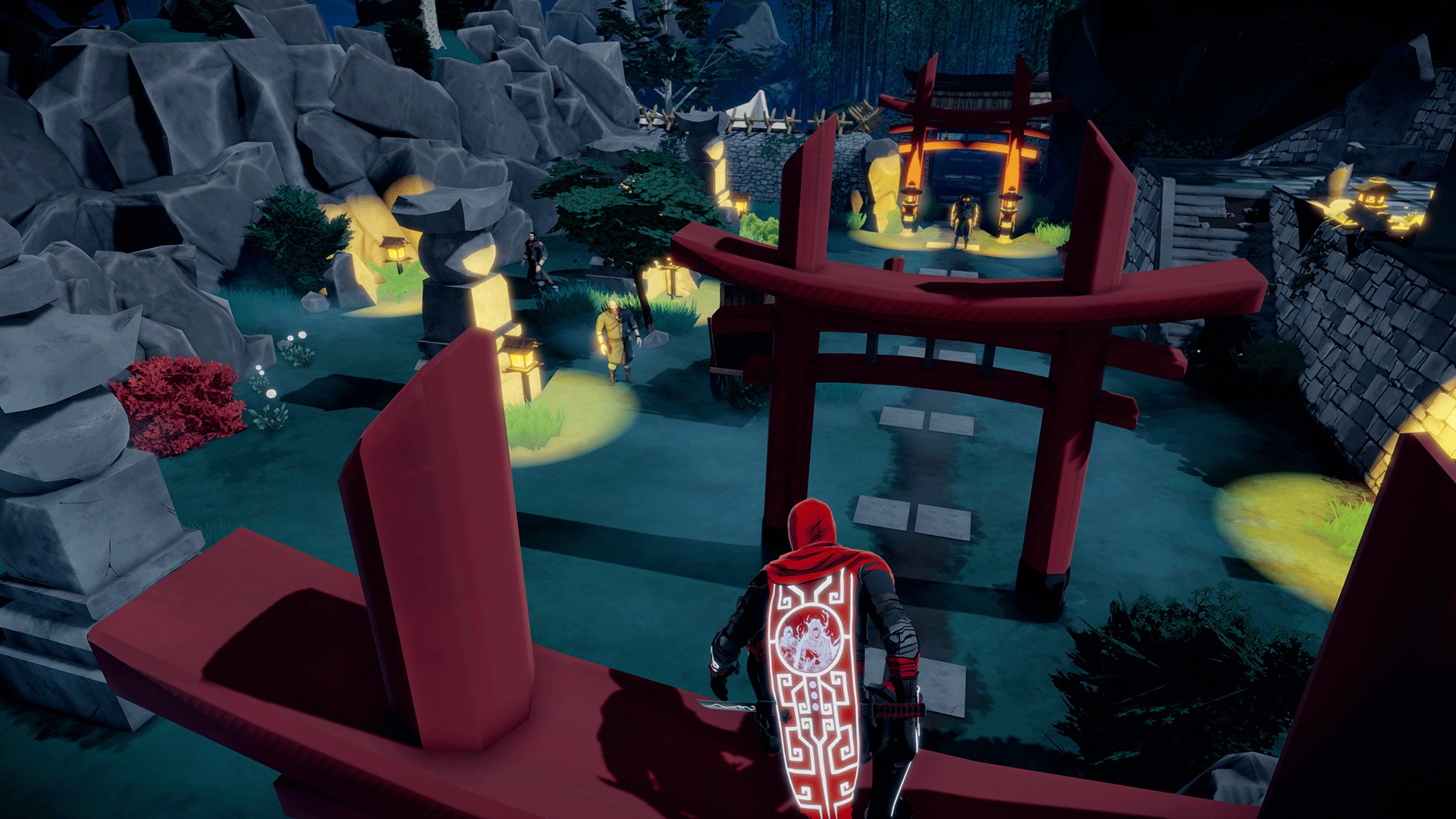 In the game the player may come across blue glowing scrolls that reveal a little bit of the back story of the world and the characters in it. That’s not all the scrolls can be used to purchase valuable upgrades which personally made me go out of my way to collect them unlike other games where they feel like a waste of time. The upgrades are especially useful with some of them being almost mandatory for later levels, which made me go back to earlier levels to collect them. Something to note there is an upgrade that shows all the scrolls on screen which I found to be an indispensable upgrade which I’d recommend to get as early as possible.

Argami which started as a student project and developed by a small indie team has definitely proved that you don’t need to be a gigantic team of a 100+ to create a fantastic experience that can rival the best of the best of AAA. The gameplay is tight and responsive as you would need in a stealth game with no issues or complications. Story is engrossing and compelling with a story that gets you to feel for these characters in the short time you spend with them. Visuals are gorgeous that look like a moving painting that is very pleasing to the eyes. I would totally say Aragami is more than worth the price of admission.