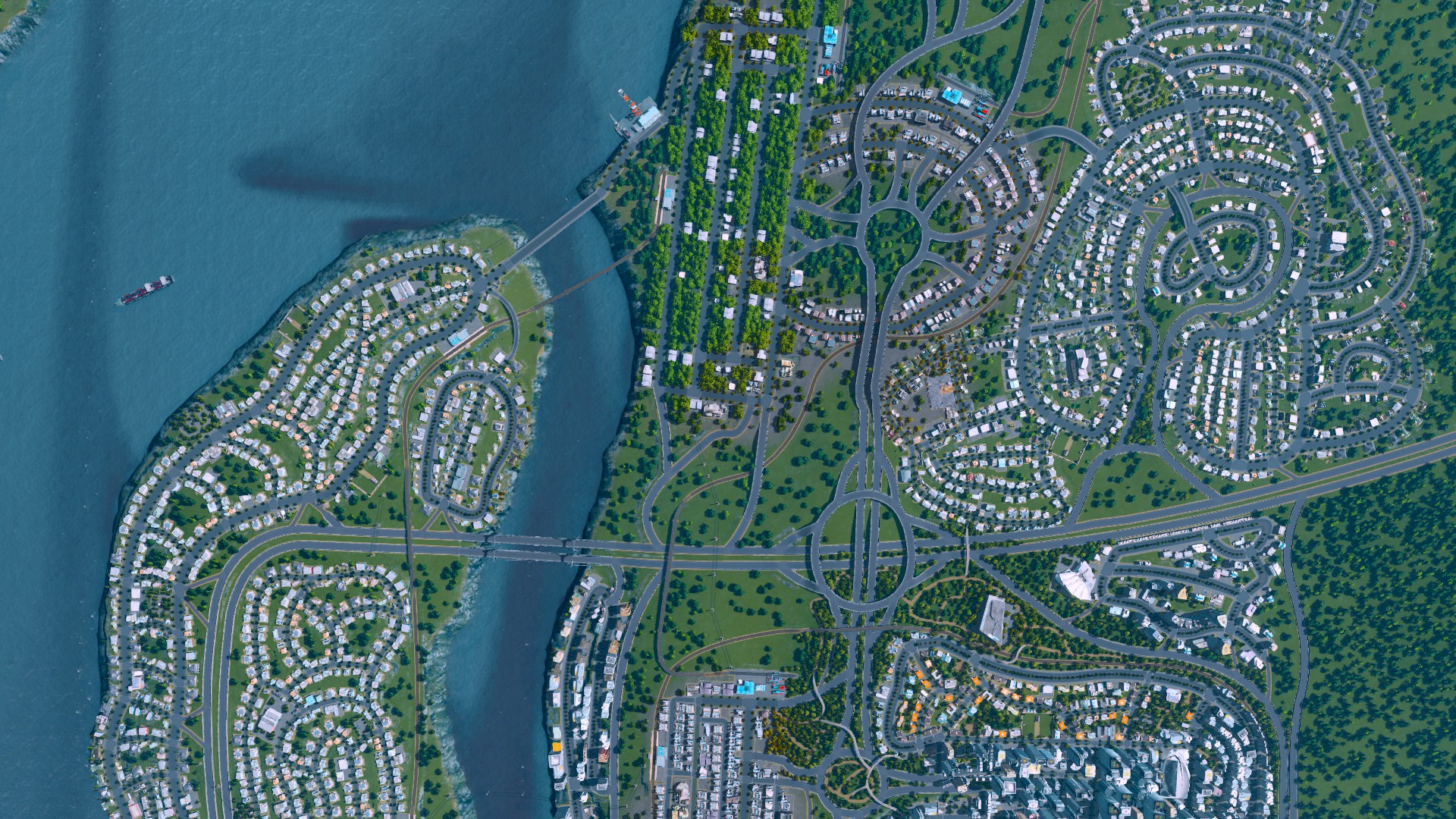 During the late eighties, pop group Starship sang about how they built their city on rock and roll; although I’ve always had my suspicions that they had built it on Maxis’ SimCity instead, as it was released around the same time. However, these days I too can sing about how I built my city, only this time I can build it on the Nintendo Switch. How on earth can you do that? I hear you ask. Well, anyone can do it, with the release of Tantalus Media’s Cities: Skylines, the spiritual successor to Maxis’s title and one that builds upon the success of that franchise.

Published through Paradox Interactive, this city-building sim puts you in the shoes of mayor and, with an empty plot of land in a variety of locations, you begin to lay the foundations for your very own metropolis. It all starts off easily enough, as a tutorial walks you through the process of building roads, erecting houses and supplying them with electricity and water; as well as providing an outsource of sewage wastage, so as not to stink the new residents of your new build out-of-town. Although the game teaches you the basics of building, it never holds your hand tight enough to restrict your freedom, instead allowing you to be as creative as you like with how you plan your design and where you place specific objects.

As well as building, the game also introduces you to another of its elements; the use of zones in determining what is built and where. These zonal areas come in a variety of forms, allowing you to map out placements from residential neighbourhoods to commercial and industrial sites. Whatever zone you plan out, each of them work hand-in-hand, with industrial zones providing employment for the residential zones, as well as creating a sustainable source for commercial properties, which in turn provides everyday essential for the residents. As well as the basic societal functionality of this process, these zones also provide a source of income for you, the mayor, in order to build on what you have started. 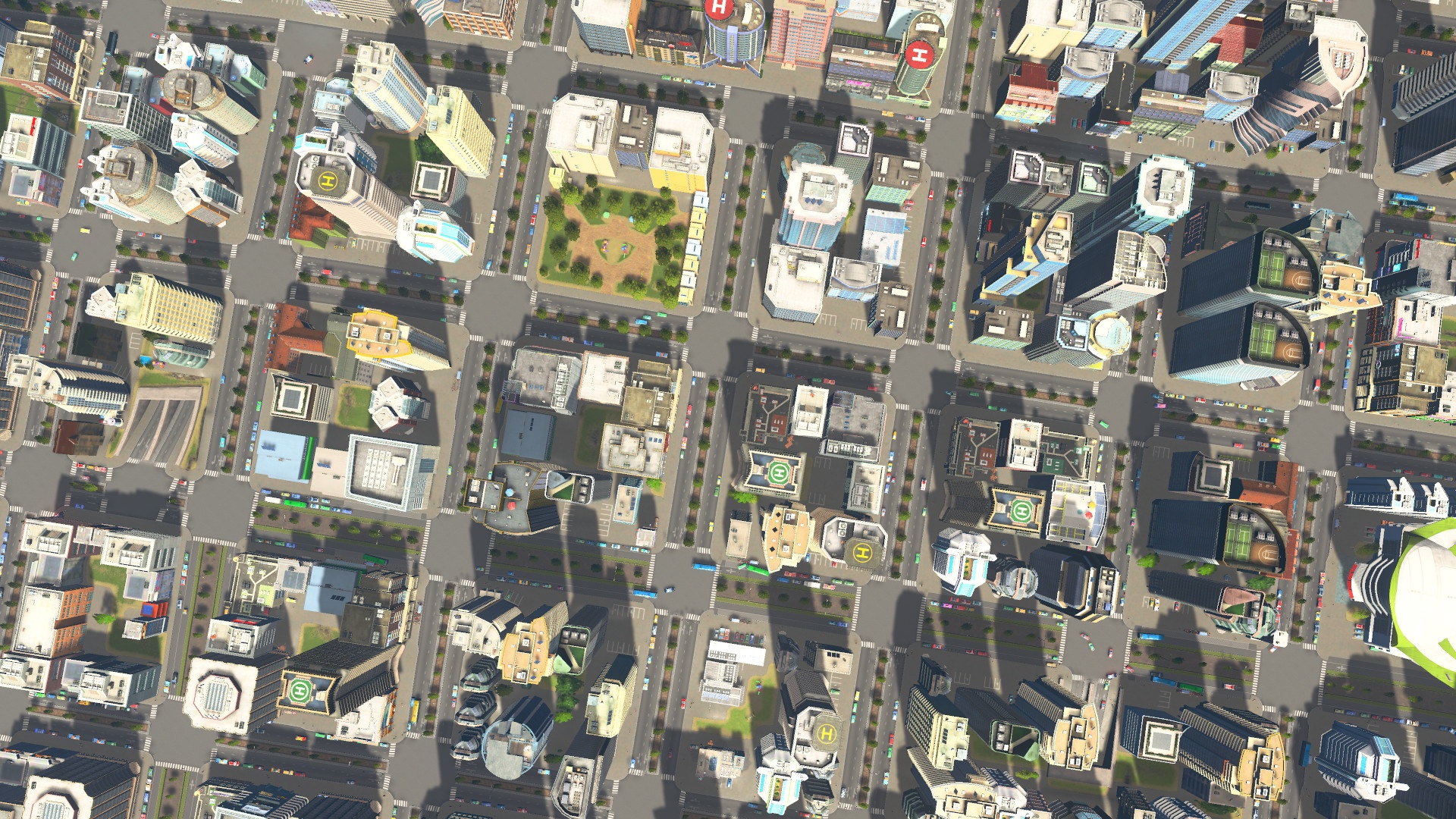 All of this is achieved through the use of a user interface, one that has been specifically designed for the Nintendo Switch in mind. It’s easy to use and follow interface allows you to build with a wealth of options, as well as fine tune specific elements within your growing populace with the use of districts and policies. Much like zones, these districts allow you to create specific boundaries which determine areas from working class to a more desirable, high-end neighbourhood. Policies allow you to determine certain laws, from produce limitations to smoke-free zones. The more you play and the larger your town or city, the more options you open up and the deeper the amount of depth within the gameplay becomes available; allowing you to put in place elements such as tax laws, educational and medical needs, as well as law enforcement and firefighting capabilities.

As well as containing a user-interface that allows you to build, you can also utilise an options wheel that gives you detailed information in regards to the overall state of your city; as well as information regarding various zones, districts and policies. From here you can ascertain if certain areas are at risk from fire hazards, produce too much pollution, both in terms of noise and air quality and that your supply chains of electricity and water are sufficient in supplying the needs of your creation. This depth of gameplay ensures that there is always something to keep you busy, or give you reason to think about what can be improved or prevented in the future; and it’s here, as well as the designing and building of your city, where the charm of this game lies.

As well as the base game, this Switch version of Cities: Skylines also comes bundled with two previously released DLC’s: After Dark and Snowfall. The first of these adds a day and night cycle, as well as a host of entertainment related buildings. It brings a nice touch to the basic premise of the game, changing the face of your creations as the city comes alive with vibrant lights and changes in societal behaviours. The second of these bundled additions brings a healthy sprinkling of the white stuff, snow, as well as trams for transportation and a graphics editor to create a more personal touch. It also calls for a certain level of thinking, with the heating element of your city’s societal needs coming to the fore. Despite a huge level of interaction and monitoring of your city, it’s functions never get to overwhelming and any potential disasters or needs can be easily overcome or solved. In terms of this mechanic, Cities: Skylines is an instantly accessible game that is easy to play, although as it grows, it can become more difficult to master. 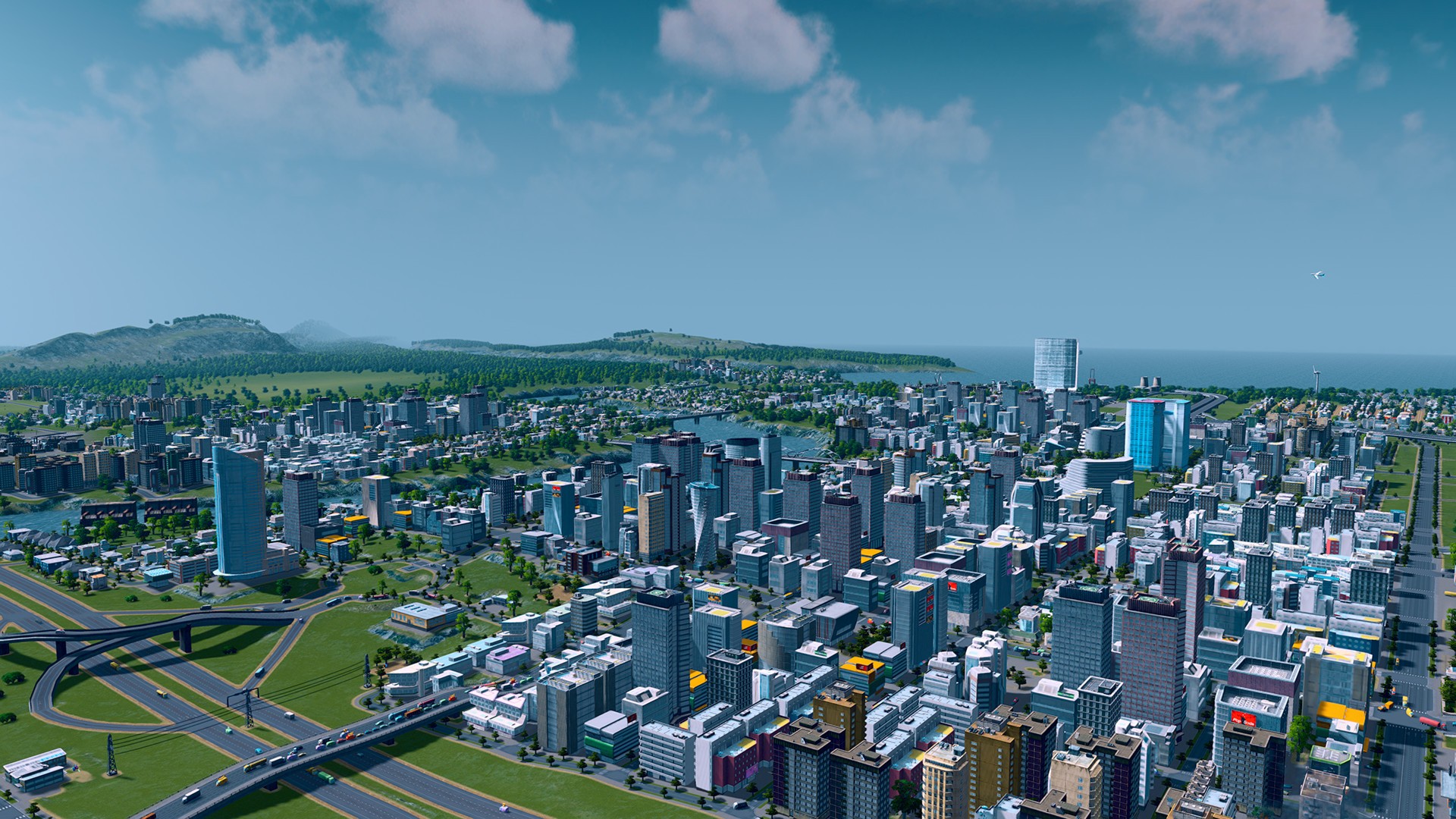 Although the game was originally created for the PC market, previous instalments have also made it to other home console versions. In terms of this, although the interface is generally easy to navigate and understand, the control of placements can sometimes be a bit finicky in their execution. However, should any mistakes be made, or changes need to adjusted, an easy to use bull-dozing facility allows you to make any number of amendments to the specific neighbourhoods, whether it be architectural, zonal repositioning, district locations or policy rethinks. One neat inclusion in this Switch version though, is the ability for the Joy-Con’s HD rumble to come into effect when placing your cursor over a particularly suitable placement for building a specific plant or facility.

There is one place that this Switch version of the game does falter though, and that’s in the technicalities of performance. Starting out is fine, with smaller towns and developing cities, but as you begin to build a huge, sprawling metropolis, the game starts to develop frame-rate issues. Graphically, the game has also been downgraded from say the Xbox and Playstation versions; a mechanic that becomes more noticeable the further you zoom into the ground level and watch daily life go by. However, things need to be taken in context here. After all, the Nintendo Switch was never devised to be a powerhouse of a home console. It’s no different to other ports that have appeared on Nintendo’s console. Doom or Wolfenstein, for example, have downgrades in terms of graphical fidelity and performance, yet as a game, still remain extremely playable. The same also applies here, whilst it might not match the stature of other versions, this still remains an extremely playable game, especially with the Switch’s ability to play the game in a portable fashion.

Overall, Cities: Skylines is a wondrous achievement with its release upon the Nintendo Switch. Despite one or two limitations and some technical issues, this version of the game still retains the same level of charm and playability as previously released version. With the added inclusion of two DLC packs, HD rumble support that actually benefits gameplay and an overhauled UI, this version of the game sits perfectly on the Switch; especially in its handheld mode which performs slightly better than when docked. With a wealth of options and depth that is as deep as any foundations you may lay, plus an unlimited amount of replayability, this is a title that will entertain for months, even years with its never-ending scope of creativity. In short, this is simply another must-own title for Nintendo’s beloved machine.

The city-builder makes a surprise skyline towards the Nintendo Switch, boasting a level of depth that is as deep as any of its foundations.