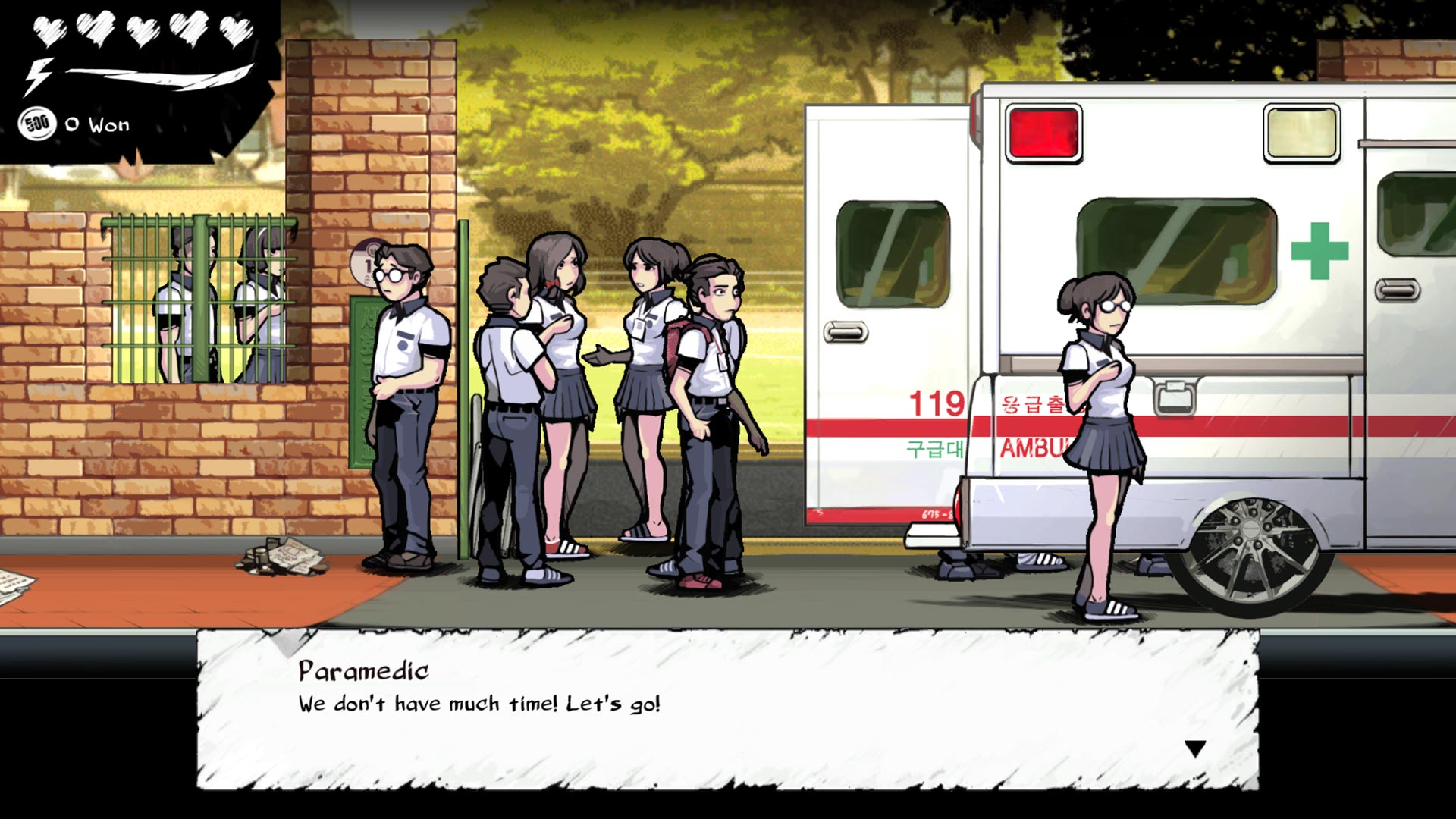 A very thin line separates core horror games, from adventure oriented titles. And that’s because it is incredibly easy to turn a horror title, into a walking simulator, if it is a first-person perspective game, or a point-and-click adventure, if it takes place on a two-dimensional plane. Most commonly, horror titles get derailed due to overreliance on certain features, such as jump scares, limited light sources, and claustrophobic spaces – and 2013’s original Outlast would be the best example of such phenomena, as its overreliance on the above-mentioned features has completely decimated any form of dread and suspense, which the title otherwise had. However, in certain cases horror titles turn into adventure games not because of the existence of certain features, but because of lack of such. And the recently released The Coma: Recut, is the perfect example of a title which theoretically switches genres, due to lacking features.

The Coma: Recut, is a 2D adventure (strike out) horror game, within which you explore a Japanese high school, affected by supernatural beings and/or powers. And just like the majority of 2D console games, The Coma: Recut, features a control scheme which is not just bothersome, but one which is also poorly implemented. Poor implementation of a control scheme, especially in a title such as this, can be truly infuriating, as it disallows one from making snap-actions, as the in-game protagonist can only do one thing at a time, so if you want to hide mid-sprint, or turn your flashlight on while walking – then you are out of luck.

Initially, The Coma: Recut’s control scheme is not that big of an issue, but as the title begins to introduce more and more horror elements, and player is required to run and hide, all its quirks and flaws come to the light of day, and expose it for the sub-par, and clunky, monstrosity that it is. However, many will not have time to worry about the inability to perform multiple actions at once, as they’ll be in shock and awe, after experiencing the ‘’horror’’ elements of the game. Which, well, are comical to say the least. 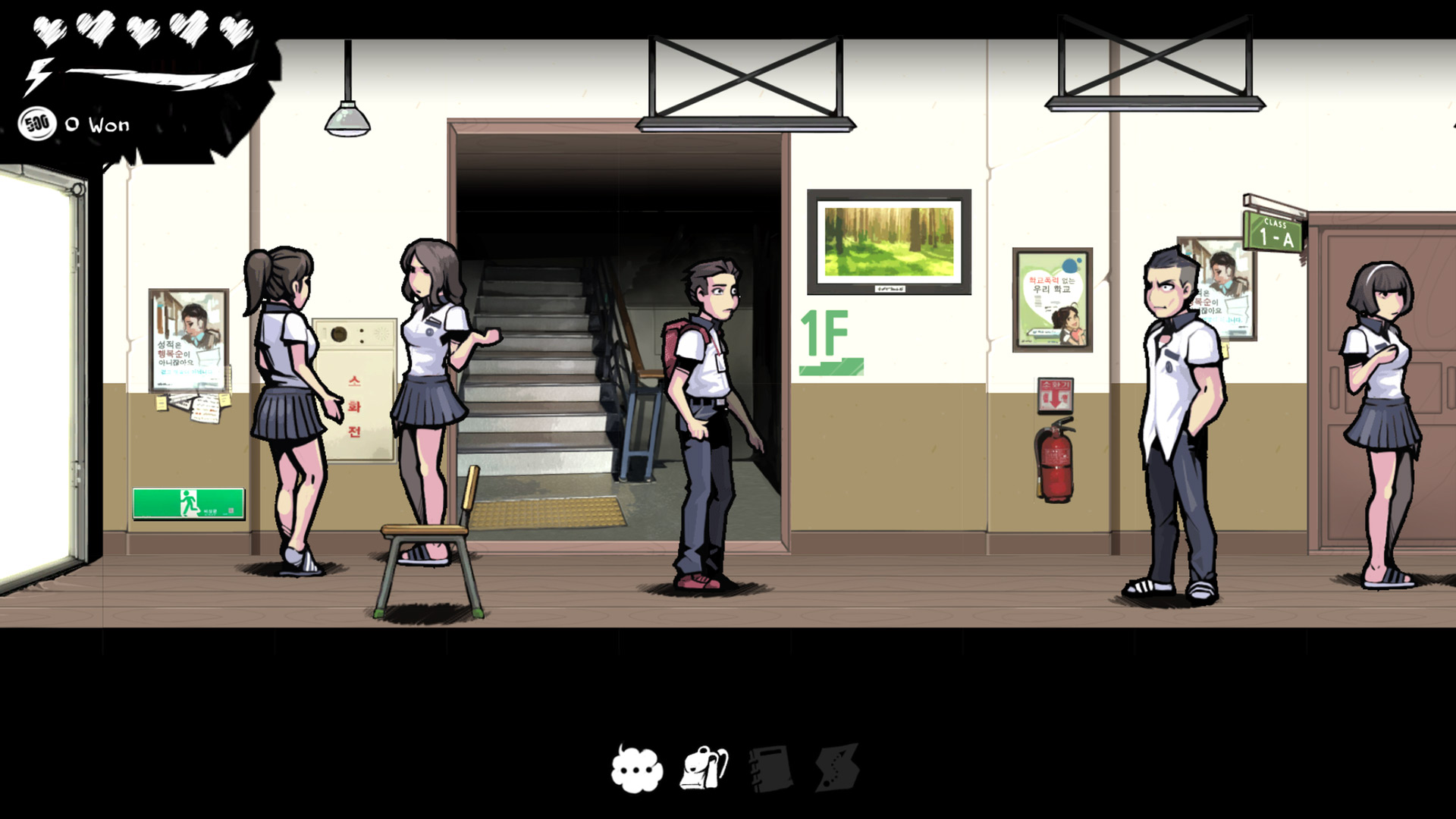 Far Eastern culture doesn’t always translate well to the west. And the fact that out of hundreds of horror films and games which countries such as Japan have produced over the years, only a handful has managed to gain international recognition, really speaks for itself. And The Coma: Recut really highlights all the issues which Asian productions, are commonly riddled with.

Throughout, The Coma: Recut will throw everything it can at the player in order to give him/her an impression of playing a horror game. However, the overwhelming majority of the title’s efforts is ultimately wasted, as it is difficult to imagine that anybody could be scared by a wonky ‘’hentai’’ with dishevelled hair, which is wobbling through a corridor using her comical animation pre-set, which consists of no more than 10 frames. And yes – the in-game environments do resemble a classic horror scenario, but only in part – as the in-game high school is full of spilt blood, broken furniture, and of all things, octopi tentacles.

At no point while playing The Coma: Recut have I ever felt afraid, or even threatened in any way shape or form, as the title at hand is more of an adventure game, than a horror classic. And the developer behind it, has made a clear attempt at trying to instil a sense of dread onto anybody who ever touches The Coma: Recut, but in-game mechanics such as hiding in toilet stalls, and the stamina bar, do much more harm than good. As ultimately, they are a nuisance, and the proverbial final nail The Coma: Recut’s coffin. 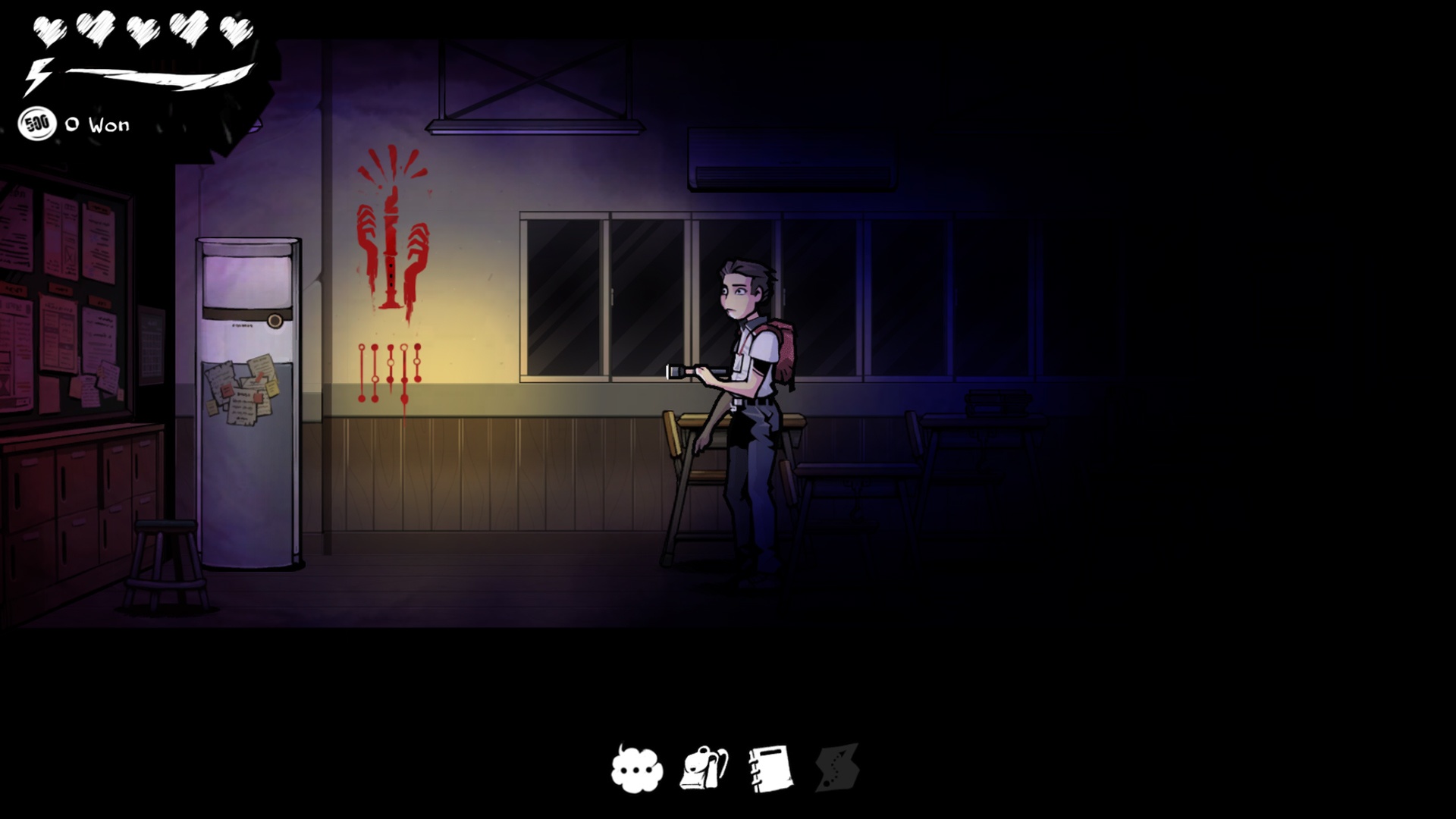 As a work of horror – at least in the West – The Coma: Recut is a complete failure, and some even could find its self-proclamation of ‘horror adventure’ as an affront to the rest of the genre, especially to successful titles such as Outlast 2, or the much more recent observer_. But ultimately, it is not a complete failure, as in reality, The Coma: Recut is a fairly competent adventure game, with a hint of survival-centric elements, which many will surely appreciate. As the modern-day gamers tend to favour Asian productions, even when they are not up to the modern-day standards. But even after one forgives the title its misuse of horror elements, and in some instances, abandonment of such, they will surely not let The Coma: Recut’s technical flaws slip just as easily.

The Coma: Recut is as simple as it gets. But even with its limited repertoire of features, it still possesses a number of technical flaws which may lead some players to the so-called blind fury. And one flaw – which I suspect may be related to the game’s control scheme – completely disallows the player from committing any actions, as each and every input is completely ignored. And the only solution to that issue is to restart the game completely, but due to it lacking auto-save feature, one can lose minutes, if not hours of progress whenever it happens. And unfortunately, this bug occurs fairly often, as it can take place whenever the player leaves a conversation, or a hiding spot.

Ultimately, the loss of progress through the aforementioned glitch is a perfect, and in many ways a poetic metaphor for the game itself. As after the error occurs, and the loss of progress takes place, the player feels like he/she has just played minutes if not hours for nothing. And whenever one is playing The Coma: Recut, he/she – at least for the most part – will feel like he/she has just played for no reason at all, as the title at hand does very little to push the player forwards, or encourage him/her to continue. And if not for the fact that The Coma: Recut costs £7.99 (currently on sale), and many will play it in order to get their money’s worth, then many would have no reason at all to complete it.