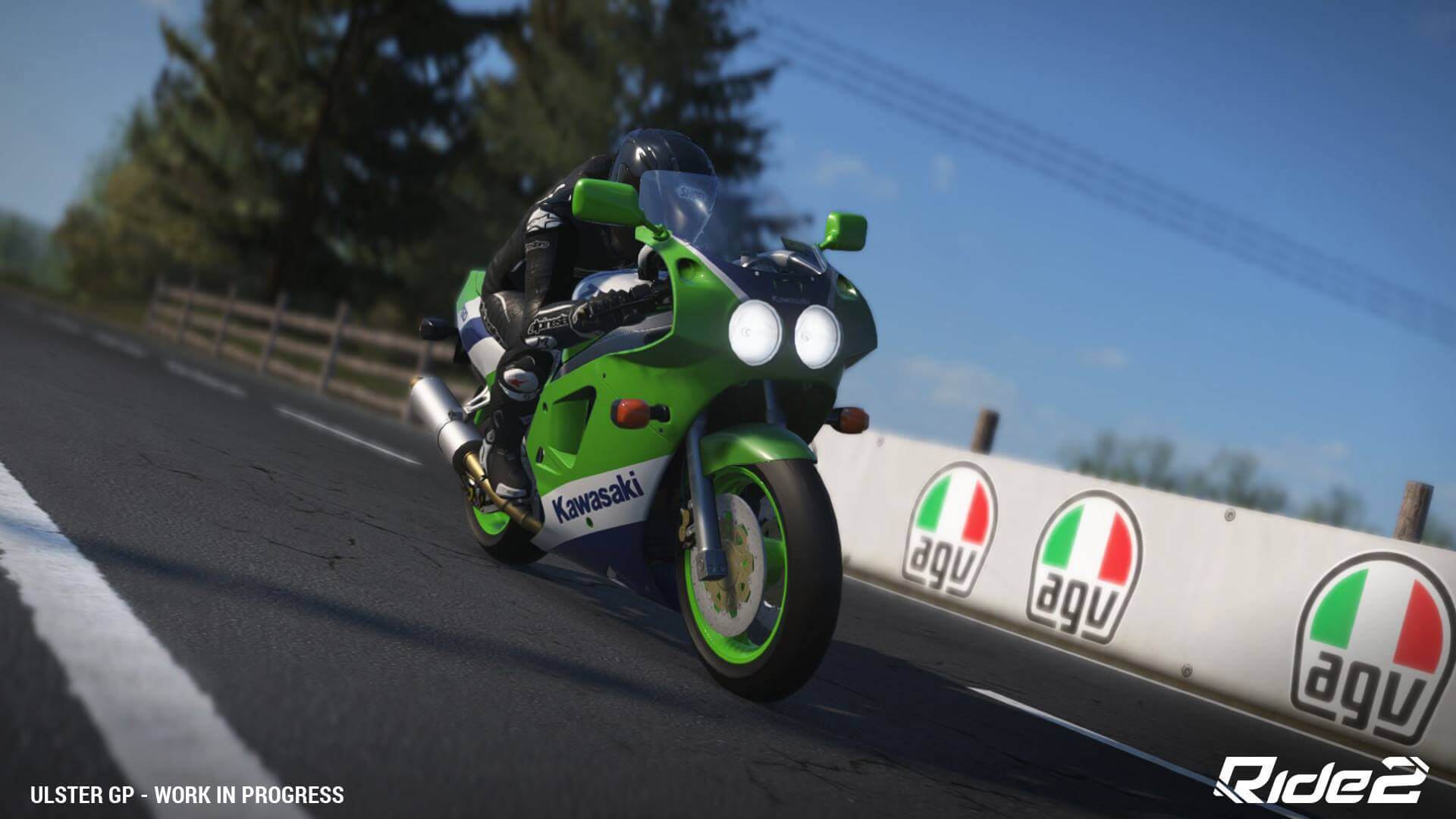 Milestone are becoming something of a two-wheeled specialist; after the flawed but largely enjoyable, Valentino Rossi The Game, the latest game in the long-running MotoGP series, Milestone are back with a quick-fire follow-up to their own Motorcycle simulation with RIDE 2. Despite similarities to the first game in the series (released just a year and a half ago), RIDE 2 improves upon its predecessor in just about every way possible. Some improvements are inevitably more notable than others, but by improving and refining an already solid racer, Milestone have arguably created the definitive motorcycle experience

Saying that, as encyclopaedic as this game might be, as technically superior as it is to its predecessor, its improvements and levels of technical proficiency need to be put into context – as impressive as it is for a two-wheeled racer, it still can’t compete on a visual level with its four-wheeled brethren. That might be a tad unfair given the chasm in budgets between this and the latest Forza, but the fact of the matter is, gamers have become used to a certain level of quality when it comes to racing games, and as good as RIDE 2 may look when judged on its own merits, it simply cannot compete with the visually spectacular likes of Forza or Driveclub. 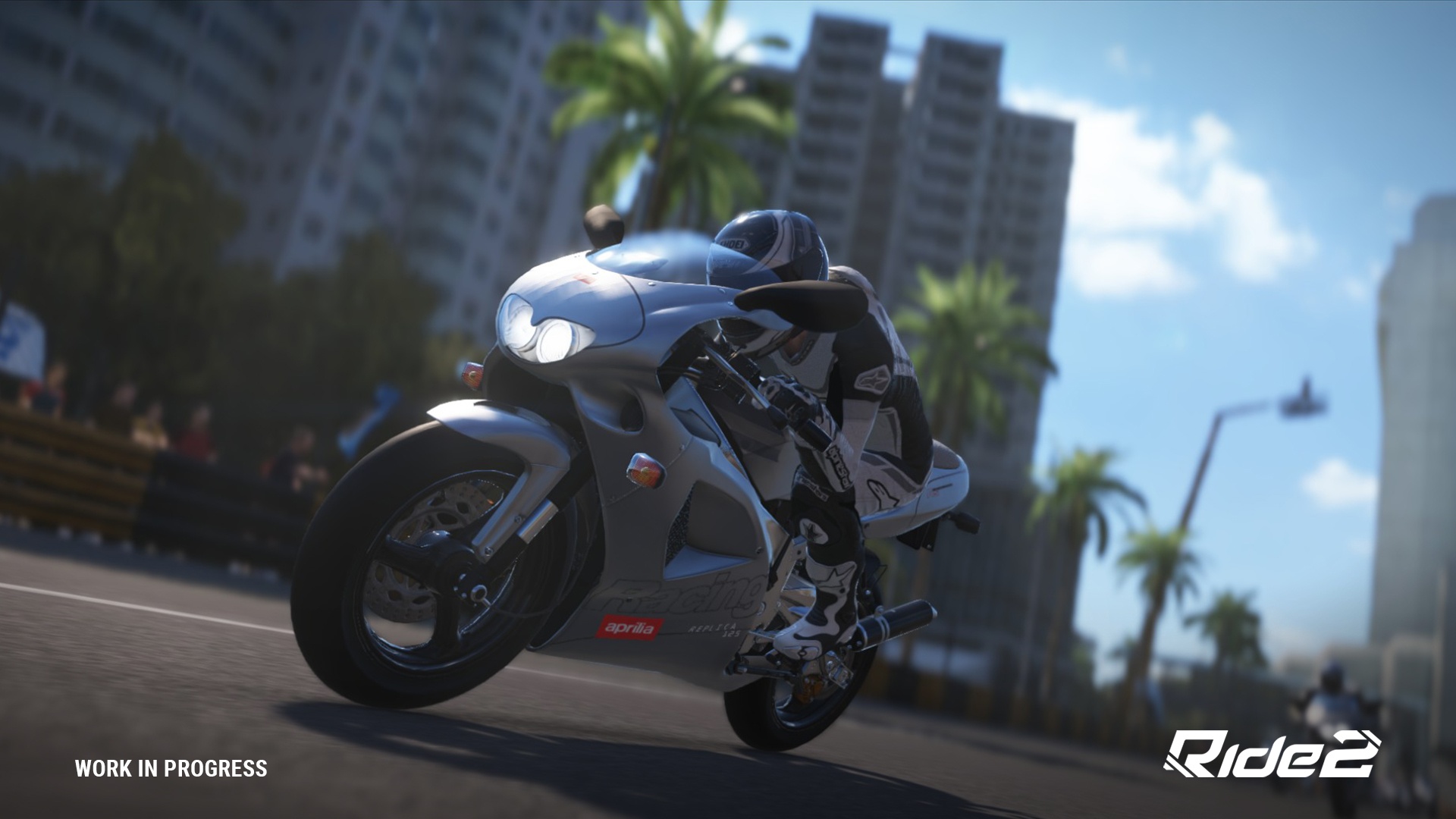 Still, this is for all intents and purposes, a very handsome game, one that, while undoubtedly similar to the original RIDE, has certainly benefitted from superior levels of detail and slicker general presentation. The big improvement however is more of a technical one – the load times, something that was a genuine issue with the first game, have been improved greatly. They are still here, but not only are they noticeably shorted, but they are now accompanied by 360 degree views of the games’ myriad selection of motorcycles and a host of interesting information about each vehicle available. Sure, I’d still prefer no loading times at all, but as it stands, this is a vastly superior option to the sluggish loading times found in the original.

While the locations have been improved across the board with a few impressive new tracks added for good measure, as with any Milestone game, it is once again the bikes that are the undoubted stars of the show. With over 170 bikes in total, the level of detail provided across the board should leave motorcycle fans over the moon. Milestone clearly love what they do and that passion can be seen in the level of care and attention dedicated to each and every vehicle. Of course, some are invariably more useful than others, but for enthusiasts, the chance to ride and collect many of these motorcycles will be half of the fun.

Out on the track, things are equally impressive. As fans have come to expect, the level of challenge is completely down to your own personal taste. Whether it be visual assists or simplified handling, RIDE 2 is as hard or as easy as you want it to be. Far from a pro, I was happy to simplify the handling after running off into the gravel on the first corner of any note. This, along with a much welcomed rewind system allows players such as myself to ease into the experience and the decidedly unforgiving world of two-wheeled racing. I took off assists as I progressed, but being able to build the experience around your own skill level makes this much more accessible than it might have otherwise been. 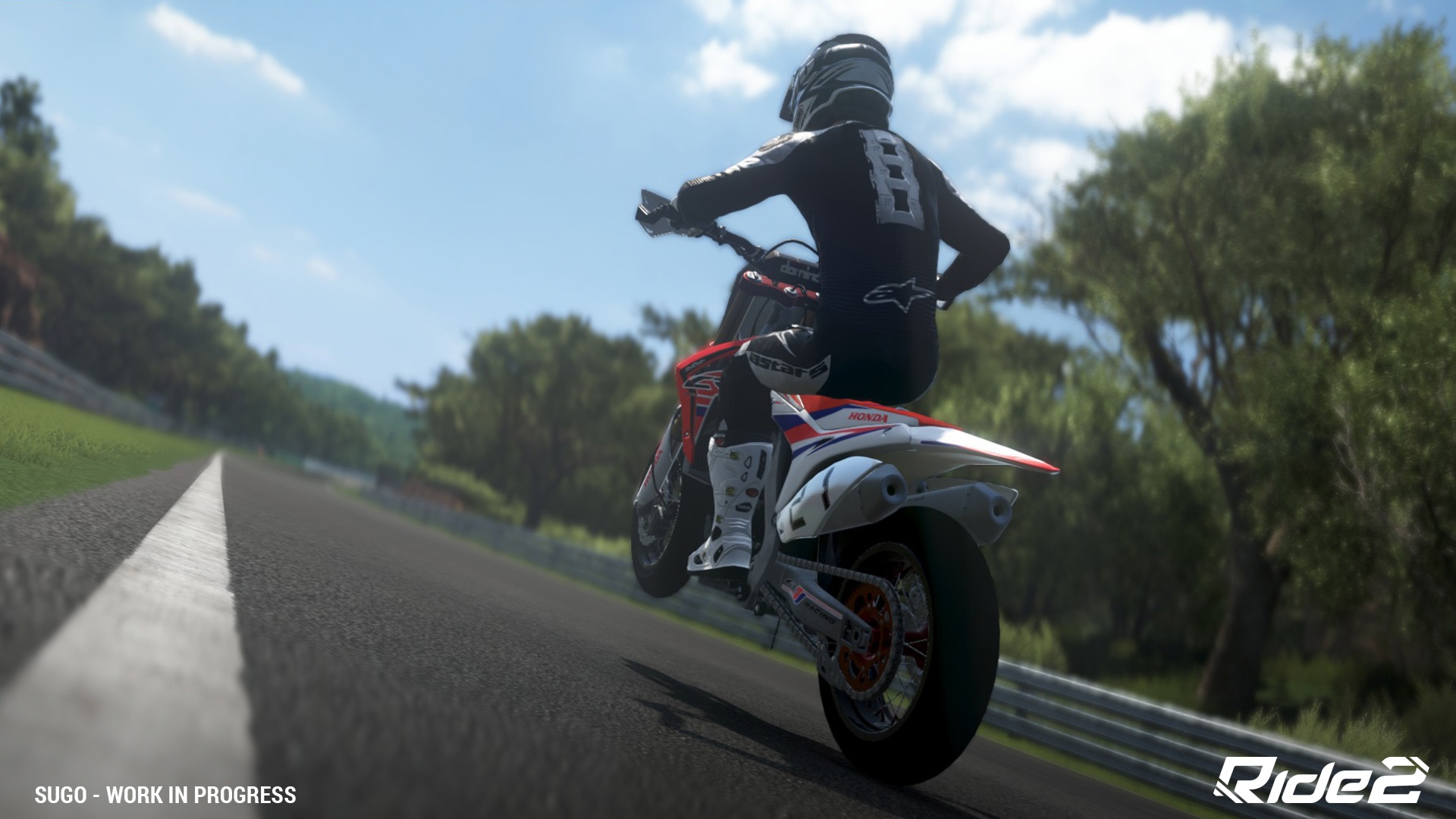 In terms of actual content, it’s actually much the same as last year. There are the usual array of basic single player events with the online options once again proving solid rather than spectacular. Bots helpfully fill in any blank spaces on start grid, but don’t expect the kind of committed community one might find in the latest Forza Motorsport. It’s all decent enough, but it’s the games’ primary World Tour mode that is likely to take up most of your time. Starting off from a world ranking of 301, you’ll need to win an array of races to unlock and purchase the wide variery of bikes required to attain the reputation points needed to make your way up the leaderboard. This mode doesn’t do anything you haven’t seen elsewhere, and it does lack the personal touch provided by the more personal, Valentino Rossi experience, but what is here is handled well, and with a decent selection of challenges that include an array of unique objectives, there is plenty for hardcore fans and more casual observers to get their teeth into.

It might not be a technical powerhouse, but the attention to detail and clear love for two-wheeled motorsport elevates the entire experience and ultimately makes RIDE 2 more than the sum of its individual parts. It’s a shame that it lacks a single player experience comparable to that of Milestone’s other motorcycle franchise, but what is here is nothing if not dependably solid, and with a host of  options for customising both your bike and your gameplay experience, RIDE 2 delivers a game that will please the hardcore without alienating the more casual fans of the sport.