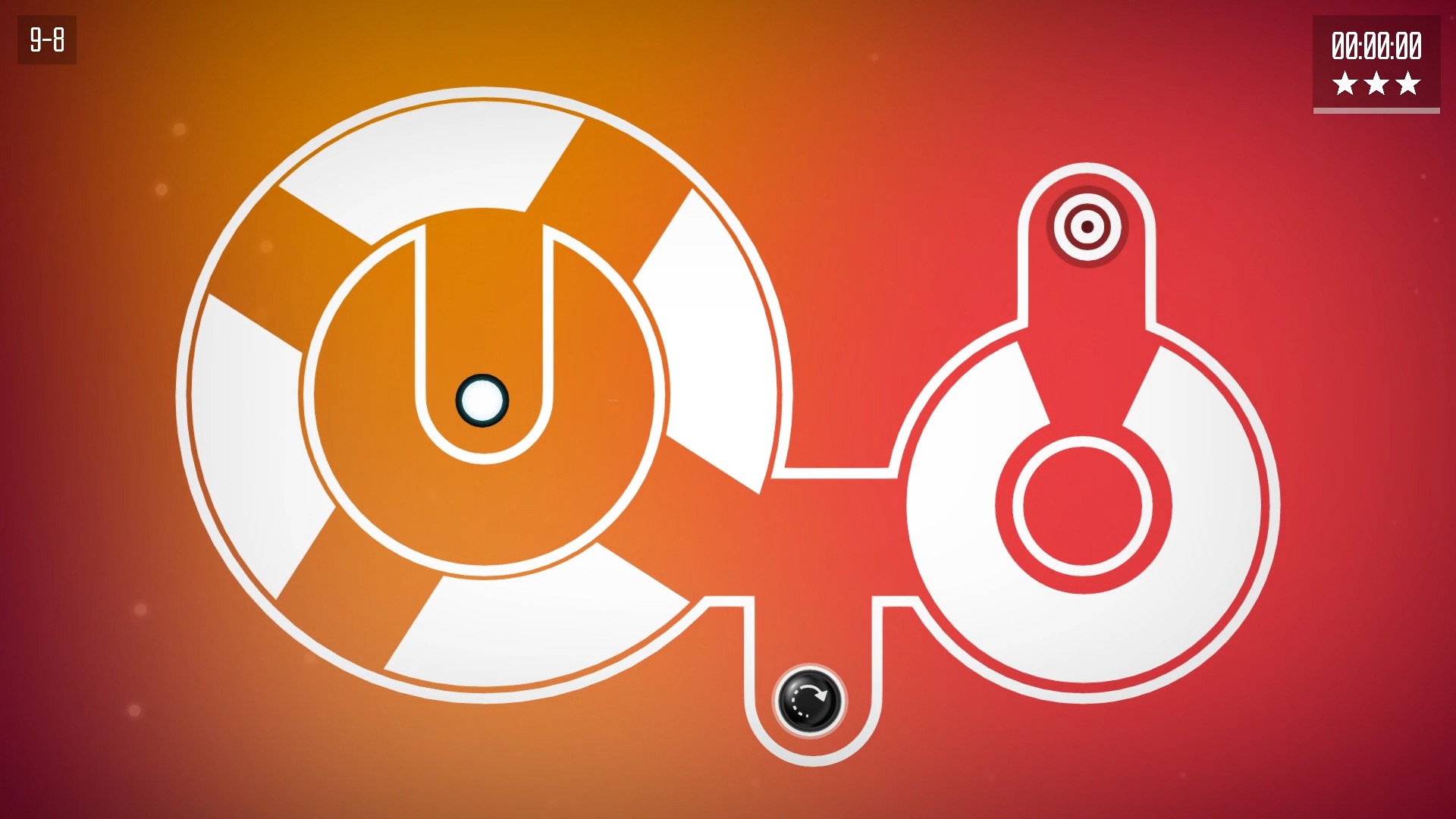 Do you remember those electronic buzzer games where you have to carefully move a metal ring on a handle along a wire without the two coming into contact? Spiral Splatter is essentially the digital equivalent of those. It’s a test of carful precision and accuracy where you have to navigate a disc along a sequence of courses without bumping into any obstacles.

‘Spiral Splatter’ is split into 11 stages, each containing between six and a dozen courses each. The early stages are very straight forward and simply involve navigating the disk around a narrow track to an exit. However, with each new stage a new element is introduced such as moving walls, switches, portals, laser beams, turrets, etc. The later stages are the most complicated and involve a mixture of all the elements you’ve encountered throughout the game.

Whenever your disc touches an obstacle it ‘splats’ and you have to begin the stage over. Respawns happen pretty much instantly since you’re likely to fail frequently and often (think Super Meat Boy). Since stages are so short it never really gets frustrating, even after dying dozens of times in a single stage. Not only do you have unlimited lives but some stages also contain checkpoints which help to provide a little relief. 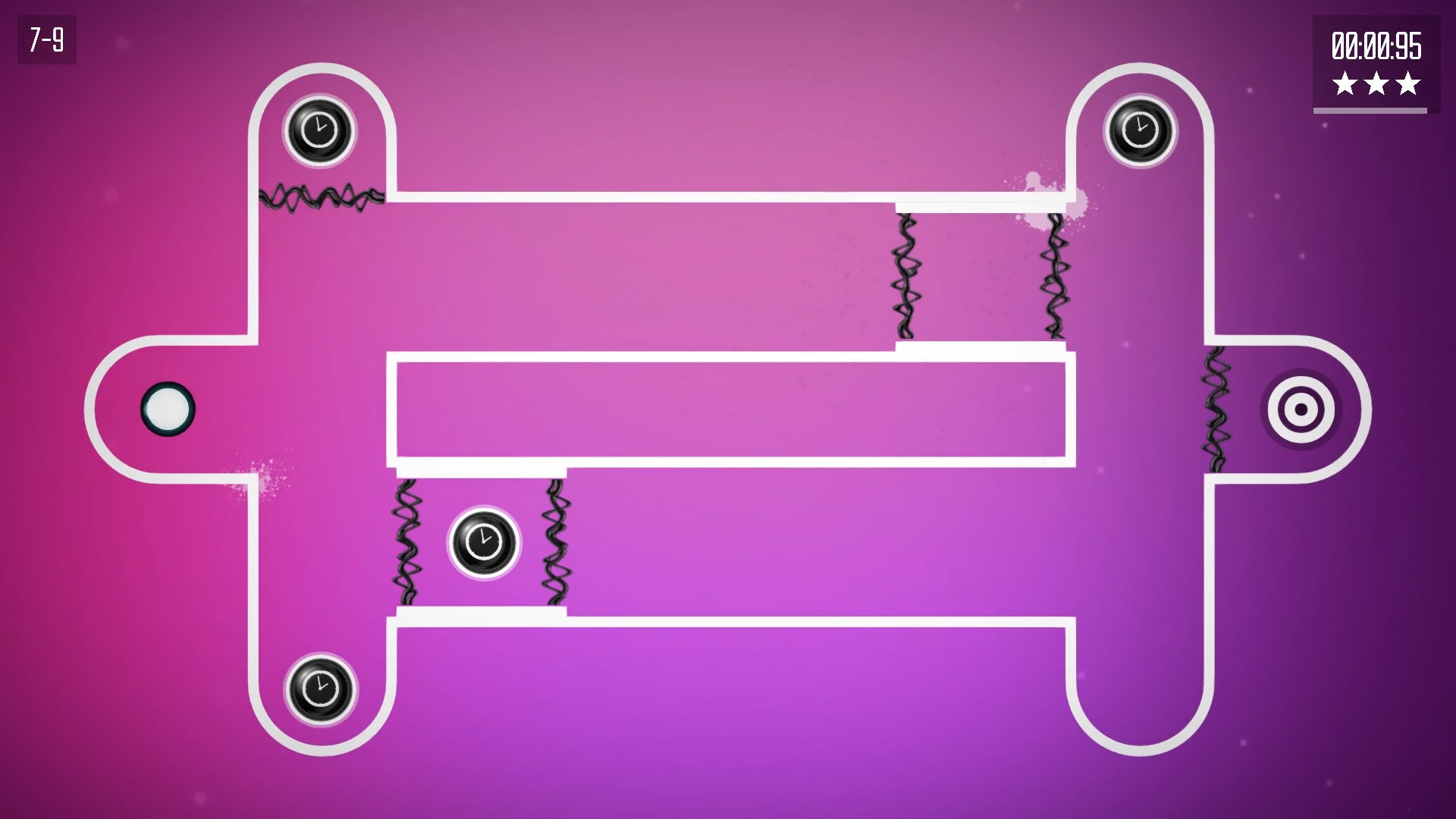 Progress is made using a star based rating system. When you start the game only the first stage is available to play. All of the additional stages require stars in order to unlock them. With each course you complete you can earn up to 3 stars based on the speed at which you completed it. Providing that you do not perform consistently slowly, you should be able to unlock all of the stages progressively with little to no need to backtrack.

The controls are very simple. You move the disc around the course with either the analogue stick or the D-Pad. I mostly used the analogue stick for accuracy, although I occasionally switched to the pad on straight paths in order to shave a few seconds off my times. You travel at two speeds. A slow and steady pace by default, or a slightly faster pace when you hold down ‘X’. It’s a shame that the speed isn’t tied to the analogue trigger as this could allow the player the subtly adjust their speed as they see fit (eg. slowing slightly around tighter bends), rather than just a straight choice between slow and fast.

The art style is clean and minimalistic. The backgrounds consist of subtly pulsating colored gradients with the foreground objects being made up of clean and solid white vectors. Since this is a simple game of few assets, there is no need for anything more complicated than this. It may not look particularly special, but it’s ascetically pleasing. 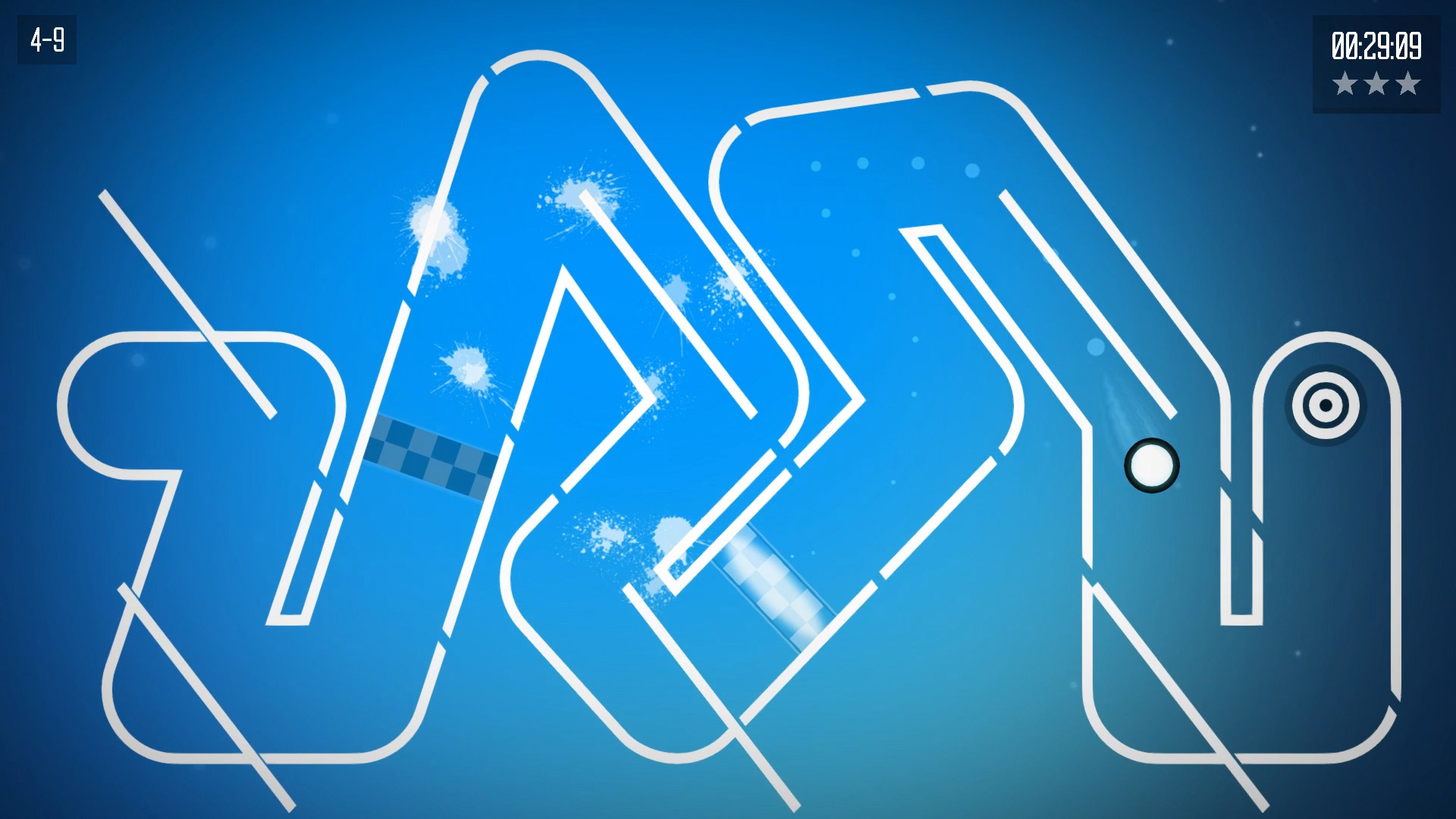 Overall ‘Spiral Splatter’ is a relatively short game. I still need to go back to the stages that I failed to achieve all three stars on, so there is still a little replay value to be had. However, I was able to beat ever course within a couple of hours. I also apparently died over 500 times within my play through, which is actually impressive considering that it didn’t feel as if I played that badly.

If my experience, coupled with the trophy stats are anything to go by, this isn’t a particularly challenging game. If (like me) you’re a sucker for some easy Playstation trophies and need a cheap game to give your score a nice boost then I can highly recommend this title. However, if you’re after a fun or interesting game then you are unlikely to find it here.

All things considered, Spiral Splatter is an incredibly bland game with very little substance to offer. It’s stable and runs smoothly, but that’s hardly an achievement for such a simple construct. It doesn’t really have any original or redeeming qualities. Even the most casual of gamers won’t have to look far to find something more interesting to kill a few stray hours. If you’re looking for some shovelware to enhance your gamer score then look no further, outside of that this is probably worth passing up.