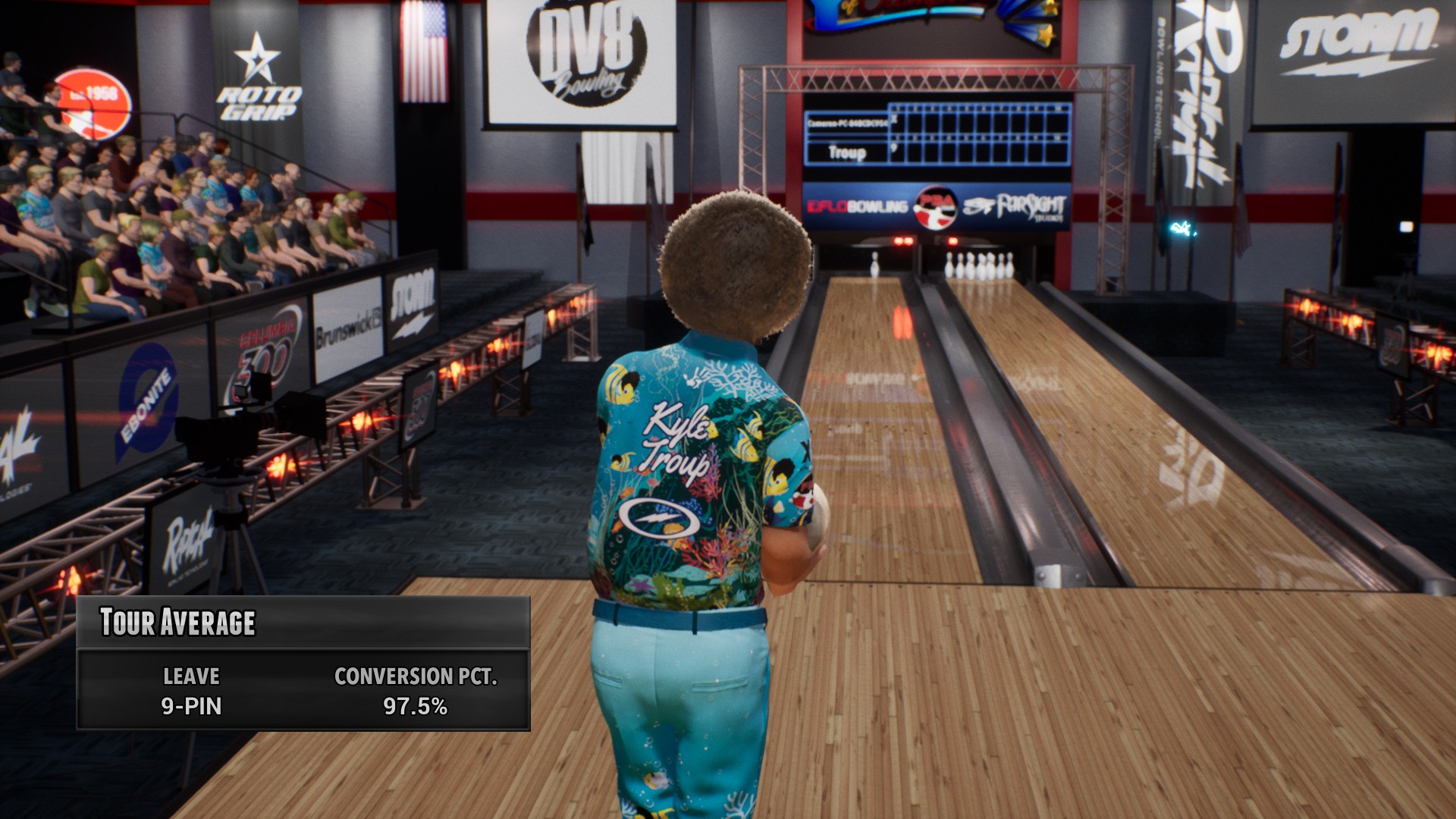 PBA Pro Bowling, the first fully licensed bowling game since Brunswick Pro Bowling. Developed by Far Sight Studios, they have attempted to sneak into the sports gaming market and disturb the traditional top 3 of Football, Basketball and American football.

The game is split nicely into 2 game modes- a pickup and play arcade that allows for 3 power shot bowling balls. These give a special effect, once used you have to wait for a cooling down period of 30 minutes, or you can utilise your golden pins (one of the in-game currencies) to recharge them and have instant use again. The second mode is traditional simulation play, this allows for realistic game play. Both modes can be used for the full tournament play and can be changed at any point.

As already mentioned there is a form of in-game currency, this is used mainly to purchase balls that have been unlocked as you level up, the currency is golden pins and tickets. Both can be earned simply by completing challenges and tournaments. I found I saved the golden pins as those are used heavily in the arcade mode.

When I started playing I was worried that the gameplay would be slow paced, but the tournaments allow you just to focus on your frame, meaning each session is usually 5 to 10 minutes long at most, the exception to this is if you are in a knockout round of a competition. The negative I found in this model was I was unable to view my competitors score cards, this was extremely frustrating as I couldn’t tell if I was leading the tournament.

The controls are easy to master and allow you to work out a technique that is successful and repeat it, however there is no tutorial mode. This means you do not know how the AI pro players hook and draw the ball to achieve that perfect strike. If I was willing to experiment a lot I may have been able to stumble across the correct method, but with no on-screen guidance, I couldn’t tell if my adjustments to my technique were implemented correctly.

You have the ability to apply spin to the ball once it leaves your hand, this was helpful as it did save me an awful lot of gutter balls, but it also took away from the realism as bowlers do not have the ability of telekinesis, or at least that is my understanding. I believe a guidance ark for beginners would have been helpful with the ability to gradually remove it as your skills and confidence grew. 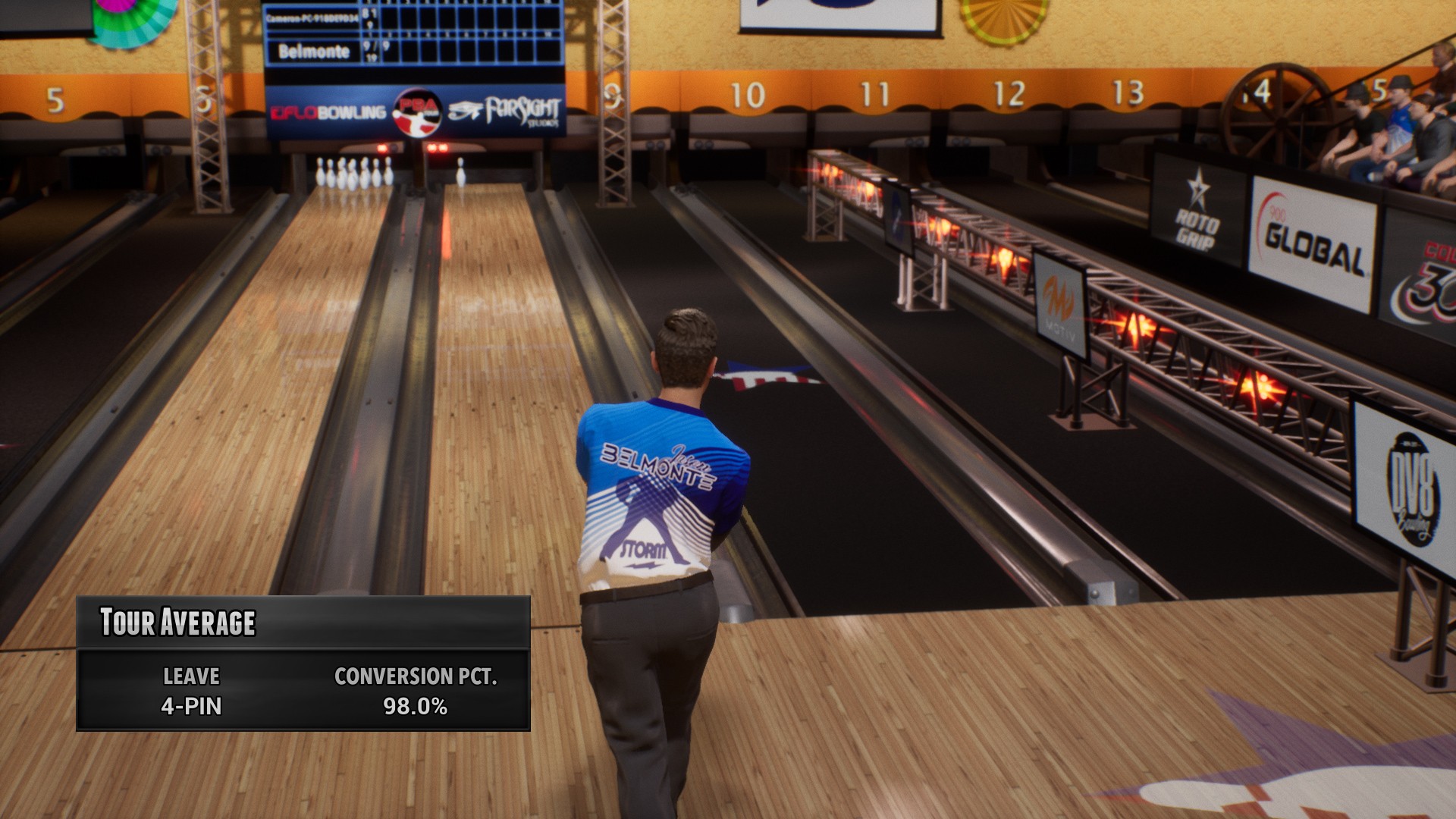 Scoring approximately 200 pins a game is not unachievable for anyone picking the game up which sounds great, however, when you compete against the pro players they score 260 to 270 regularly. Meaning progress in the game and tournament stops very quickly. At this point you either forget the cups and play for fun, or you are practising until something works out, I chose option A. With no guidance I couldn’t improve.

Far Sight Studios missed a massive opportunity to extend the longevity of the game. If they had recorded the pros teaching players the basic mechanics in cinematic, and then implemented skill and mini games to practice these skills it would have added another game mode, competition among friends and the ability to polish the skills required to compete at the end game. They could have also added a calendar career mode similar to that from EA games where the opportunity to play exhibition games and mini challenges are available. This would have the player focusing on completing challenges and wanting to return to fill their trophy cabinet.

There are some nice in game movement physics, and the balls available have different pace or movement effects depending on the lacquers and coatings used.

Commentary is provided by Rob Stone and Randy Pedersen. This added to the realistic nature of the game simulation, the running commentary on how you are progressing kept me engaged within the game, and the statistic element helped me to not be too disheartened when I failed miserably. The crowds ambient sounds are good, and encourage you that you have entertained them, it’s a pity that the sounds and graphics are at odds with one another as the crowd appears very static and repetitive.

Graphically, it’s colourful and brings the entertainment factor that the developers have pushed throughout, character modelling feels dated and would comfortably fit in with an EA title released in 2017. The details around the lanes are a little rough around the edges, but the player movement is smooth if not a little repetitive. The pros are identifiable and anyone who follows the bowling scene will recognise their favourite bowlers. 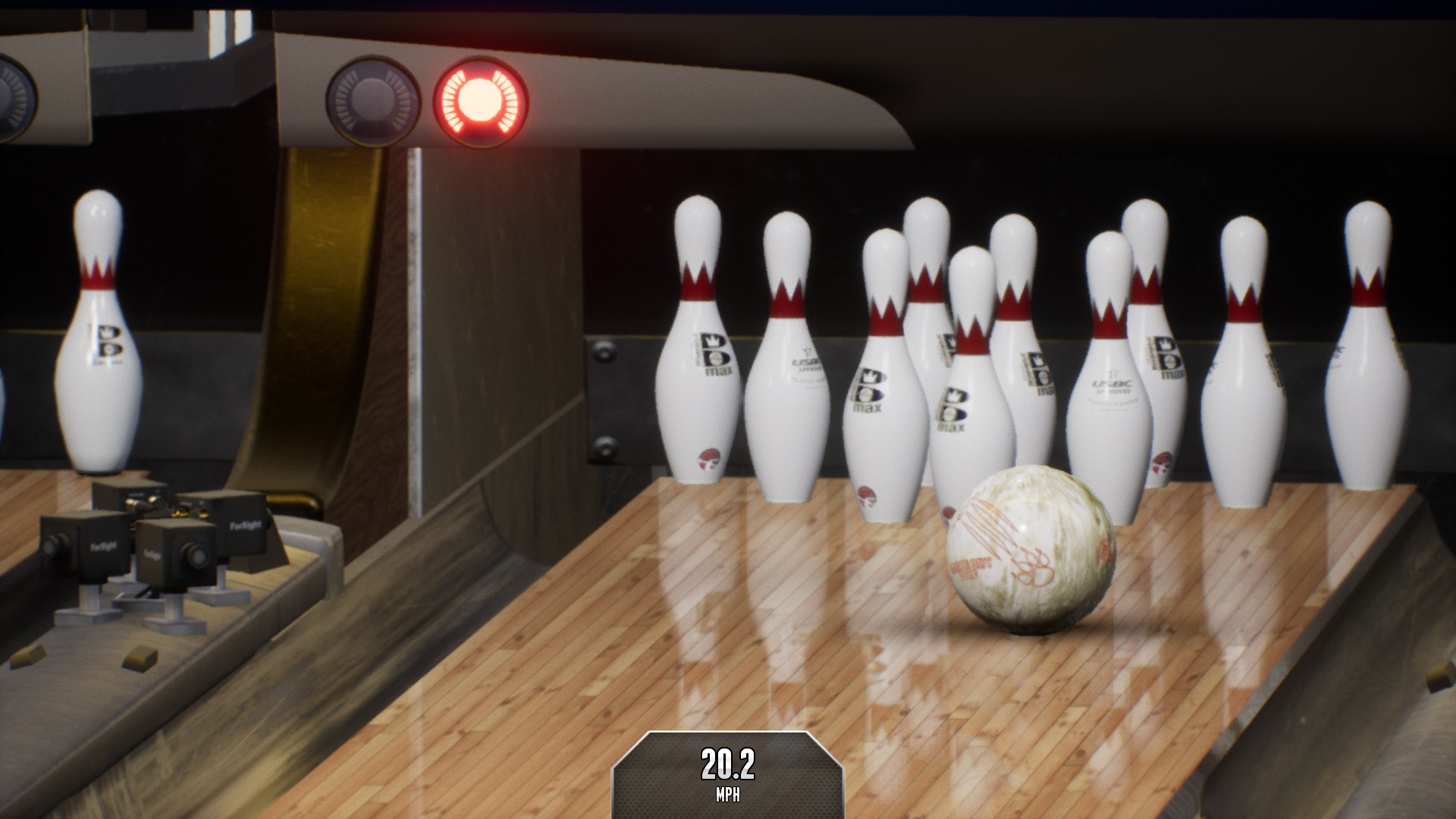 The game is unfortunately not entirely polished and I noticed a number of glitches whilst playing, none of them game breaking but certainly worth noting. When the AI bowler releases the ball wide of the lane, the cinematic shows the ball clipping the edge of the alley, but it neither stops the ball or impacts the arc of the action. The second glitch involved my ball selection, a number of times the balls would change without selection, this stopped the flow of the frame whilst you manually selected the ball you wanted.

PBA Pro Bowling is a nice addition to the sports genre and will be welcomed with open arms by the many fans it attracts. The slightly dated graphics and almost impossible end game will have the casual gamer think twice about purchasing it. If the developers were to add a tutorial mode I believe the game would be much more appealing. Would I recommend the game in its current build? Yes, I would, I believe the price point at around £20 is just right. A fun, if not challenging solo experience, and a competitive couch multiplayer experience with friends.

A bowling game that will make you feel like a pro on the tour, grab your ball and strike your way to victory.

Lots of balls to choose from.
Each ball has its own attributes.
Fully licensed.
Great commentary.

Slightly dated graphics.
No guidance on how to perfect draw and hook technique.
No career mode.