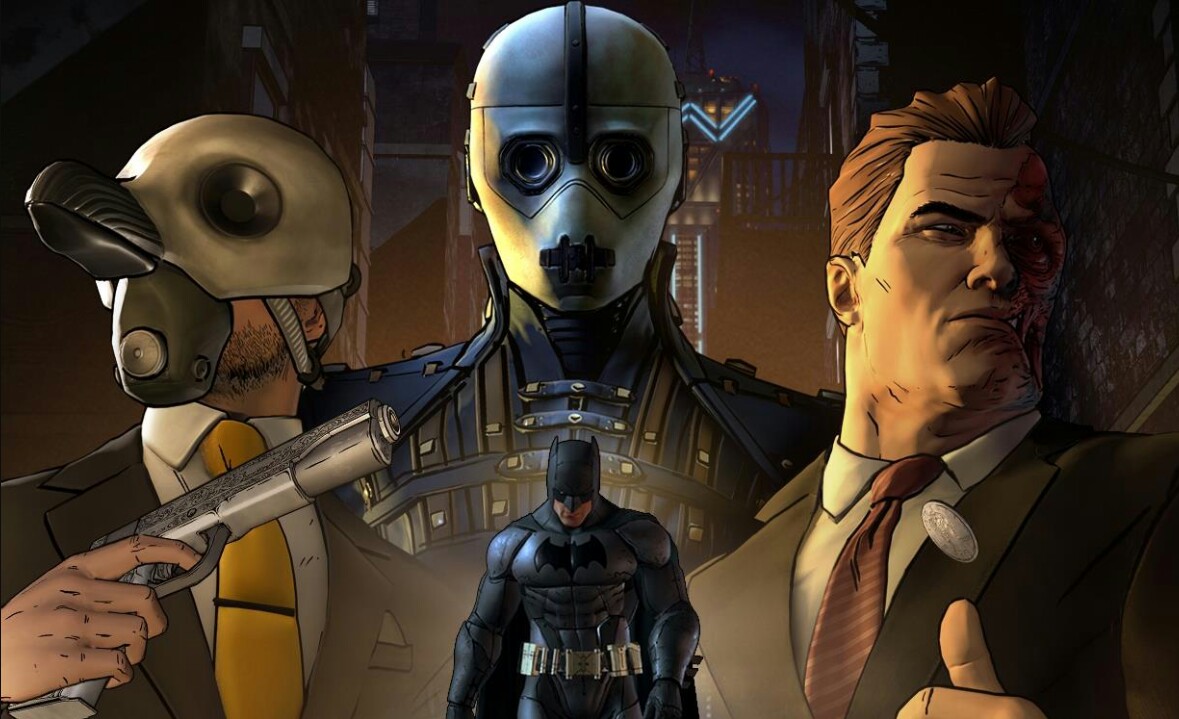 The first two episodes of the series gave us the more serious, political, and brutal detective side the vigilant dark knight as well as allowing us to get ourselves familiar with the already, yet not so familiar characters of the batman series; however, episode 3: New World Order tones down the intensity of the and drama of the Wayne’s family just enough to give you a chance to cope and observe the issues that are happening outside of the that while still reaming pure to the story and not forget about it entirely.

Backtracking to Children Of Arkham — depending on which character you chose to save in the end — determines on whether or not you get the still hansom looking Harvey Dent, or the horrendous melted faced Harvey Dent that you know as 2-Face. Despite the outcome, in the midpoint of the series all the focus is more revolved on Dents uncontrollable mental rage, as well as Bruce’s urge to uncover who is behind the Children Of Arkham while trying to accept the fact that he might lose his own company in the process. Episode 3 even goes a step further and takes you deep into the life of the worlds greatest cat burglar where things go good before they quickly take a turn for the worse. It’s a nice addition the story as it really slows down and you almost forget that Bruce also has a sentimental/romantic side to him, and not just a vigilante who brutality beats criminals at night. Telltale games really acknowledges the fact that these characters, even with the world ending (metaphorically speaking), are still humans with emotions, and that this is indeed a Telltale game and not an action-pack Arkham game.

This episode is more of a stabled build up than anything else, but it is still just as exciting, and suspenseful as the previous episodes as most sequences throw you in the option of once again picking between two people to save, and even trying to be the man trapped in closet between Selena and Dent — and yes it does get intensely suspenseful — so don’t be alarm, you’ll still fell tailored to the drama. Though the episode takes a step back away from the serious plot of the story, it still ties it together in such a way that still makes it relevant without jamming it that feels like it being forced down your throat. As a whole, New World Order is relatively short, but despite its length it does excel with character development that will of course overlap to the additional episodes to come, not to mention the jaw dropping twist of an ending that will leave in a bit of a shock as the episode comes to a close.

Not much can be said and done about for this episode though it does take a darker turner towards mid-end, but it’s not a total waste. “Guardian of Gotham” is set to release the coming and when it does, everything will slowly fall into place making more sense than ever.