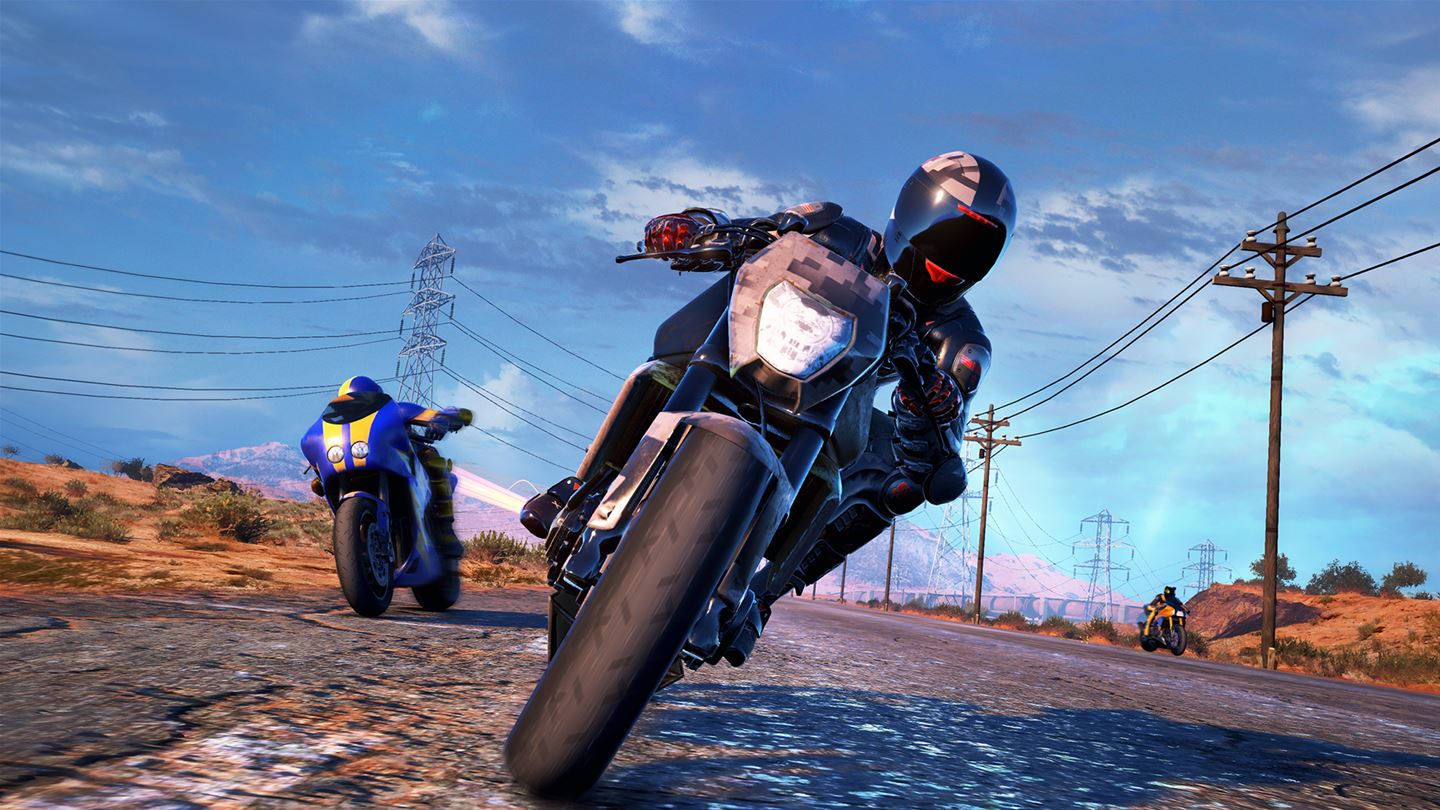 Can a video game be fundamentally terrible and yet still enjoyable? There are plenty of movies out there in the ‘so good that they’re bad’ category, but due to the interactive nature of the medium and the importance of solid mechanics, such examples are harder to find in the video game industry – Artefacts Studios’ largely terrible but oddly enjoyable, Moto Racer 4 is one of those rare examples. The visuals are inconsistent, the handling is awkward, it’s buggy and it’s imbalanced, but despite the myriad of issues, the kind that would immediately sink the vast majority of other video games, Moto Racer 4 manages to overcome this litany of technical problems and poor design choices to be, well…..kind of enjoyable.

Yes, Moto Racer 4 is not a great game, and while I would never suggest that anyone rush out to pick it up, I can honestly say that, despite my better judgement, I did kind of enjoy it. I say ‘kind of’ as there are moments of horrendous infuriation, but you know what, I kept playing….and playing….and playing. I appreciate that I had to for the review, but at no point did this feel like a slog – review or not, I was playing this game because I wanted to.

Perhaps it’s the arcade sensibilities that won me over. Sure, we have Need for Speed (most years) and Forza Horizon to scratch that arcade racer itch, but come on, as great as they are (and they are great), they’re not arcade racers in the traditional sense – they’re modern day, all singing, all dancing racers with slightly ‘arcadey’ handling. No, Moto Racer 4 is a proper arcade racer ala Burnout before it went all Paradise on us – closed tracks, star-based challenges, basic design. This is an arcade racer in the more traditional sense of the term, and perhaps that, above all else, is why I have found myself in such an oddly forgiving mood. 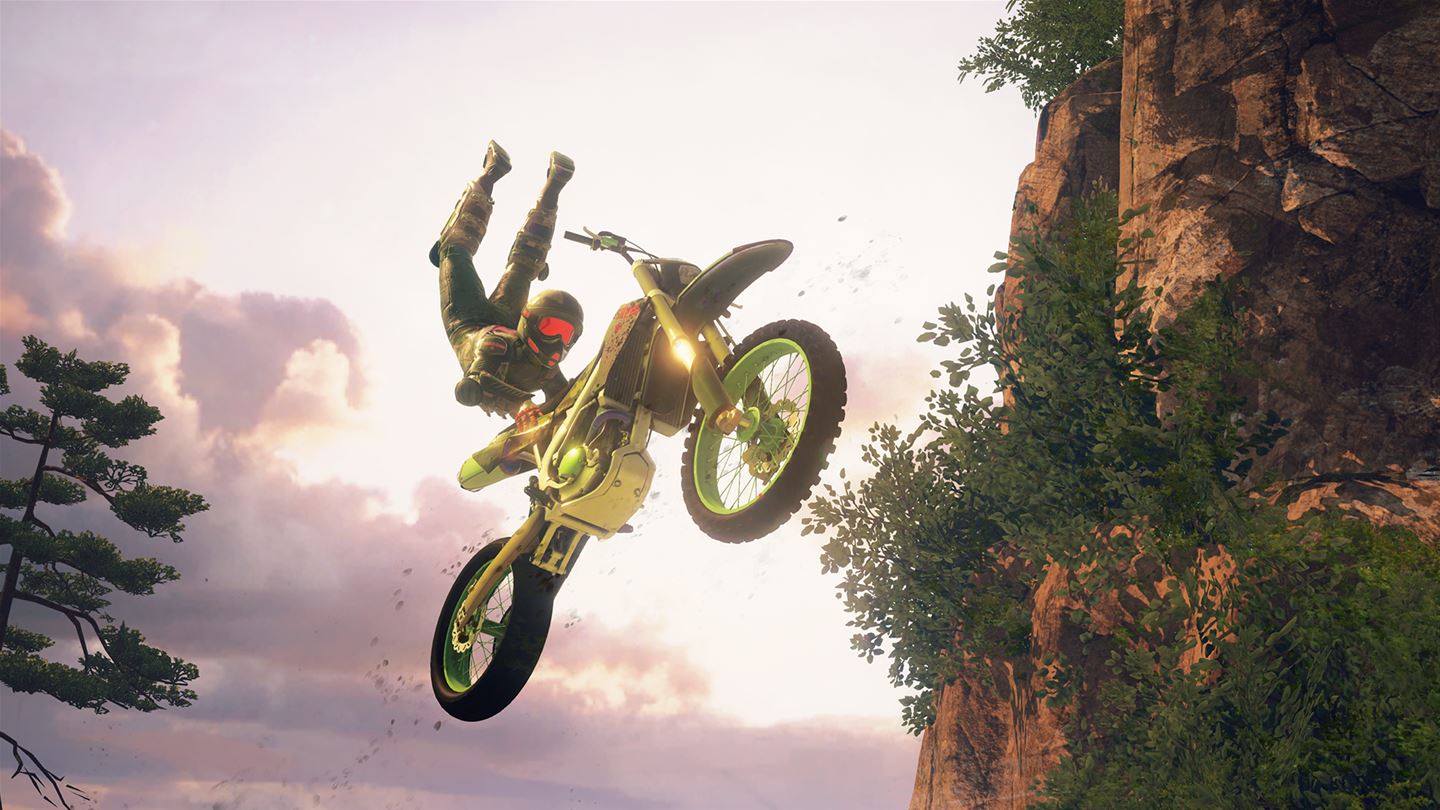 And you really do have to be forgiving as, as oddly compelling as it might be, there is no getting around that fact that this is a fundamentally ropey video game experience. The visuals, despite the occasional moment of beauty are, for lack of a better term, budget. The almost Firewatch-style aesthetic isn’t without its charm, but for the most part, it’s neither arcadey enough to match the simplistic blue sky beauty of a SEGA racer and far from detailed enough to exist in the same bracket as Forza Horizon and the like. For the most part, it falls into a strange halfway house. It isn’t helped by some rather bland design choices and the kind of minor technical issue that pop up all over the game.

Still, the tracks, as uninspired as they are, are certainly varied, and with two distinct styles of racing, Moto Racer 4 certainly has its fair share of content. If anything beyond the arcade-style handling, the games’ biggest calling card is probably the fact that it covers both dirt bike racing and more traditional Moto GP style road races. While the fundamental gameplay remains relatively similar across both styles, there are enough differences to make each style feel appropriately unique. Despite the differences in playstyles though, the problems remain consistent in both. The sense of speed in both modes is electric and certainly one of Moto Racer 4’s most positive attributes, but regardless of whether you are on a dirt track or a street circuit, the handling is just too fiddly. Power slides on the drift bikes are particularly useless, but generally speaking, it’s all too twitchy and inaccurate.

Saying that, as twitchy as the controls might be, and as unforgiving as the game is at the start (it’s pretty brutal until you get to grips with the controls), persist, and you will soon get used to its somewhat unique sense of weight. Once you do, you can start thinking about the boost mechanics and that, well, that’s when the game gets fun. It still has its issues of course, but when you’re linking boosts via wheelies and well placed landings, you can soon find yourself in the kind of zone which used to make the original Burnout games quite so fun. When you’re nailing perfect starts (one of many additional abilities unlocked as you progress) and cutting through traffic at outrageous speeds, suddenly, all those technical problems melt away into the background. It’s never all that long until they rear their ugly head again, but as I became more accustomed to the controls, the more I was able to overlook the games’ deficiencies.

I appreciate that not everyone will be able to do the same, but if you can get past its horrible first impression and initially horrible AI, Moto Racer 4 is a game that can scratch that arcade racing itch. You need to play by its rules to have any chance of actually enjoying it, but get on board and Moto Racer will reveal itself to be a much more enjoyable racer than it initially appears. 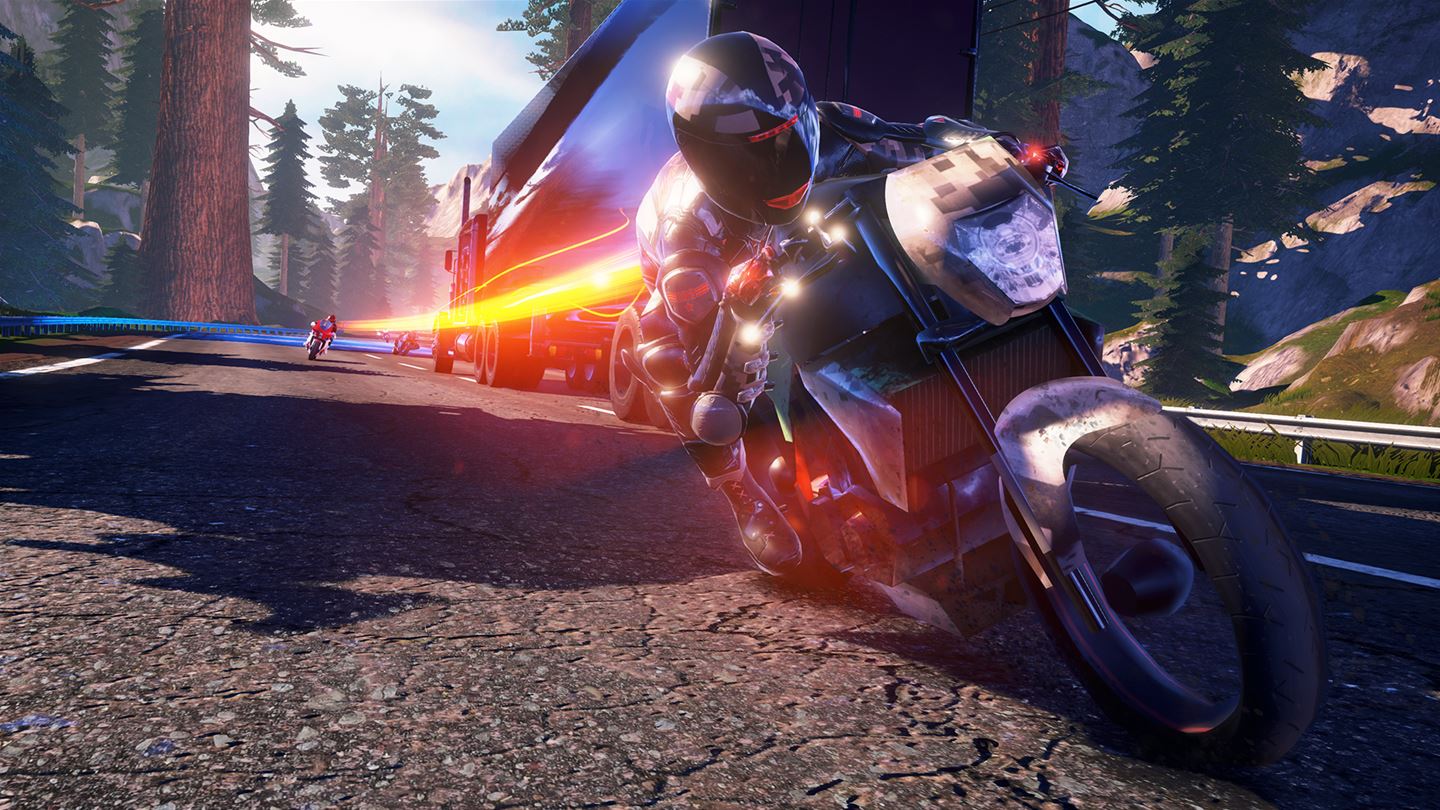 For those that do stick with it, the array of unique challenges across street racing and dirt bike events do make for a relatively diverse career. It’s nothing you haven’t seen before, but the vast majority of challenges are certainly enjoyable enough, and while the incredibly aggressive AI ensure that 3 stars are hard to come by, the rudimentary upgrade system does make returning to older events a worthwhile experience. The unique star system in which failure means a loss of stars that subsequently need to be re-earned by completing the race again does add a sense of risk vs. reward that some will find more infuriating than anything else, but when caught in the moment, that potential for loss does add an additional sense of urgency. It’s hardly Dark Souls on a bike, but it’s a cool little idea that makes replaying races a risky proposition.

There is a customary online mode, but the options available are basic at best, and as to the quality of the connection, well, who knows. Getting a game online up to this point has been all but impossible. It might well improve in the coming weeks, but if you’re looking for an online racer, look elsewhere. It might have online capabilities in the most literal sense, but for all intents and purposes, this really is a single player experience.

For a game that is largely terrible, it’s amazing just how much fun I had with Moto Racer 4. The visuals are shoddy, the handling is twitchy, the AI is overly aggressive and the online is all but non-existent, but despite this litany of, let’s be honest, pretty major issues, Moto Racer 4 eventually overcomes its problems to deliver a high-speed, addictive and surprisingly varied arcade racer. Many will be unable to overlook its technical problems while others won’t make it past those horrendous first impressions, but for those who do make it, for those that learn to live with the ‘unique’ handling and budget presentation, Moto Racer 4 will likely prove an enjoyable and surprisingly addictive arcade racer.