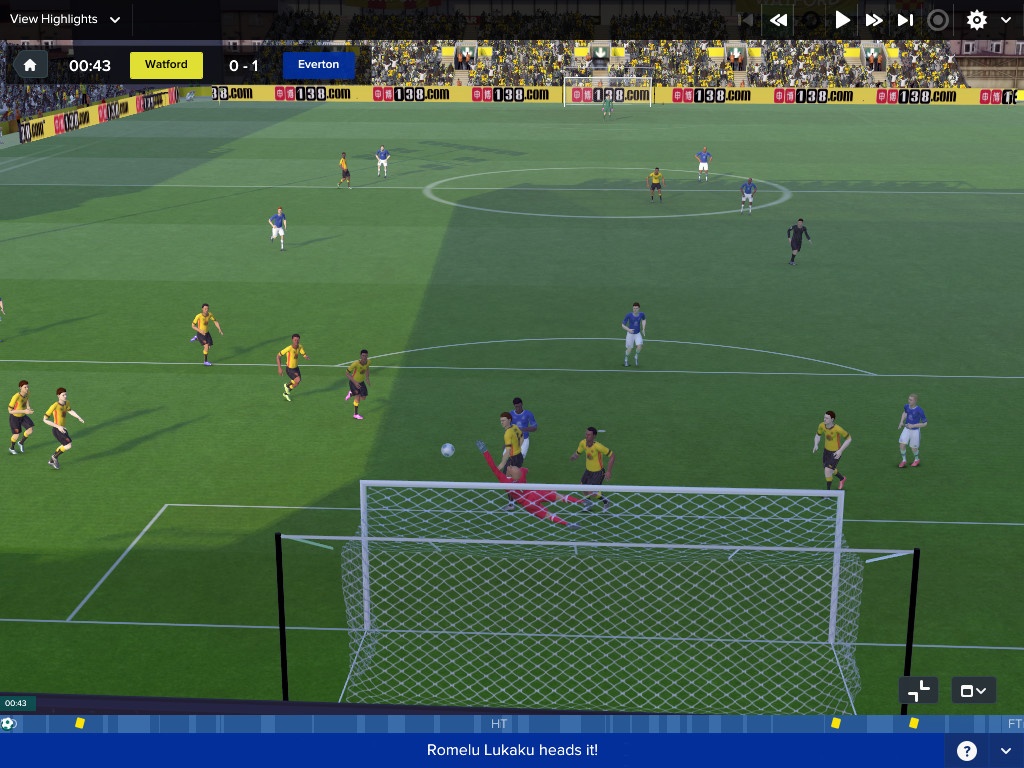 Football Manager is one of most well-respected, best-loved series’ in gaming history, with a heritage that dates back thirty years. The series has had a few ups and downs off the pitch (with changes in name and publishing house among them) but no other game comes close to delivering the depth and realism that Football Manager offers to the armchair fan. Last years iteration represented a rare misstep, producing a game that offered little advancement over the previous year, whilst at the same time seeming to step backwards as far as in match immersion was concerned.

The first piece of good news I can give you is that Football Manager 2017 delivers on almost every front, packing in the usual swathe of minor upgrades and tweaks (many of which you might not even notice) and correcting the issues that bemoaned Football Manager 2016. In between matches, 2017 offers a clean, articulately detailed series of screens that builds on previous years rather than replaces them, with a few notable new additions.

The first of these is the social page, which does a moderately convincing job of indicating how fans and followers of football are reacting to sackings, signings, rumours and performances among other things. I like this addition, because although the variety of tweets and comments is lacking in variety, the insight it provides is a useful window into how the fans will react to your decisions, before you make them. This has been absent from previous iterations, and it has always annoyed me how a marquee signing for me might be inexplicably reviled by the Leeds United faithful that I was working so hard to satisfy. 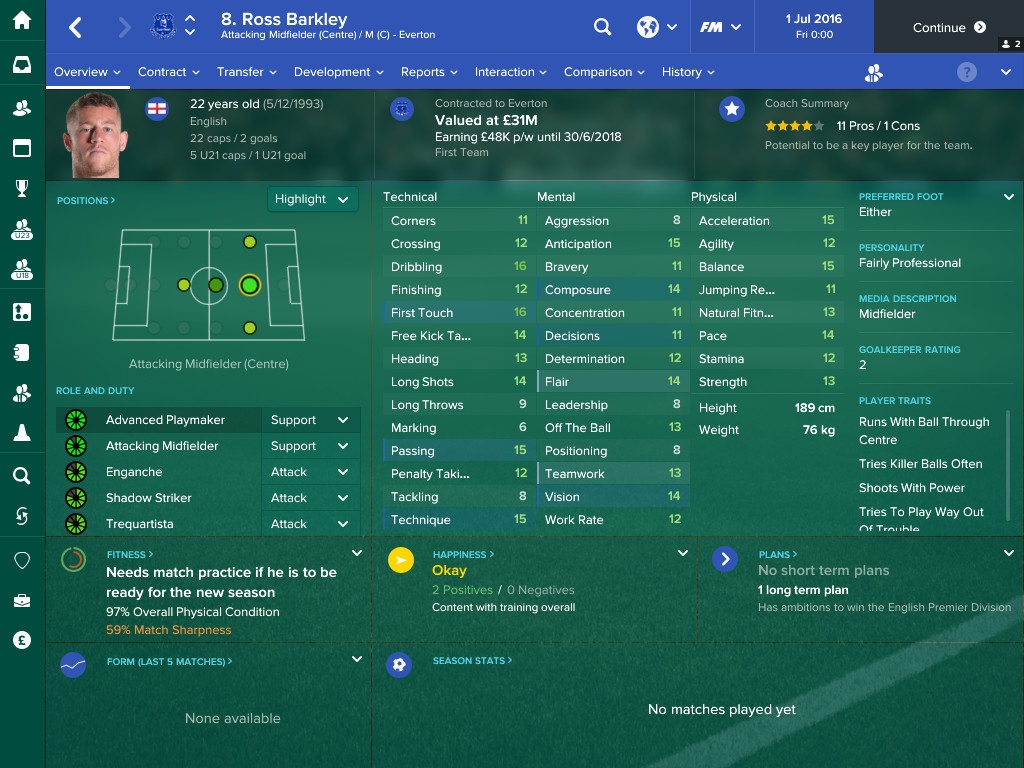 Many other additions come in the form of additional statistics and information panels. Some of this information was available in earlier versions of the game, but it has never been presented in such a clear, accessible way. For a returning player, the interface is just the same as it ever has been, but information is more accessible and tactics and instructions can be managed more easily. Player roles have been expanded and it is now easy to determine how to get the best out of them through simple, on-screen dials. The tactical options available are largely the same as ever, but it has never been easier to see how each can affect the game if successfully implemented.

Transfers are another important part of the game, and here again FM 2017 iterates rather than innovates, with minor tweaks only. The player promises system is a favourite of mine, enabling lower league clubs to influence more famous players into joining them through white-hot passion and negotiating talent. Or lies. Agents return and remain the nuisance that they so clearly are, and the scouting system is as comprehensive and as vast as we have come to expect from the series. One addition in this version is in the way that information about players is presented, which feels much more detailed than it has in the past.

On that note, perhaps the best new addition for me is that of summary information screens for various situations. The Assistant Manager will advise the player on multiple subjects about several players at once (for example training issues or weaknesses in the squad) and the game now allows bulk actions to be taken – for example you can accept all training advice given, or just tick two out of three boxes if you don’t agree with the last point. Depending on the circumstances, these summary pages can reduce the number of pages that need to be navigated quite significantly. 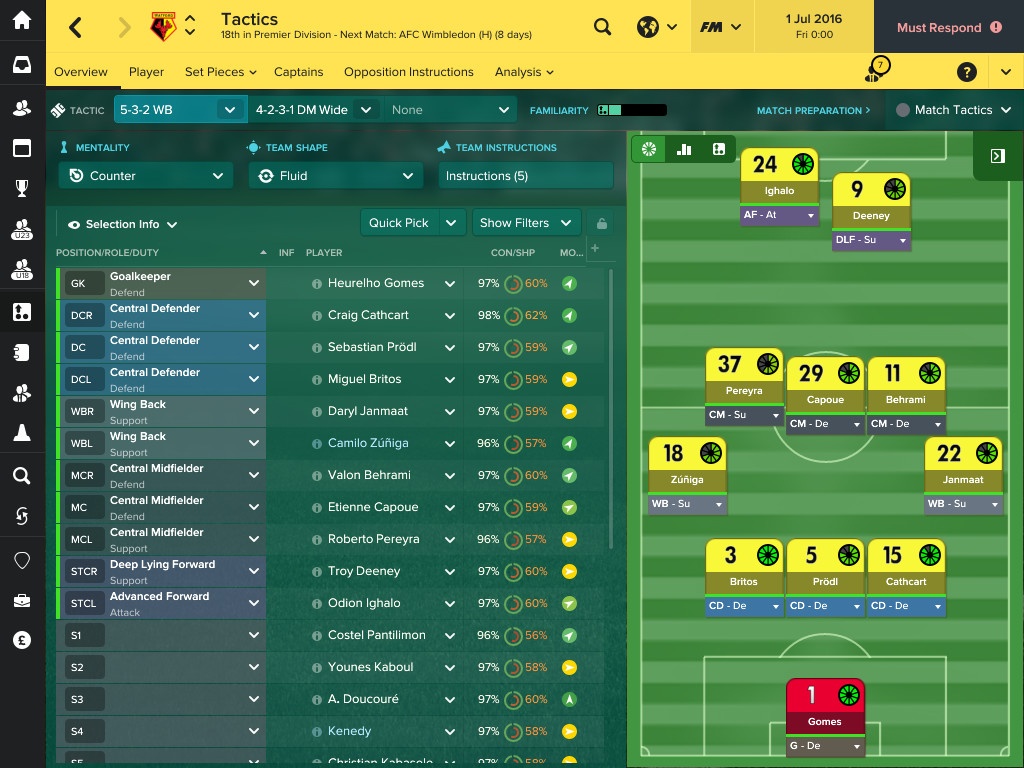 I mentioned earlier than FM 2016 had a number of issues, which in particular included strange behaviour on the pitch. Many a forum post complained about players who had created unstoppable, unrealistic tactics that shattered the suspension of disbelief. As an example, I created an implausible approach to taking corners that would result in my central defenders scoring twenty to thirty goals per season between them. Others complained about defensive midfielders making twenty odd assists. At least to the extent that I’ve played FM 2017, this kind of problem seems to have been eliminated.

The match engine doesn’t seem to have changed drastically in any other way – it looks basically the same as it has for the past few years, and still has the occasional bit of odd animation, or weird floating collision between players. Otherwise though, it is entirely functional and because the tactical interface is more clearly laid out, it is now possible to see clearly where a recently introduced tactic has demonstrated its effect – for better or worse. I’ve rarely played Football Manager games on anything but the fastest match speed because tactical changes were harder to identify in the 3D view, but that is not the case with FM 2017.

In summary, I’m delighted to report that FM 2017 is a return to form for the series, delivering marked improvements over FM 2016 which wasn’t actually that bad itself, in all fairness. The game is as deep and engaging as ever, with a corrected match engine and a host of tactical and statistical improvements that I found deliver a lot of value. If I have any criticism, it is probably only that interactions between the player and the press haven’t been improved since they were introduced years ago, making them a terrible bore. Player and staff interactions are not much better, and it’s hard to determine how each kind of staff member will react to positive, assertive or passionate ways of communicating. That’s a minor point though, because it was always on the periphery of the Football Manager experience, and doesn’t detract from what really matters.