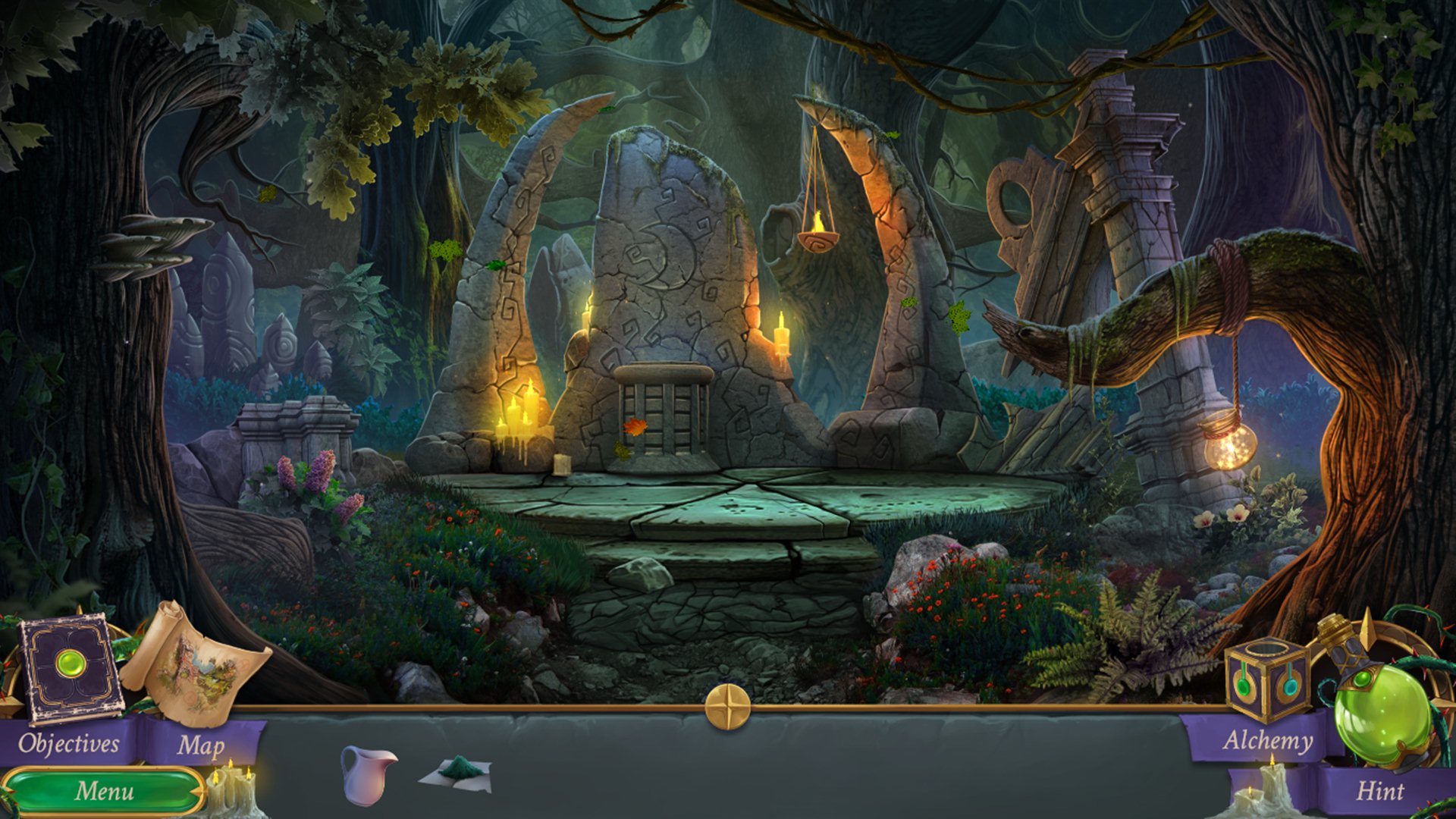 Queen’s Quest 2: Stories of Forgotten Past is another hidden object game in a fantasy setting by Artifex Mundi. This time, players fill the role of an unnamed alchemist-turned-detective who is summoned by the king to figure out who murdered one of his captains—a wolf who you’d seen chasing a girl in a red hood during the opening credits. Other fairy tales, including Hansel and Gretel and Robin Hood, cross paths during your investigation and it soon becomes clear that a something much more sinister is going on in the kingdom.

I’ll admit that Queen’s Quest 2: Stories of Forgotten Past is not one of my favourite Artifex Mundi titles in terms of story. While the fairy tale elements are very cool and how they tied into one another is reasonably believable, the chain of events was disjointed and the pacing was rushed. The reason why the bad guys were even picking their targets was muddy at best and I won’t spoil anything, but the twist at the end was very cliche, resulting in an eye roll at the dramatic reveal.

That aside, the controls work well enough. The left stick points your cursor and selections are made with x. Square allows you to use an item you’ve picked up with the one your cursor is over. Movement from scene to scene, where possible, can be done by holding x or by opening your map with the corresponding directional button and choosing from there; the other directional buttons give you access to your task list, the hint system, and your alchemy box. The only other button input is to access your inventory, which is where the controls become a bit clumsy. Holding R2 opens your inventory, which is hit or miss, and you have to press triangle while doing so in order to interact with items that need further input before becoming useable. I would have preferred if the inventory could be brought up by merely clicking R2, which was rarely ever used for anything else, so there was no need to make the click and hold the distinction. If you haven’t already read my other review of another Artifex Mundi title, you should as they’re all fairly similar at least in terms of gameplay and delivery. 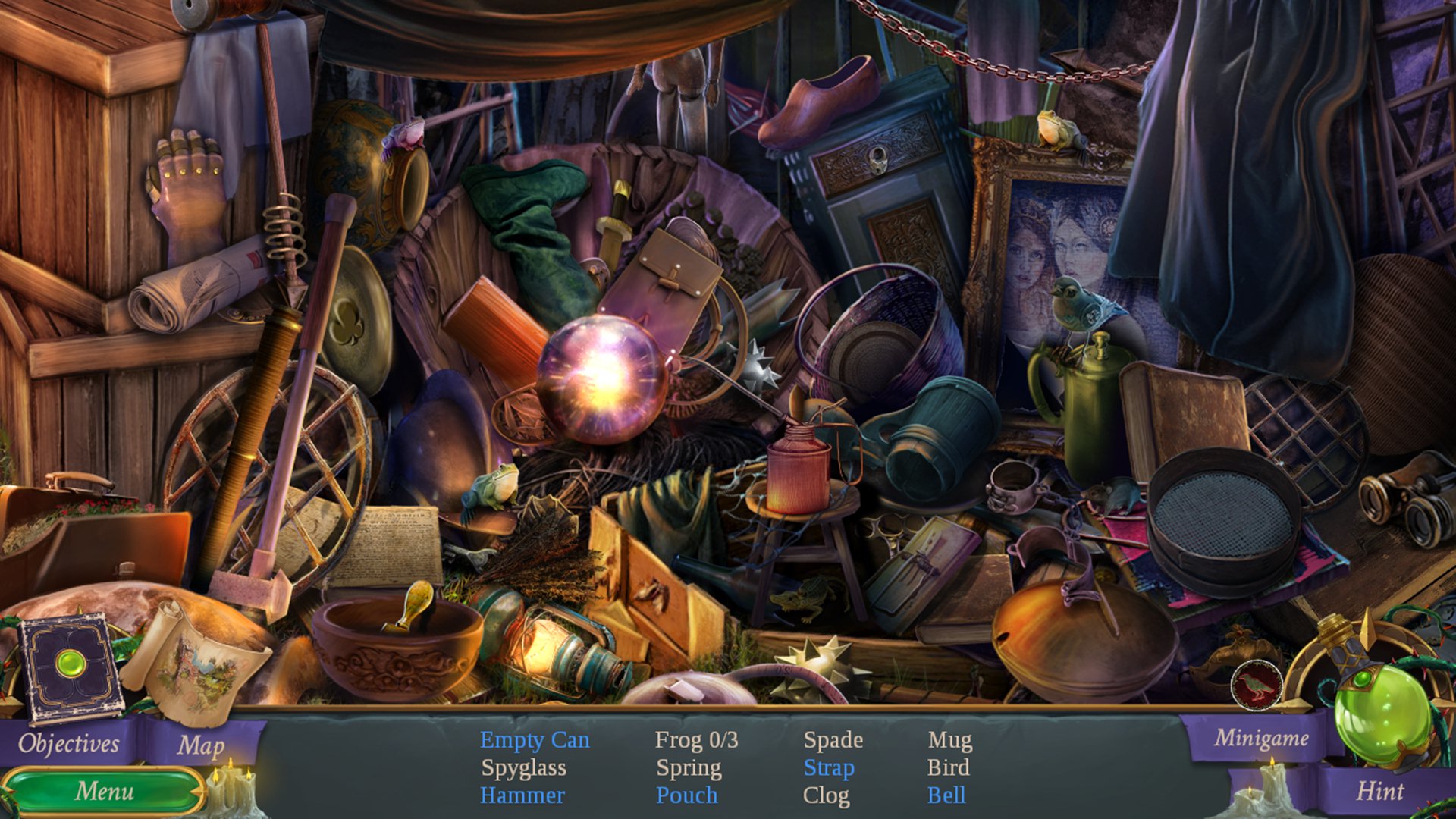 Hidden object scenes are nicely cluttered, making it challenging to pick out what you’re looking for, and there are several styles of delivery, including ones with written lists, silhouettes, and ones that require you to find and then use an object within the scene. Mini games include a couple of magical battles, jigsaw puzzles, and a flight mini game that requires you to do a series of different tasks in order to safely make it to your destination that only happens early on in the game. None of the mini games are particularly challenging and they rounded out the gameplay fairly well with their variety so that I never felt like all I was doing was listening to characters jabber and finding a needle in a haystack.

Because your character is first and foremost an alchemist, Queen’s Quest 2: Stories of Forgotten Past features a potion making mini game alongside the usual hidden object scenes and other such puzzles. The potions you make are only useful for progressing through specific parts of the story. You’re able to find recipes and ingredients within the world, and pressing down on the D-Pad brings up your alchemy cube. Mixing each potion (and there are only a handful of recipes) is the exact same process regardless of what it does: add the ingredients to the mortar, after having chopped them, mash them up with the pestle, add water, and distil the mixture. After, you’re able to drink your potion and shrink down or transform or whatever needs to be done at that point and time—but not a moment sooner. 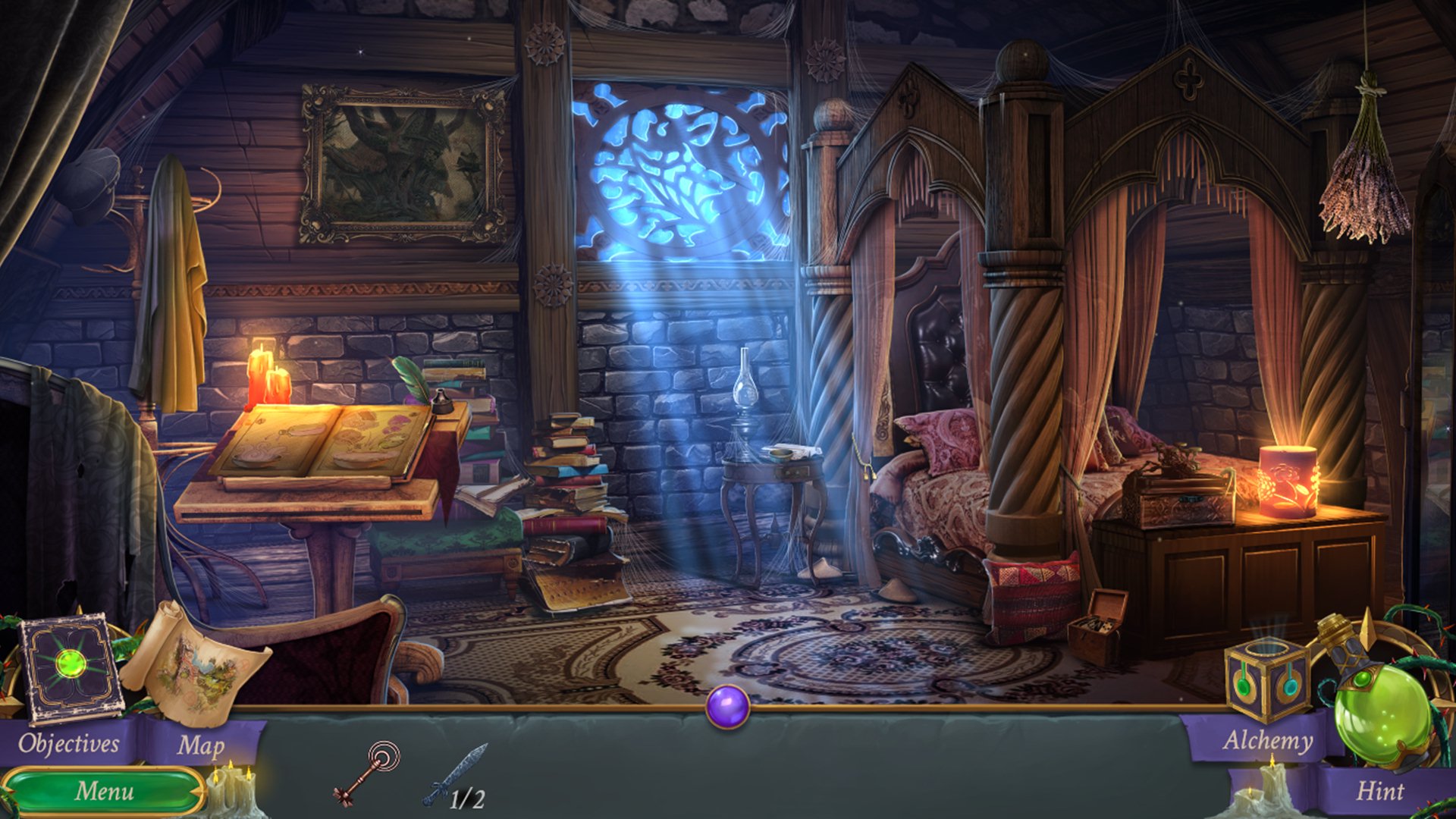 I mentioned the alchemist’s role as detective not only in a figurative sense, but also in a literal capacity because you’ll compare blood samples as you have in previous crime/mystery titles. Given the fantasy setting, it would have been nice to perform these mundane tasks in a more magic-oriented way.

Queen’s Quest 2: Stories of Forgotten Past will take you upwards of 4 hours to complete, depending on how speedily you solve the hidden object scenes. The side story which is just a bonus scenario, brings you back to the deep forest location rather than a new one and adds maybe half an hour to your total run time even on expert difficulty. The voice acting this time around wasn’t great—the children particularly. Most NPCs had nothing to say beyond a single recorded line anyway, despite the fact that there’s a trophy for speaking to all the fairy tale cast. The music, too, is unobtrusive, making for a safe, albeit unremarkable journey.

A standard hidden object game entry. Queen’s Quest 2: Stories of Forgotten Past doesn’t stand out in any aspect, but it’s still an enjoyable time to be had—at least for genre fans. There wasn’t anything particularly memorable about this one, but if you’ve already run out of hidden object games to play, it won’t hurt to grab Queen’s Quest 2 on sale.