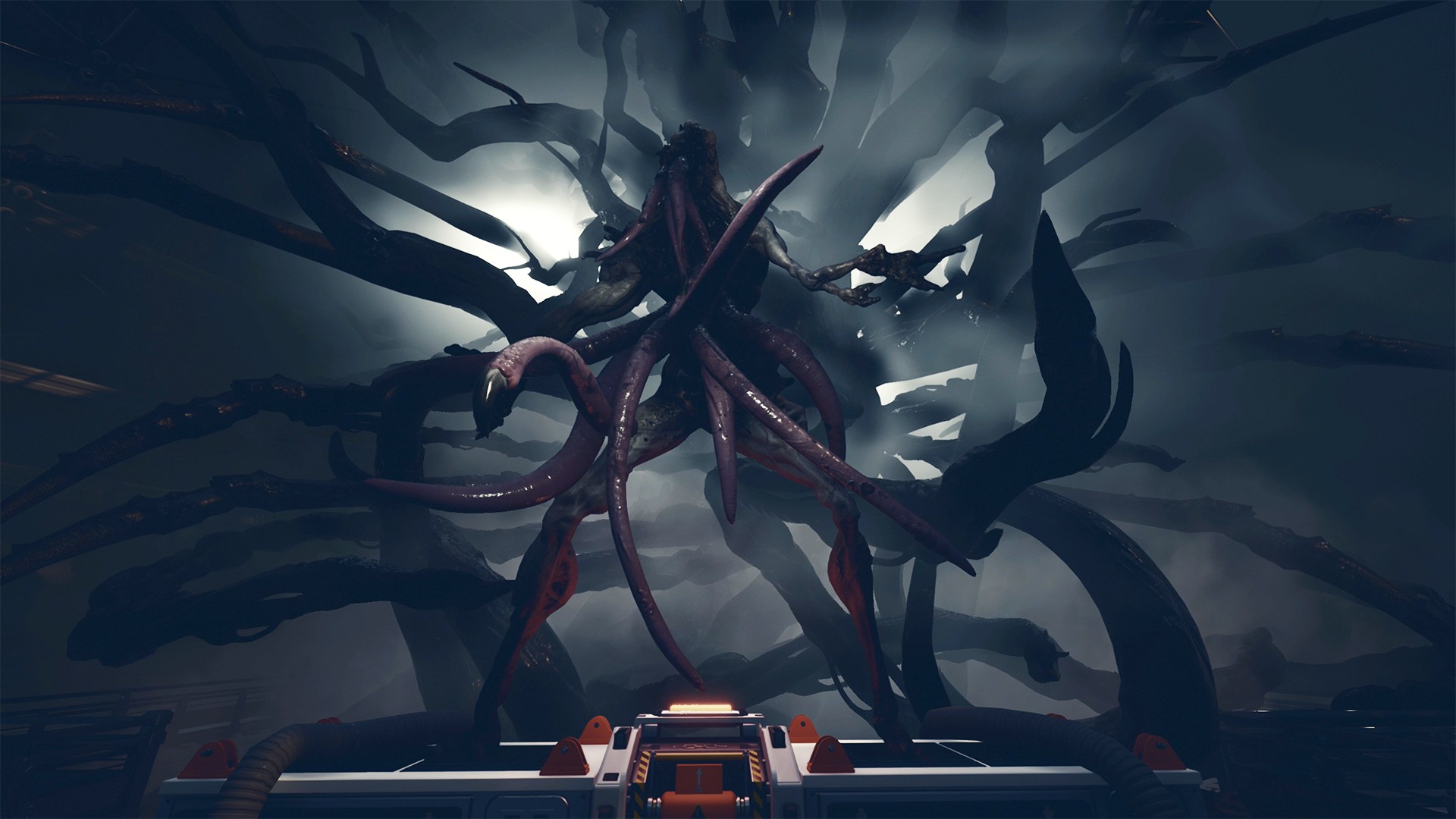 So, as life would have it (and especially in 2020), I found myself playing yet another horror game despite the coward I am to this genre. Moons of Madness is not just a horror, but a Lovecraftian horror game. That means you will have no choice but to suffer through the jump scares, ominous vibes and uncomfortable paranoia in order to get the full picture at the end. Kudos to Rock Pocket Games and Dreamloop Games for pulling this one off and keeping me on the ride long enough to see it through (just barely).

In Moons of Madness, you assume the role of engineer Shane Newehart, who is part of a team stationed on Trailblazer Alpha, on Mars. It’s a pity he lied to his father saying that he was on an expedition to Antarctica instead (and boy would he regret his decision and wish he was in Antarctica). On the surface, this may seem like the opportunity of a lifetime, however, dear old Shane has the security clearance level of a tomato in a fruit salad. This will prove to be a cursed blessing as he uncovers a plot more sinister than he could imagine. 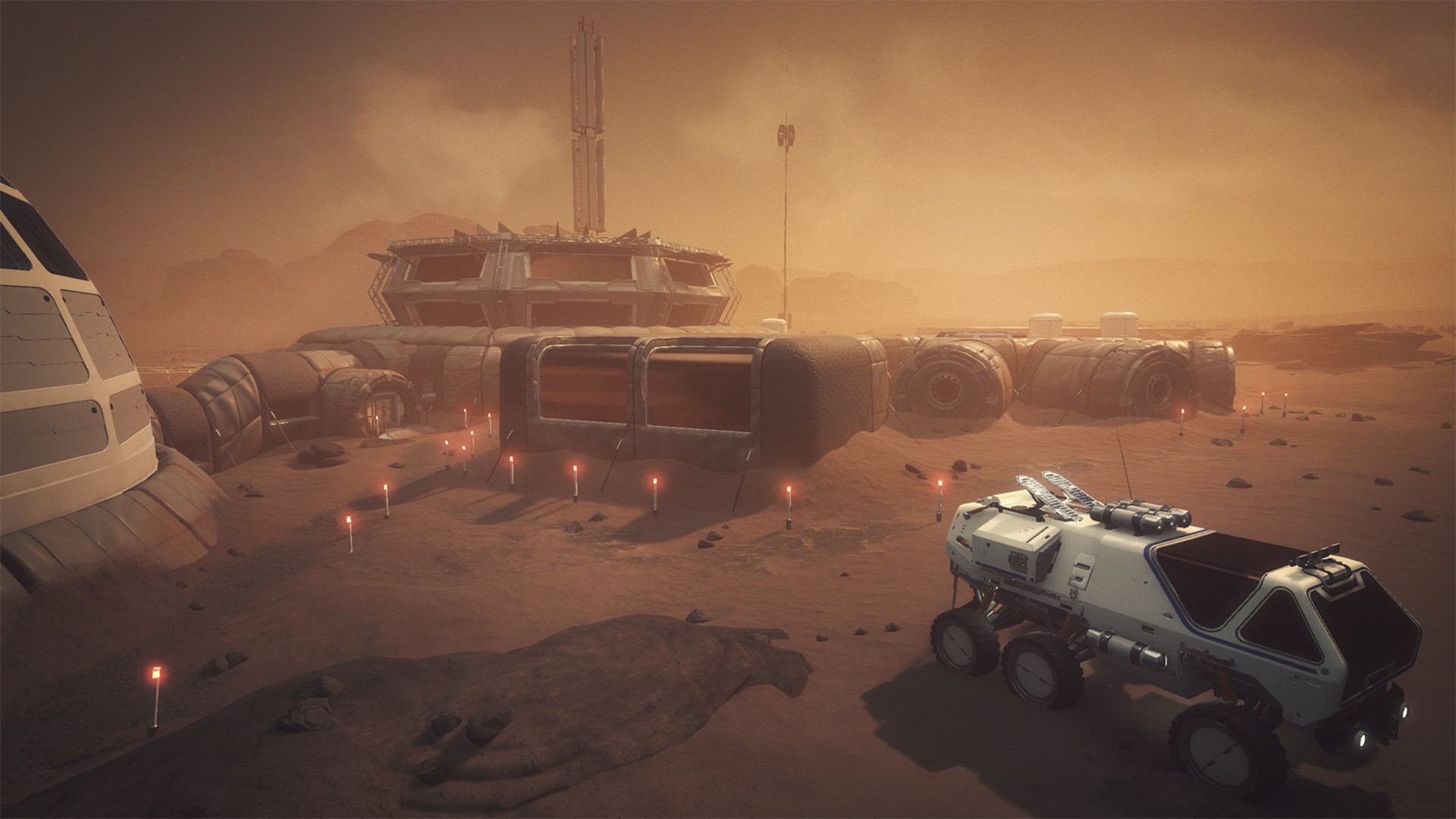 The very reason for the creation of Trailblazer Alpha was in response to a mysterious signal received from Mars which appears to have intelligent origin. Your job is to keep the lights on and systems running. A fateful nightmare that acts as a premonition of sorts starts the game off and leaves you with the constant lingering thought of how bad things will most likely get.  To put into perspective just how scary and unexpected the jump scares are in Moons of Madness, the prologue nightmare had me wishing for the Teletubbies sun in my room so it’s always bright (I did tell you that I have a pathetic horror tolerance).

Moons of Madness’ Lovecraftian horror element is what kept me playing. I needed to see who or what was sending that signal. And what did they want? What was the end goal, and would I ever make it back home to Earth?

Moons of Madness is played from a first-person perspective. You will mostly be exploring the station and the various posts on the red planet. Due to your role as an engineer, you will need to repair a few things and ensure that certain crucial systems are in running order. From basic lights to calibrating solar energy panels, there is always something to do. It is while on these missions that you will get to uncover the mystery behind the project and the series of cosmically supernatural events that could lead to a devastating end. From reading scattered notes, suspicious emails and confidential conversations, you will piece together the puzzle. In order to get from point A to point B in some instances, you will need to make use of certain tools to either pry open doors or laser cut locks. These tools are often found close to where you are required to use them. My advice is: if you see a tool that you can grab, take it! Don’t ask questions.

Exploring Mars beyond your station will require you to travel using the Rover vehicle. While in transit, you can just take in the views of the red planet as you travel to your next mission. Because you are still very much human in Moons of Madness, you will need to monitor your oxygen levels and ensure that you keep your reserve filled. Thankfully there are numerous oxygen refill points throughout – in the Rover and some are located outside. 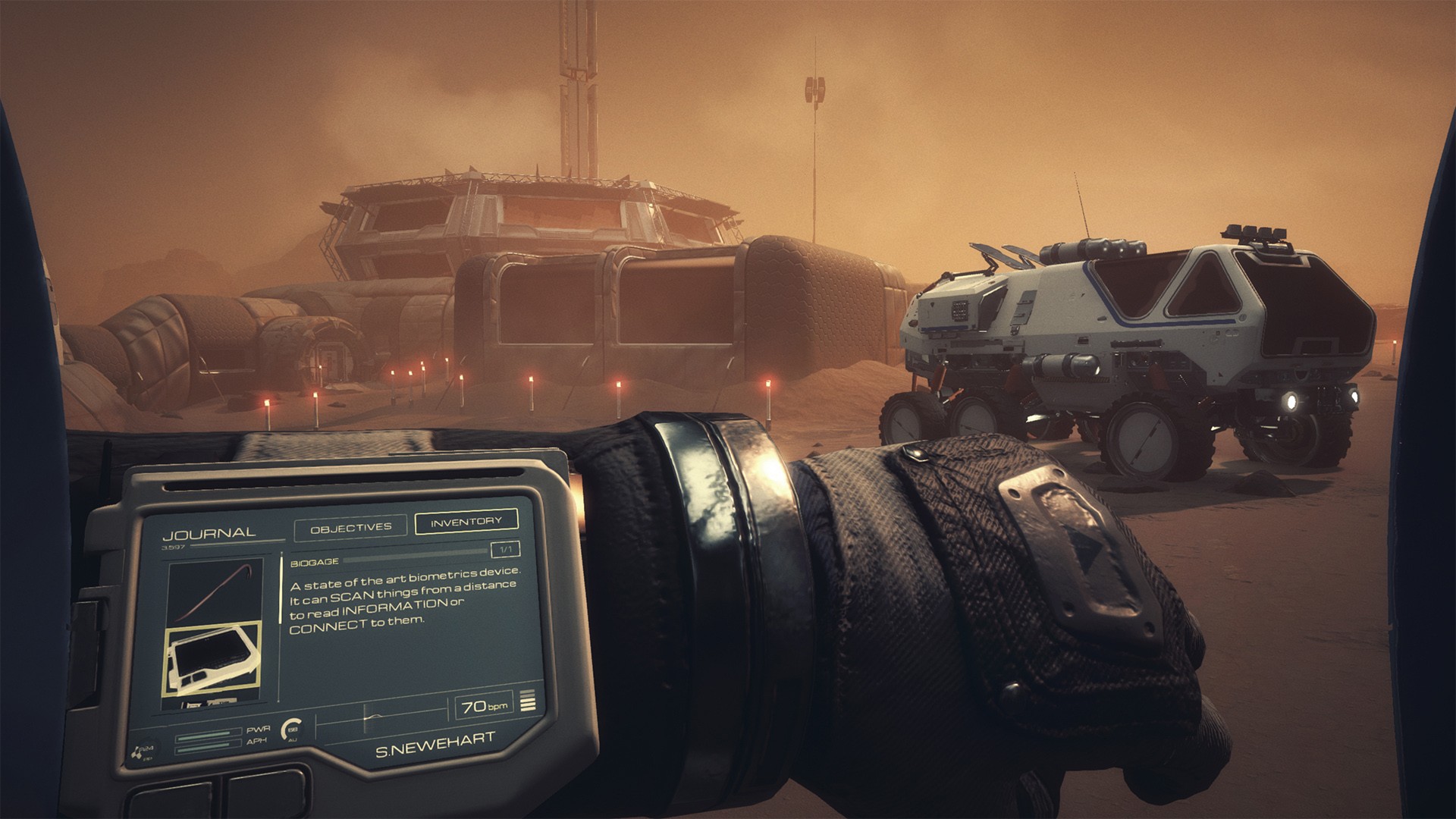 As you work your way through Moons of Madness, hallucinations occur more frequently to a point where it’s sometimes hard to distinguish what was real and what was simply your imagination? If it is just your imagination, why hallucinate figures so specific? And if they’re not hallucinations, what or who is behind all of this? Could it be that your nightmare was a prophecy of godly proportions, and can you stop it?

So, what happens when Moons of Madness throws actual enemies at you? Can you fight? Nope. Do you at least have a weapon? No. But can you run through? Yes. Moons of Madness is more survival than anything to you are not given the luxury of fight nor weapons. This is where I believe the game shines. When you are in a chase and fleeing for your life, the cinematics are stunning and beautifully capture the fear, panic and vulnerability of the situation. Sometimes these moments play out like cut-scenes. Sure, my blood pressure wasn’t the greatest, but it was definitely worth it.

The graphics of Moons of Madness are wonderfully done. The flickering lights, flash scares and terrifying hallucinations submerge you into this world born from Lovecraft fantasies. When these are combined with the sounds of strange living things, friendly banter with your colleague and the sound of your quickened breaths and increasing pulse – Moons of Madness becomes a nicely accomplished immersive title.

Moons of Madness isn’t that long in gameplay hours and certainly isn’t boring. However, more avid Lovecraft horror fans may find this one to be a little underwhelming – but this is not to say that it is anything less than good. It stays true to the element of discovery and unexpected surprise in the end. And true to Lovecraft, a happing ending is not on the table, but at least you’ll get the opportunity to decide how it ends.

Sure, I only played it when the sun was out, but I definitely recommend this one for slow-burn cosmic horror fans. Headphones are definitely advised for increased unnecessary paranoia.