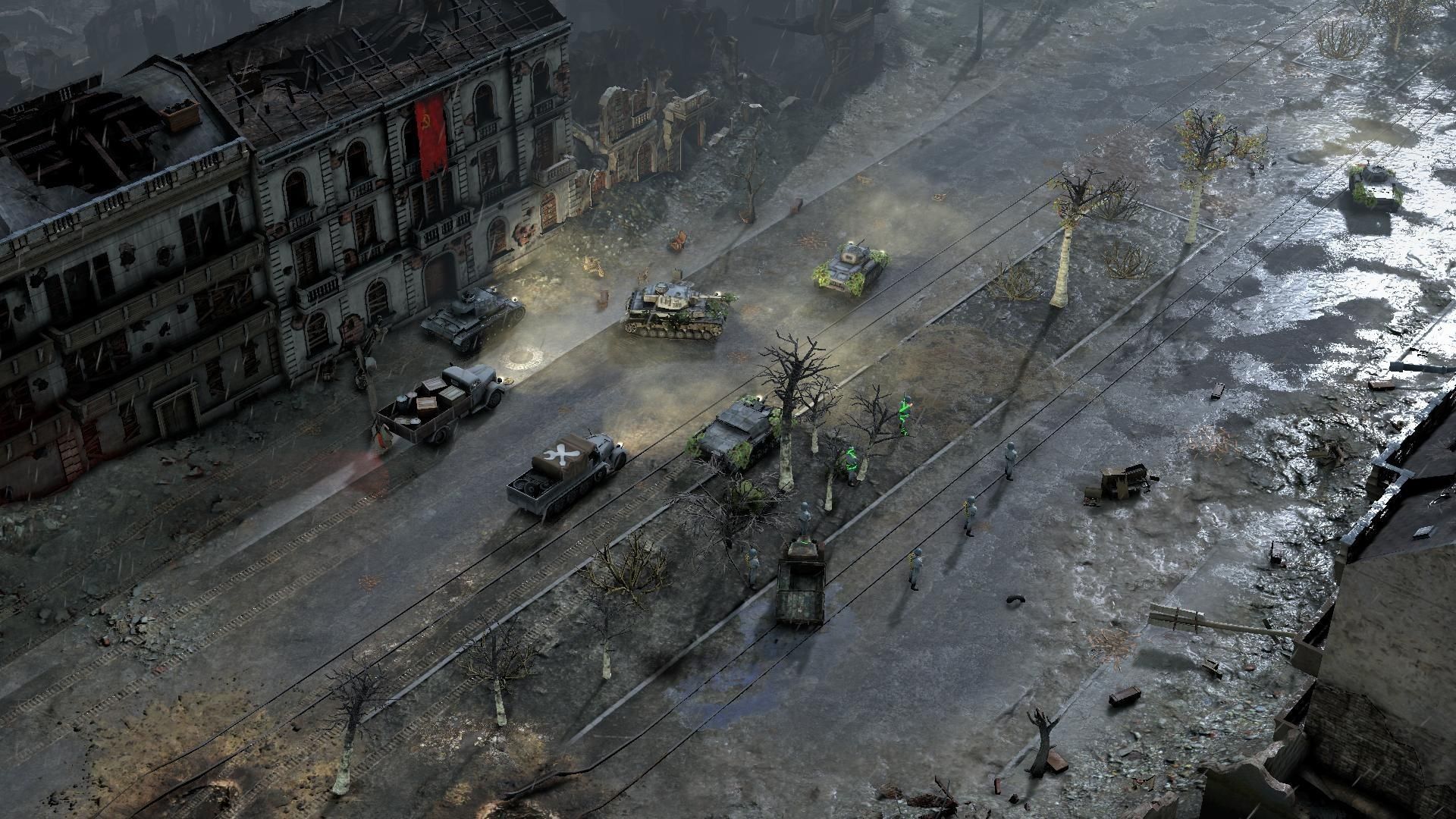 Titles published by Kalypso Media, have always struggled when it came to their presentation, and with the release of Sudden Strike 4, it looks like the publisher, and its contracted developers have learned very little form their previous pastures. And that’s rather disappointing, considering that the firm at hand, is responsible for series such as Tropico, and most importantly, Sudden Strike.

Sudden Strike 4 is a rarity in the modern market, as it is real-time tactics, strategy game, which is available on both, PC, and PlayStation 4. And despite of its rather poor UI design, and dated, mobile-like presentation, Sudden Strike 4 controls excellently for a console strategy game. Understandably it’s not perfect, and the core mechanics of the control scheme could definitely be improved upon, but all in all, it is much better than expected.

While in game, all on screen units can be selected one at a time with a press of the X button, or in groups, as when the X button is held down, one can extend a circular field with the right analogue stick, in order to select multiple units. And while the selection process of multiple units, can be laborious, it has been streamlined severely, as once selected, player can choose singular units by pressing left and right on the d-pad.  And the simplification of the selection process is a highly beneficial addition, as it allows one to change up his/her tactics on the fly, meaning that you can adapt to any and all circumstances, as they arise.

Flexibility in real-time strategy games is of utmost importance, as it is vital for one to be able to change his/her approach to battle – as the name of the genre suggests – in real-time. And being able to edit unit’s formation, and/or role, is especially significant in Sudden Strike 4, as all in-game story missions, have fluid objectives, meaning that one has to edit his unit if and when the scenario dictates so. And while Sudden Strike 4 features other modes such as skirmishes and multiplayer, they are not as entertaining, or as successful as the three-core single-player scenarios. 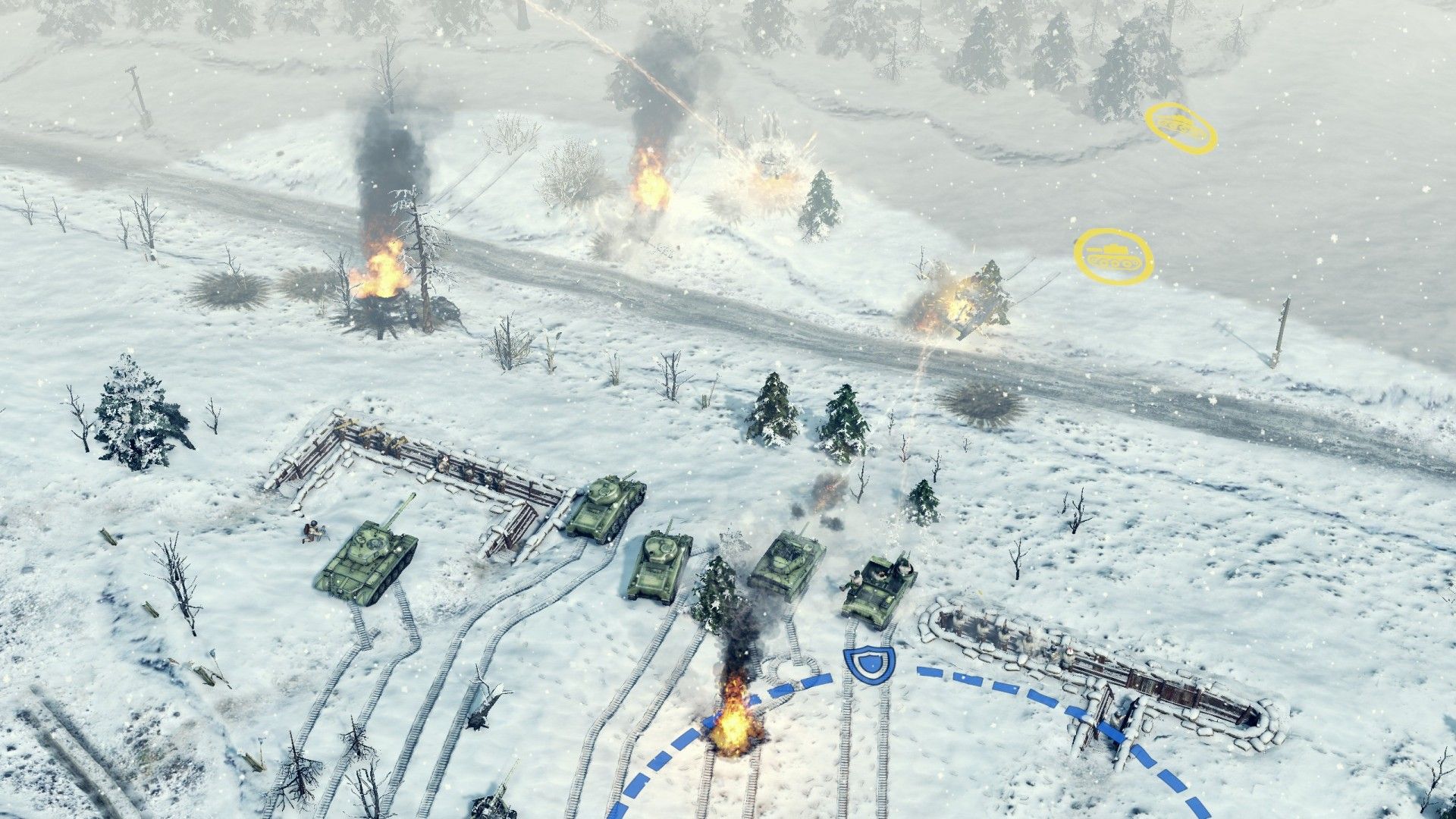 Sudden Strike 4 offers all its adopters a chance to fill in the boots of multiple historical figures such as General Patton, across three unique campaigns. First is the German campaign, where players can take the helm of the Third Reich’s armoured division; second is the Allied campaign, which allows one to take control of the allied forces; and third and final campaign is the Soviet campaign, which allows one to play out the final years of the second World War, and its finale, as the final Soviet mission is centred around the Battle of Berlin.

All three in-game campaigns are as entertaining as they are satisfying, as they feature a sufficient amount of varied objectives, which disallow one from ever getting bored. But if one ever hits a brick wall within one of the campaigns, and is unable to continue, then Kite Games, the developer of Sudden Strike 4, has ensured that one is never at a standstill, as all three in-game campaigns can be played at any time, and in any order.

Sudden Strike 4, as stated above, is simply incredible gameplay wise. As both its mechanics, and structure allow for seemingly endless hours of content. As each and every mission can be replayed in alternate ways, and if one sees him/hers as a completionists, then there is also an entire array of side-missions, and challenges which will occupy one for many more hours. But despite of the fact that Sudden Strike 4 is a captivating and charming title, it is also a game of many glaring, and dissonance inducing flaws.

First of all, it has to be said that Sudden Strike 4 is not the prettiest game on the market, but its sub-par visuals could be excused by the fact that it is a title which has clearly not been created on the back of a monstrous AAA budget. However, Kalypso Media, regardless of that fact, has released a Sudden Strike 4 at a full retail price, meaning that you, as a customer, are paying AAA price, for what basically is a AA game. And unfortunately, underwhelming quality doesn’t stop on the visuals, or the abovementioned presentation, as Sudden Strike 4 underperforms in many more areas. 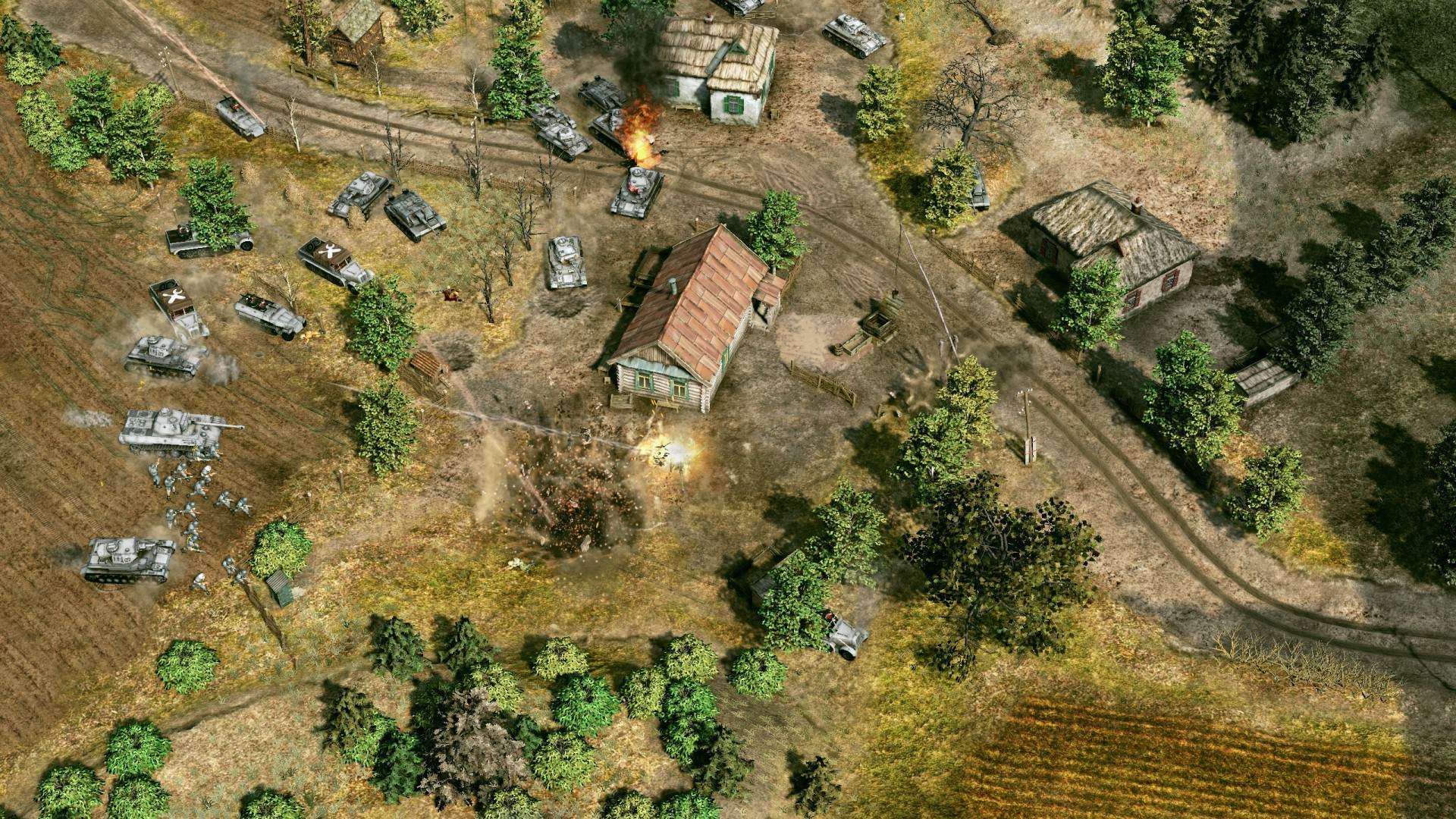 When in an ongoing battle, all on-screen units, adhere to pre-existing scripts and player commands. However, once the target is captured or destroyed, all the rules and regulations go out the window. For example, if one is targeting an armed anti-air bunker, all on-field units will surround it and return fire, but they’ll never get too close. However, once the bunker is destroyed, all units will simply walk across the partially destroyed structure. And no – they don’t walk on top of the rubble or through holes in the walls, they simply clip through walls, debris, and other obstacles. And when one comes to a realisation that object clipping occurs after every battle, as once objective is completed all units suddenly lose their physicality, it will be then impossible to recreate the mental link with the title. As after that, the title will not seem like a harrowing recreation of the Second World War, but a cartoon straight out of Looney Toons.

Soldiers and tanks constantly clipping through solid objects, can lead to dissipation of user engagement, but in truth, soldiers clipping through walls are only a part of the problem. And that’s because their behaviour during battles, which includes running in circles, spinning, and acts of disappearance straight out of David Copperfield’s magic book, are simply laughable. And in the end, they all destroy any and all semblance of reality, which Sudden Strike 4, could otherwise possess.

In-short, all that has to be said about Sudden Strike 4, is that it is a title which only the hard-core fans of the genre will truly enjoy. The gameplay, and core basic mechanics are there to satisfy those who crave to play a real-time strategy game on consoles, but unfortunately, Sudden Strike 4’s shortcomings ultimately turn it into a title with borderline non-existent mass appeal. And that’s because all the title’s flaws will ultimately drive your average gamer away, instead of holding him/her in its grip.