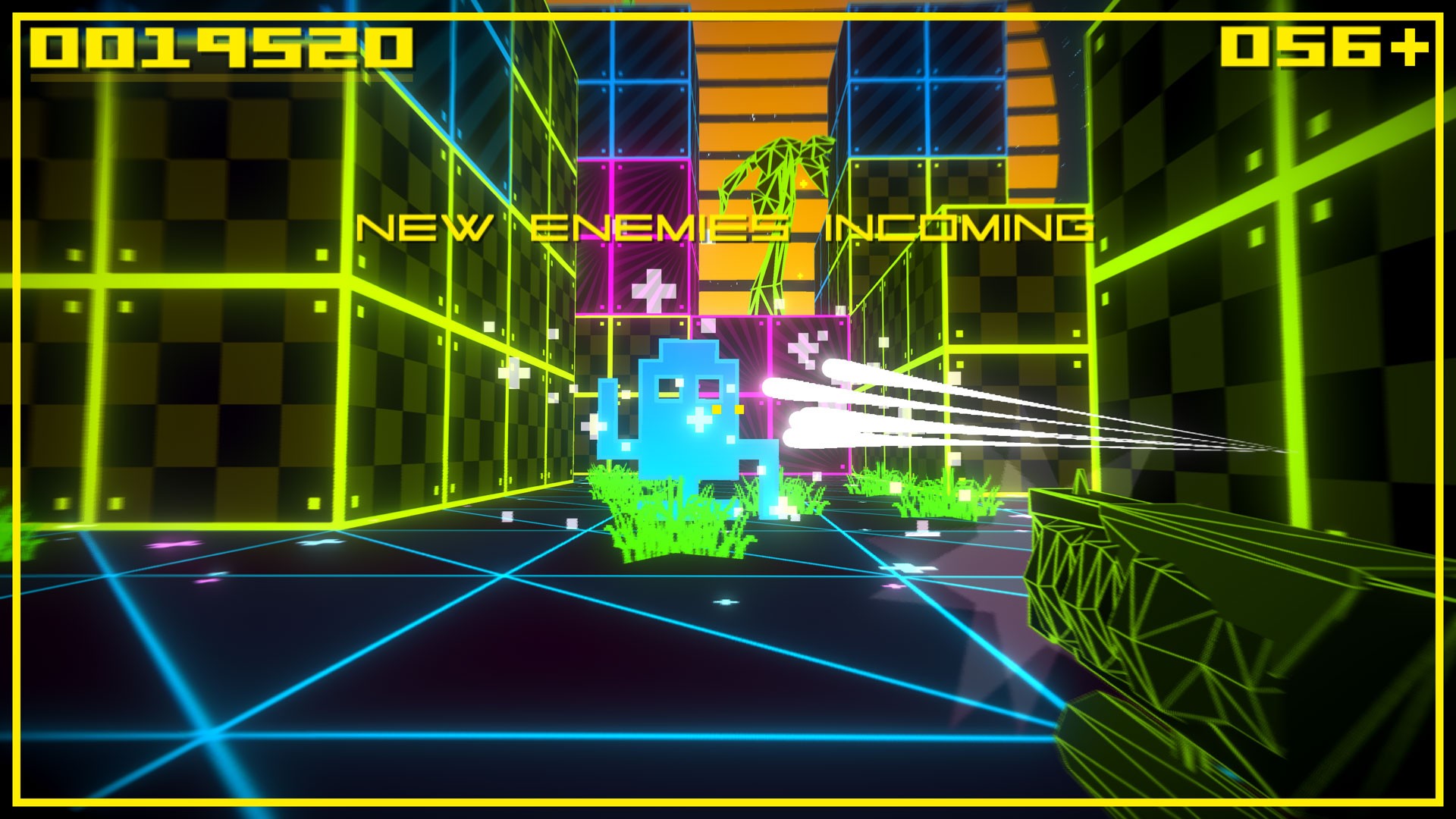 It’s quite rare for a sequel to a game to be a completely different genre and perspective. The original Super Destronaut DX was a game similar to Space Invaders, enemies would drop and shoot at you whilst you had to eliminate with your array of weaponry. This time round Super Destronaut: Land Wars takes place on land and the enemies are no longer attacking you from the sky. For the Platinum Trophy hunters out there you’ll be glad to know that Super Destronaut: Land Wars is another straightforward game to add to your bucket list. 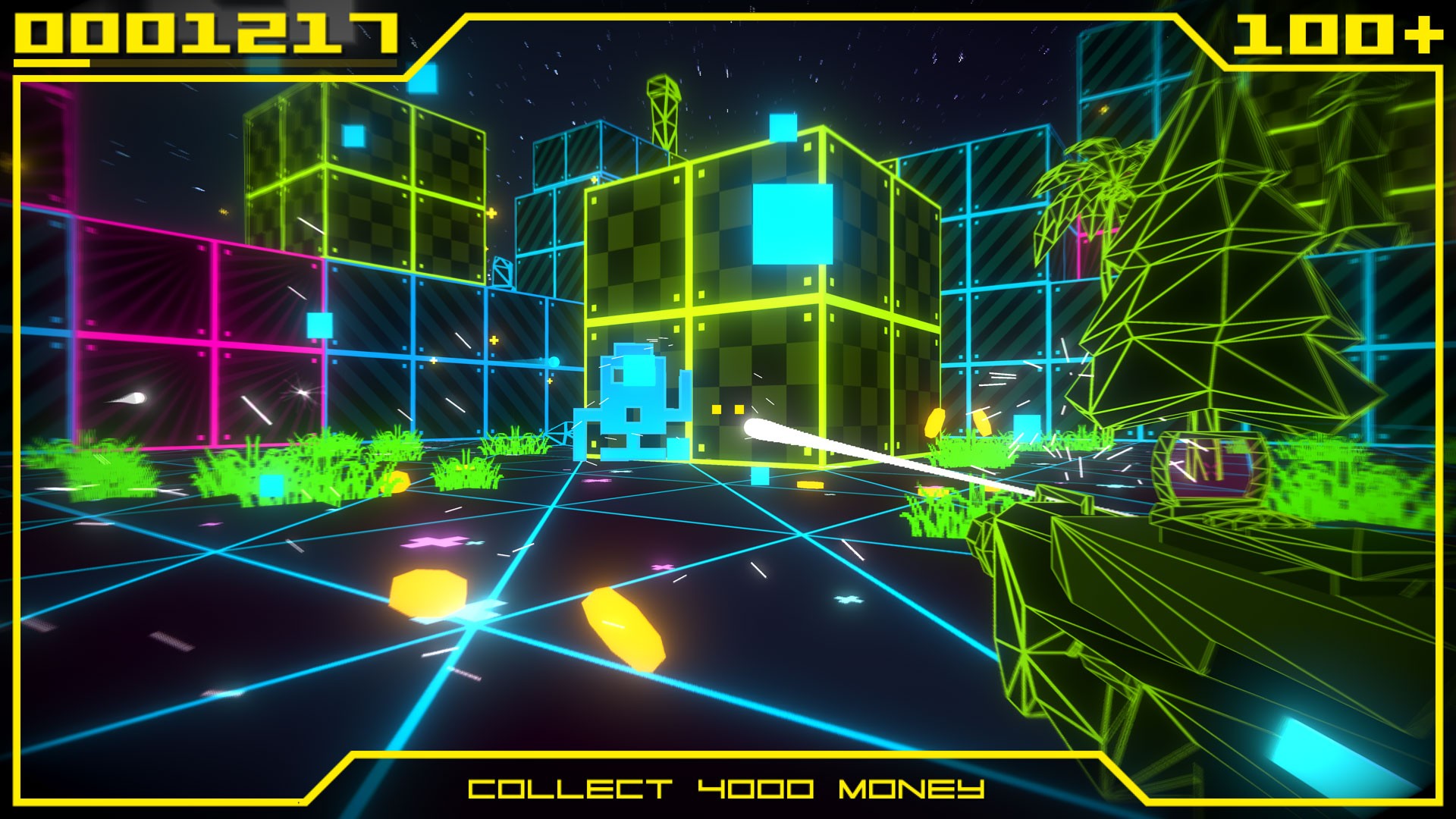 The 5 games in Arcade mode includes Classic which is your standard shoot as many enemies as you can set up. Hardcore starts you a little later in regards to the enemy waves and there are more enemies to destroy. Combo Breaker mixes things up a little as you begin with the max combo score, which then reduces each time you are hit, when you reach 0 you die! Maximum Strength gives you the Rocket Launcher at the start so you’re able to take out the enemy hordes quickly. Snail mode slows you down and you can’t jump, all these different modes in Arcade gives Super Destronaut: Land Wars a fair bit of depth. The other main mode is Challenge, which is made up of 30 levels where the goal for completing each level is different. Some levels require you to kill a certain number of enemies or reach a score within an allocated time whilst others need you to buy a particular weapon which means you need to kill a bunch of enemies first before you acquire enough funds to make the purchase.

The enemies in Super Destronaut: Land Wars were in Super Destronaut: DX but now you see them up close and personal. The enemies come in waves so you need to clear one before the next one appears. They all shoot at you from a far so it’s important to move quickly and shoot efficiently, in some of the areas you can easily get overwhelmed. Some are harder to kill than others but luckily you have a reasonable arsenal to choose from. At the beginning of a level there is a shop like screen. The coins you collect from downing enemies can be used to purchase weapons such as a shotgun or the highly effective Rocket Launcher. You can also buy buffs like faster bullets and the ability to pick up coins that are close to you instead of you having to to actually touch them. The Rocket Launcher is great, when you get that you’ll have loads of fun but bear in mind the explosions will bounce coins all over the place. You have a health bar which drops when hit but in most of the modes you will be able to find health packs to bring it back up. Unfortunately there are no end of wave bosses which would have added a little more strategy to the gun running. The shooting and running you do in Super Destronaut: Land Wars leads to a very entertaining experience. 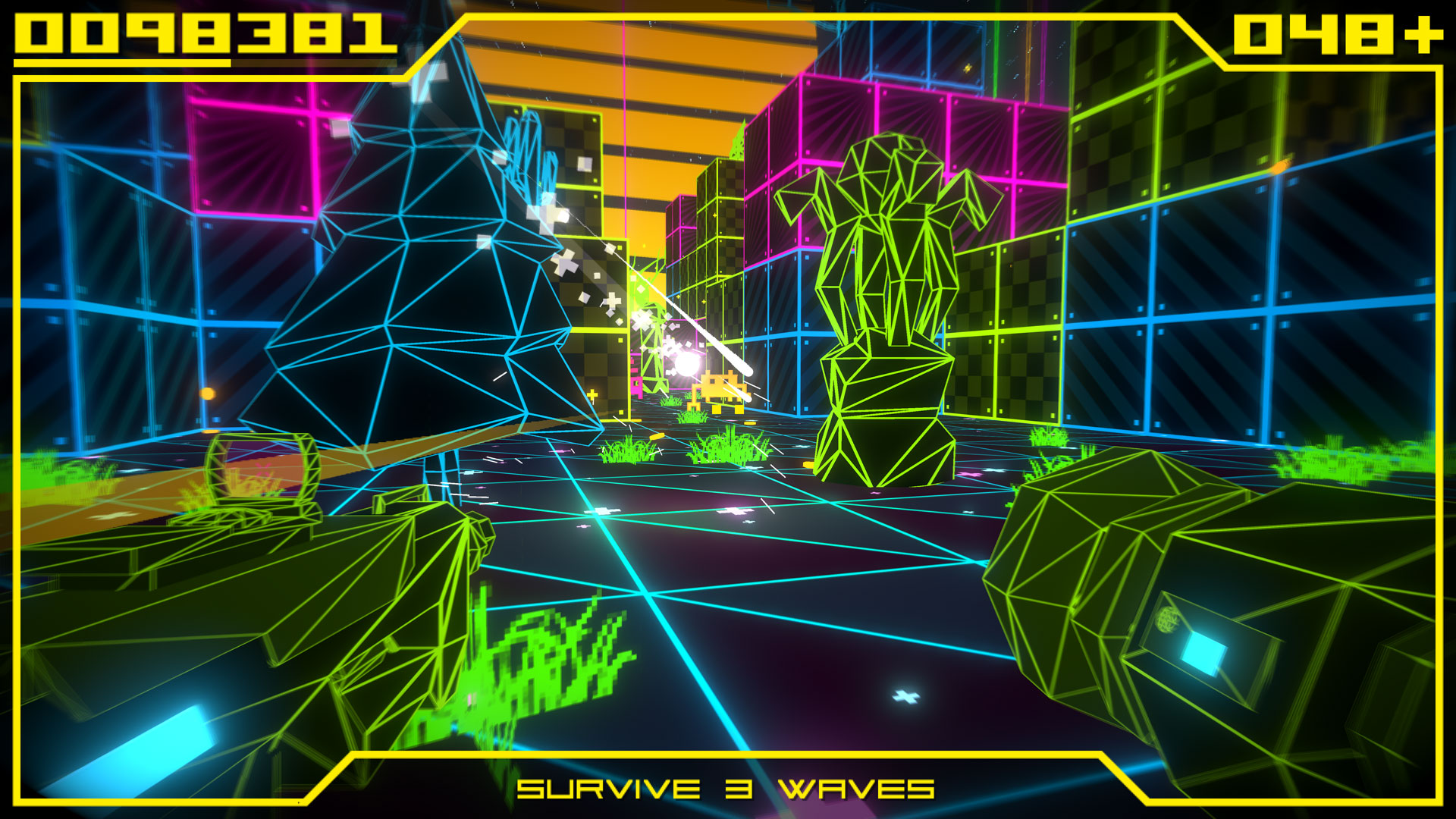 Those enemies in space have come down to meet you on land in Super Destronaut: Land Wars!