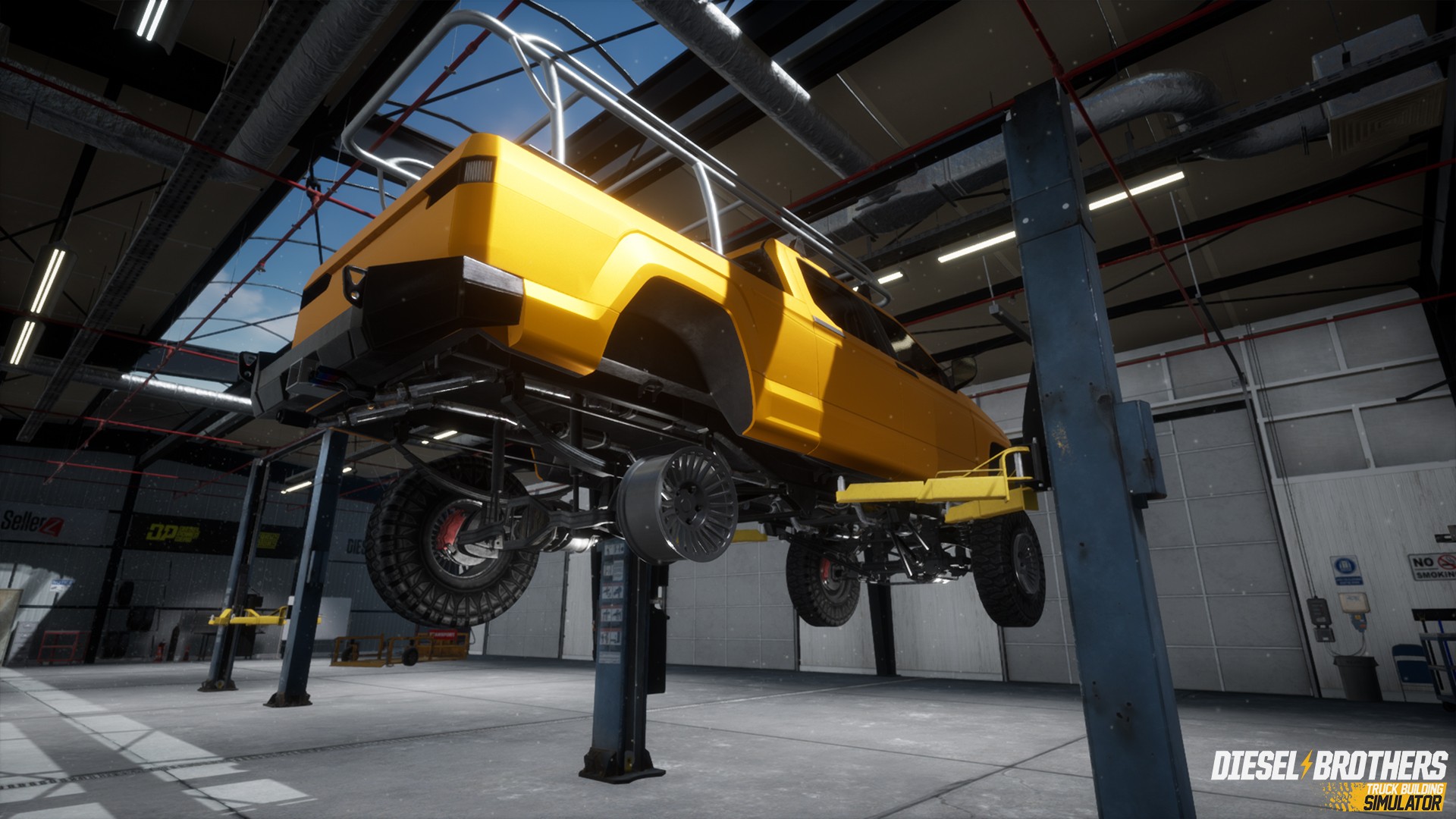 Diesel Brothers: Truck Building Simulator came out on May 10, 2019, and was published by Code Horizon and PlayWay S.A. It’s a truck building and racing simulator based on the Diesel Brothers TV show.

When you get first thrown into the game you’re faced with a lot of tutorials explaining the basic mechanics. They’re presented via short videos that explain what certain machinery does and how different places on the map have different purposes. In addition to this, the first 3 orders you get are all executions of the instructions you’re given before, so the game starts to open up properly right after these 3 practice scenarios.

Graphics-wise, this game looks pretty good. The graphics aren’t even nearly comparable to the latest AAA games, but they still look fairly realistic except for the character models who look like they’re made out of paper mache. Overall the car parts and models all look great and with the exception of a rare graphical glitch, there isn’t much to complain about here. 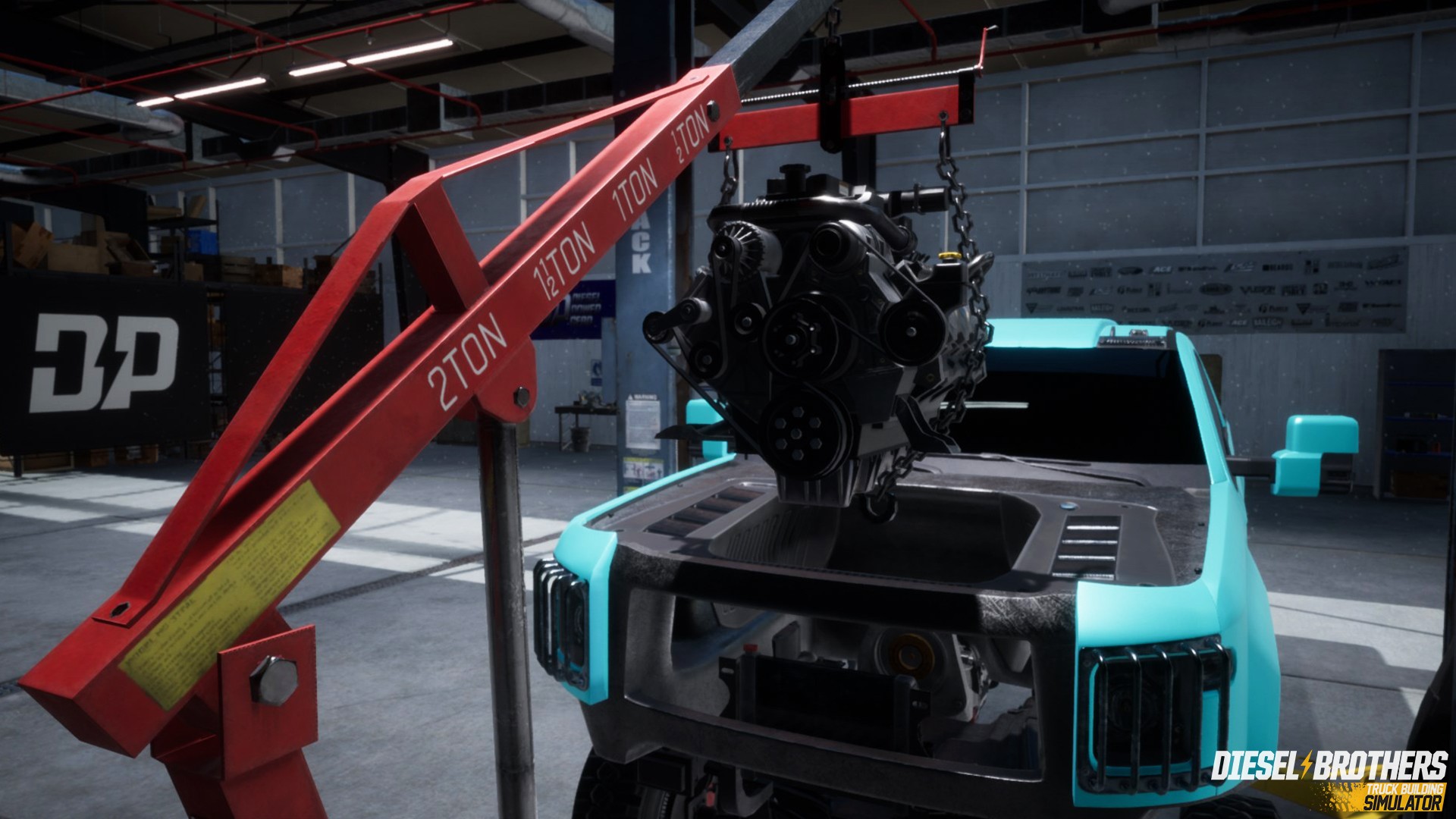 Onto the gameplay, as expected from the title and the game’s description this is a pretty in-depth truck building simulator, similar to the Car Mechanic series. Your main objective is to get orders finished. These mainly consist of getting new parts for cars that come in the shop or fixing older parts. This is the main way you make money in the game. You can disassemble almost every part of the truck you think of and there are proper tools to use in order to ‘rejuvenate’ any of them. In order to look for new parts, you can either buy some at an online store or look for used parts at the Scrapyard. The only downside with these is that often they have to be repainted or the corrosion that some of them have has to be removed. This is done through specific points in the map that you can fast travel to from anywhere and have their own separate tools.

The overall movement between sections is quite speedy in this game and the loading screen wait times are minimal. Whenever you’re finished with screwing all the parts together after removing and replacing them you can finish an order and move on. The orders a lot of the times have certain time limits in which they have to be completed, but even though they’re short I feel like if you’re somewhat decent at the game you won’t have any problems. There’s a couple of other optional modes we need to talk about. After you reach a certain number of fans (completed a number of orders in-game) you can race with your vehicles. This includes Drag Racing and Offroad Racing. The driving, although not as in-depth as proper racing games, feels great. Even if you’re not into races you can test out your vehicles at the Playground section on the map. There’s also multiplayer, which is surprisingly quite fun as you get to do things like Truck Build-offs with your friends. The one problem that the game had was that at launch it ran poorly and there was a slew of bugs to be fixed, but these things seem to have gotten ironed out. Overall, I think this is a very strong one as far as gameplay is concerned. 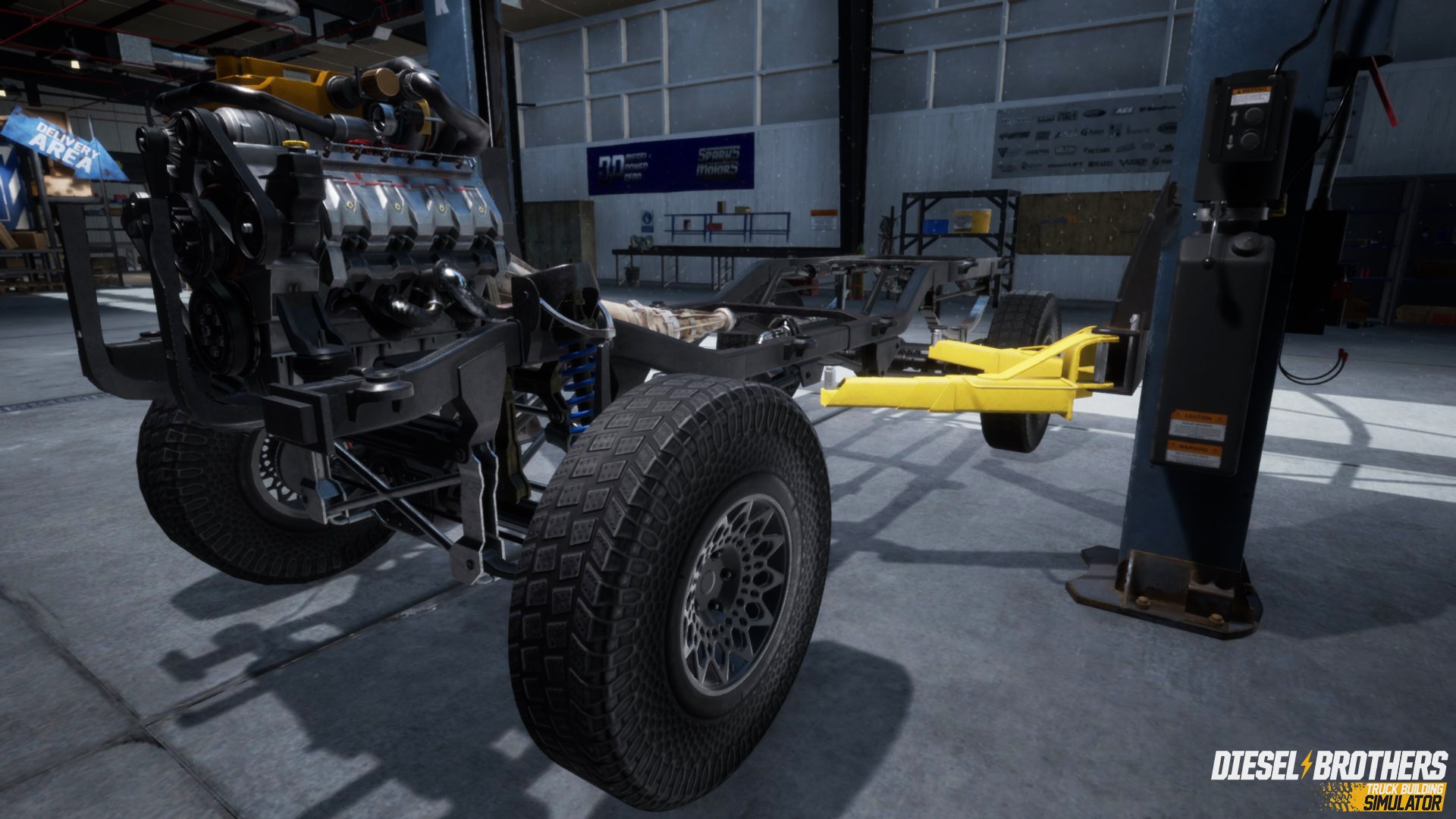 As far as the sound design goes, I really like how the cars sound in this game, and the specific sound effects all sound realistic and unique for each different part. The soundtrack is fine, but there’s not really anything memorable to talk about.

The replayability in this game, on the other hand, is great as you can try out a slew of different modes, and multiplayer is always appreciated for these games and adds a ton of playtime.

As far as accessibility goes, this one requires some practice for sure. The controls are complicated at all, but the game requires you to understand a lot of different mechanics and tutorials. I’d recommend it to anyone that likes these types of simulators, but to anyone else, this takes some time to click.