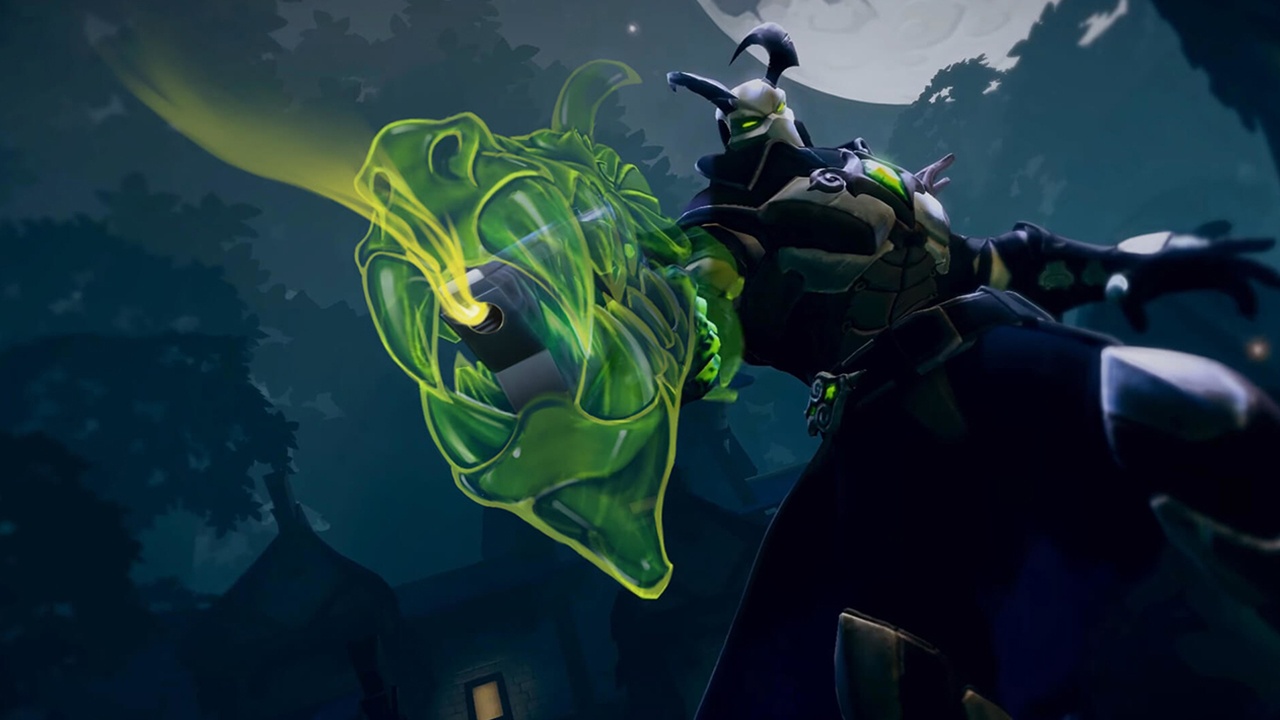 In a world where a new battle royale game is announced every month, on game goes on without being effected by the surge of the royale genre – Overwatch. It makes sense that Overwatch would be the standard for the MMOFPS genre, so when Paladins was announced from Smite developer, Hi-Rez Studios, the world called it an Overwatch clone. There are some cases where Overwatch influence is obvious and the overall feel of the game does have a very ‘Overwatch’ feel, but to write it off because it plays like a very loved game is a mistake in my opinion. With Paladins being the first to come to the Switch, it makes the game stand out more than before.

I will get the negatives out of the way first, but don’t let that push you away. People comparing this to Overwatch aren’t wrong – they have very valid points, after all it is a team based objective game with several champions, each with different roles and ultimate abilities. Out of the impressive 37 champions, there are more than a handful that seem like Hi-Rez weren’t even trying to cover up the inspiration. Androxus for example, the design of the champion is obviously based off Reaper and the weapon has a very McCree feeling with his famous ‘Fan the Hammer’ ability being called Defiance but being practically being the same. Another character Fernando, the Reinhardt clone. The similarities between the two are even more obvious. He is a bruiting knight in shining armour who moves slower than most other champions, has a big shield he can bring out, a charge and a fire strike. The only difference is his primary weapon being a short-range flamethrower. The champions are one thing but the game modes are another; team deathmatch, siege and onslaught. Team deathmatch is pretty standard but siege – capture an objective and escort the payload. It isn’t such a big deal since escorting a payload isn’t exactly a new concept in gaming but that mixed in with the Overwatch feeling champions makes it feel like an Overwatch clone and not its own game. It doesn’t help how the art style is very reminiscent of Overwatch. In most cases it’s not a bad thing since Overwatch is a beautiful game, but when you are competing with them, you want your game to stand out and not be looked form the outside as a clone. 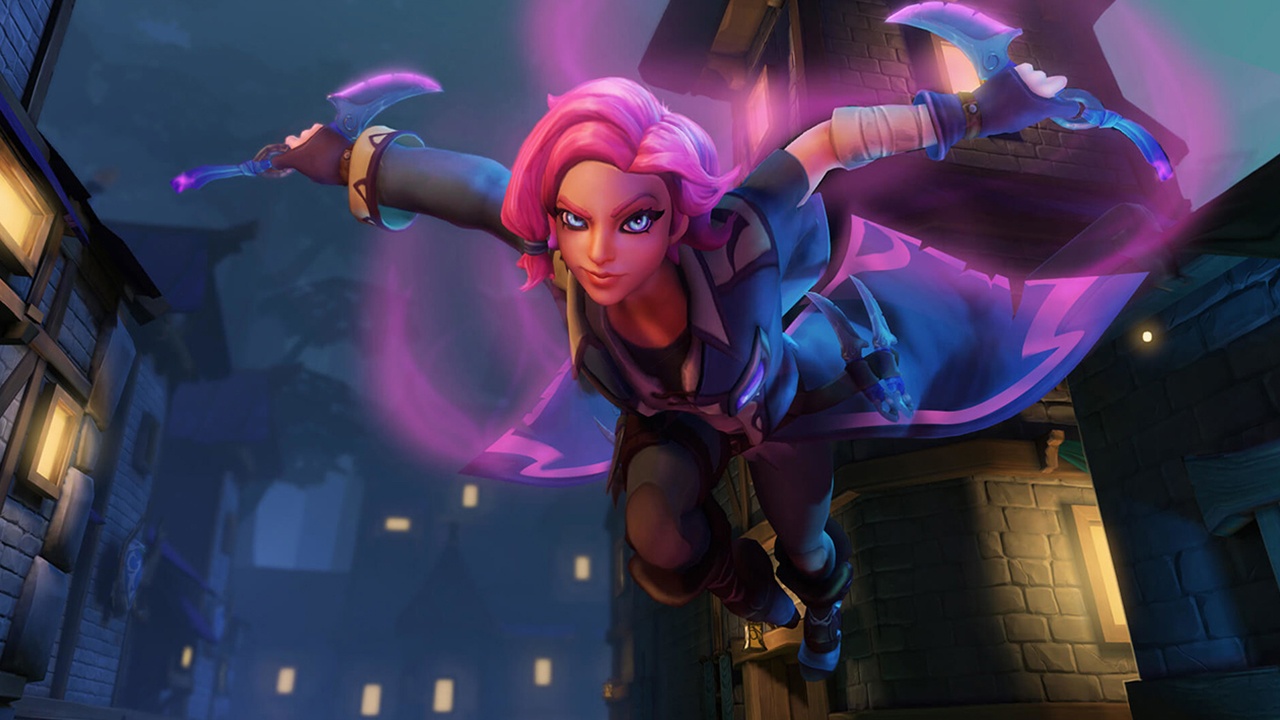 Now onto the good stuff! The 37 champions are very diverse in the way they play. It is helped by the different roles they play as the game splits them into Damage, Front Line, Flanker and Support. The smallest group is Support with 8, but the other groups don’t have much more so it is very balanced. From the handful of champions I have played, there are some that are very easy to pick up and there are more with quite a steep learning curve but can dominate with practice. The game seems to have a lot less focus on teamwork in the casual game modes with no real incentive to have a good team composition like in Overwatch, but it gives the game more of an arcade feel without the stress of a teammate not playing the champion the team needs, and just having fun. The champions – aside from the few with outside inspiration – are very well designed, each with their own personality and style. It is quite good going through the vast roster and just reading up on the characters. It is quite impressive considering there are so many!

The maps are also well designed with personality thrown into each one. The colours pop and whilst playing, there is never any trouble telling the players from the map with the colours contrasting well, even at a distance. The founders’ edition will set you back about £25, but Paladins will be made free-to-play in a few months. The founders’ edition includes a few goodies such as unlocking all champions off the bat, voice packs and exclusive content that will carry over when the free-to-play version comes out so you can stand out in the crowd. Paladins already has over 25 million active players worldwide on all platforms, so expect it to shoot to the top spot in the e-store. 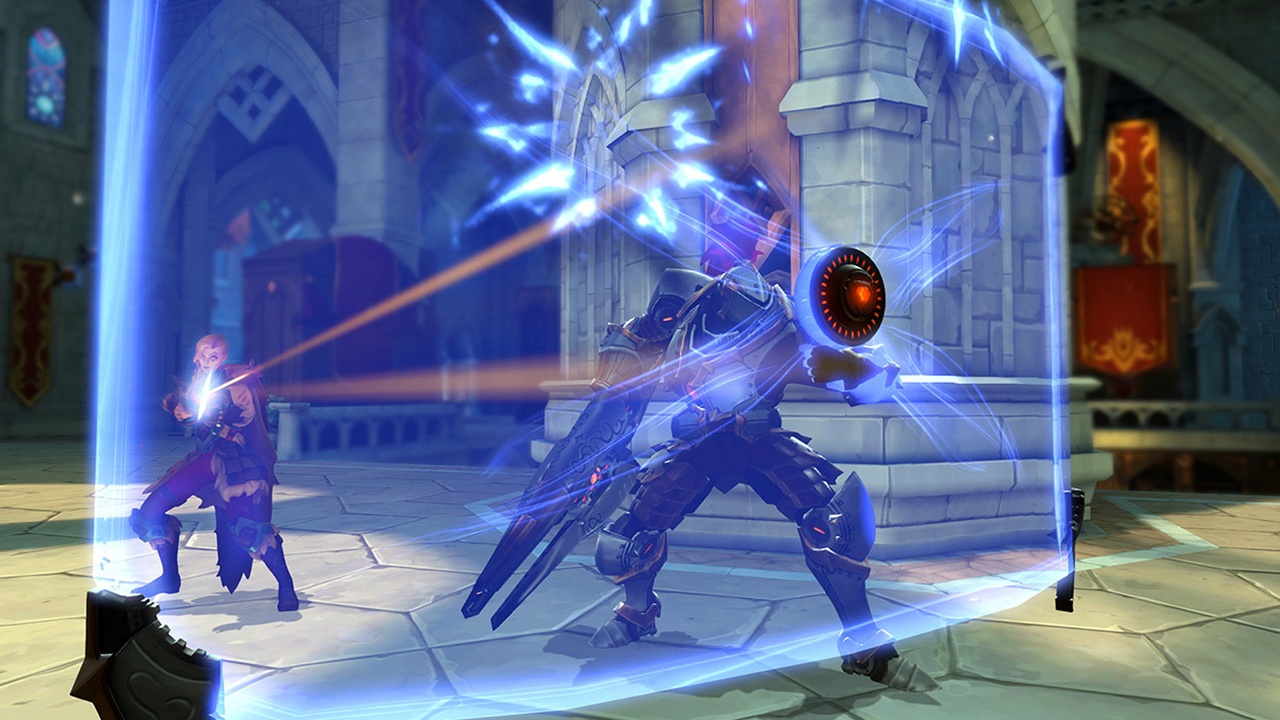 One major difference that sets Paladins apart from the other games in the genre is the use of a deck building system – you can become an iron sights sniper, a grenade-slinging explosives expert, or a track star with an assault rifle – all as the same Champion. It really makes for great customization and a lot of replayablity to find the right combination for you.

All in all, if you look at this game with the veil of an Overwatch clone, it is hard to get into – but if you put that aside and look at this game as its own game, it is a lot easier on the Switch, you will find that it does have a lot to offer. Having this type of game on the Switch is something I personally have been wanting since I got my Switch. It plays very well and as long as you have a stable internet connection, little to no lag can be felt. I would recommend this game to anyone who likes Overwatch and has a Switch, just put the similarities aside.