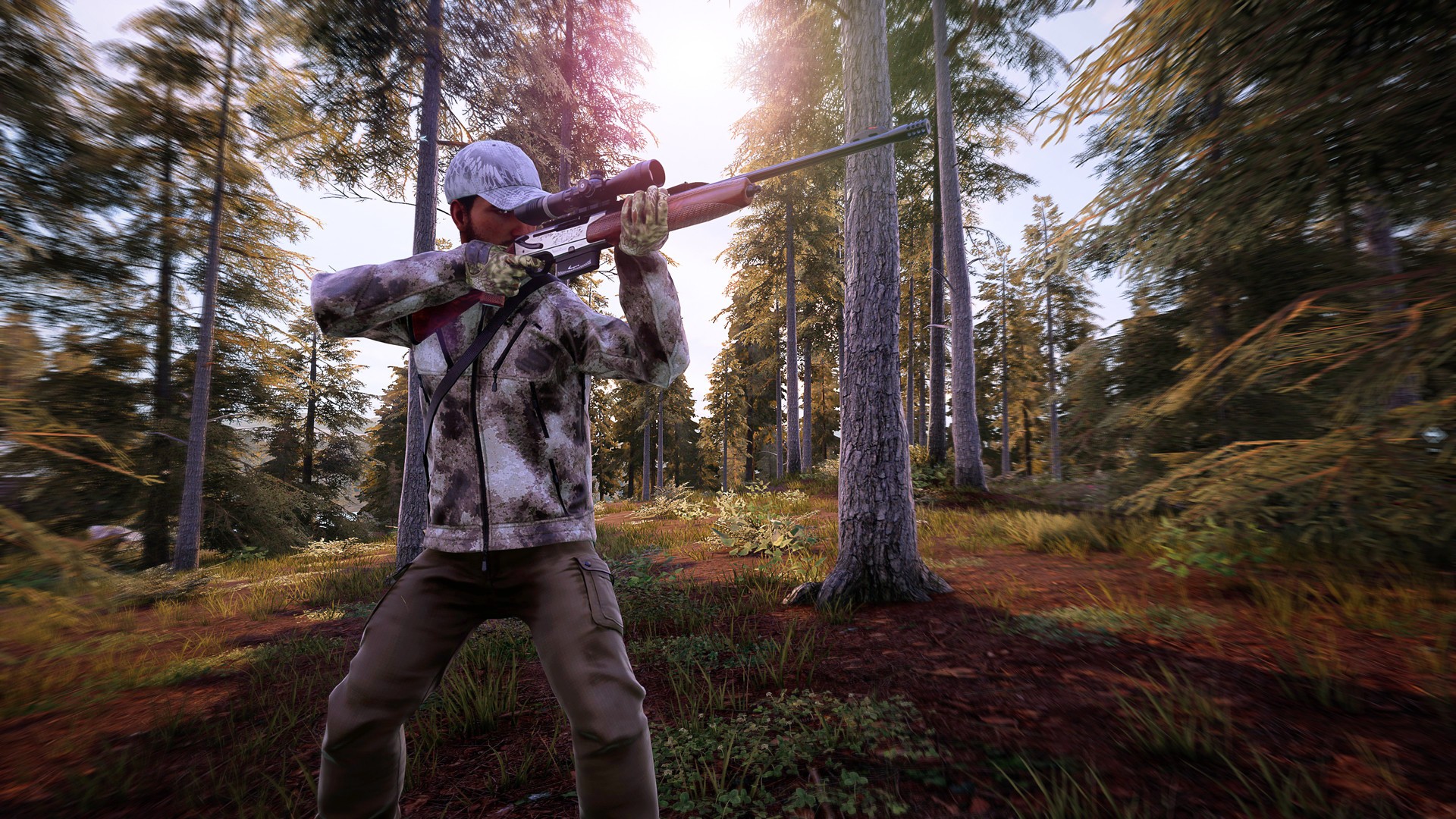 What happens when you’re given free rein to do as you please in an open-world arena full of wildlife and abundance of guns? Chaos. Most likely, anyway. Hunting Simulator 2 gives you the freedom to explore seemingly endless trails to track, shoot and bag up a host of species, all in their natural environments. However, some rules apply and a great deal of patience is required to get there.

In the game players can navigate through three regions with two variations of environments to explore, each with their allocated pot of animals to hunt down with dazzling lighting effects and appropriate weather associated with the territory. You’re able to explore all these regions from the outset. Shortly after completing a tutorial, you need to choose carefully where you go as you’re likely to be locked into that location for a reasonable amount of time until you earn enough to purchase the right tools for the job, as well as the required licenses.

To hunt an animal, you need the appropriate license to do so; otherwise you’ll be fined and won’t make any progress. So if you have a license for a moose, that doesn’t give you the authority to hunt an elk. Seems understandable, but there are over 30 species in the game, and you need licenses for each one, and the specific location. Starting the game, you can buy most of them up beforehand and still have some money left to purchase some gear. Still, it’s advisable to balance it out a little as locating your targets and successfully getting them back to your cabin can be a timely process. 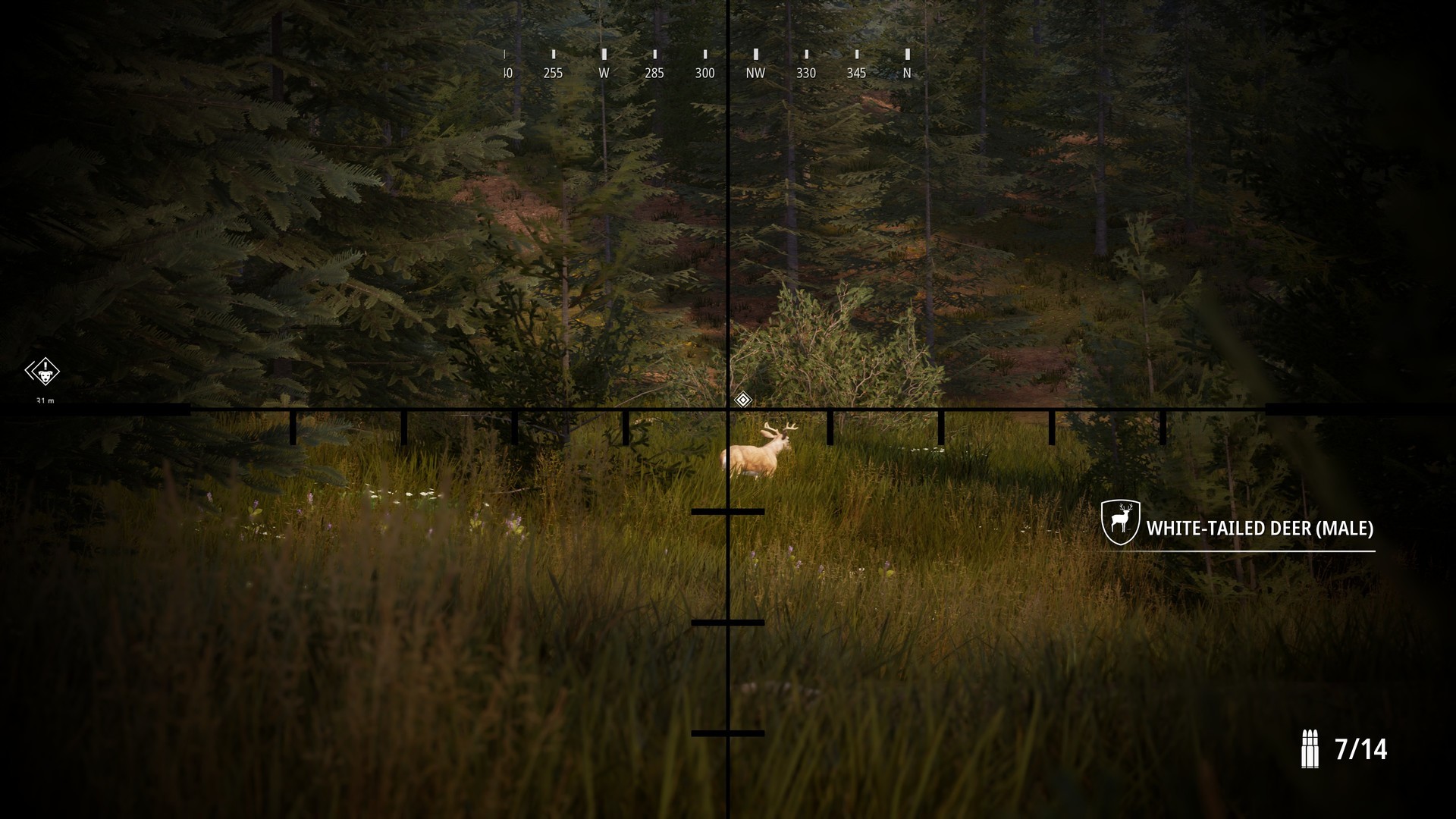 Once you have your loadout sorted, you enter the wilderness with your companion – a hunting dog from a selection of three different breeds, which you can name to make things a little more personal. Each dog has three different attributes that you can level up with time, such as your bond with them: drive, expertise and stamina. The latter helps when they are tracking an animal when the trail is still fresh – if they run out of stamina; they lose the scent and you have to try again. Should they do a good job, or you’re compelled to show some affection, you can praise and pet them, increasing their drive. Having the dog is excellent company, but even when improving on their skills, they can be a bit hit and miss with finding a particular animal, and you may find that you can do a better job. With the smaller animals, you can analyse and follow a track that will show on screen – a bit like The Witcher 3 – so that you can track them down.

The elements such as the wind, and also your scent, can affect whether animals can sense your presence, but you have a couple of tools at your disposal to assist such as a scent mask or wind powders. Other options include lures and callers to attract an animal in your direction. Like a typical sniper game, you can dig into one location and wait for the best opportunity – from towers to merely crouching in the wilderness; Hunting Simulator 2 is a strategic game. If you can exercise some patience, the rewards can be fulfilling. Shooting animals is a mixed bag. Though the game has an arcade feel to it, despite being a simulator, aiming isn’t entirely easy as you’ll frequently have the scope shake when looking down the barrel. As the majority of your shots will be taken at a distance, the accuracy is a bit off and can be quite challenging. It’s quite tempting to let off a few shots with the risk of scaring off the surrounding wildlife, but also getting fined for unethical behaviour.

Hunting Simulator 2 isn’t a game for people looking for an adrenaline rush or for firing the equivalent of a small army’s ammunition supplies – there’s plenty of alternatives for that. Some of the restrictions in the game are a little frustrating, such as hitting an animal too many times, which is deemed unethical, and you’re fined for doing so. If you see an animal limping off, I’d like to think most people would end its suffering, but finishing it off will cost you, so you have to sit back and wait. When you go to collect your reward, you bag the animal and need to return to your cabin to claim it. Here you can either opt for money to buy new gear, or add as a trophy, and it will be mounted on the walls in your home, the hub of the game. Each to their own. But I’m not a fan of taxidermy and always needed the money so cashed in whenever (plus to pay the fines). 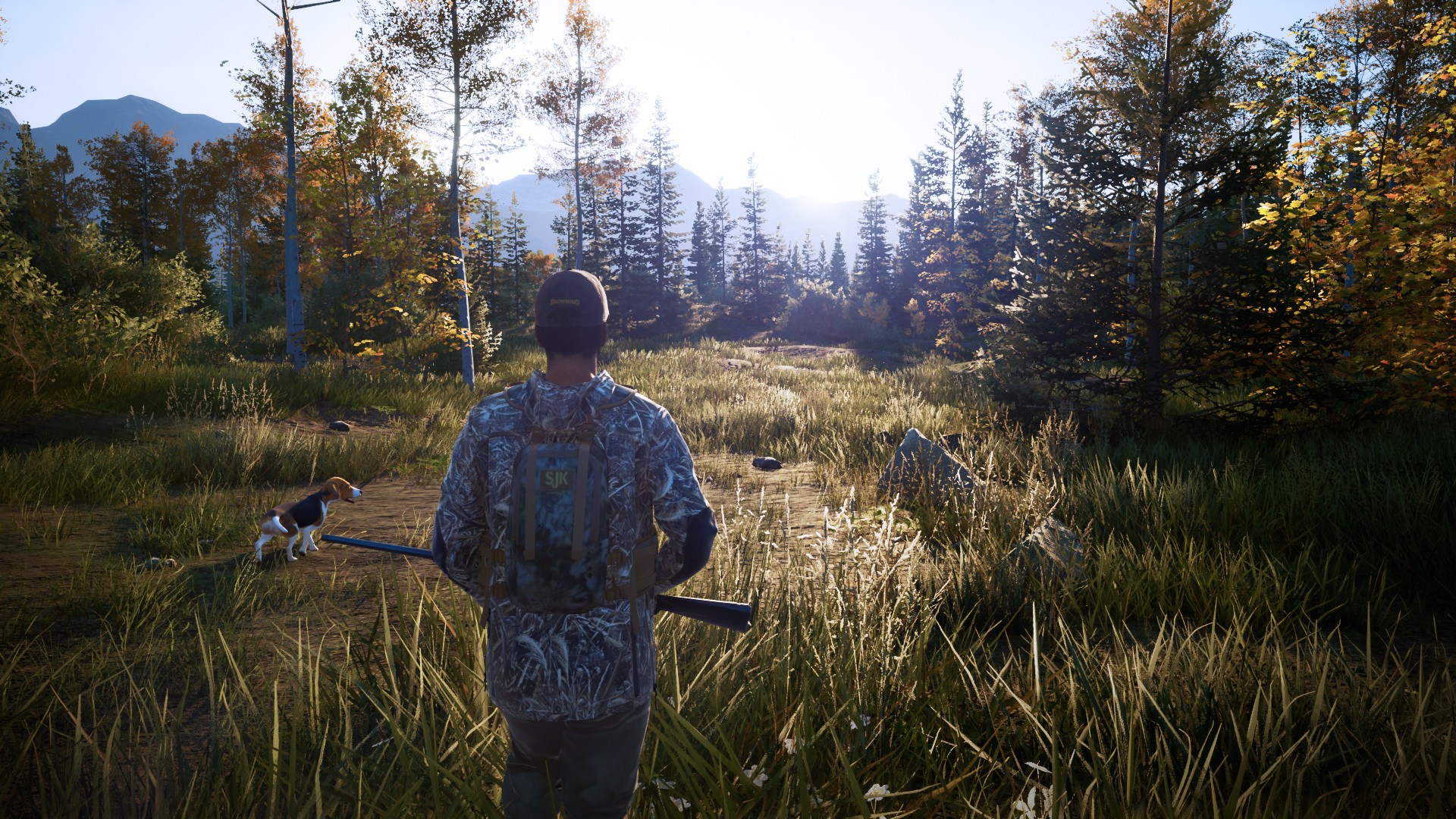 While at your home, you can go online on your computer and purchase new items. The key section is the weaponry where you can buy new rifles, shotguns, semi-automatics and bows. The latter is excellent for those liking the stealth approach (which is the premise of the game anyway), but the caveat of looking so cool is you have to get up relatively close as the range is poor. You need to regularly buy ammo and need to make sure it’s compatible with the gun and right for the job. I’d often shoot at a bird with the same ammo as I would use for a bear, but again, would get penalised. That side of things was a little confusing. Other than the tools, you can also buy clothing that helps you blend in with the environment.

The hunting game is one of patience, and Hunting Simulator 2 follows that model. Yes, you will be moving around more freely, but it pays to find a spot, use a lure and wait for the optimal chance for taking your prey down with one bullet or arrow. Or you can try to go the maniac route and run ‘n’ gun, but that defeats the object, and try as you might, you aren’t going to catch a coyote on foot. I would have liked a little more action in the game, as I was out in the wilderness a bit vacant at times, accumulating more fines than actual kills, but overall, it was an enjoyable experience. Just be prepared to put in the time for the best results.

For the fan of a first-person environment, but wants to take it slow, Hunting Simulator 2 isn’t exactly a chill out game, but it’s not fast and frantic like most FPS-like titles. The fine system is a pain, but the overall experience is a good one.