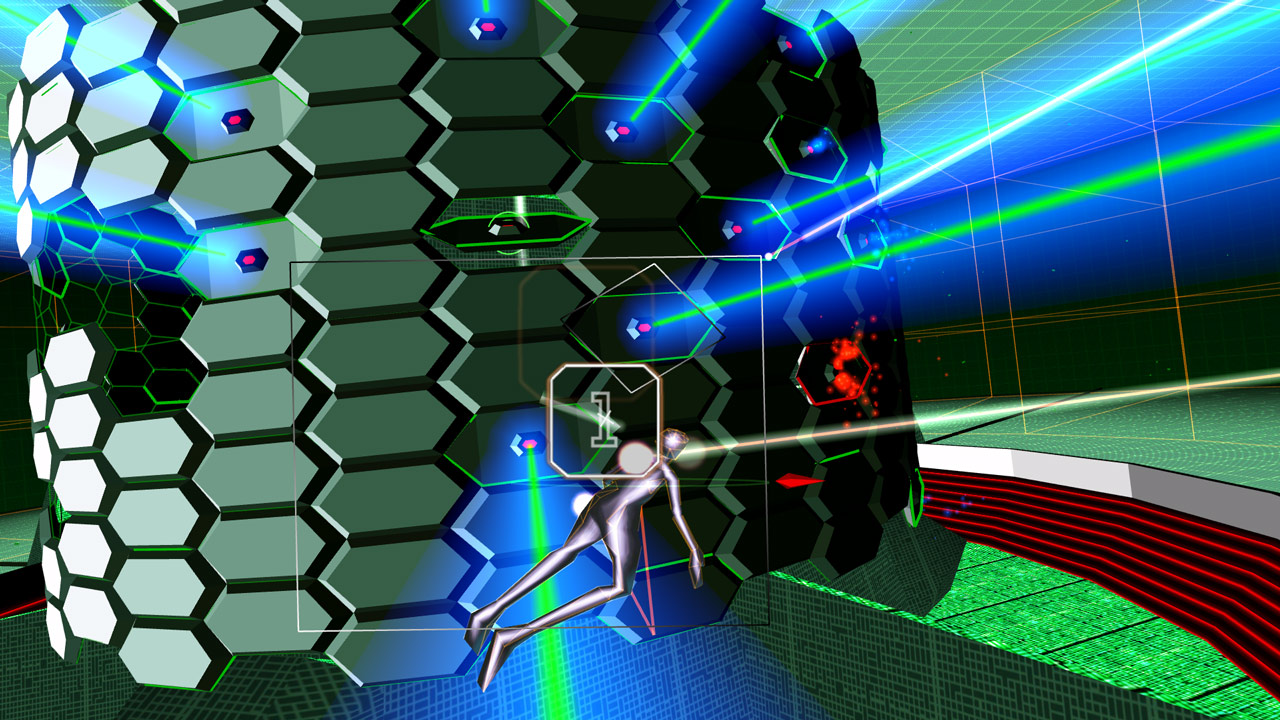 I always worry when I get a new VR that it’s going to be some sort of sensory overload and end up making my brain explode, well unfortunately for the faint hearted, some may find this to be the case with Rez Infinite. Not in the way like RIGS does with regards to having to have a lay down for a few hours afterwards, Rez gives you more of an amazed feeling as you don’t know where to look. It should be said that this game can be played without a PSVR which offers a less intense way to enjoy the fun this game offers, however, I reviewed this copy on the PSVR for those who are daring enough to open themselves to this experience.

The base gameplay consists of you moving at a constant speed and shooting enemies and objects that you pass, you can select multiple targets at the same time if you find yourself swarmed as well. There are different modes to choose from which gives Rez Infinite a lot more depth than a decent amount of games out on the PSVR. And for those who are hesitant, there is even a demo offered in the PSVR Demo bundle; which gives you more than enough chance to decide whether the extensive amount of VR games included tickle your fancy. 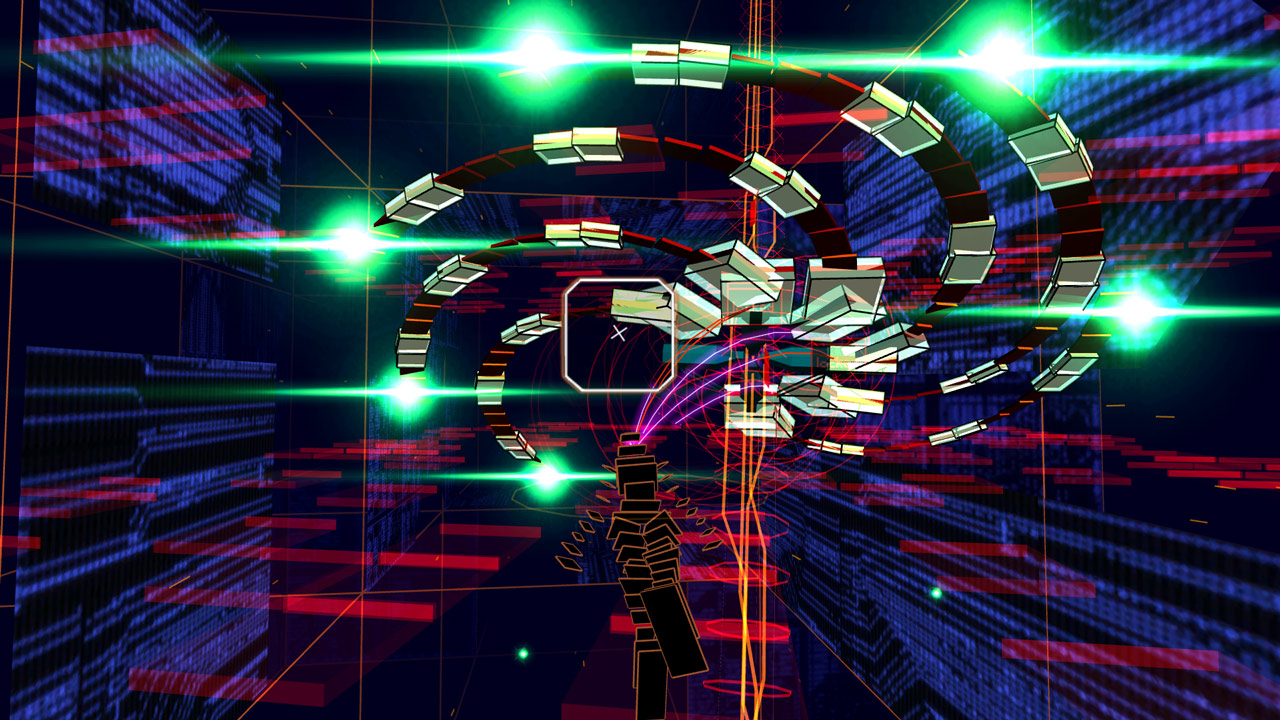 While what you actually control of the game may sound a tad basic, it’s what you see that is the interesting parts. The style of the game is simple yet interesting enough to find cool. There isn’t a particularly easy way to describe it other than futurist but not in a detailed way; but there are screenshots below which will provide a much better idea of how the game looks rather than my description. So as you travel through these vibrant looking settings you don’t know whether to look at the environment unraveling around you, or to shoot that alien looking thing that flying right towards your eyes; and that’s what makes Rez enjoyable.

The reason I described Rez Infinite as a sensory overload as after a while it can all become a tad intense even after one level, in all fairness the levels are quite long so it takes a while before you feel any motion sickness. There is also a mode that stops the movement from being so sickness inducing, which is always a good alternative. But if you are any bit worried by this you can try the demo described above. When I first hopped on this game I wasn’t particularly amazed, I mean it was fun and the environment was interesting to look at, but it felt a little less impressive than on rail shooters like Until Dawn: Rush of Blood. But it is without a doubt a shining example of what VR is capable, and it a good little introduction to VR if your friends are popping over. 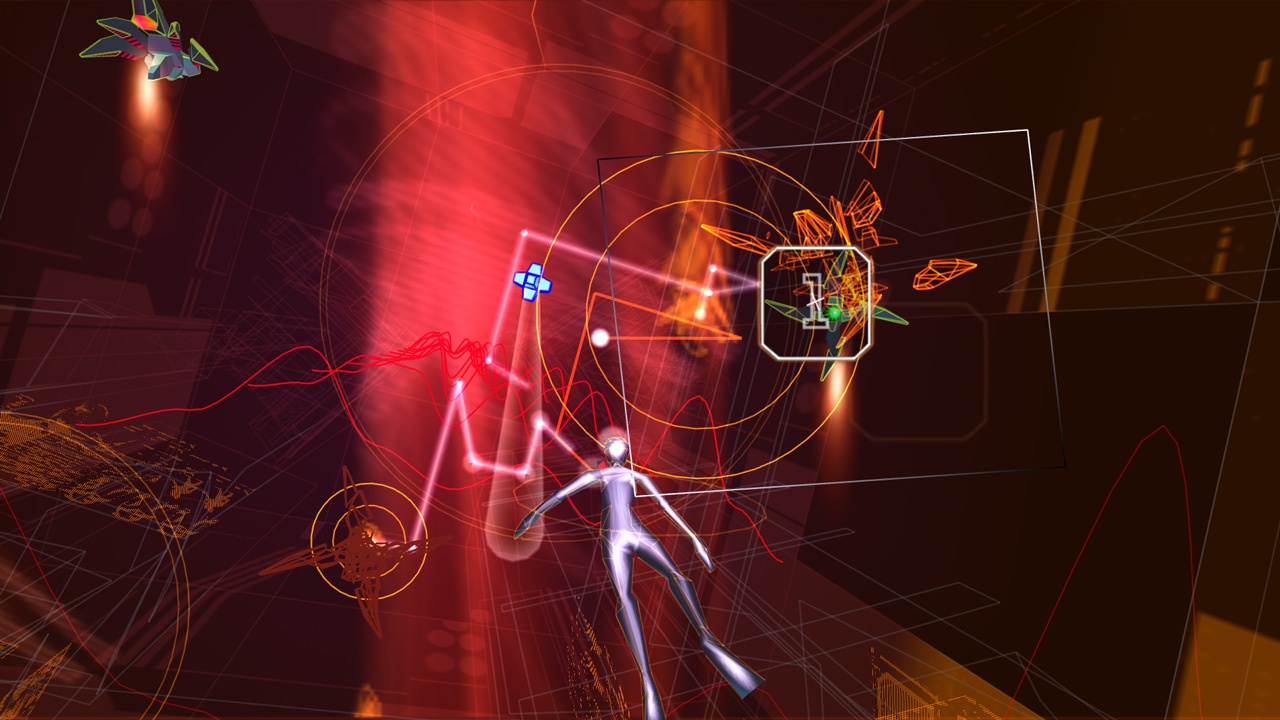 Overall, I’m going to give Rez Infinite 6 out of 10. It is a fun experience which any of your friends can try out without having to worry about feeling sick after 5 minutes. There are different modes to try out like Area X, and a setting that could blow your mind.

Unfortunately I just didn’t find it as fun as Until Dawn: Rush of Blood or Keep Talking or Nobody Explodes, but for those who are fond of games like this I’d say this is worth getting; but those who are skeptical should try the demo and decide from that, as it could either be too crazy for you or just not your cup of tea.