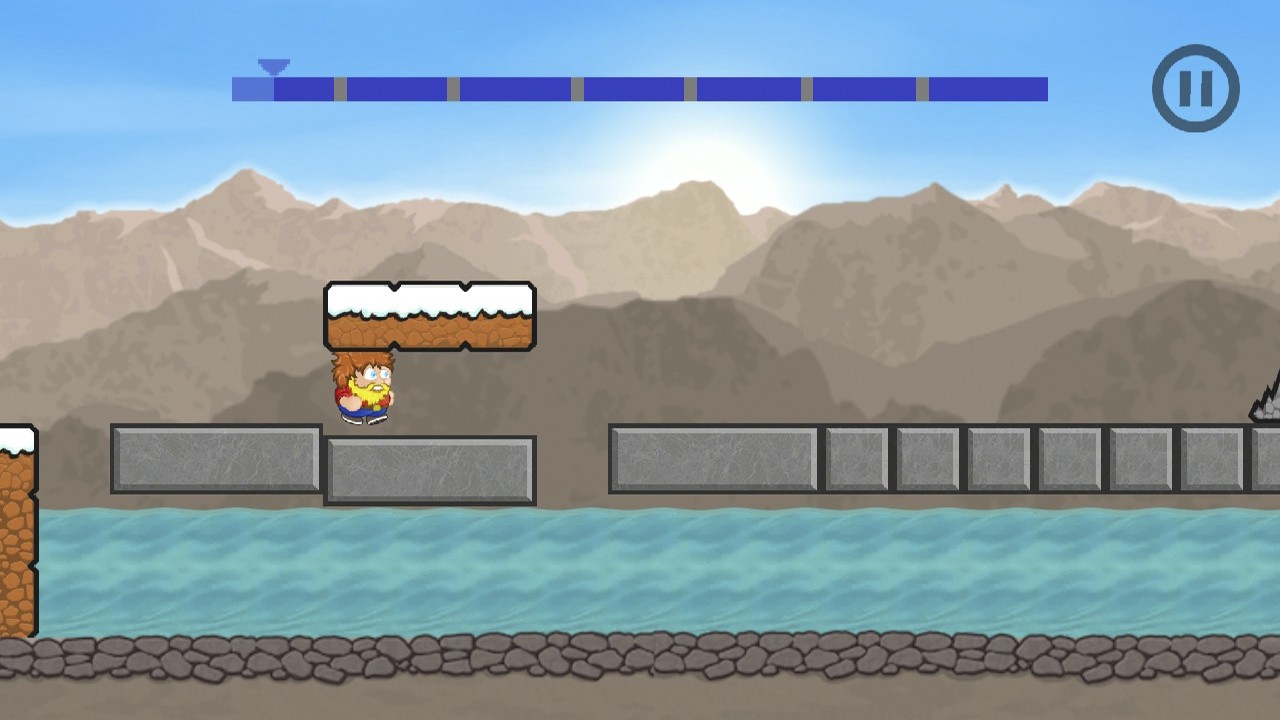 Joe Jump Impossible Quest is an auto-running platformer from developer BlueFX Games, in which you play as the titular lumberjack over ten difficult levels.

The controls for Joe Jump consist of jumping, by pressing the up or right arrows, the A, B or ZR button or by tapping the left side of the screen, and throwing axes to break obstacles, by pressing the down or left arrows, the X, Y or ZL button or tapping the screen’s right side. It’s not the most straightforward system, and it can take some time to get adjusted to the mechanics of the game. Even if you figure out a method that works well for you, the controls are far from reliable. When jumping in quick succession is vital, Joe often can’t be trusted to do as such even if you’re button-mashing.

There’s nothing about Joe Jump Impossible Quest that makes it stand out from any other auto-runner, except perhaps its difficulty level. The levels are notoriously hard to get through, and even the tutorial took me over 70 attempts to complete. It certainly has the potential to make any gamer want to rage-quit, which is a plus if you enjoy a challenge – otherwise, it can lead to people quickly giving up on the game. 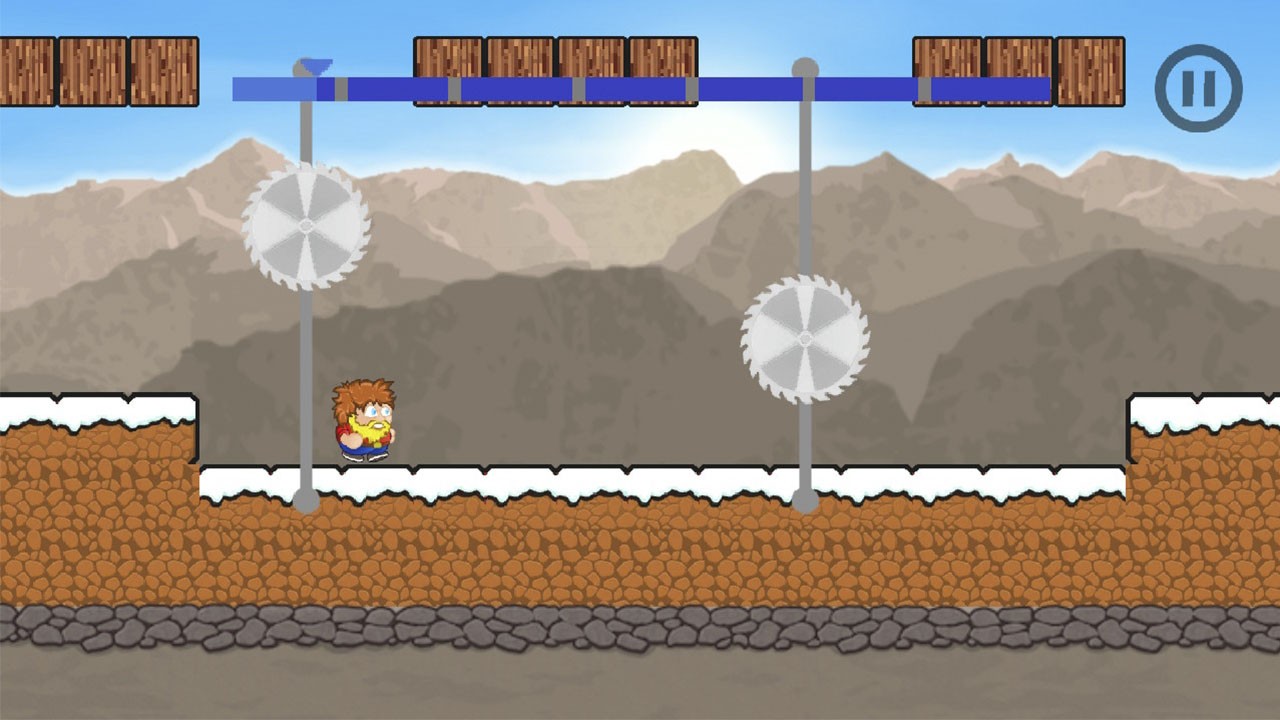 Not only is Joe Jump maddeningly hard, it rewards memory rather than skill. Clearing a level in the game requires memorising certain patterns more than it requires proficiency at platforming. This isn’t a bad thing necessarily, but it means that there’s a lot of trial and error involved in completing a level, since, while some obstacles can be hard to clear, others are often downright impossible to anticipate.

The graphics are simple to the point of looking like a mobile game – and Joe Jump could very well be a mobile port – but clean enough to look relatively decent. The sprite of Joe himself is a little unpolished, as are his running and dying animations, but the background is nice enough. It’s far from being a pretty game, but the graphics aren’t the worst thing about it.

The music in Joe Jump Impossible Quest isn’t particularly memorable or unique to the game in any way. The only music is a relatively relaxed tune that serves as adequate background noise – it doesn’t especially enrich the experience of the game. A quicker tempo and more energetic beat would have fit more with the auto-running aspect of the game, similar to the music in Temple Run, for example. Similarly, the sound effects are nothing special and often veer on crude. 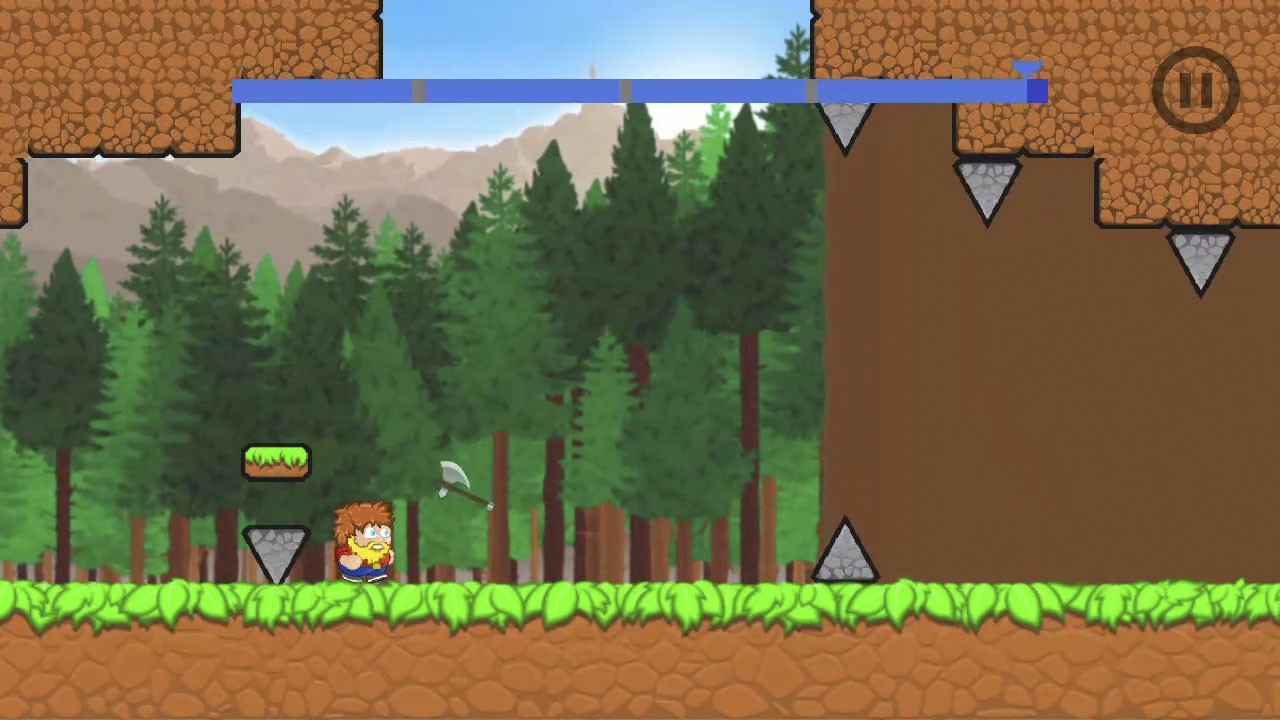 As mentioned at the beginning of this review there are ten levels in total, so this isn’t a huge game, but it’s big enough for the type of game it is. If you choose to have the progress bar visible, you’ll see that the levels are split up into four different sections with checkpoints at the beginning of each section. This is a plus for Joe Jump considering how incredibly easy it is to die. With the checkpoints, the game is still difficult – without them, it would be near impossible.

Ultimately, Joe Jump Impossible Quest is a cheap, simple game that could have come straight from a mobile app store. It’s okay to play in short bursts and it might be the game for you if you’re up for a real challenge, but even with the cheap price tag, I wouldn’t say it’s particularly worth purchasing. For other auto-running games with a lot more ingenuity and fun as well as an enjoyable difficulty level, there’s Geometry Dash and Temple Run. They’re classics that each does something new with the auto-running genre. Sadly, the same can’t be said for Joe Jump Impossible Quest.

Joe Jump Impossible Quest is a simple game that could have come straight from a mobile app store. It’s okay in short bursts and it might be the game for you if you’re up for a real challenge.