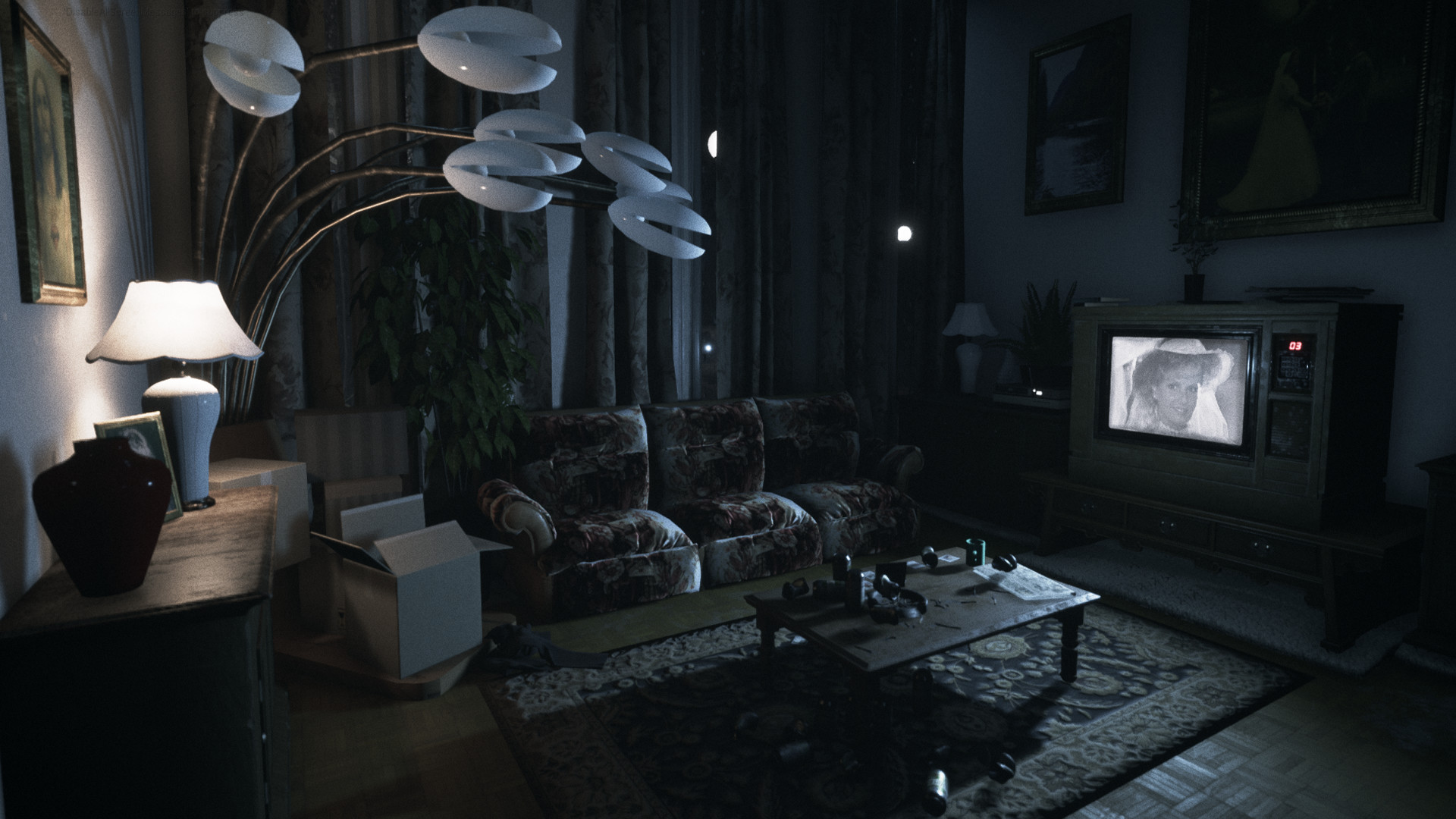 Psychological Horror titles have come a long way in the last few years, and this sub-category of the Horror genre seems to be increasingly popular on the Indie scene, as well as elsewhere. Visage attempts to capitalize on this trend, filling in the blanks left by other, high-profile projects that were cancelled prematurely. Visage was released on October 2nd, 2018, from SadSquare Studio, after a considerable amount of time in post-Kickstarter limbo. Officially backed in March of 2016, by yours truly among over 3200 other backers, Visage promised an immersive, atmospheric Horror experience á la the cancelled PT and Alison Road. But does Visage live up to its promises, and the lengthy delay between funding and launch?

Visage begins in an elaborate, sprawling house after a confusing and rather graphic opening cut scene. The introduction does what it sets out to do: It raises numerous questions about what the hell is going on here, what violence awaits the player, and who the scary monster truly is. Dense, cloying shadows greet the player, and the use of lightning is excellent in the sprawling labyrinth of these realistic, urban environments. The heavy patter of rain on the roof and window panes sets a tempo, driving exploration from the first moments on the set. A phone rings – your helpful, noisy neighbour is concerned by your unexplained absence. Is it me you’re looking for, Rose? Small, subtle clues hint at nefarious occurrences – light bulbs explode, a clock ticks menacingly, lamps in dire need of new bulbs pluck the player from light and into heavy darkness. The house seems normal enough, if messy; but eventually, strange, cryptic drawings start to appear on the walls and ceiling. Have the kids been using crayons again, or is something far more sinister leaving clues? 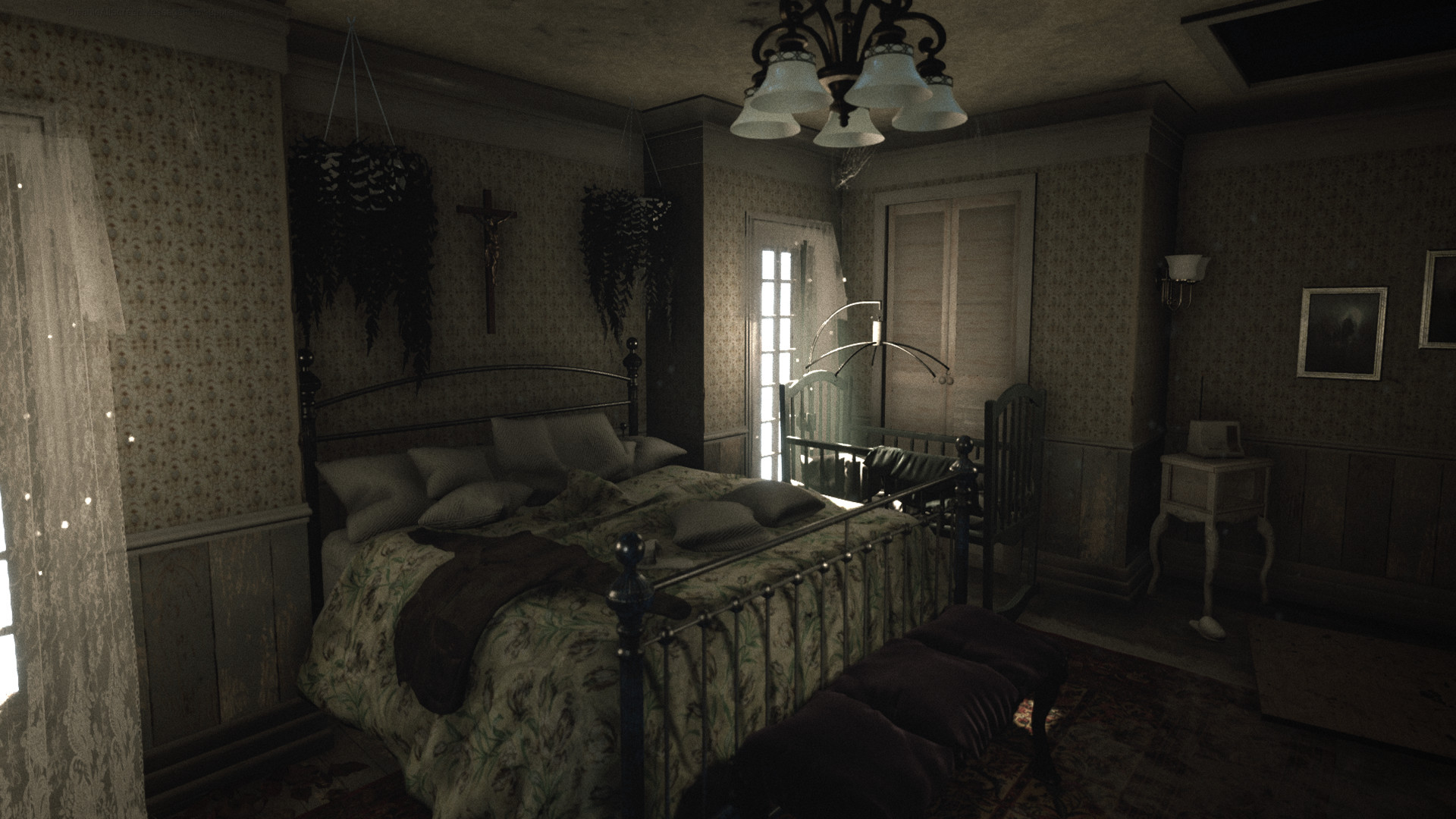 Unfortunately, Visage suffers from momentum issues right out the gate, due to an overly clunky, frustrating interface. Your sanity – which drains continuously, but especially when something paranormal happens – can be cured by eating pills. Sadly, it’s incredibly easy to suck down a bottle of pills rather than retrieving your lighter or picking up a set of keys. It diminishes the realism and creates an unnecessary level of difficulty. When I take a huge sanity hit, only because of a bad inventory system that delayed me, I can’t help but question if that is poor interface design or some sort of intentional barrier for progression. The point is: It feels unfair, especially in a title like Visage that will punish you for dawdling in the dark or ignoring the audio and visual cues that your sanity is too low. I first experienced Visage, as a Backer, when the game launched last October; and, honestly, I was discouraged and disappointed by the experience. So, I gave the Devs some time to put some tweaks in, some patches here and there, hoping that this Early Access title would improve dramatically in the next five months.

Alas, the exact opposite seems to be the case, and Visage is buggier now than at its launch. I suffered from considerable frame rate issues, inventory bugginess, and a few game-breaking problems. For example, I picked up a specific key for a set of doors in the building, but then it disappeared from my inventory – before I finished unlocking each individual barrier. That meant I had to start over, since my autosave happened after the bug. I continue to be shocked that Visage is rated as Very Positive on Steam, and with reviews as high as 9/10 elsewhere on the Internet. As a huge fan of the Psychological Thriller department of Horror games, I desperately wanted to love Visage; I backed it on Kickstarter, followed all the Dev updates, and eagerly awaited the opportunity to stream the title on Twitch. 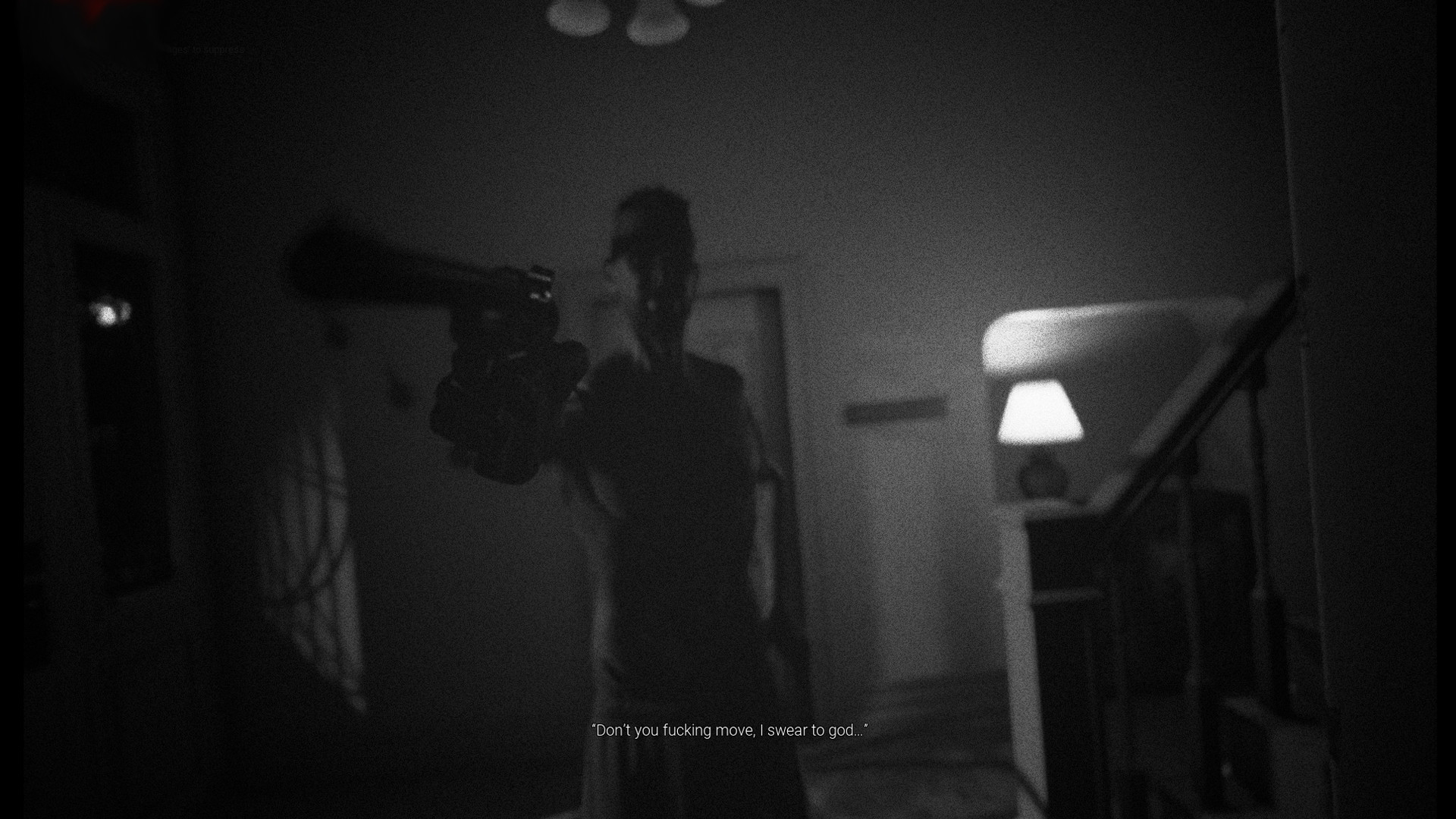 What Visage does well is create a stellar atmosphere, that feels equal parts Amnesia update, paired with elements of many other exploration, creepy-mansion plotline titles. The monster is horrifying, straight out of The Grudge or another Japanese series, and encounters with her are truly heart-pounding. The storyline is a bit muddled, and I had a difficult time following the plot with any real interest beyond wondering what the hell was going on here. The wonky controls and horrific inventory system – not to mention the constant threat of a game-breaking bug – make it impossible for me to recommend Visage. On sale, it might be a worthy addition to a Horror library, but only for gamers prepared to be patient in what should be a sprawling, unnerving but interesting experience.

I hope that the Devs will choose to improve these issues in the future, and there is still hope, considering Visage is in Early Access. However, even after numerous updates this title still plays like an early Demo rather than a game polished enough for release – especially to Backers, who waited almost three whole years to get access – and it makes me question if Indie titles on Kickstarter are worth the investment.

Even after numerous updates this title still plays like an early Demo rather than a game polished enough for release.