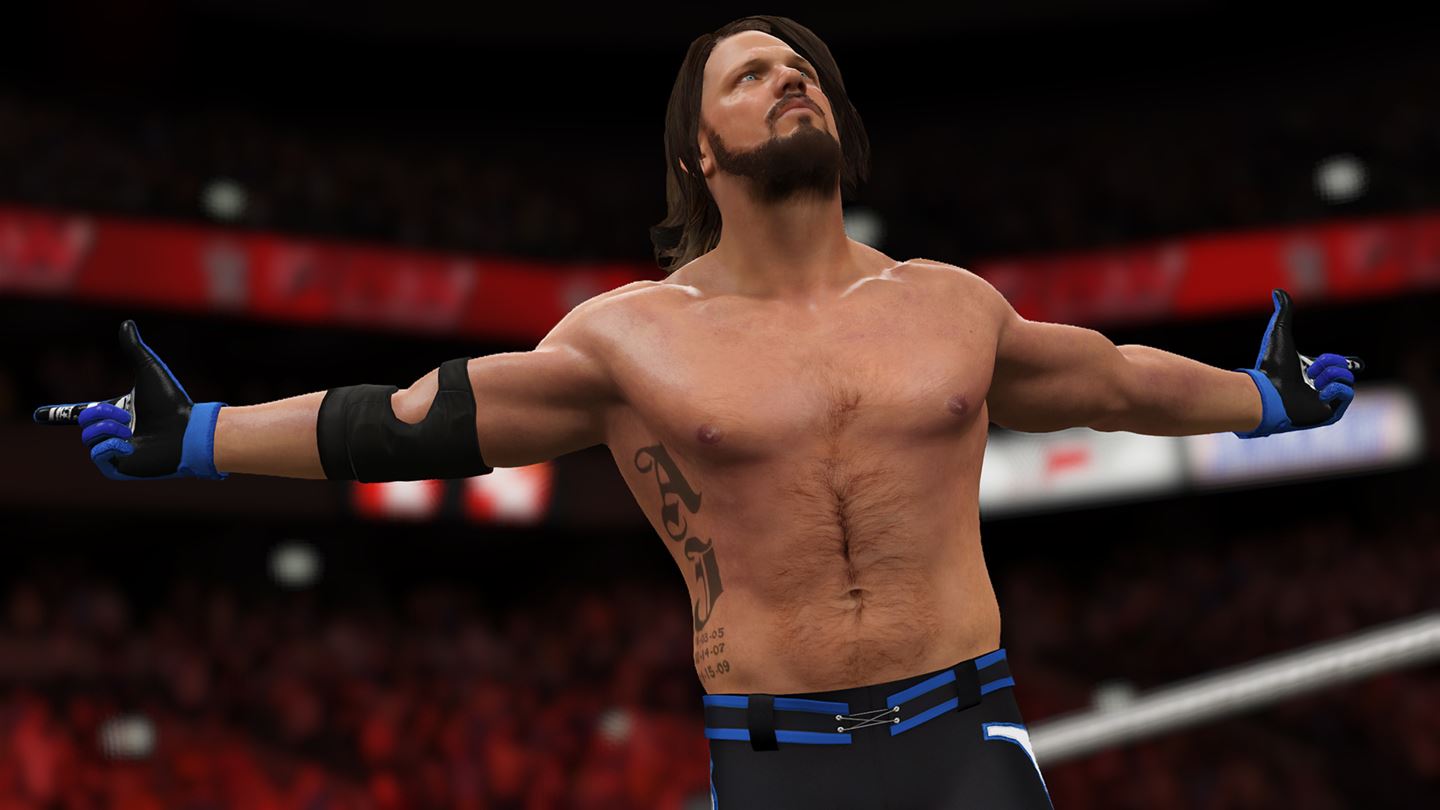 Where the hell is 2K Showcase? I’m sorry, but the 2K Showcase mode has been the best thing about the otherwise largely average WWE 2K series for the past few years, and by removing it in its entirety (and with nothing notable added in its place I might add), WWE 2K17 immediately becomes a less appealing proposition than its immediate predecessors. This omission might (might!) have been acceptable had this year brought with it the kind of overhaul that the series is crying out for, but with only incremental improvements over last year’s release, WWE 2K17 proves a mediocre entry in an increasingly mediocre series.

That might sound a bit harsh on what is a completely serviceable and often enjoyable take on the world of professional wrestling, but being the old git that I am, I still struggle to reconcile the fact that 2K’s wrestling franchise continues to pale in comparison to AKI Corporation’s spectacular run of wrestling games released on the N64 way back in the late 90s. WWE 2K17 is a decent enough game in its own right, but compared to the likes of WCW / NWO Revenge and WWF No Mercy, the 2K series remains a disappointingly poor relation.

Still, it’s what wrestling fans are stuck with, and in terms of pure gameplay mechanics, WWE 2K17 is (technically speaking at least), the best game in the series to date. With new animations, an increasingly fantastic counter system, improved pace, a slightly better sense of weight and much improved targeting, when in the ring, WWE 2K17 is a solid if unspectacular wrestler, one that betters its predecessors, but does not come close to making the kind of sweeping changes required to an increasingly bloated system and its often unnecessarily complex mechanics. Long standing fans of the series will likely scoff at such a statement, but I started a game up with a few friends who hadn’t played a wrestling game since the PS2 era and, well, it was a mess. I suppose it’s unfair to be overly critical in this regard (it does seem churlish to criticize the games’ depth), but WWE 2K would certainly benefit from a back to basics approach.

Whatever you view on the gameplay though, I think we can all agree that not enough has been added to offset the disappointment of the missing 2K Showcase. For a start, I’m not buying the excuse of a more modern cover star not complementing the series’ traditionally comprehensive look into the industries past. The game is host to an absolutely huge roster of classic and contemporary wrestlers and has more than enough in the way of licenses to take another entertaining trip down memory lane (even if it was a mode based on the more recent past). 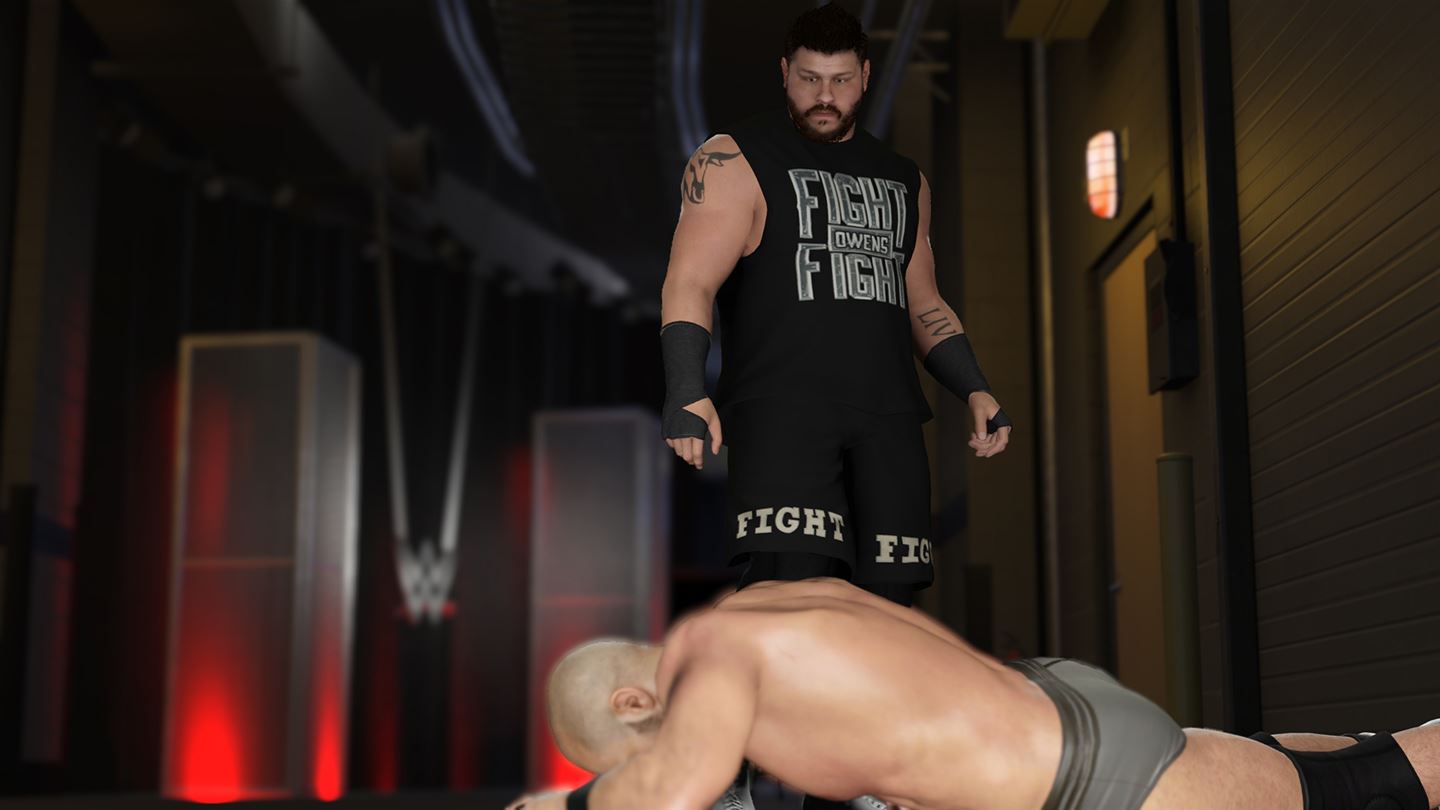 Ok, that’s enough of me moaning, as despite the fact that this does represent something of a disappointing entry in the franchise, it still has plenty of positives, and beyond the enhanced core gameplay and generally sharper visuals, WWE 2K17 does deliver a more polished experience than ever before. From the cleaner front end to a host of improvements made to both the MyCareer and WWE Universe modes, those able to overlook the lack of 2K Showcase will be treated to a familiar but undoubtedly superior wrestler.

MyCarrer might be largely the same as it was last year, but the new Promo Engine does add some additional spice to proceedings and certainly brings the experience closer to the real thing than ever before. The ability to call out other wrestlers, interrupt matches and choose what you want to say at key points in your career gives you greater control over your journey towards becoming a heel or a face, and while the mannerisms and dialogue options don’t always match your wrestler of choice, it does deliver that sense of showmanship that the WWE is famous for. Sure, the rest of MyCareer is all pretty familiar, but it was an already great mode and thanks to the Promo Engine, is now better than ever.

The same is very much true of the updated and improved WWE Universe mode. All of the content found in last year’s release is here but it’s a tad more polished this time around and now includes an all-new Show Presentation system that allows for a more natural progression through the scheduling rotation with rivalries built up between episodes of Raw, SmackDown and NXT. Again, it’s hardly reinventing the wheel, but in terms of improving an already polished game mode, the Show Presentation system arguably does just enough to make WWE Universe mode feel fresh for another year.

The other notable change comes in the form of a decidedly cleaner front end. It might not sound like a big deal on paper, and yeah, I guess it’s not that big a deal, but it’s amazing what a smarter menu design can do for a feature rich sports game of this ilk. A convoluted and clumsy front end might not affect gameplay, but it does make for a less inviting and altogether messier introduction. WWE 2K17 is now more in line the super slick likes of FIFA and Madden and is all the better for it. 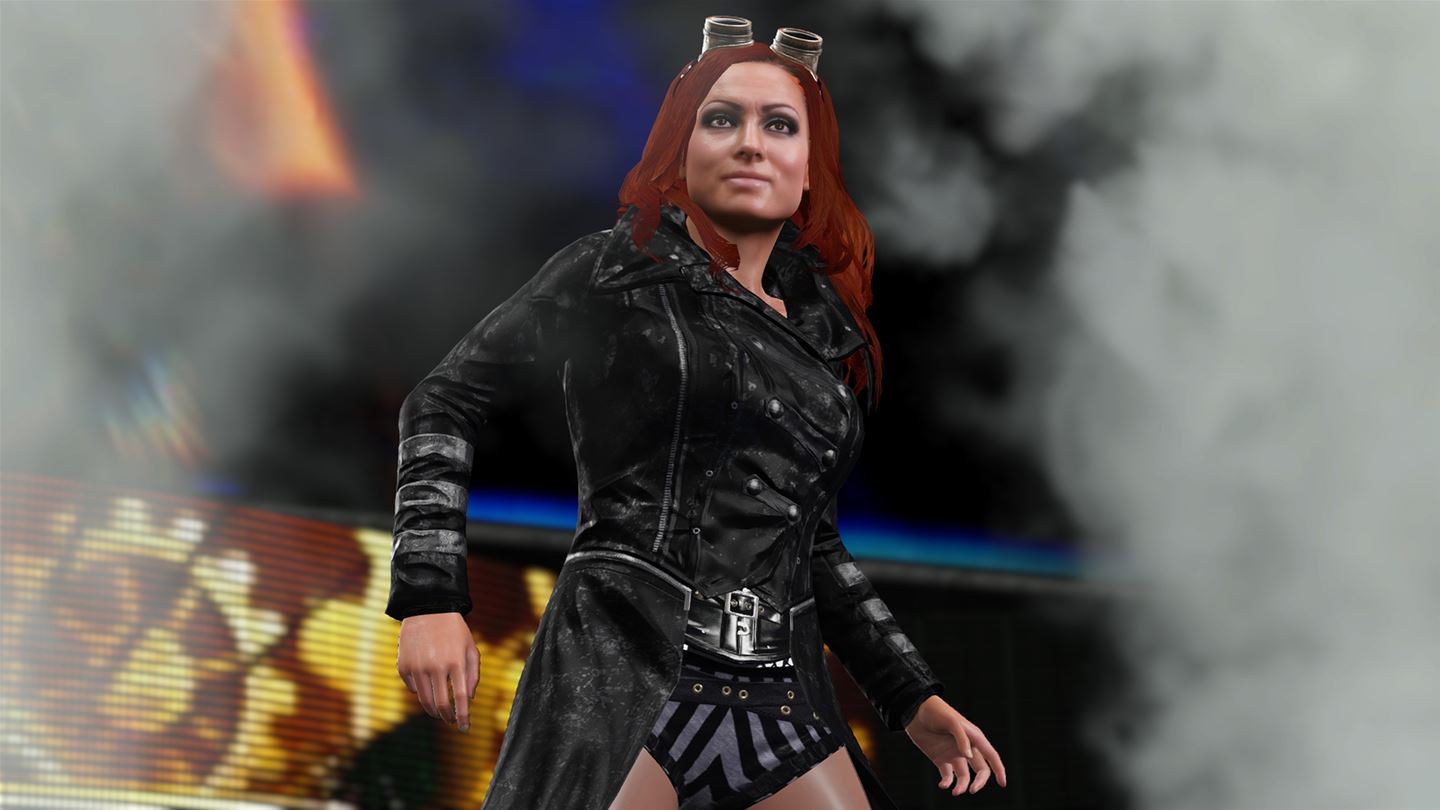 Other than that, well, it’s pretty much business as usual. In fairness, the roster, despite some very notable omissions, is an absolute beast this year with the inclusion of a much wider variety of Divas proving a particularly positive move. As always, the visual quality of each fighter varies wildly, but the games’ biggest stars continue to look great (even if some of the animations are still a tad clunky). The disparity in quality can be jarring at times (putting The Undertaker in the ring with Big Cass looks like a fight between the Xbox One and the Xbox 360), but these issues are par for the course, and despite the occasional stinker, most of the roster looks the business.

The incremental improvements made throughout WWE 2K17 are all for the better; the visuals have been upgraded, the front end is tidier, Promo mode and the Show Presentation system prove welcome additions and the roster, despite some surprising omissions, is stronger than ever, but with the usually brilliant 2K Showcase missing in its entirety, it’s hard to recommend WWE 2K17 over its immediate predecessor. Yes, the core mechanics are improved across the board, but the WWE 2K series has been in need of a major overhaul for the past few years and despite the high level of polish afforded to most aspects of the package, there is no getting around the fact that WWE 2K is starting to fee increasingly bloated.